Hundreds of spam accounts have left negative reviews of the film Farha on the movie rating site IMDb, in what appears to be an organised campaign.

Streaming on Netflix and set during the Nakba of 1948, the film revolves around a teenage girl who watches Zionist militias kill her entire family, including a baby.

Jordanian director Darin Sallam says her debut feature is based on actual events, which she first heard about from her Palestinian father.

The film has been slammed by Israeli officials but Palestinians reject such criticisms, arguing that abuses like those depicted in the movie are documented to have happened.

Following the Israeli censure, the film’s ratings have dropped dramatically on IMDb, one of the internet’s most popular film review sites.

On 1 December, the film’s ratings went from 7.2 to 5.8 in a matter of hours, in what many activists and campaigners have called a targeted campaign.

According to activists, many of the negative reviews appeared to have come from the same source, containing similar comments, such as calling the film “one-sided” or a “big lie”.

One review, titled “propaganda and fantasy”, awarded the film one star and called it an “over emotional drama”.

Former Al Jazeera journalist and influencer Ahmed Shihab-Eldin says the negative reviews were part of an orchestrated effort to discredit the film and stop people from seeing it.

“The pacing of the posts reveals it was co-ordinated,” he told Middle East Eye.

“With each passing hour, dozens and dozens of vapid and vile reviews would appear, making wild accusations trashing the film. It was clear people had not seen the film, and only wanted to damage its reputation,” he added.

According to Shihab-Eldin, many of the accounts posting negative reviews of the film were newly created.

He says that around 1,000 negative reviews suddenly appeared on the website during a 24-hour period, which contained “inflammatory and hateful language”.

At the time of publication, the average review rating of Farha on the IMDb page sat at 8.1, suggesting the website had removed inauthentic ratings.

While the Nakba is well documented, it does not feature prominently in Israeli public discourse.

More than 700,000 Palestinians were either expelled or fled during the events that preceded the establishment of Israel.

Many left at gunpoint and others left after hearing about atrocities committed by Israeli soldiers. The most famous of these include the massacres at Tantura and Deir Yassin.

A number of Israeli historians, including the University of Exeter academic Ilan Pappé, have written extensively about Israeli atrocities in the lead-up to the state’s establishment.

Shihab-Eldin said that the smear campaign against the film is part of an ongoing pattern with other Palestinian films and stories.

“For too long, any time Palestinians share their own stories, that affirm our existence, our humanity, it is immediately targeted by Israel… it’s as debilitating to deal with as it is destructive,” he added.

According to Shihab-Eldin, the goal of the campaign is to silence Palestinian voices and discourage them from telling stories about the Palestinian experience.

Sallam said that she was moved to direct the film after being told the story by her father at a young age, and says it was based on real incidents.

“I’m not afraid to tell the truth,” she said in a media interview in 2021, when the film premiered at the Red Sea International Film Festival.

“This is why I decided to make this film. Not because I’m political, but because I’m loyal to the story I heard,” she added.

‘I think it says a lot about the collective state of anxiety in Israel, and the Israeli public’s inability to confront its past’

Since the film came to Netflix on 1 December, Sallam has faced a barrage of abuse, with hundreds of people harassing her across her social media profiles.

Shihab-Eldin said that while there has been an increase in harassment and online bullying, this has been outweighed by the positive feedback.

He explained that the response to the movie illustrated Israel’s inability to recognise the circumstances of its creation and its continued poor treatment of Palestinians.

“I think it says a lot about the collective state of anxiety in Israel, and the Israeli public’s inability to confront its past,” he said.

“Israel forbids the release of any documents detailing forcibly deporting Palestinians, violating their human rights, including war crimes,” he added.

“That is why Farha is so important and meaningful; it shows us, through the eyes of a 14-year-old girl, the truth of how harrowing the Nakba was, and that includes the loss of innocence on all sides.”

Pro-Palestine activists have responded with a counter-campaign, with many leaving positive reviews on the IMDb website, bringing up ratings again.

“There has been an outpouring of support, not only because it’s a powerful and beautifully made film, but because there is a hunger for this storytelling,” Shihab-Eldin says.

“It is a difficult film to watch, [one] that requires anyone watching it to confront a painful reality that is too often swept under the rug.”

Following the barrage of negative reviews, Shihab-Eldin says that Sallam called him and told him of the efforts to discredit the film.

He responded by making a video about it on Instagram, calling on people to leave positive reviews on the website. 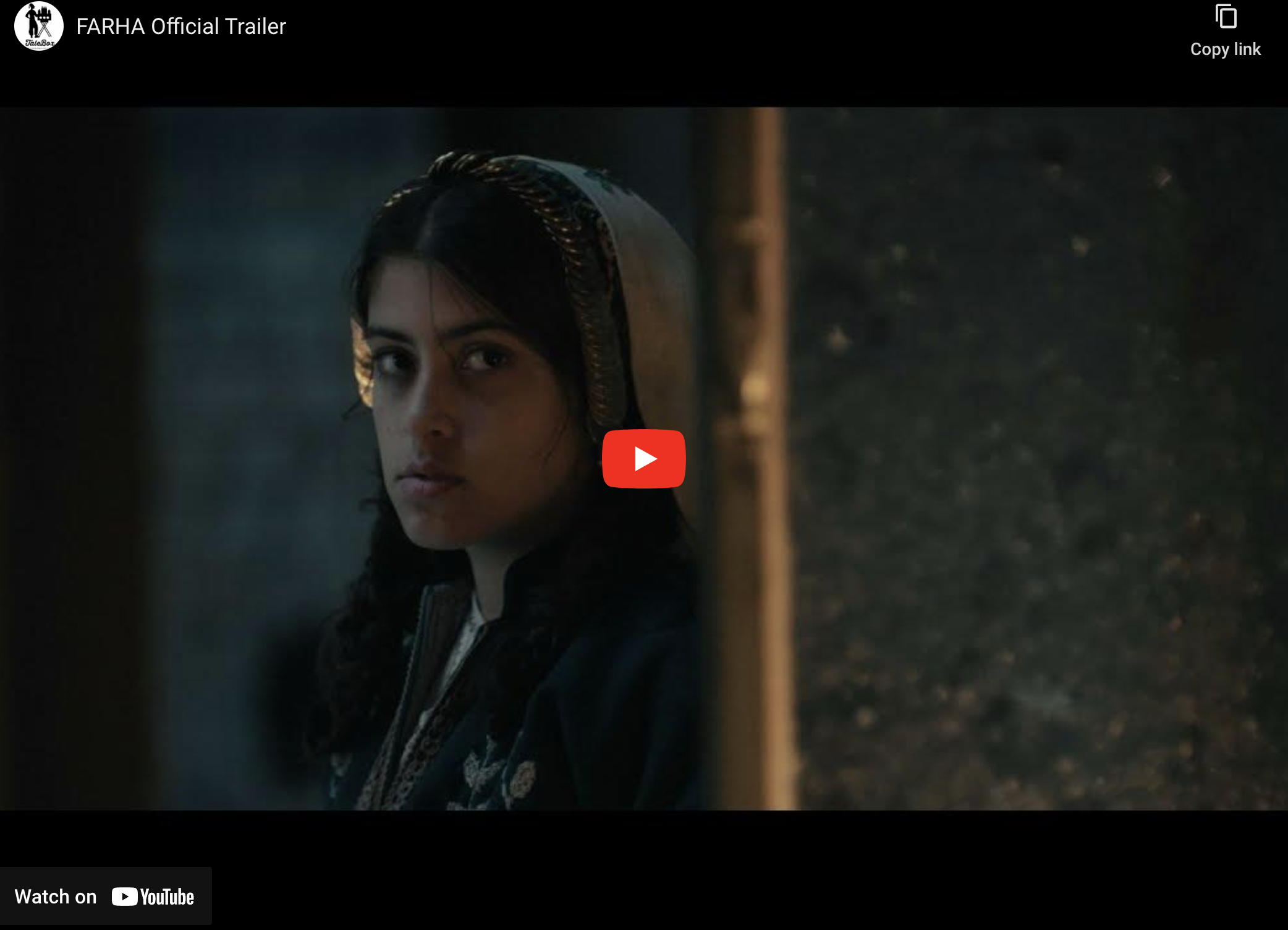 Thousands of people responded to his call and left their positive reviews online.

“One of the best movies I’ve ever watched. Exposing the truth about Palestine and how people of Palestine suffered from occupation,” one review reads. It has since been upvoted over 180 times.

“Very rarely do filmmakers have the courage to tell a truthful story that goes against decades of misinformation that’s seen today… the young girl in the movie represents all the feelings of generations of people who were displaced from their homeland…” another review states. 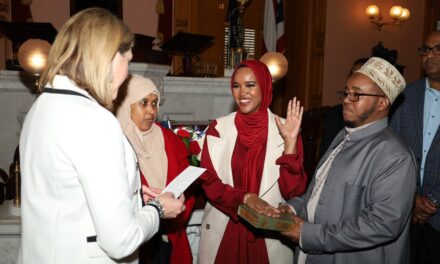