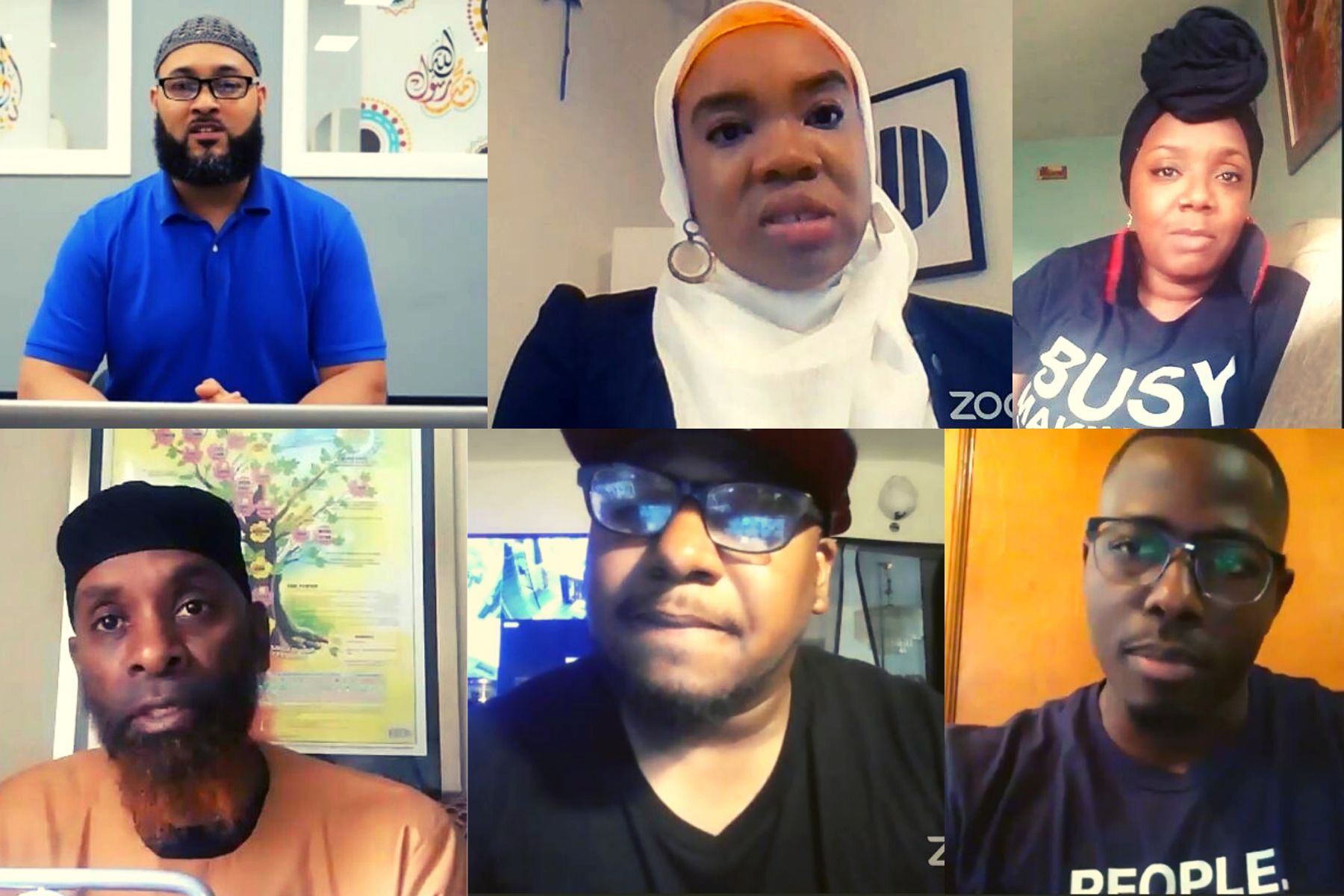 Last Friday evening, Ma’ruf Milwaukee held the second panel discussion of its series Silence is Violence/Black Lives Matter, inspired by the killing of George Floyd in police custody and the weeks of protests that followed in Milwaukee and around the world. In Part 2, community activists and leaders focus on specific strategies for change.

What follows are edited excerpts from that discussion. The full discussion is available at:

Nazir Al-Mujaahid moderated the panel. Al-Mujaahid is the program manager of Ibrahim House, mentors youth at Milwaukee’s Ma’ruf Center for Youth Innovation, and is the author of Muslims Parenting on Purpose, vol. 1. He began the discussion by asking for “some actionable strategies” for becoming an “ally” of the “rebellion that’s happening now.”

Markasa Tucker: What is different about this moment? I feel like we’ve actually leveled up. . . . We’ve hit this sweet spot where we can take our city to another level around strategizing, organizing, and not just mobilizing, to get some of the things we want from within this system as we’re building up our own alternatives. . . . If we are smart, with the energy that is happening in our city, we will take that mobilizing and really organize them. . . . When I came in, working with the Coalition for Justice,[1] it was my first time being a part of social justice work, so I was being politicized myself. You have to be able to be with people and gain their trust and come from a genuine place . . . and see where you fit in until you begin to walk into your own purpose. . . . It takes time to build. It takes time to educate our leaders, and they go out and educate their bases, and then we get turnout, and then we get what we want.

Sr. Sumaiyah Clark: The first time that I became familiar with organizing was in college. I went to UW-Whitewater, and we had some white fraternities that were doing homecoming activities in blackface. I quickly realized that, while I could get behind the mic or the megaphone, that was not my primary strength. My strength was to go to the Chancellor’s office and make sure that every student, if they were going to graduate, they were going to have to do a diversity class, to make sure that [for] every single person who had some sort of infraction, there were accountability measures put in place. I think the idea is to help young people understand that, yes, it’s important to mobilize and to have a voice, but there are many ways you can go about that based on your strengths. It could be writing, it could be organizing, it could be setting up stuff, it could be trying to do fundraisers. There are lots of different ways that you can get involved in this work.

Sean Wilson: You know, at the ACLU, we’re known for suing folks, for suing the government, I should say. But we’re also doing a lot of community education . . . . There are a variety of trainings that we offer through our Community Engagement department in addition to the litigation work that we do. Our primary campaign at the moment is our Smart Justice Campaign, which is a nationwide campaign that is committed to decarcerating and fighting racism within the criminal legal system. Policing is within the scope of this work as well, because we understand that the first point of contact for an individual interred into our criminal legal system is through policing. We are very intentional that we center the voices of impacted people because we continue to believe and lead with [the idea] that those who are closest to the problem are closest to the solution. So we want to make sure that their voices is heard, and we want to make sure they’re informed [about] policy and legislation that comes out of the work that we’re doing.

Br. Will Perry: Back in the 60s and 70s, you didn’t have this technology that you have now, getting this information out [so that] you can understand what the narratives are. Now you can certainly change the narrative, you can change the opinions of people. You have people coming from all over, all walks of life, being made aware through technology. Now you have people all over the world feeling the impact of what’s happening in the U.S. . . .  [But] if you don’t make your own narrative, somebody else is going to do it for you. We have to be sure we continue to work together because we can be fragmented. As Sister mentioned . . . everybody needs to find their niche.

Vaun Mayes: One of my asks, and I’ve been talking about it for a while, is a red-flag system. What we see in a lot of these officers, including two of the ones dealing with George Floyd . . . , [they] have a lot of hidden, tucked away complaints in their personnel file, which, if they could have been checked about that a long time ago, would not have escalated. . . . When people get to do bad behavior and have it hidden for them . . . , they elevate it because they feel empowered, and they do feel like the blue code or the blue line has my back, and I’ll never get in trouble and I can shoot people and they gonna take care of me. . . . This is why you get officers like Dominique Heaggan-Brown[2] who can rape somebody, take them to the hospital, sit there with them, have this person wake up and say, “You raped me,” [and] this guy thinks it’s okay to text his superior officer and say, “I need help with this.” You should not be that comfortable to do something like that. . . . If we have a red flag system, we will be able to pick out these officers. . . . This is why there is no confidence in the Chief[3]. They come up with new SOPs[4] all the time. They come up with new task forces all the time and ask for money for them. They work at their own pace. [We] just don’t have the time to allow them to stall us out anymore.

Sean Wilson: What we’re seeing right now with the passion of these young folks who are out on the streets – they are fed up. So they’re in the streets demanding accountability. . . .We who have been doing this work for a long time have to make sure we’re giving guidance to the younger generation, to show them the path so they can walk into it and lead it according to their own vision.

Coach Nazir: There is no separation between the prayer of the oppressed and God. None. . . . The first thing we must do is clean our houses too and be truthful with ourselves. This is real talk because this is real life. I have six sons. Statistically, three of them are going to be locked up or be under supervision whether they are guilty or not.

Markasa Tucker: Donate to organizations like Vaun’s or Metcalf Community Bridges. . . . Or email us at liberatemke@gmail.com and visit our website, https://www.liberatemke.com/, for upcoming trainings and events.

Vaun Mayes: I want people to make commitments, and I want them to stick to those commitments. We all are here with a purpose for the greater good of each other.

Sean Wilson: Donate to black-led organizations. . . . In the words of Helen Keller, alone we can do so little, but together we can do so much.

[1] The Coalition for Justice, founded in the wake of the 2014 killing of Dontre Hamilton by a Milwaukee police officer, is where Tucker got her start as an organizer.

[2] The officer acquitted in the shooting death that sparked the 2016 unrest Sherman Park. He was released from prison last February after serving time for sex crimes and is now a registered sex offender. 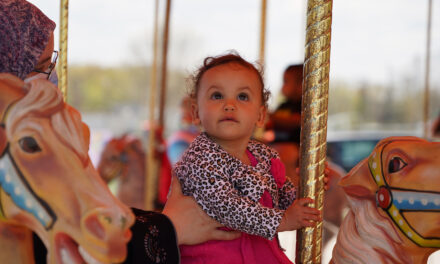 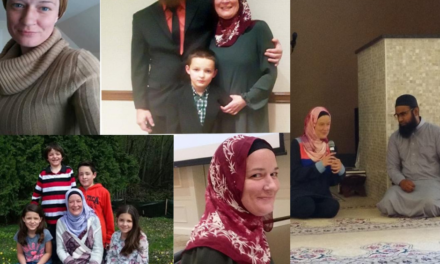 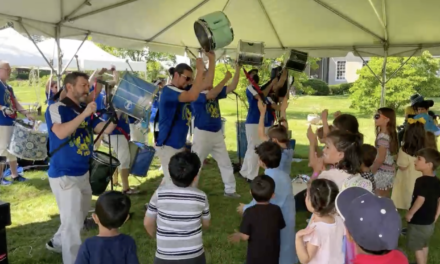 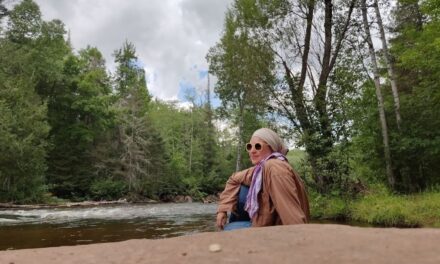