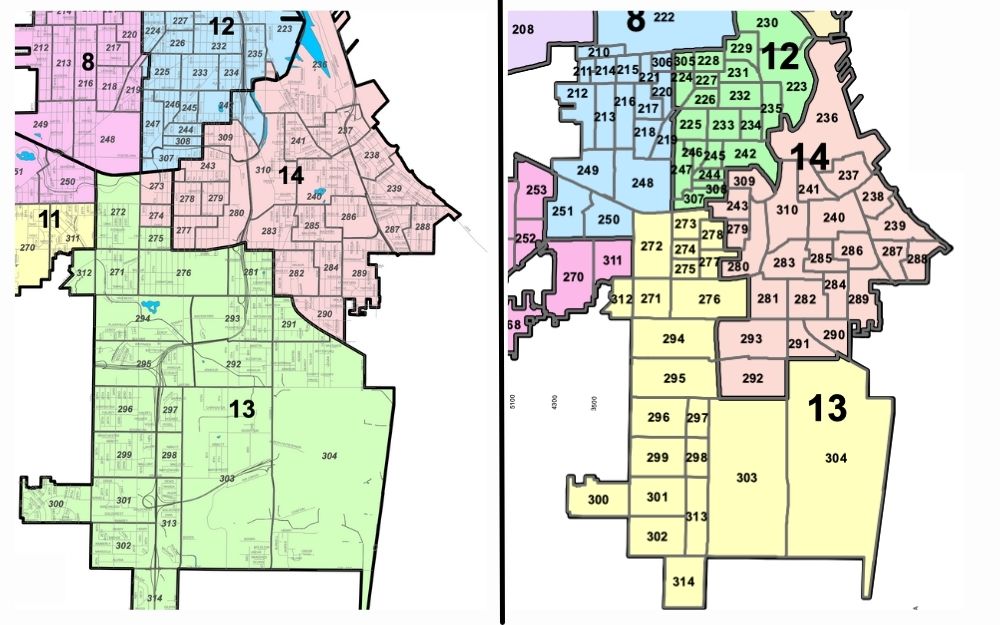 Milwaukee’s Muslim community changed the course of a Common Council committee’s decision Monday on redrawing district maps, preventing the dilution of Muslim voting power in the city and also inadvertently raising tensions with one of its key allies, Milwaukee’s Hispanic community.

After representatives of the Muslim community told the council’s Judicial & Legislation Committee new redistricting proposals to create a third majority Hispanic district would divide and harm Milwaukee’s Muslim community, and are possibly illegal, the committee unanimously endorsed the map that had been approved in November, one that does not impact the voting power of the city’s Muslims.

The full Common Council will take up this issue at its meeting on Tuesday.

Muslim community leaders are calling this victory an important step forward in Muslim political engagement in the city and in protecting the community’s rights.

When the decision was announced Monday night, “I felt relieved,” said real estate developer Nabil Salous, who spoke about the Muslim community’s concerns at Monday’s six-hour meeting.  “Alhamdulillah. Without our intervention, one of the proposed maps would have sailed through. Instead, they went back to the original map. This was the best outcome we could have asked for.” 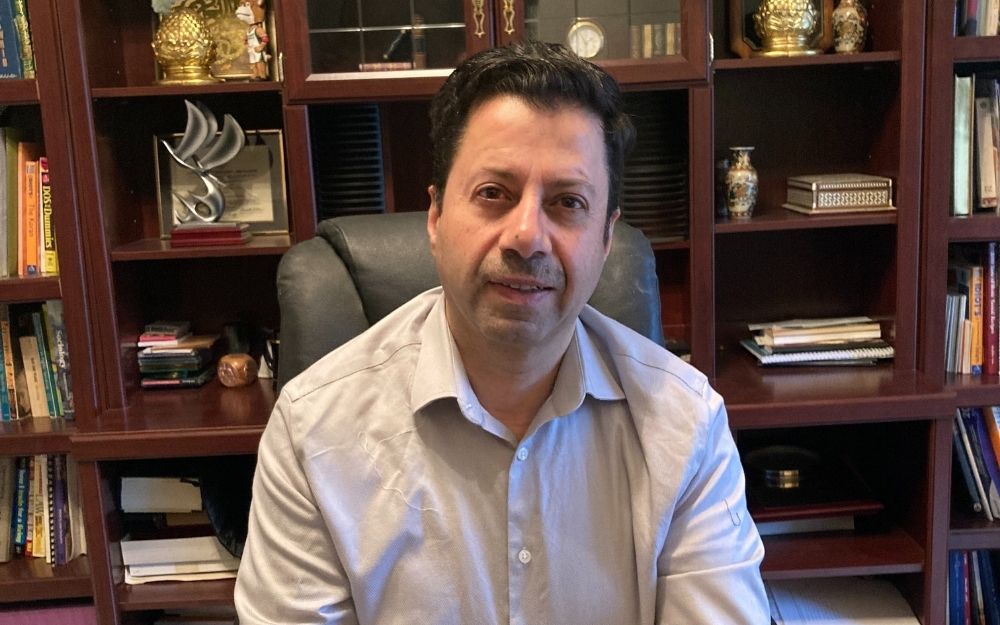 What has happened so far

Every 10 years, the U.S. Census Bureau administers a census and the City of Milwaukee conducts a redistricting process to ensure the aldermanic districts reflect population changes. In the past decade, both non-Hispanic white and non-Hispanic Black populations have decreased in the City of Milwaukee while the Hispanic population has increased. The 2020 census has Milwaukee at 39.3% Black, 32.3% white, 20.1% Hispanic and 5.6% Asian.

Then mayor Tom Barrett (he resigned Dec. 22 to become the U.S. ambassador to Luxembourg) vetoed the new map after heavy lobbying from LatinX stakeholders for a third Hispanic-majority district to reflect the growth in the Hispanic population in the city.

Interested groups proposed alternative district maps. Most of them shifted the boundaries of Districts 13 (the far southside Garden District) and 14 (Bay View and surrounding neighborhoods) to create the city’s third Hispanic-majority district.

“I felt deep in my heart that it wasn’t right,” Salous said in an interview Wednesday with the Wisconsin Muslim Journal.

“We did a lot of homework,” Salous said. He and other community leaders prepared for the committee meeting. They researched the situation, poured over court cases and sought legal advice.

Was this racial gerrymandering? Salous asked. By definition, gerrymandering is when a political group tries to change a voting district to create a result that helps them or hurts another group.

After a closed session with the city attorney, the committee concluded that any of the proposed maps would not stand up to a legal challenge, Urban Milwaukee reported. Urban Milwaukee president and co-founder Jeramey Jannene explained in his report:

“The council and community members’ explicit rationale for considering changes was race and, under the legal standard of strict scrutiny, the council could only consider race if it was correcting a federal Voting Rights Act violation. The City Attorney’s Office believes no such violation exists with the earlier map, but did previously provide Barrett advice on the legality of vetoing it and extending the process. 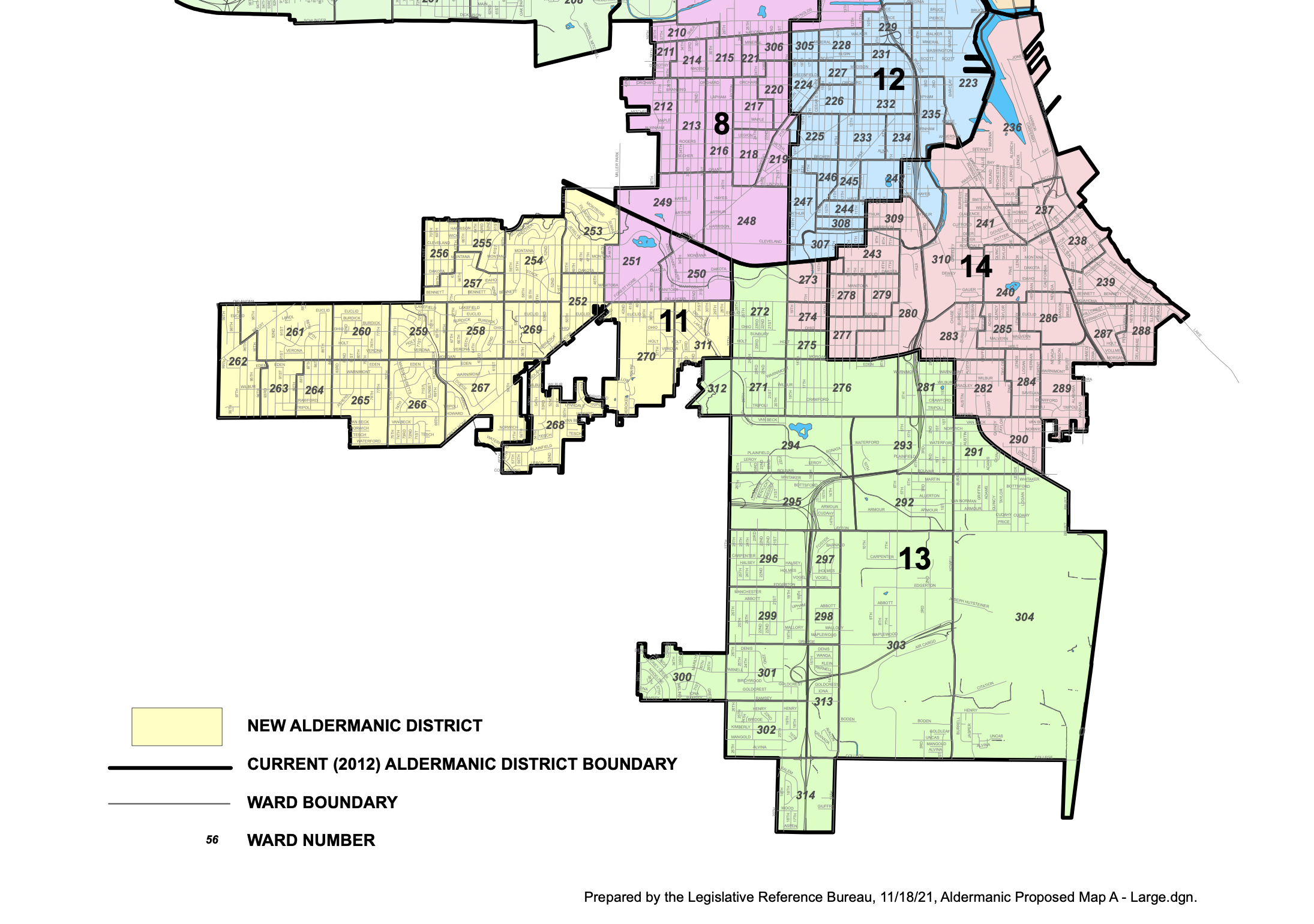 After intervention from the Muslim community, Milwaukee Common Council’s Judiciary & Legislation Committee endorsed the original map approved by the council in November.

Muslim leaders react to the decision

President and founder of the Milwaukee Muslim Women’s Coalition Janan Najeeb said: “The 13th district has the largest Muslim population of any district in Wisconsin. Anyone that lives, works, worships or hangs out in this district is well aware of the phenomenal growth of the Muslim community which represents at least two dozen ethnicities and various races. Keeping the wards with Muslim representation together is our only hope in the future for realizing our own political aspirations for representation.”

At the same time, Najeeb is hopeful Muslim-Hispanic relations will remain strong.

“The LatinX communities are friends and longtime allies,” she said. “Their struggles are our struggles and their successes are our successes. However, in the process of achieving a third LatinX majority district, it is important not to inadvertently affect the ambitions of other smaller communities.

“We worked hard to reach an understanding and we applaud Alderwomen JoCasta and Marina and Darryl Morin of Forward Latino for their sincere efforts in working with us. At the end of the discussions, we agreed to each plead our case and leave it to the Common Council to decide. We ourselves were surprised by the decision that was reached but we hope this is an opportunity to come together and see how to best work together for the success of both communities.”

Wisconsin Muslim Civic Alliance Executive Director Wassim Malas said, “While our community is rapidly growing, we are still relatively small. By dividing our community in half through redistricting, our ability to promote our interests would be drastically diminished.

“I think there’s a mutual understanding between our communities (the Muslim and the Hispanic communities). We generally see each other as potential allies. From time to time, we may disagree on things. Redistricting happens to be one of those things.”

Will Perry, president of the Wisconsin Muslim Civic Alliance, said, “In Islam, the rights of neighbors and good stewardship go hand and hand. Muslims have an obligation to support collective negotiations when it comes to the sharing of resources and political power with our neighbors by means that are lawful and not harmful. We hold to the belief that our neighbors have extensive rights over us but not at the compromise of our own right to fair representation under the law.

“I applaud the city’s decision to maintain its current map,” he said. “As it stands, it appears to be a fair compromise for all citizens of Milwaukee. This decision strengthens Milwaukee’s commitment to diversity with a balanced approach to governance, fair representation and shared resources.

“I pray the relationship with our neighbors will continue to be one of mutual understanding, respect and collaboration,” Perry added. He cited several Islamic traditions “that come to mind:”

Abdullah bin Umar(R) reported: “Messenger(S) of Allah said, “The best of companions with Allah is the one who is best to his/her companions and best of neighbors…” Tirmidhi) 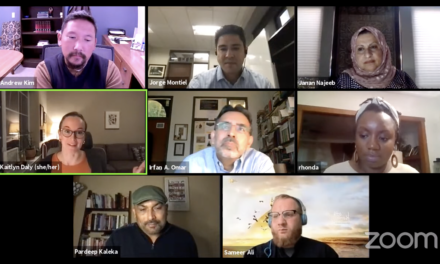 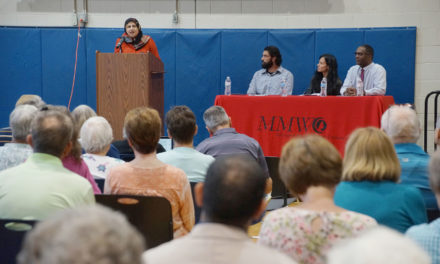 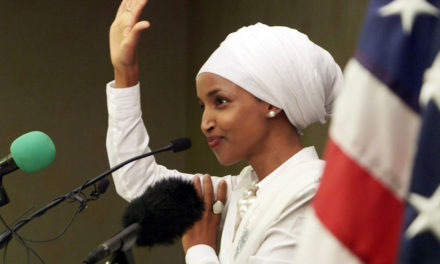