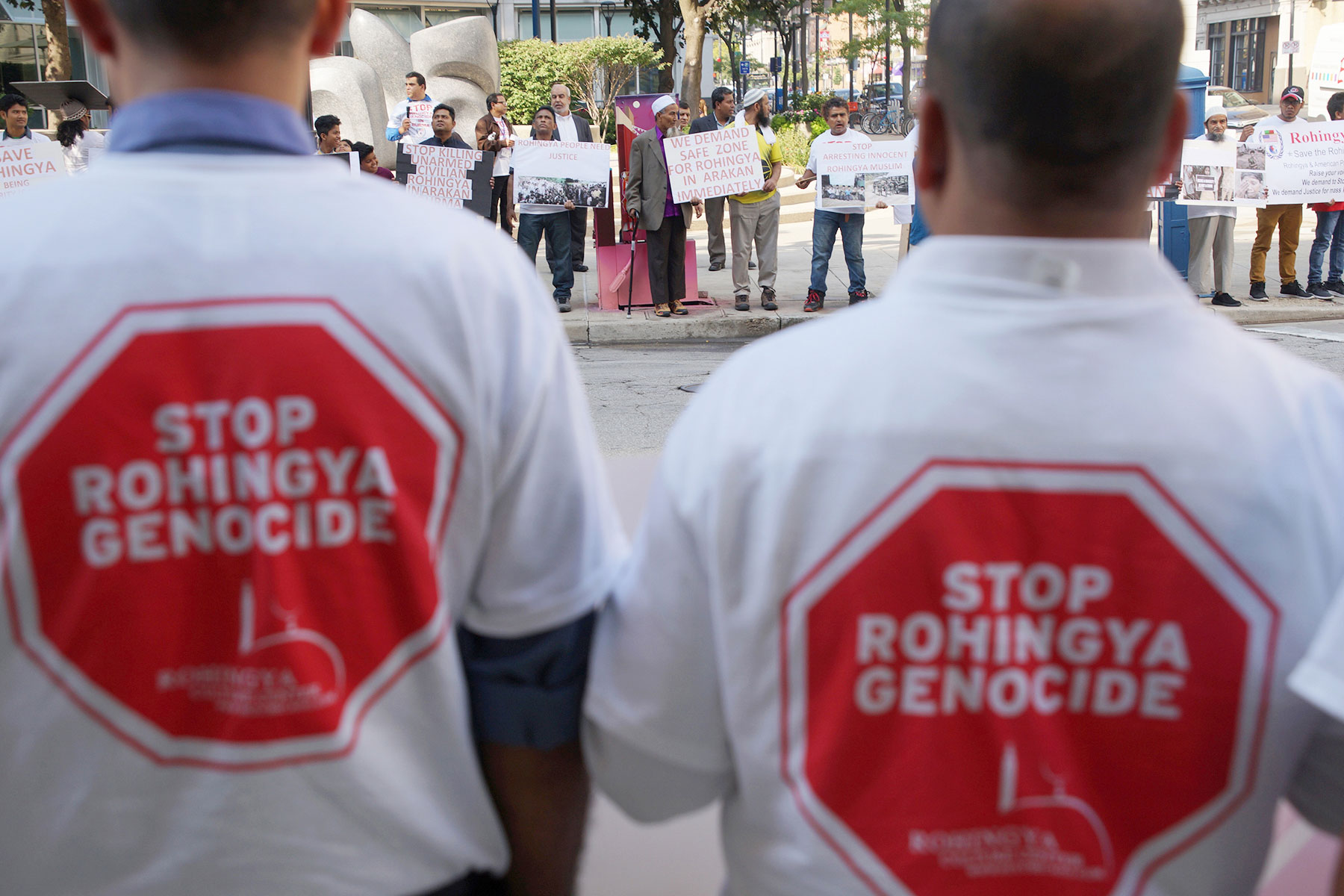 “If the political price of your ascension to the highest office in Myanmar is your silence, the price is surely too steep!” – Desmond Tutu

On September 15, more than 150 protesters, mainly Rohingya refugees, lined the street on 3rd and Wisconsin Avenue to urge elected officials to help put an end to the Genocide of Rohingya Muslims, also known as Burmese. Refugees from Burma are the largest refugee group in Wisconsin, with a total of 5,265 as of 2016. That total is 7 percent of the 73,000 in the United States.

Deeply troubling images of entire villages being burned to the ground, and hundreds of civilians being rounded up at one time and kiIIed in the most barbaric manner have been broadcast around the world, often times by the Rakhine Buddhists or the Burmese military in order to terrorize other Rohingya into fleeing the country. It was these same images that brought the protesters to the street downtown, and it was these images that they had on their signs and banners.

The Rohingya are indigenous people of Burma who have lived in their ancestral land for generations. Yet the predominantly Buddhist country views them as ethnic Bengalis due to their darker skin and their religion. The Rohingya were always citizens of Burma until 1982 when the military junta at the time, in what was condemned by the United Nations as sheer racism, decided to take their citizenship away. They are now considered a stateless people. The United Nations calls them “the most persecuted group in the world.”

Within one week, over 300,000 traumatized and starving Rohingyas fled to neighboring Bangladesh, a desperately poor country that cannot absorb them. Many of the protesters in Milwaukee were fearful for family members and unsure what became of them. The Myanmar government has blocked food, water, and medicine to 400,000 Rohingyas that are now internally displaced. They have also refused to allow the United Nations or any humanitarian organizations access.

The United Nations believes that they are on the brink of genocide, with 52% of the women interviewed reporting rape and gang rape. The U.S. Commission on International Religious Freedom concluded that, “the deprivation of [Rohingya Muslims’] rights – by both government and societal actors – is one of the most profound human rights tragedies of the 21st century.”

The protesters on Wisconsin Avenue delivered a message to Senators Tammy Baldwin and Ron Johnson after their public display. They requested that the United States government, a powerful ally of Burma, put pressure on the leaders of Burma to:

For many of the protesters on Wisconsin Avenue on September 15, it was the first time they have had the opportunity to organize and participate in a rally. A public demonstration of this type in Myanmar would have lead to imprisonment, or even death. Dozens were recording every moment of the experience on their cell phones. The leader of the Rohingya American Society (RAS) in Milwaukee expressed hope that one day their fellow Rohingyas in Myanmar could experience this same freedom. 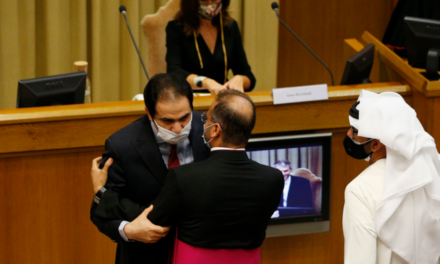 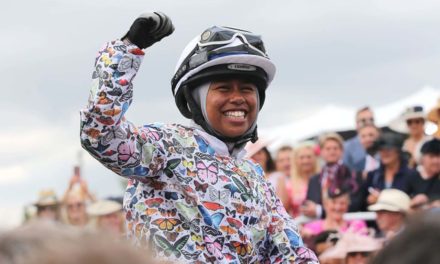