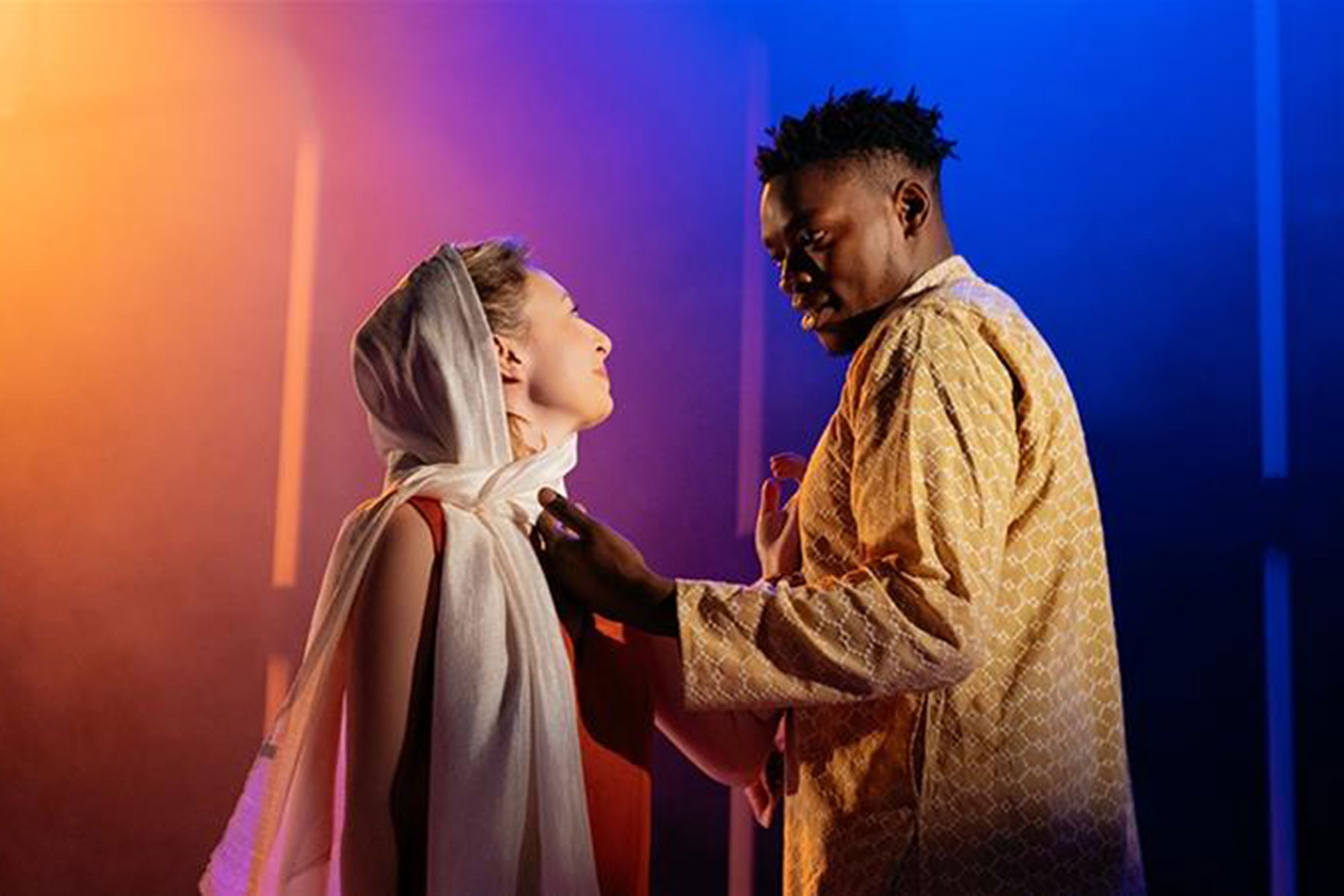 An adaptation of Othello subtly reinterprets the tragic hero’s religious identity, presenting to audiences the possibility that the Moor of Venice was a closeted, practicing Muslim.

Produced by the English Touring Theatre, there is an Arabic recitation in the opening scene and an image of Othello with his hands cupped in what is unmistakably a Muslim prayer.

“I was very aware of the racism Othello suffers because of his skin color, but there was a much more insidious and layered thing that was happening to him as an outsider,” said director Richard Twyman.

“The biggest thing is within the language, where Othello is constantly called the Moor. We know historically about the Moorish kingdom of Spain (where Spanish Muslims or Moriscos’ were forcibly converted to Christianity in 1492). But I never put it together that Moor might also be referring to Othello’s spiritual and cultural identity,” he said.

It was not until Twyman encountered the research of Jerry Brotton, professor of Renaissance Studies at Queen Mary University of London and author of This Orient Isle: Elizabethan England and the Islamic World, that it became plausible Islam was intrinsic to Othello’s identity.

Brotton said that a Moor is an inhabitant of Mauritania which is in northwest Africa. It is effectively modern-day Morocco.

“In this period in the 15th and 16th century, Muslims were referred to as black. There was no word for Muslim. It didn’t enter the English language until the second decade of the 17th century. But you have all these synonyms – Turk, Moor, Saracen, Persian, which are an attempt by an English tradition to describe Muslims.”

In addition to the opening prayer scene, in which Othello unfurls a prayer mat for him and Desdemona to sit on during their marriage ceremony, the play makes other references to his spirituality.

In the first line, Othello recites in Arabic the foundational invocation for Muslims: “In the name of God, the most gracious the most merciful.”

He also moves from one religion to another. A crucifix hangs from his neck throughout the play, but when he is told of his wife’s alleged infidelity, he raises his prayer beads and shouts in Arabic, “Ya Akbar, Oh, Great One.”

Viewed in the historical context in which it was written, Othello offers a glimpse into the economic and political anti-Catholic alliance between Elizabethan England and the Muslim world.

“Islam was not the enemy, and so to ally with Islamic imperial power and northwest African Islamic commercial, military, and naval power, was seen as highly appropriate.”

As well as sparking a three-decade correspondence between Elizabeth I and Sultan Murad III, this Anglo-Islamic alliance found its way onto the Elizabethan stage.

As Anglo-Islamic relations blossomed, the arrival in 1600 of Muhammad Al-Annuri, the Moroccan ambassador to Elizabethan London, is said to have been Shakespeare’s inspiration for Othello.

Wearing a flowing black robe and white turban, his portrait was painted to commemorate a military alliance between England and Morocco which never came to fruition. It is now the earliest surviving picture of a Muslim painted from life in England.

Othello is an exceptional, loyal and erudite character, but positive associations are attempted to be dashed when Senator Brabantio is informed of his daughter Desdemona’s relationship with the black Venetian general – “an old black ram / Is tupping your white ewe.”

He is also described as a man “of here and everywhere” who travelled from Cyprus to Aleppo.

“All those notions of the fear of cosmopolitanism, of people who cross cultures, languages and boundaries, this is the language that has fueled so much of right-wing discourse,” said Brotton. For Twyman, Othello was prescient.

“This play is a really sobering, shocking, really quite stark warning about what happens when we ‘otherise’ people, about giving into the Iago within us or the Iago in our society,” he said.

Victor Oshin, the actor who portrays Othello in the production, said the character’s experience resonated with his own. He said that growing up he had to downplay his identity to avoid being stereotyped.

“You lose certain parts of yourself when you have to assimilate. At the end of the play, Othello questions what he has become, what he has lost. It’s funny to see it being done 400 years ago when even now, even in myself, there are times when I say to myself, ‘Is this my true voice?'” 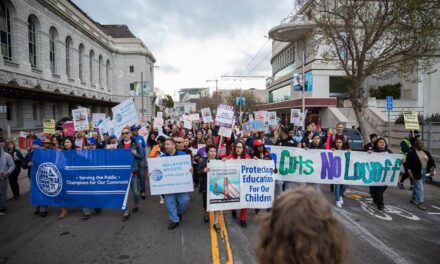