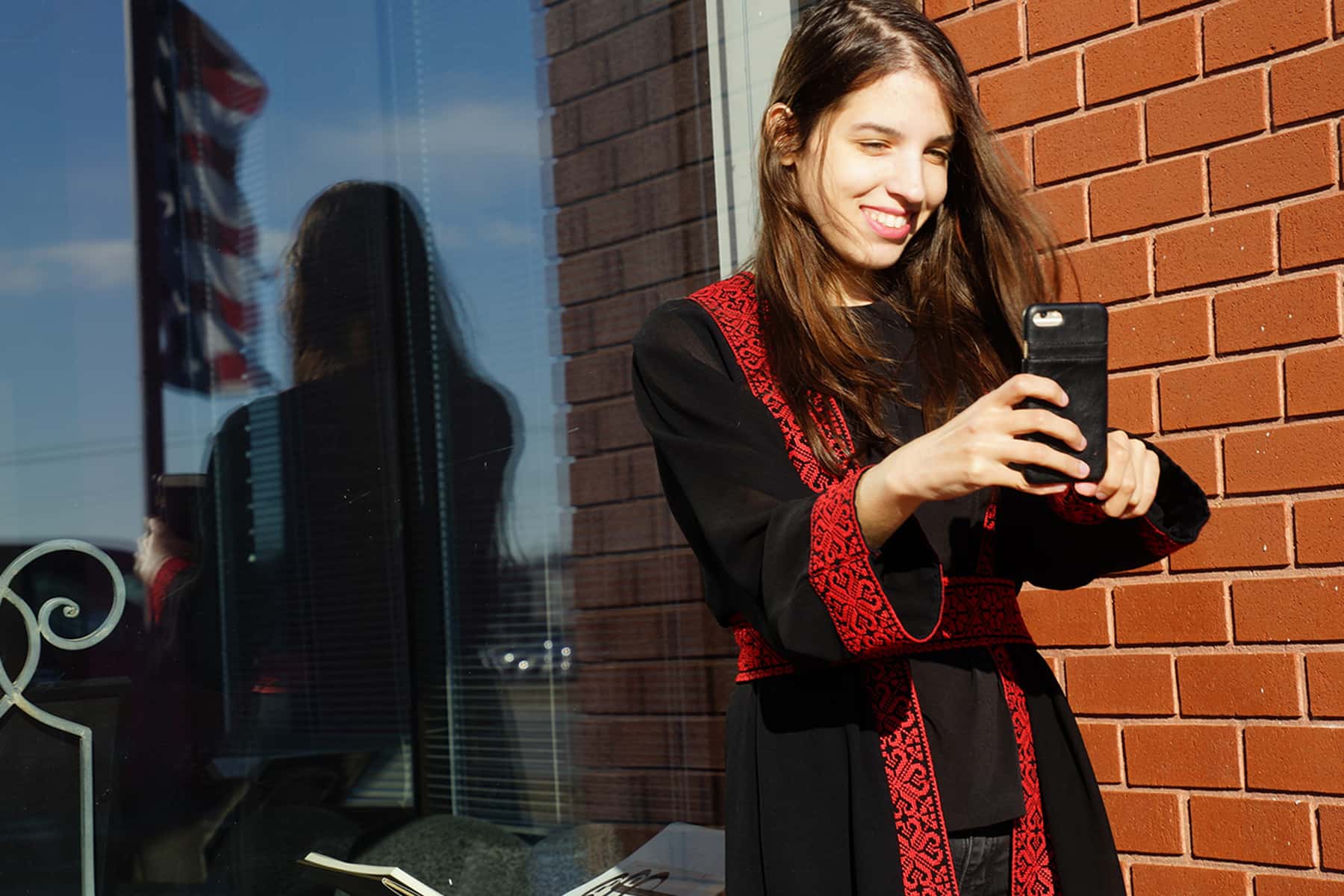 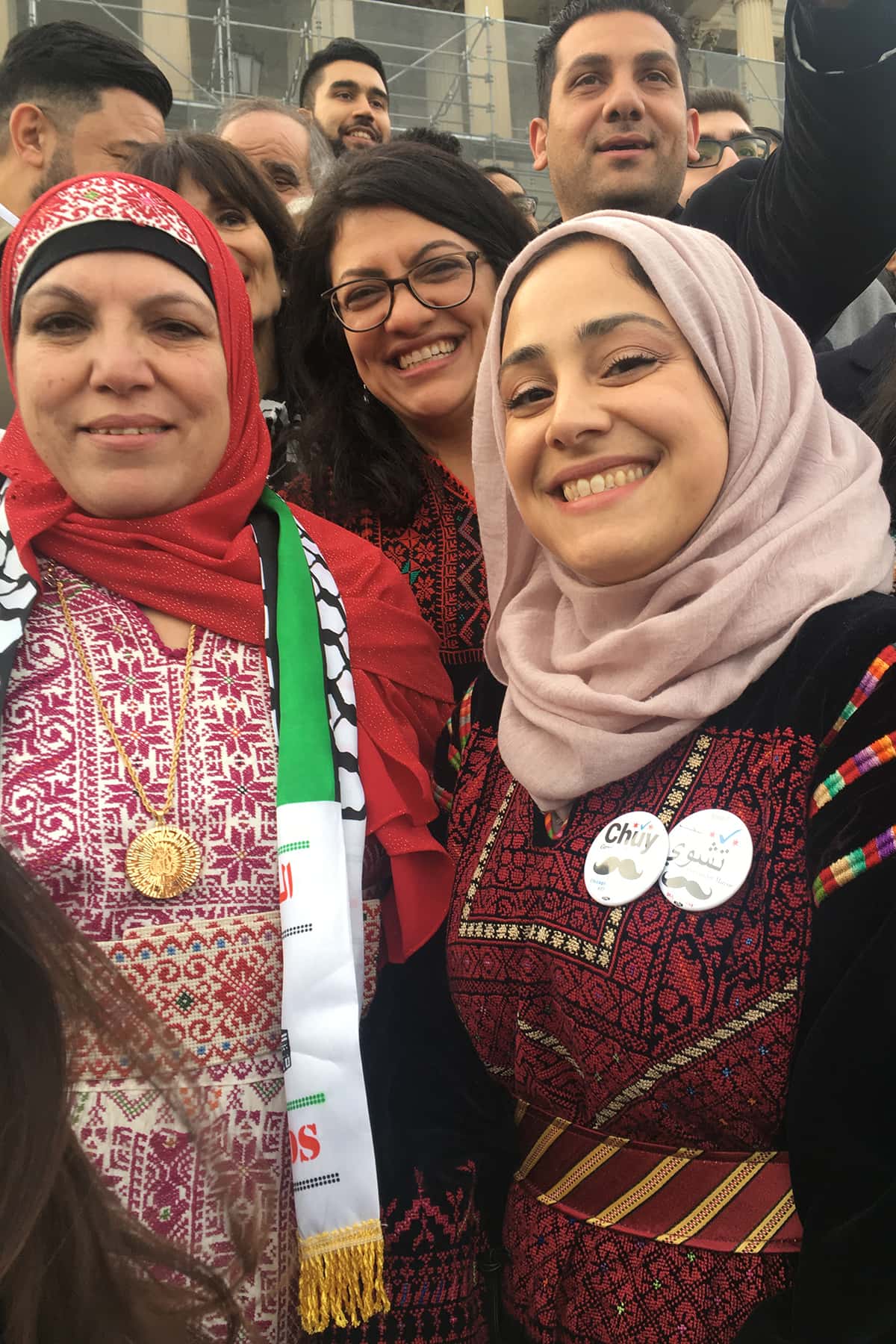 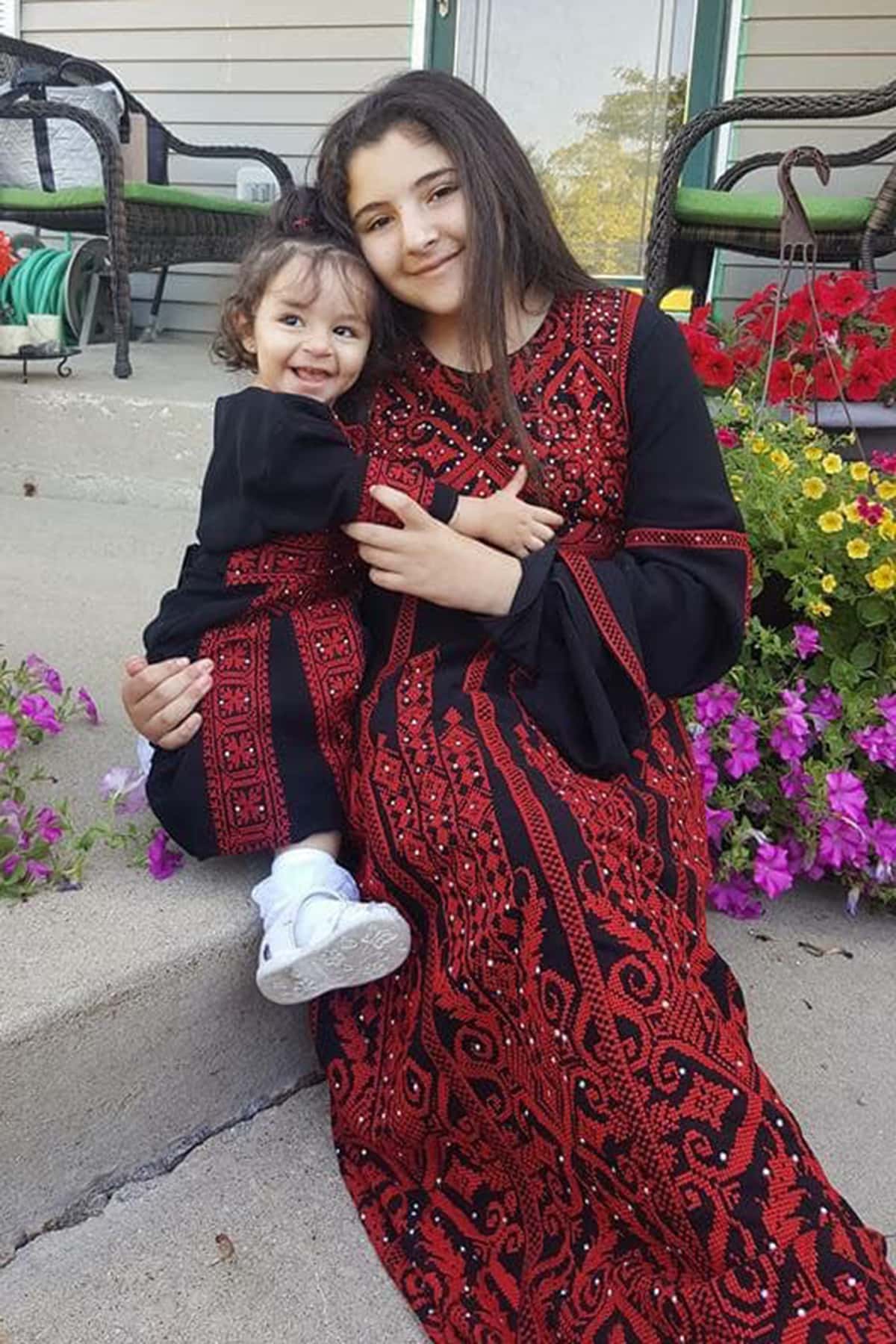 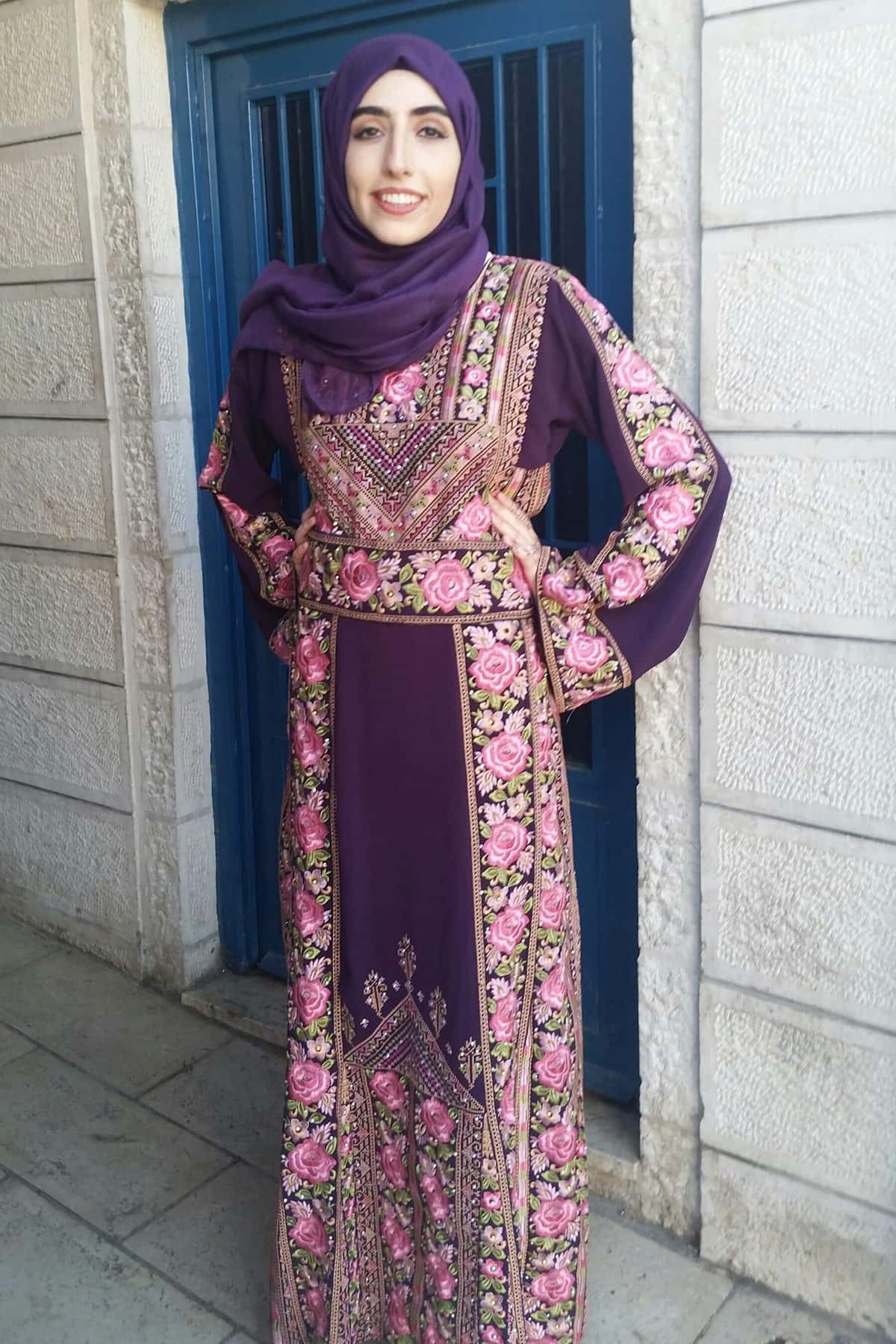 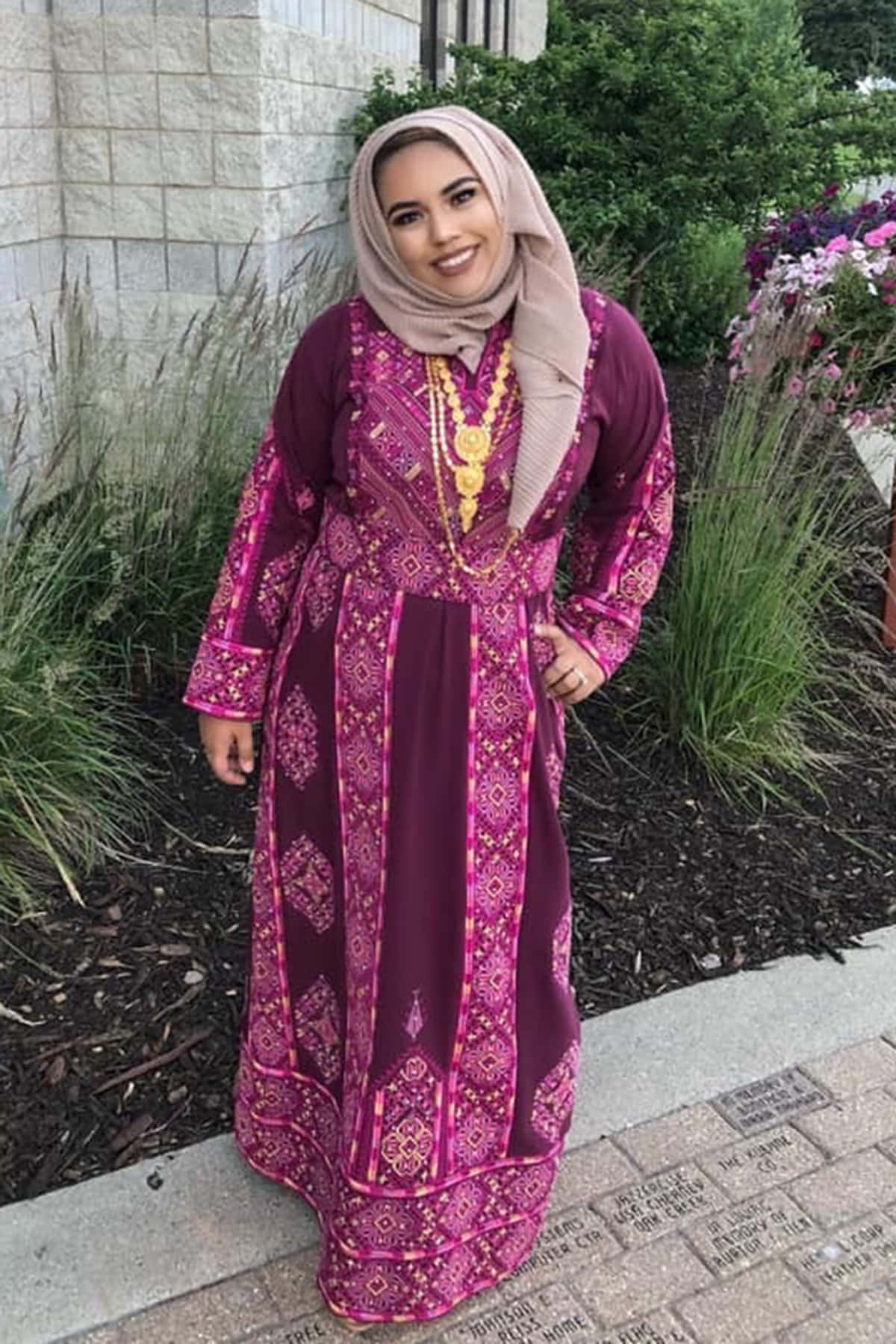 Women in Wisconsin and across the country used social media on January 3 to share photos of their traditional Palestinian gowns. It was a celebration of the day that Representative-elect Rashida Tlaib (D-Michigan) was sworn into the 116th Congress.

Along with Congresswoman Ilhan Omar (D-Minnesota), Representative Tlaib is one of the first two Muslim women to join Congress. She announced last month that she would wear a Palestinian thobe when she was sworn into Congress.

The hand-embroidered gowns are considered one way Palestinian women can show pride for their heritage. The gowns typically represent the city the person wearing the clothing is from.

Susan Muaddi Darraj, a professor and novelist from Maryland, created the #TweetYourThobe hashtag on social media, asking people to share photos of themselves in the traditional garment. She wanted to do something to educate people, while also celebrating Tlaib’s achievement.

“Palestinian-American women all have these thobes. They are given to us by our mothers and are often handed down through families,” Muaddi Darraj explained. “They are worn to very special occasions, weddings, baptisms and graduations, so it’s very appropriate she’s wearing this dress, which her mother gave her, to her swearing-in.”

Congresswoman Tlaib’s decision to wear a thobe on the House floor sparked a wave of social media users to share photos of themselves in the gowns with the hashtag #TweetYourThobe.

Congresswoman Omar will be the first person to wear a hijab or headscarf on the floor after gaining religious exemption from the 181-year-old rule barring hats in the chamber. 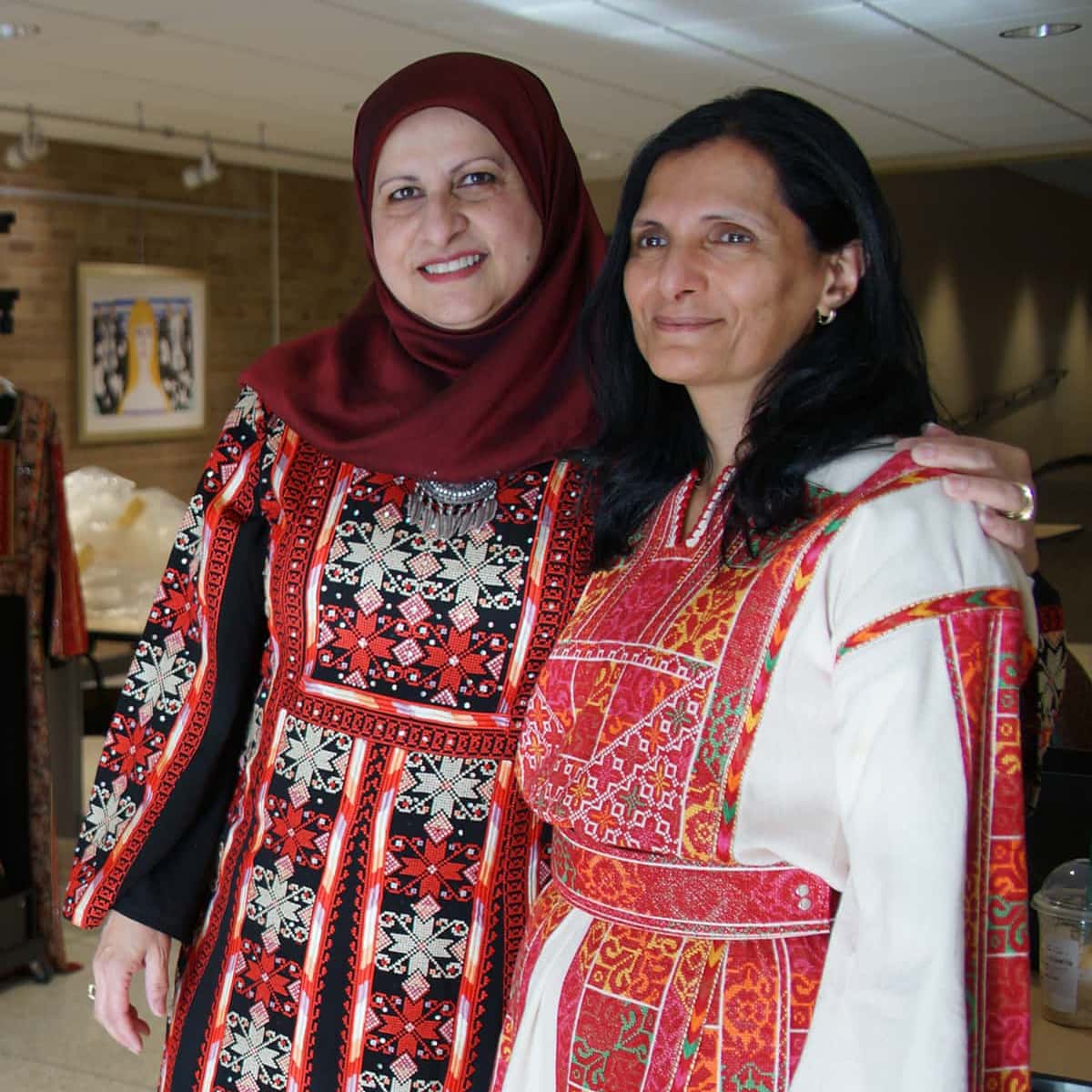 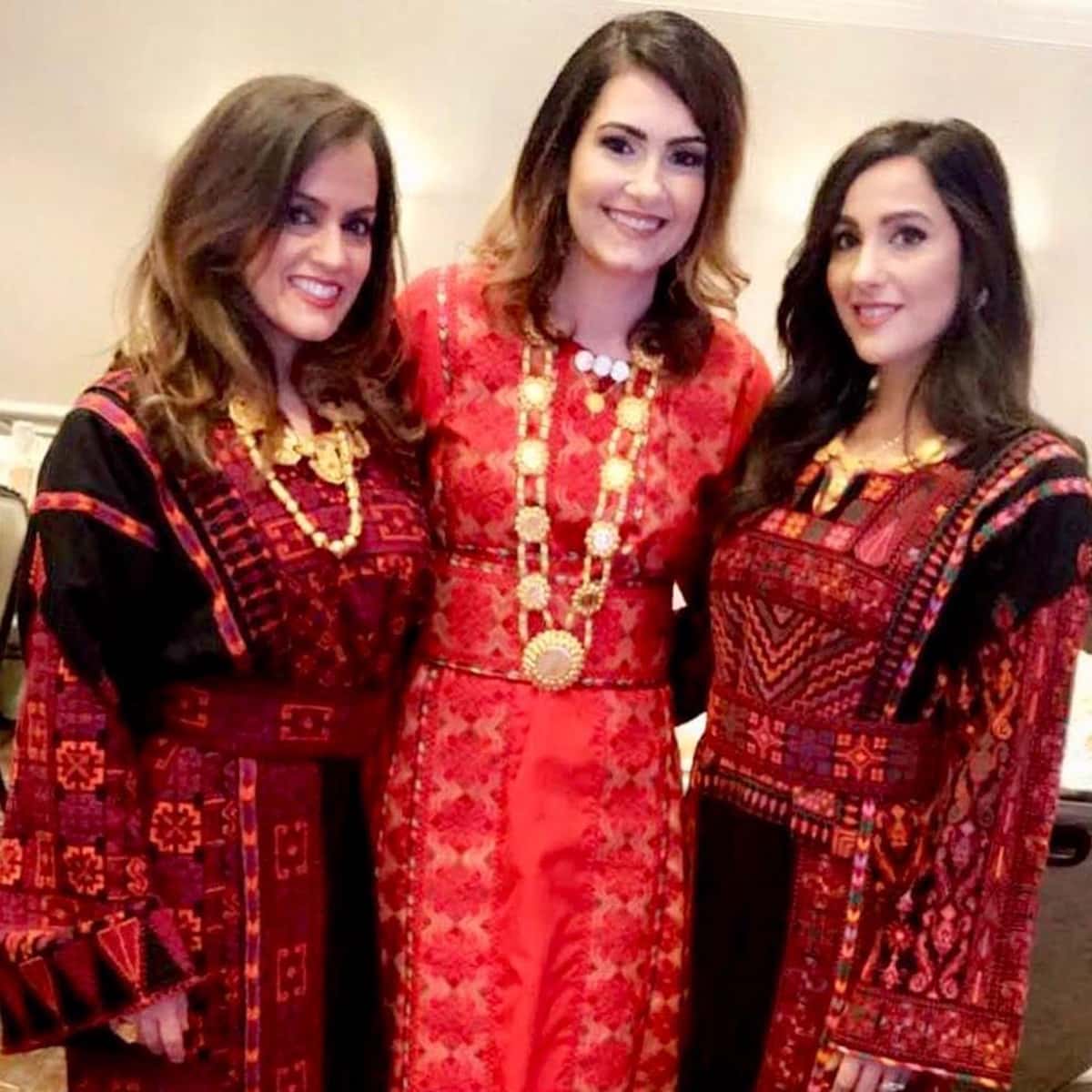 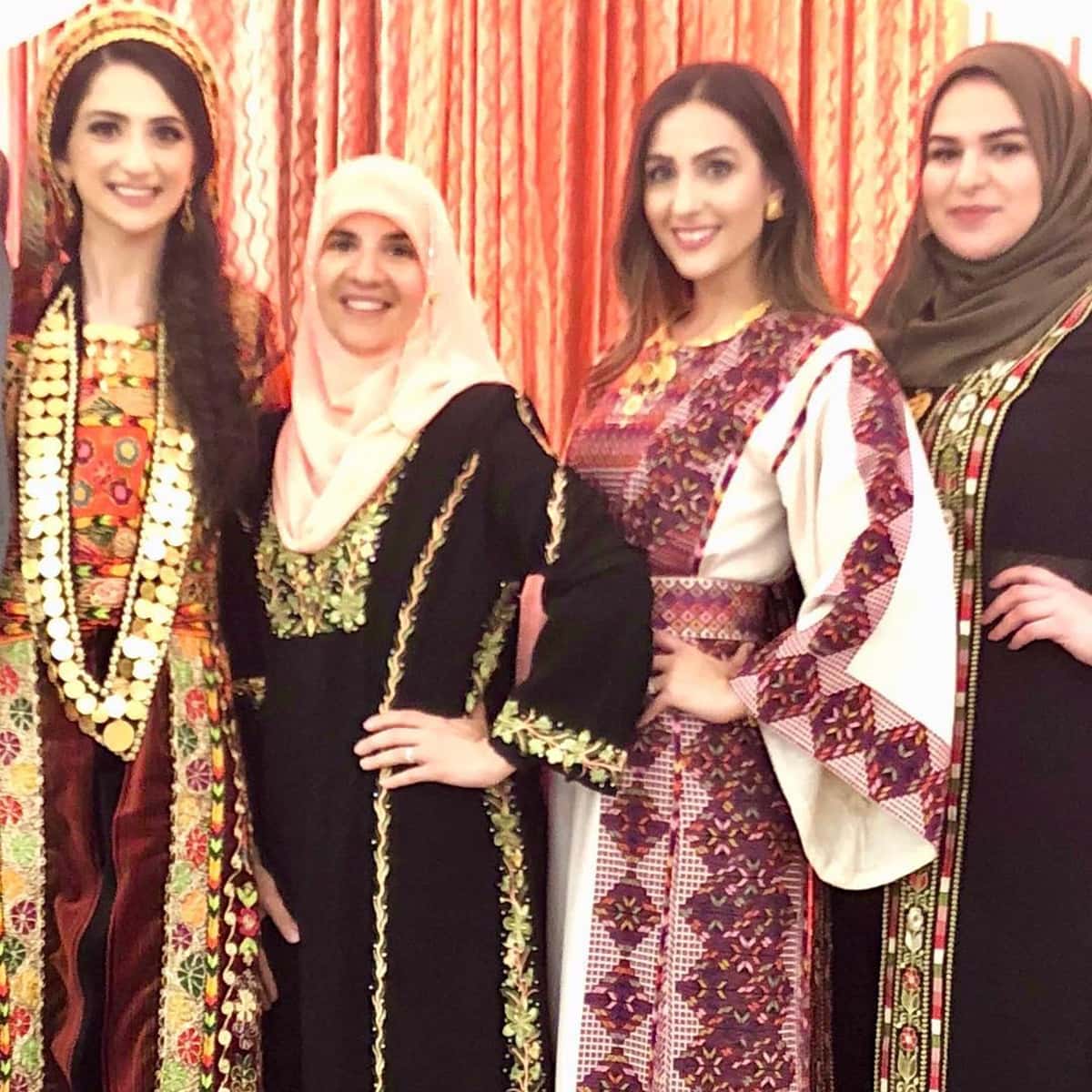 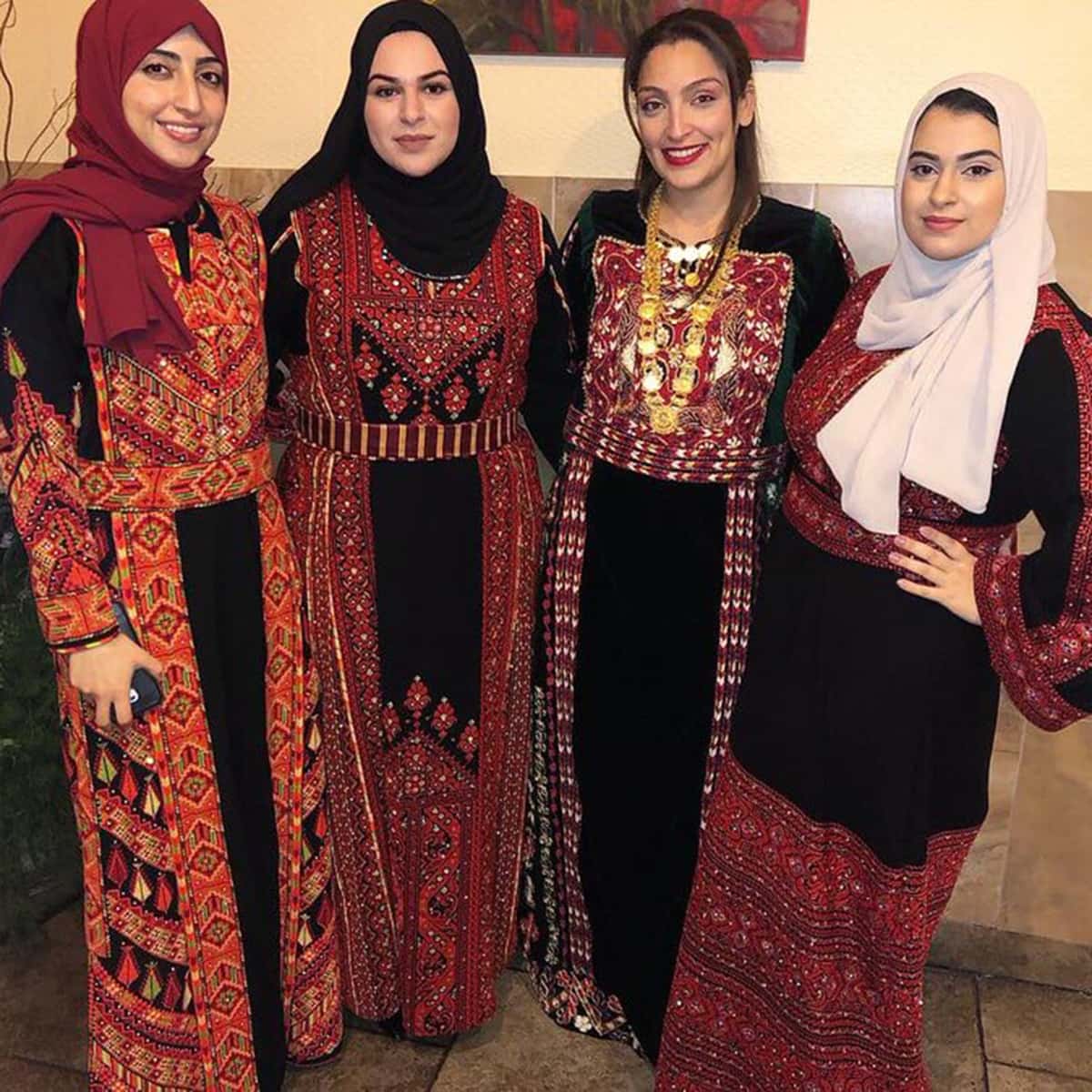 Every thobe is a dress embroidered with the stories, the loves, the tragedies of Palestinian women. The world will never be broken, because we will always stitch it back together & make it beautiful. #tweetyourthobe #palestinianwomen #palestinianamerican #rashidatlaib #congress

Swearing-in Day!! Mayaar gives Rashida a pair of earrings with the khamsa and a blue stone for luck and to ward off the evil eye. #proudpalestinian #thobe #tweetyourthobe #congress #newgeneration

With my amazing sisters @RashidaTlaib and @AyannaPressley. I can't wait to see the things we will accomplish together.#116thCongress pic.twitter.com/0KsCzwbaca

.@RashidaTlaib Four generations of Palestinian-Americans have waited for your arrival. Welcome home. Welcome to the House! #TweetYourThobe #Palestinian pic.twitter.com/hR8WgolTHE

#TweetYourThobe so excited for @RashidaTlaib getting sworn in today! Its an inspiration to all us politics lovers especially us Palestinian politics lovers!! pic.twitter.com/G3ST4srS2C

#ThobebackThursday to when I graduated with my MA, in honor of @RashidaTlaib being sworn in today #TweetYourThobe pic.twitter.com/wJViIe8Vmz

#tweetyourthobe not a palestinian but incredibly proud to see representation of them in our country for once ?? pic.twitter.com/XdMaRC99Fo

fun fact: my grandmother hand made these for my mother & her sister when they were younger #TweetYourThobe pic.twitter.com/UCLXxdrtUQ

As a Palestinian American, I wear thobes embroidered by the women in my family to honor their legacy, style and tragedy. @RashidaTlaib wearing a thobe while being sworn into congress amplifies the journey of Palestinian women and I couldn’t be more in my feels #TweetYourThobe ?? pic.twitter.com/HmLDXIK19Y

Here’s my #tweetyourThobe pictures. It’s a big day for both the Palestinian Community and Muslim Community :’) pic.twitter.com/mViNwLeVOZ

Congrats @RashidaTlaib! From the Milbes family, with love. This photo was taken at a cousin's wedding a couple of months ago. #TweetYourThobe #TweetYourThob pic.twitter.com/wxpKN6kKY5

Palestinian women across the globe are posting their traditional Palestinian thobes using the hashtag #TweetYourThobe in honor of U.S. Congresswoman Rashida Tlaib, who is wearing her thobe today while being sworn into the 116th U.S. Congress. pic.twitter.com/dMP4j1m0ah

Thank you sis @SusanDarraj for inviting us to celebrate @RashidaTlaib today and to express love and solidarity for Palestinian women and culture. My first #TweetYourThobe of the day! ❤️ We have planned a group tweet event tomorrow @PalestineCenter at 1 pm. All invited. ?✊???✌? pic.twitter.com/Ou4fQR7TSU

Like Representative @RashidaTlaib, I take pride in my Palestinian ancestry. This thobe, which is over 100 years old, belonged to my great sitty, my mother's grandmother <3 #tweetyourthobe pic.twitter.com/2NkHJzlaf2

To our new Congresswoman, Rashida Tlaib, congratulations and thank you for doing this for all of us. ???#tweetyourthobe #webelong #representation #womenofcolor #RashidaTlaib #IlhanOmar #Congress #PalestinianAndProud pic.twitter.com/fGoyzFoYlg

Some of my favorite comrades and I wearing thobes to dance dabkeh at our university. We live in exile, but carry the fight for liberation everywhere we go #FreePalestine #TweetYourThobe #ColumbiaDabkeBrigades pic.twitter.com/OUawm6F6xr

So proud to be a Palestinian-American woman today #TweetYourThobe @RashidaTlaib pic.twitter.com/jbGDHD4fuG 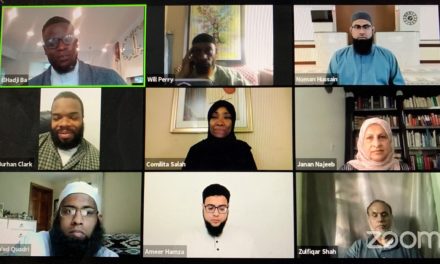 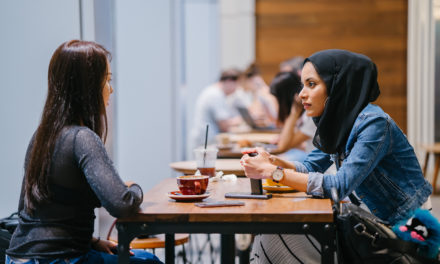