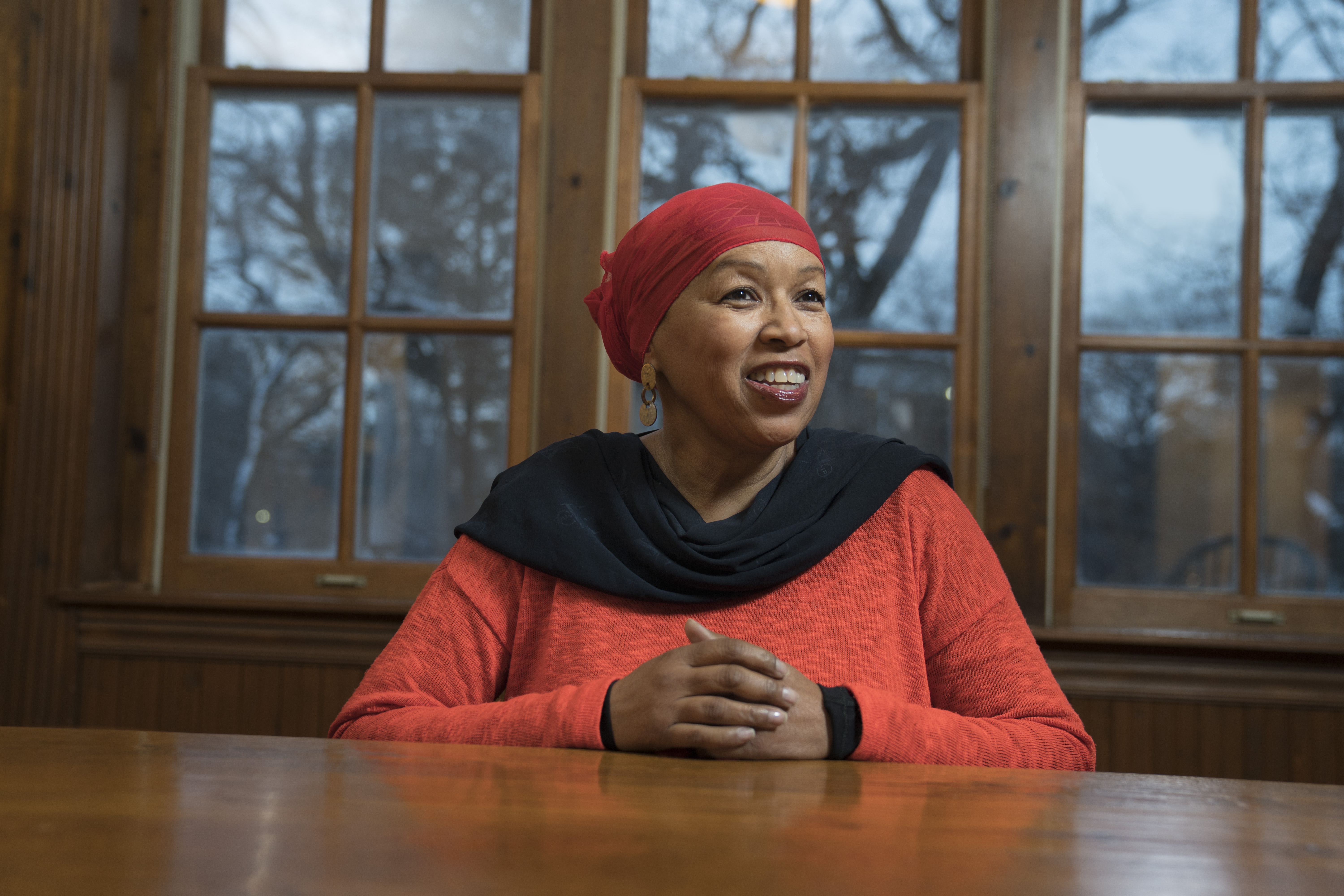 “This is a time that needs brave people to stand up and respond to how do we address homelessness, income inequities, education—there are a lot of issues being raised now and Muslims need to be in the conversation,” said Beloit College Professor Emerita Debra Majeed, Ph.D., in taleem (education) she gave Sunday afternoon for a mosque in North Carolina.

After her talk, she thought to herself, “I want to leave a legacy. I want people to know I was here. I want to be engaged in activity that brings life, love and education into other people’s lives. I want to leave something that makes the world a better place.”

Majeed has left a legacy in Wisconsin. Her distinguished 21-year career at Beloit College as a professor of philosophy and religious studies had a “profound impact,” Beloit College Magazine said in an article about her retirement. It quoted Majeed’s colleagues, praising her “outsized role in transforming her communities ‘by encouraging all of us to imagine and become our best selves.’”

Majeed shared her exceptional experiences as a teacher and scholar with the Wisconsin Muslim Journal. In the process, she described her surprising path to Islam.

Impact in the classroom

Just last week, Majeed received “very sweet emails from students who found out I had retired.” One 2006 graduate wrote: “I wanted to let you know what a great influence you have been on my career.” After being in several of her civil rights classes, he went to law school and practiced law in Chicago, then joined a specialized team at Wells Fargo that focuses on enhancing housing and credit opportunities for African Americans.

“I remember spending time in your home with our class, where you played Marvin Gaye and we discussed civil rights issues. Those learnings paved the way for my interest in helping disadvantaged communities, which is what I do every day in my professional career.”

Majeed employed a teaching methodology she calls “engagement and encountering.” She wanted her students to understand religious history is lived history. “I wanted them to see it, not just to read a book or watch a film. In most of my classes, they talked to the people we were studying,” she said.

Any class on Islam is among her favorites to teach. “Islam is not monolithic; Muslims are not monolithic,” she said. “I tried to embody the way I understand Islam, even in my imperfections.” 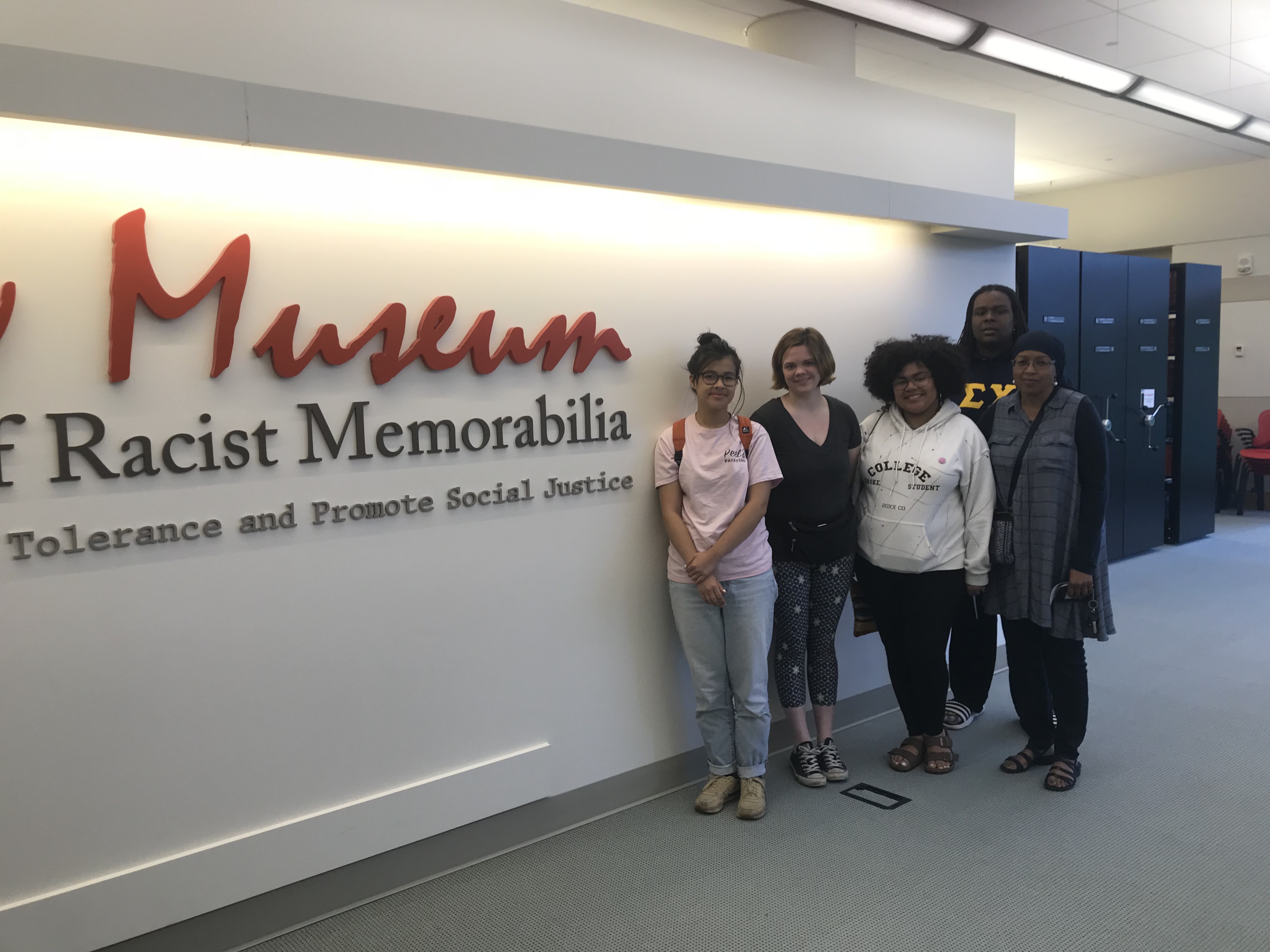 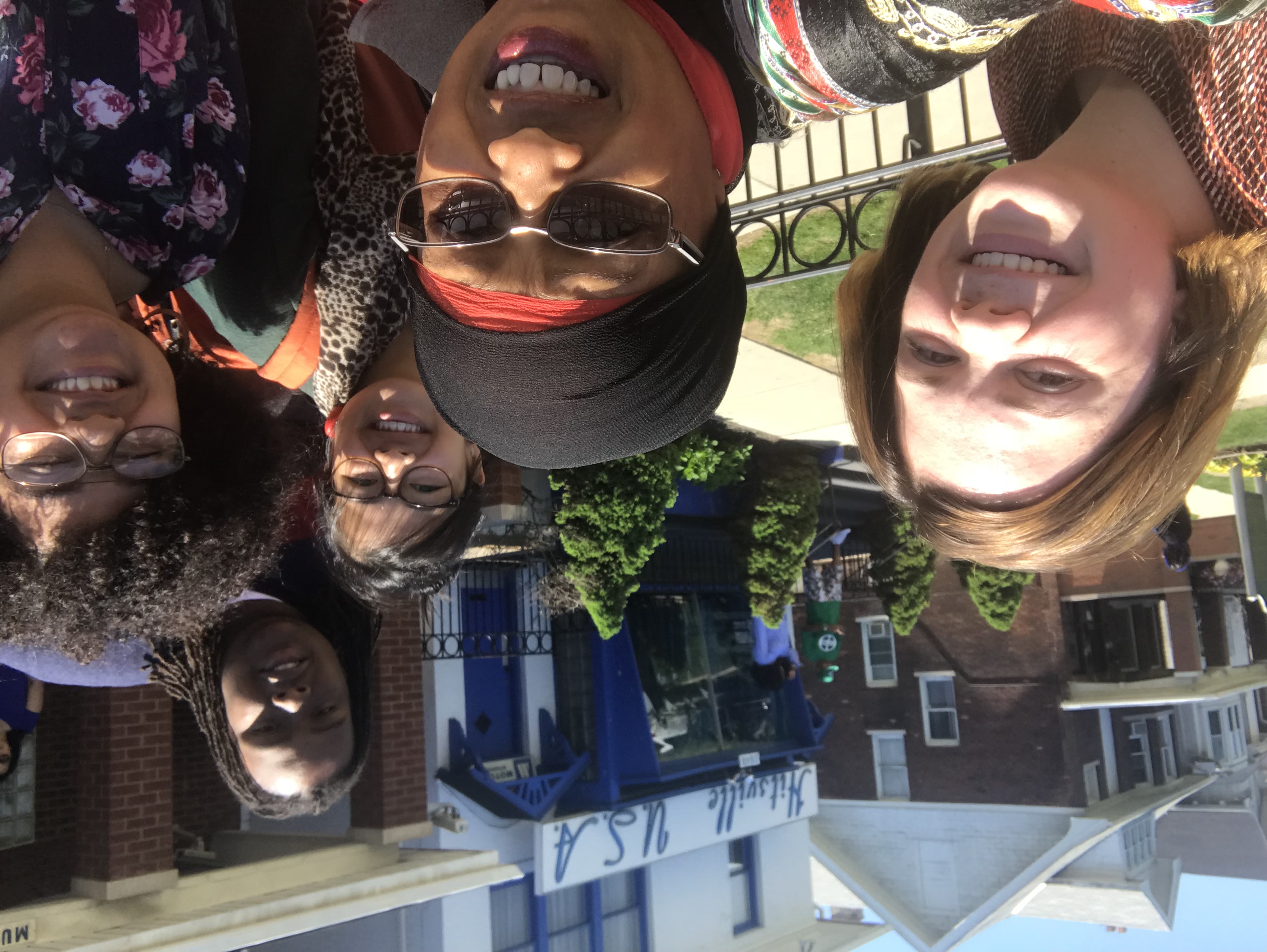 On Detroit field trip with students

To give students a broader perspective, Majeed took them places—mosques in Milwaukee and Chicago, the Islamic Society of Milwaukee’s Salam School, even at trip to Morocco.

She taught civil rights and social justice by encouraging engagement in civic activism and organizing a trip to the sites of famous 1960s civil rights marches—Birmingham, Montgomery and Selma, Alabama.

Her class on Black women writers found themselves at dinner with a group of Black women, discussing one of the assigned books. “These were predominately white students who had never been in a Black person’s house and who had never sat down at a table to eat with Black people. I felt it was my responsibility to expand their world,” Majeed said.

She aimed “to have students think critically and to question presumptions, to thoughtfully engage with the people we were studying, recognizing they were worthy of intellectual inquiry, not to just objectify them and keep going.”

In 2017, Majeed received the Underkofler Award for Excellence in Undergraduate Teaching, an honor based on student nominations. Students described her as a “demanding professor,” “enthusiastic” and “energetic,” and her classes as “interesting and relevant.” She encouraged disagreement and vigorous, healthy discussion, according to a description of her teaching in The Beloit College Roundtable newspaper in 2017.

Her impact on Beloit College went beyond the classroom. “It was interesting for the community to have a practicing Muslim who fasted in Ramadan and wore a hijab,” said Majeed.  She was also instrumental in championing racial justice. “Beloit College has evolved to a space that is trying to embody anti-racism. I was heavily involved in the early stages of that campaign,” she said.

A lone voice in the community

Sometimes Majeed took her lessons to the streets, like she did after 9/11. “I felt there was so much propaganda about Islam that I had to do something,” she said. “I asked myself, what can one person in a small community do?”

Majeed put a table up in downtown Beloit with a sign that said: “Ask a Muslim.” She had cookies and water, and information about Islam. “I heard about a sister in another part of the country doing this and I thought, I can too!

“In the Midwest, I was often the very first Muslim many people met,” Majeed said. The Wisconsin Humanities Council gave the DeForest Area Public Library a small grant to invite Majeed to give a talk on Islam as part of the National Endowment for the Humanities’ Bridging Cultures Program. Her visit to the Village of DeForest, with its population of about 9,000, helped dispel Muslim stereotypes and highlight the commonalities among the Abrahimic religions (Islam, Judaism and Christianity).

On another occasion, she went “to a library in the backwoods of Wisconsin. It took me an hour to get there from the freeway,” Majeed recalled. There she found a group of “older white women discussing Reading Lolita in Tehran. They just wanted to learn. When you see a situation like that, you want to be there,” she said.

Majeed has published numerous research articles and book chapters, in addition to her book Polygyny: What It Means When African American Muslim Women Share Their Husbands, published in 2016. She was asked to speak about her research on polygyny at TEDxBeloit.

Her book, which examines multiple-wife marriage, also attracted the attention of The Deen Show. 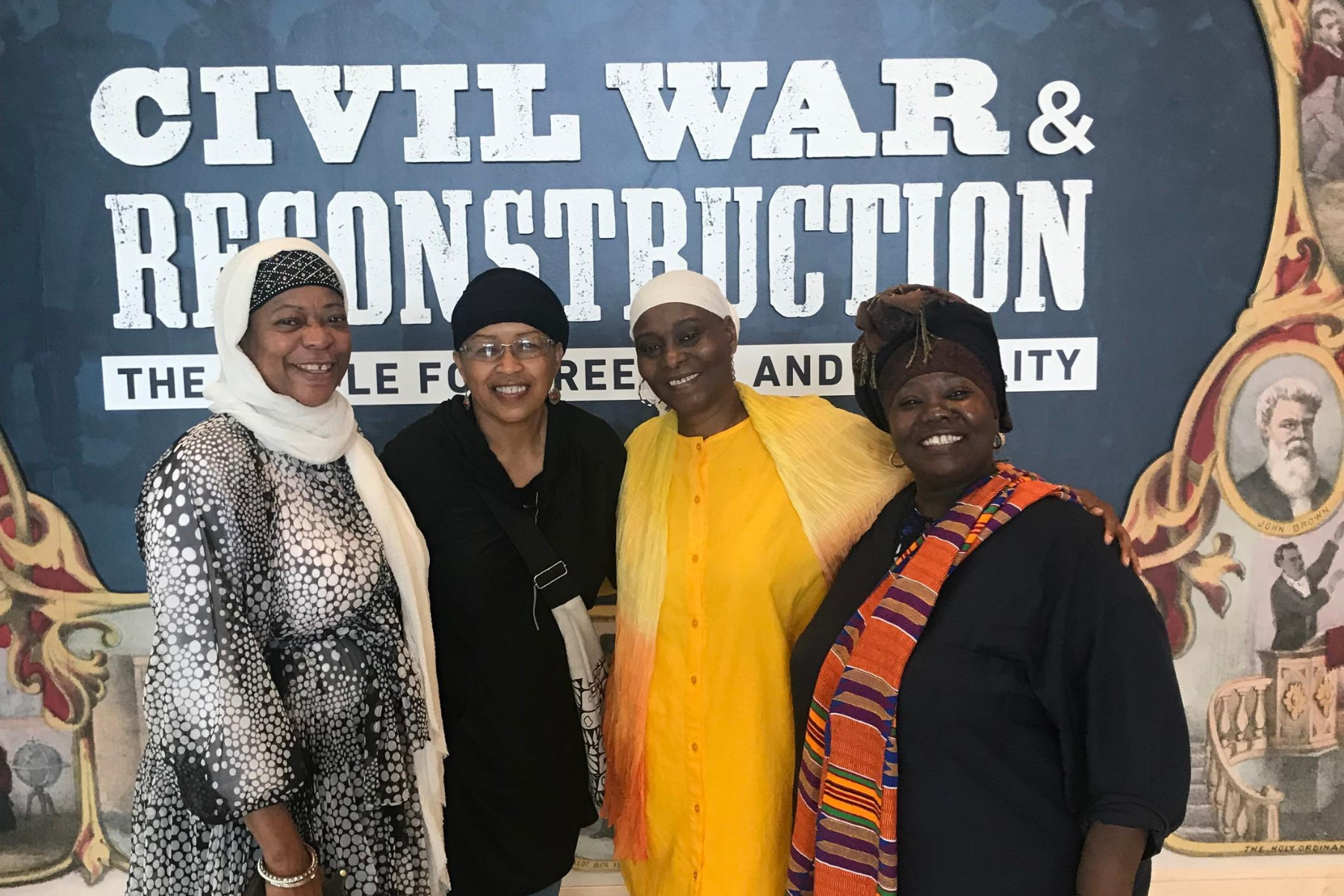 On field trip to Philly as participant in KARAMAH summer program

One thing led to another: Majeed’s circular path to Islam

Majeed’s path to Islam was circular and interwoven with her academic interests. She and her four brothers were raised Catholic and attended Catholic schools in Chicago. She later went through various Protestant denominations.

At 16, Majeed moved with her family to Los Angeles and enrolled in a public high school, where she became interested in journalism. She majored in it at Pepperdine University, hoping to be a sports reporter. But in 1975, most women being hired as sports reporters were “former beauty queens,” she said.

Majeed found a job as an insurance company claims representative. Later, she learned she could “do journalism inside corporations.” She worked in communications for Sears, Union Bank, Lockheed Corporation (aerospace), the Los Angeles Times and Southern California Gas Company, helping create their in-house publications. Then she started her own communications company.

Meanwhile, she worked in a church with a group of college students. Two young men were having questions about their sexual orientation. “I was a very conservative Christian, so I thought I could go to seminary and learn to help them with a theological grounding. I would help them and get my master’s degree.”

She enrolled in a two-year master of arts in theology program at Fuller Evangelical Theological Seminary in Pasadena. In the process, she “ended up acknowledging a call to ministry.” She studied another two years to obtain a master of divinity degree.

Majeed discovered she had a knack for writing sermons. A favorite professor encouraged her to enter a preaching competition. She won the grand prize—a year of study at Cambridge University in England. So, in her forties, Majeed traveled abroad for the first time. She preached in Westminster Abbey and taught preaching in Birmingham, London and Sheffield.

Back in Pasadena, Majeed served as a minister in Scott United Methodist Church. “I had a wonderful church experience. In fact, after I became Muslim, that church purchased my regalia for my Ph.D. ceremony. I felt loved and very appreciated there.”

Wanting to teach, Majeed decided to pursue her doctorate degree. She was looking for a dissertation topic when she learned Louis Farrakhan was coming to L.A. Majeed didn’t know much about Islam, but she noticed it appeared to be very attractive to Black men while her church pews were filled with women.

“If Black men and women were ever going to increase marriage rates, somebody was going to have to convert,” she thought. That observation prompted a research question about Islam’s attraction to African Americans in Chicago. Majeed explored that question while in a joint doctoral program at Northwestern University and Garrett-Evangelical Theological Seminary in Evanston, Illinois.

In the process, she “met some pious, charitable, loving Muslim women and men in the Chicago area, and it was through them that I embraced Islam,” she said. Majeed became Muslim on May 1, 1998, at the age of 42.

“I was a very satisfied Christian woman. I was not looking for anything. I was settled in my heart. I was at peace. I was not looking to change religions. I was surprised to feel comfortable in another space.  The next thing I knew, my religious and academic journeys collided. 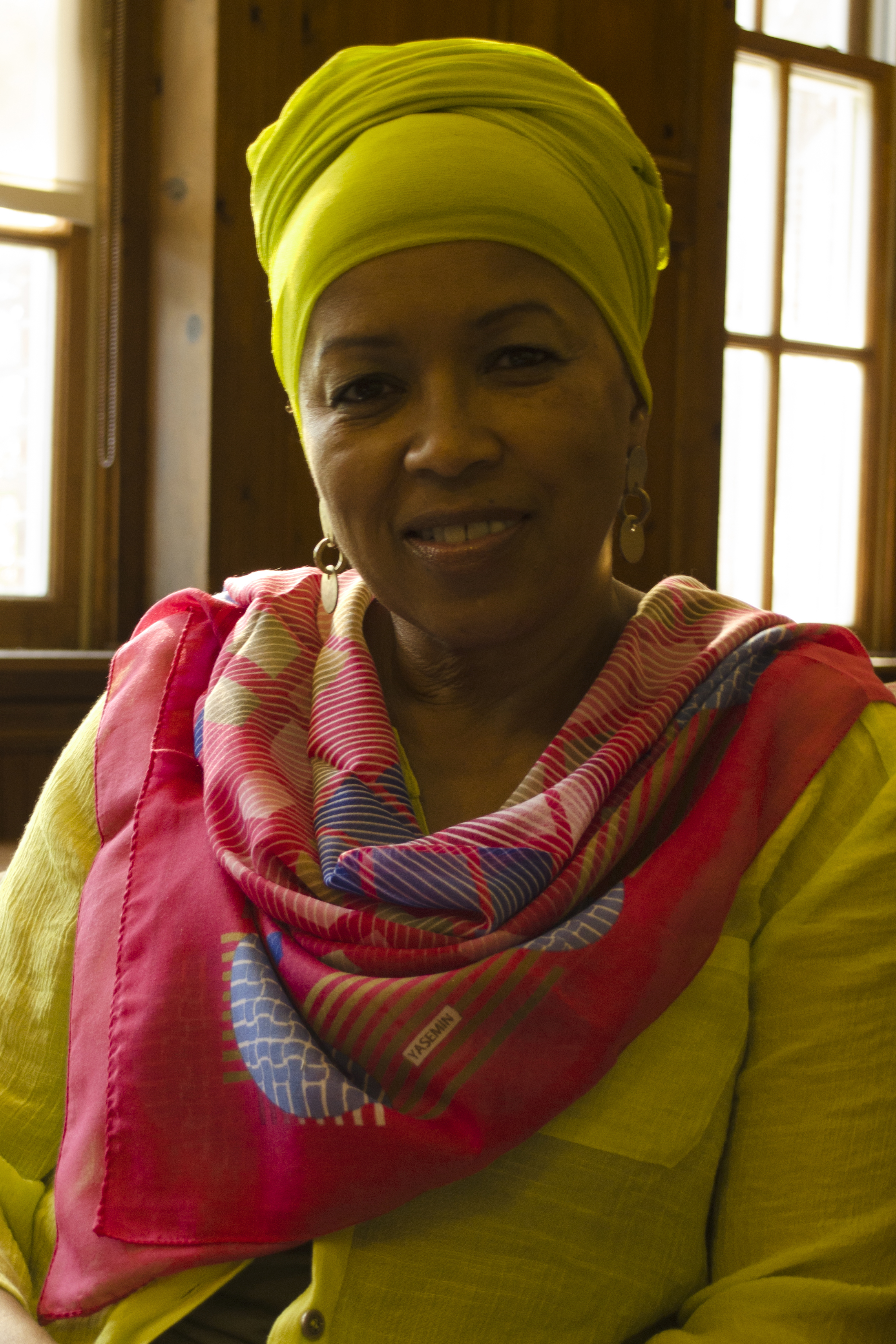 Majeed’s mother worried her daughter’s conservative Muslim attire would make it hard for her to find a husband. “My mom put her hands on her hips and said, ‘How are you going to get a husband if he can’t see your legs?’

“’And they don’t have any women ministers, so what are you going to do?’ I didn’t know the answers, but I believed Allah would provide direction.”

However, Majeed’s conversion did complicate her career path. “I was being trained to teach church history at a United Methodist seminary. When I became Muslim, they weren’t hiring Christians-turned-Muslims to teach Church history.”

Majeed landed an adjunct position in 1999 at Loyola University in Illinois as an instructor of American religions. A full-time position at Beloit College opened and she was hired later that same year. She worked there until her retirement in May.

During a sabbatical last year, Majeed audited law classes at Central Piedmont Community College in Charlotte, North Carolina, where she and her husband Jamil now live.

She also found an internship with a law firm, which she held until the pandemic hit. “I just enjoyed working, learning, being in the courtroom and observing people.” Majeed hopes to return to the post after the COVID-19 crisis.

Meanwhile, a news article caught her eye and sparked another research project. “North Carolina is one of the few states that criminalizes adultery. Since I am right in the research site, I thought I might as well take advantage of it.”

Majeed is also looking forward to being a part of Charlotte’s vibrant Muslim community. “In Beloit, the Muslim community, especially when I arrived in 1999, was small, predominately male and transient. My practice had too often been much more isolating than I would have liked.”

Now she regularly attends Masjid Ash-Shaheed in Charlotte. “I am very comfortable and feel free there, surrounded by loving people,” she said.

Majeed is also looking forward to warmer winters, she admitted. Yet, Wisconsin, and especially Beloit College, will always hold a warm place in her heart, she said. “In many ways, we transformed each other, and I will be eternally grateful.” 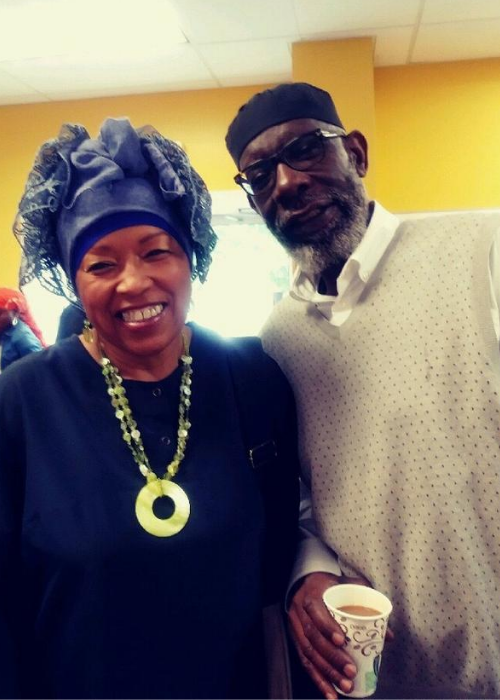 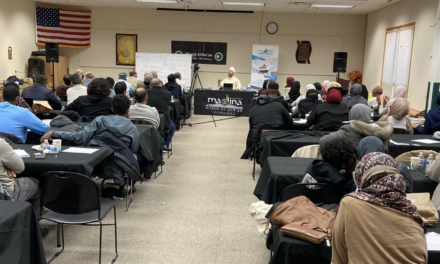 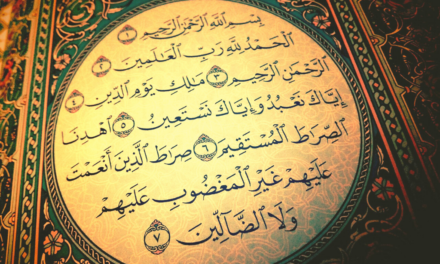 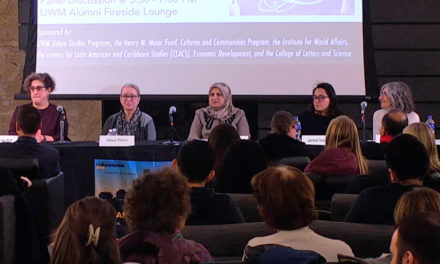