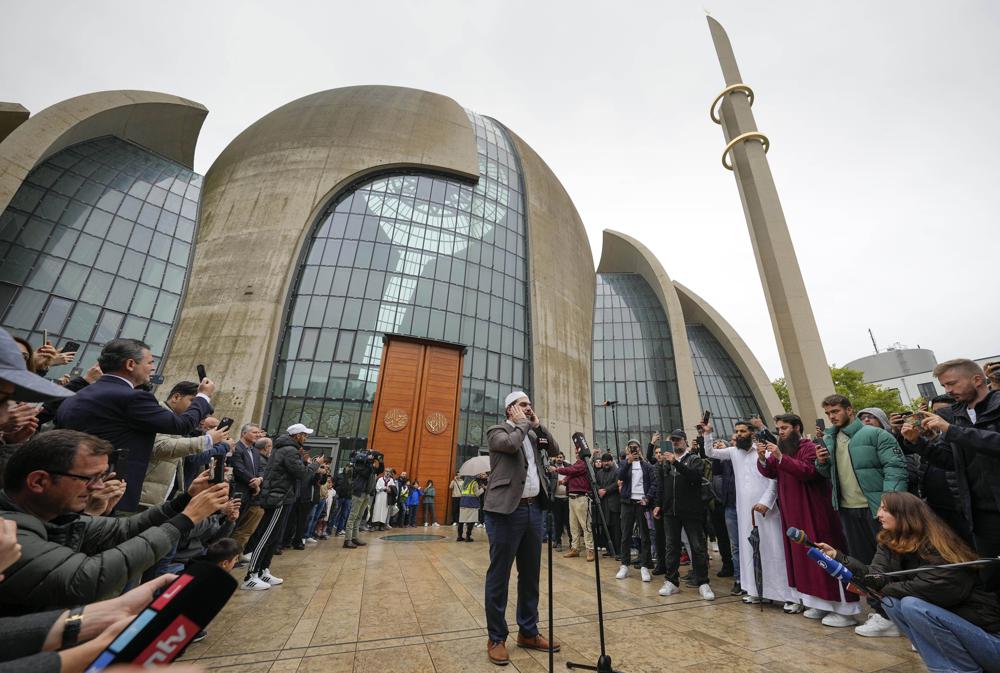 Muezzin Mustafa Kader recites the call to prayer at the Cologne Central Mosque in Cologne, Germany, Friday, Oct. 14, 2022. The Islamic call to prayer is set to sound for the first time from one of Germany’s biggest mosques in Cologne on Friday — but at limited volume. It is part of a project agreed with authorities in the city that has one of the country’s biggest Muslim communities. (AP Photo/Martin Meissner)

COLOGNE, Germany (AP) — The Islamic call to prayer was sounded in public for the first time from one of Germany’s biggest mosques on Friday, but at limited volume, as part of a project agreed with authorities in Cologne, which has one of the country’s largest Muslim communities.

Authorities in Germany’s fourth-biggest city last year cleared the way for mosques to apply for permission for the muezzin to call for a maximum five minutes between noon and 3 p.m. on Fridays, with a noise limit being set for each mosque according to its location.

The call to prayer wasn’t a first for Germany but did bring it to a particularly prominent mosque. The Central Mosque, a modern building with two tall minarets, is located on a busy road just west of downtown Cologne. Run by the Turkish-Islamic Union for Religious Affairs, or DITIB, it was inaugurated by Turkish President Recep Tayyip Erdogan in 2018. 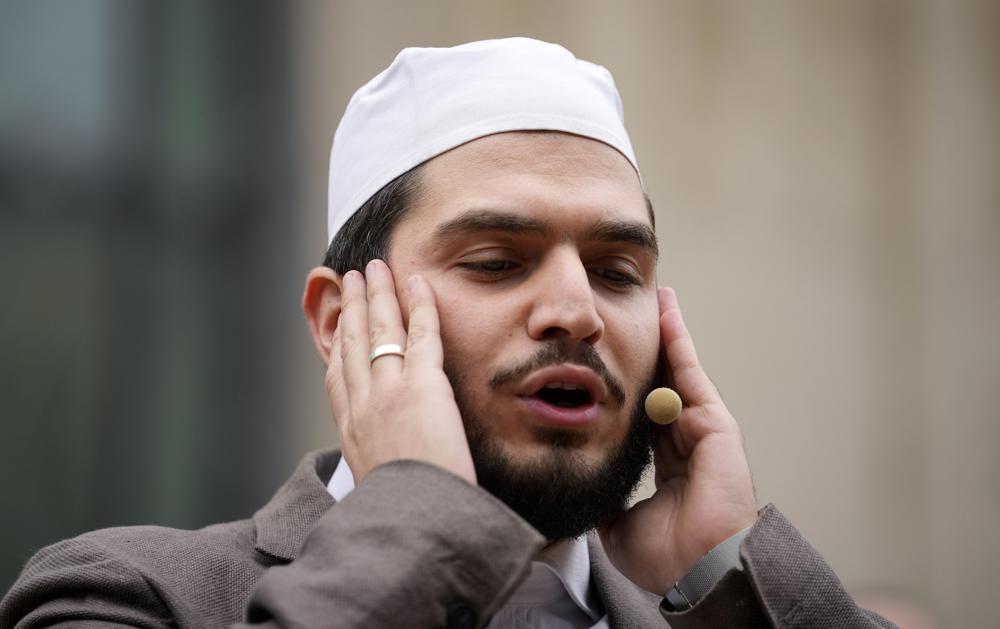 Until now, the call to prayer was heard only inside the building. Early Friday afternoon, it was broadcast through two loudspeakers, though authorities stipulated that it should be limited to 60 decibels for nearby residents.

The call lasted less than five minutes and could be heard only immediately outside the mosque. On the other side of the road, around 20 protesters gathered with banners including one demanding “No Muezzin Call in Cologne! Public space should be ideologically neutral” They were joined by a group of women protesting against a crackdown on protests in Iran.

DITIB said an agreement for a two-year trial of the call was reached with the city on Wednesday.

“This is an important step in the perception of Muslim religious communities as part of society,” Abdurrahman Atasoy, a senior official with the group, said in a statement.

“That Muslims have arrived and been accepted with their representative mosques as a visible part and with the call to prayer as an audible part of society is the core message of this long process,” he said — one that, he added, has taken Muslims “out of unseen and unpleasant backyard mosques into the fold of society.”

Mayor Henriette Reker said last year that Muslims, many of them German-born, are a firmly established part of society in Cologne, a city whose main landmark is its imposing Catholic cathedral.

“If we also hear the call of the muezzin in our city alongside church bells, that shows that diversity is appreciated and lived in Cologne,” she said.

Still, the restrictions imposed on the project point to enduring sensitivities over Islam’s place in European society. And the construction of the Central Mosque itself drew opposition from right-wing groups, Cologne’s then-archbishop and others in the late 2000s.

DITIB has frequently drawn criticism in Germany, in part because of its links to the Turkish state.

Susanne Schroeter, director of the Frankfurt Research Center on Global Islam think tank, told public broadcaster WDR she worries that the muezzin call at the Central Mosque could be viewed as a “win on points” by “Islamist hardliners,” and “that this signal also goes to the Turkish president.”

By MARTIN MEISSNER and GEIR MOULSON 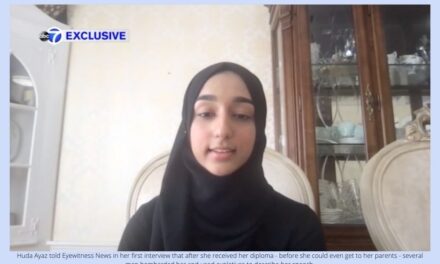 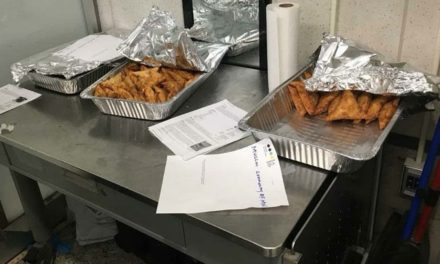