Why not voting may be a sin 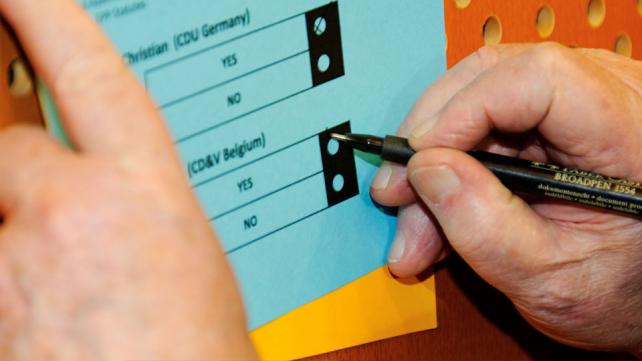 It happens before almost every major election.

Particularly after Friday prayers where the focus of the weekly sermon is on the importance of voting in the upcoming presidential election, or on days when a mosque may be holding a voter registration drive, one or two young Muslim men will be nearby handing out newsletters on the evils of voting.

They are trying to dissuade us from becoming part of the political process, arguing that it is Haram (Islamically forbidden) to do so. This literature has usually been prepared by the group Hizb-ut-Tahrir. In the past, I have received emails that Fatwas (religious rulings) have emerged from the United Arab Emirates saying that elections are Haram.

Well, to the contrary, I believe, not voting may be a sin.

Saving lives is an Islamic obligation

Regardless of how any American or citizen of any other democracy votes or doesn’t, one thing we all share is the power of our taxes. Should our tax money be used to save lives around the world or kill people? Voting is your way of answering yes or no to this question.

By paying taxes to the government but not engaging in the process of choosing your leadership, you are offering leaders a dangerous carte blanche for killing and injustice. This apathy means that if your tax money was used to engage in such things without you even speaking out by voting, you have committed an intentional sin.

Ask yourself: Is the war on Yemen just? Was invading Iraq and Afghanistan just? Is the government’s policy of separating children from their parents at our southern border just? Is the government’s refusal to take police violence against Black Americans just? If you don’t vote, this country’s leadership won’t know. They will also continue engaging in such aforementioned injustices with no knowledge of our opposition.

Establishing justice is an Islamic duty

All Prophets, from Adam to Muhammad, peace and blessings be upon all of them, were sent down to help people establish justice throughout the ages (Quran 57:25). Justice is a prime value in Islam. That includes social and economic justice. It is the commandment of God for all believers to establish justice. (Quran 4:135) We should consider that by refusing to vote, we would be rebelling against God’s commandment to stand up for this principle.

In our society, standing up for what is right entails speaking out about issues, discussing with other citizens, and voting. By refusing to participate in this process, you are denying yourself the most important path to establishing justice in our nation.

Is it just that 30 million people live below the poverty line in America? Is it just that while we eat well, food riots have taken place in 30 countries around the world? Is it just that we consume 25 percent of all of the world’s energy and destroy the environment through fossil fuels? If we refuse to follow the Prophetic path to help people stand up for justice, then it seems we are sinful.

Prophet Muhammad, peace and blessings be upon him, even when he did not have any support or power, would always help those who had been wronged. For example, he once intervened in a case where his own uncle, Abu Jahl, robbed a travelling trader. He helped this man get his money back from the tribal chief.

Also, he was signatory to an alliance called Hilf ul Fudul, where various individuals in Makkah pledged to uphold values of justice and protection of the weak.

In my view, refusing to stand up to help our neighbors in need falls into sinful behavior.

At least 30 percent of all Muslims today live in non-Muslim countries. If these Muslims don’t vote, this will essentially mean disempowering half of the Ummah from becoming a partner in the struggle for peace and justice. This falls into the Quranic categories of Fitna (Quran 2:217), which is a sin considered worse than killing in God’s eyes, and  Fasad (Quran 11:116), which means persecution and great mischief.

For the small minority outside our mosques who argue that voting is Haram, don’t they know that Allah has forbidden people from taking Haram and Halal in their hands? Nothing is Haram except what is prohibited explicitly by God or His Prophet, peace be upon him. God actually warns people against playing with Haram and Halal like this.

Which Quranic verse declares elections to be Haram? If there is no verse like that, then refrain from issuing Fatwas based on inferences.

I find it amazing that Hizb-ut-Tahrir’s supporters, who cannot distribute a flyer or even mention that they are part of this group in some countries, see nothing Haram about enjoying this gift of freedom of expression in America – yet they see it as unIslamic to use the freedom to vote. I simply do not understand this illogical rhetoric. I’m just happy that there are a very small percentage of Muslims who are listening to it.

So vote. Voting is your right. It is a duty and an obligation. It fulfills the Prophetic duty to stand up for justice and it may very well help save lives. And please don’t just vote, vote early and take other people to vote and develop a voice of justice within the Republican and/or Democratic Party, whichever you support.

IMAM ABDUL MALIK MUJAHID is chair of the board. He is an Imam and an award-winning author and producer. He is the founder of Sound Vision, as well as Chair-Emeritus of the Council for a Parliament of World Religion. He is the former Chairperson of the Council of Islamic Organizations of Greater Chicago. He has also served at the Faith Advisory Council of the Democratic National Committee, as well as on the Credentials Committee of the DNC in 2008. As the national coordinator of Bosnia Task Force, USA in the 1990s, he successfully led efforts in collaboration of National Organization of Women (NOW) to declare rape as a war crime. 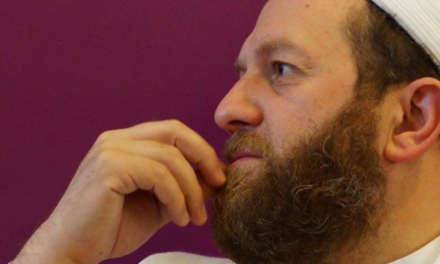 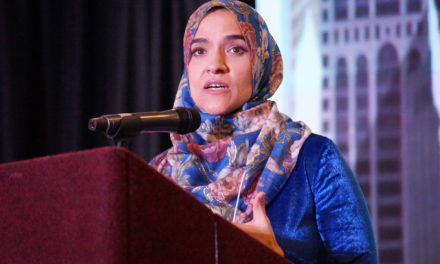 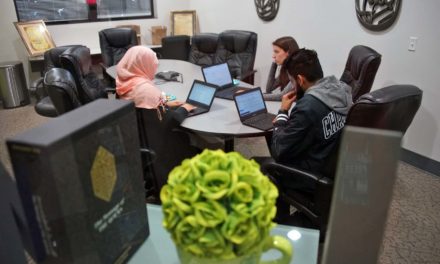 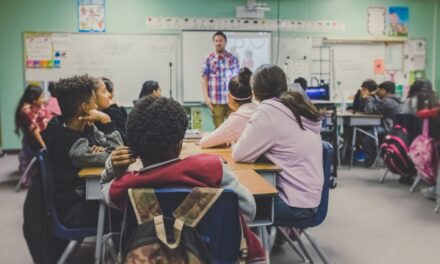