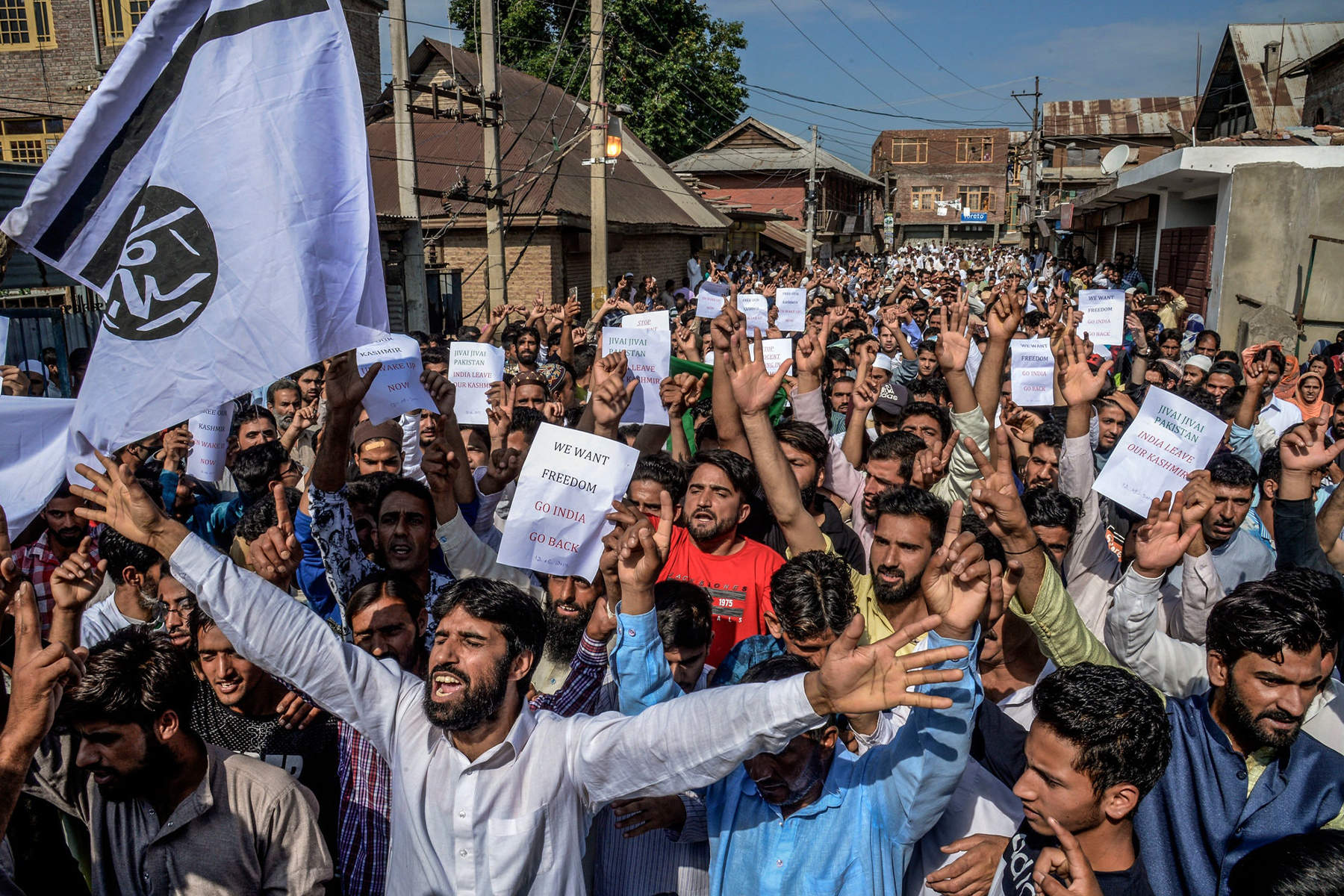 The economic news from India is so good it tends to drown out everything else. Currently, India is the world’s sixth largest economy, and Prime Minister Narendra Modi has announced ambitious plans to more than double the country’s annual GDP, to $5 trillion US, by 2025. In 2019, economic reporters began to gush that India now has a “tiger economy” and would soon join the other Asian tigers as one the fastest growing economies in the world, though the largest economic sectors in India continue to be service (including IT help desk services) and agriculture.

All of this has made Prime Minister Narendra Modi wildly popular with the majority Hindu population of India. Last spring, Modi and his Indian nationalist BJP won a landslide election victory. The BJP now controls 349 seats in the Lok Sabha, the Indian parliament, while the center-left Congress party and its allies have only 87. Talk of a weakening economy before the Indian elections has been swept aside. And India continues to be the destination of yoga fanatics and ashram-visiting spiritual seekers from around the world.

But there is a dark side to the Indian success story. While India’s widespread and legendary poverty continues to decline, 21 percent of Indians still experience hunger, and more than 74 percent live on less than $2 a day. By some accounts, fifty percent of rural children are stunted as a result of malnutrition. The country’s power grid is notoriously unreliable and relies on large reserves of dirty coal. As a result, India has the world’s dirtiest air, more polluted even than China’s.

Indian Prime Minister Modi has been busy deflecting attention from these problems by actively enforcing the perception that the Indian economy is not big enough for both its Hindu and Muslim citizens. Islamophobia is not just on the rise in India – it is government policy, as demonstrated by the Indian army’s mass arrests of more than 2,000 Kashmiris early in August when India decided, unilaterally, to revoke Kashmir’s autonomy as a province. The protests and riots that followed resulted in Muslim-majority Kashmir being put on lockdown during Eid al-Adha.

Dr. Hatem Bazian, who gave a talk at Islamic Society of Milwaukee last Saturday, edited the recent study Islamophobia in India: Stoking Bigotry by Paula Thompson and Rhonda Itaoui. Dr. Bazian is the director of the Islamophobia Research & Documentation Project at UC-Berkeley, which published the study.

The “Stoking Bigotry” study documents that Muslims are not the only group currently under religiously motivated, nationalist attacks in India; Christians, Sikhs and “lower caste” Indians are also under threat. Within the past decade, with the arrival of Modi and the BJP, “the level of targeted violence against these religious minorities has intensified, facilitating its deployment through all structures of the state against demonized and vulnerable groups,” the study found.

According to the study, there has been no “reliable evidence, academic engagements or scholarly reports” documenting this “rising tide of Islamophobia” in India. The IRD Project report aims to address this problem by providing scholarly, well-documented, evidence-based findings that link Indian government policy with a program of violence against minority groups.

Love Jihad and the Demonizing of the Muslim Male

Hindutva is the name given to Hindu nationalism in India. The term dates back to the Hindu-Muslim riots in pre-partition India in the 1920s, also the time when the conspiracy theory of Love Jihad first emerged.

Love Jihad is the idea that “hypersexualized” Muslim men seduce Hindu women into marriage and then force them to convert to Islam. The study claims that the ‘“love jihad’ myth exacerbates fears of ‘breeding Muslims’ overtaking the Hindu population in India through what has been labeled as ‘population Jihad.’”

To an outsider, the theory that through illicitly romancing Hindus, Muslims can change the population demographics of India and make themselves a majority seems almost painfully absurd, considering the levels of overpopulation in a nation of almost 1.4 billion people, 80% (or 1.1 billion) of whom are Hindu.

The Love Jihad campaign, “while focusing its anger on Muslims,” derives its emotional power from the image of the “victimized” Hindu woman, who should rightfully be the “exclusive preserve of the Hindu man.” This is used to “justify all forms of violence” against Muslims, the study claims.

Thus even Indian society’s notorious lack of legal protections for women is blamed on the country’s Muslim minority.

The notion of Love Jihad gained some traction in August 2009 “when the 18 year old Silija Raj ran away with the 24 year old Asgar Nazar from Chamarajnagar, a small Karnataka town around 180 km from Bangalore,” the study alleges.

After the elopement of Nazar and Raj, Indian courts ordered an investigation into the disappearances of 21,890 girls between 2005 and 2009. “It was discovered that 229 girls had married men of other faiths,” but conversion had taken place in only 63 cases, according to the “Stoking Bigotry” study.

Love Jihad as a conspiracy theory is linked to the idea of ghar vapasi, a Hindutva belief in a “primordial” Indian identity, that all Indians are in some essential way Hindu. This “obsession with the numerical strength of Hindus” and the fears that are “constructed . . . around it, has been central to the modern politics of Hindutva,” the study claims.

A number of Indian states recently established anti-conversion laws, the so-called “Freedom of Religion” Acts. These laws are said to be “an attempt to control ‘forced conversions’” but “an increased number of Indian states have written laws that make it virtually impossible for Hindus to convert to other religions, particularly Abrahamic faiths,” the study says.

A police investigation into Nazar and Raj’s elopement found no evidence of abduction or forced conversion. The Kerala police declared the whole concept of Love Jihad “a campaign with no substance” and brought legal charges against a web site that promoted it. Other Indian police investigations into Love Jihad cases resulted in the same findings.

The 2017 case of Hadiya-Akhila made national headlines in India. A young woman who had converted to Islam in 2012 of her own free will, Hadiya-Akhila was abducted by her father in 2016 after she married a Muslim man. Her father claimed it was her husband who had kidnapped her and had her marriage legally annulled, but Hadiya-Akhila was steadfast in declaring her desire to return to her husband. India’s National Investigation Agency, “the Indian government’s top antiterrorism organization,” began an investigation into Hadiya-Akhila’s conversion and marriage, the “Stoking Bigotry” study says. Eventually, the Kerala High Court over-turned the annulment, but it allowed the terrorist investigation to continue.

According to the “Stoking Bigotry” study, no concrete evidence of Love Jihad in India has ever been found, but it continues to be a theory with currency when it comes to stoking the fears and anxieties of the Hindu majority in India.