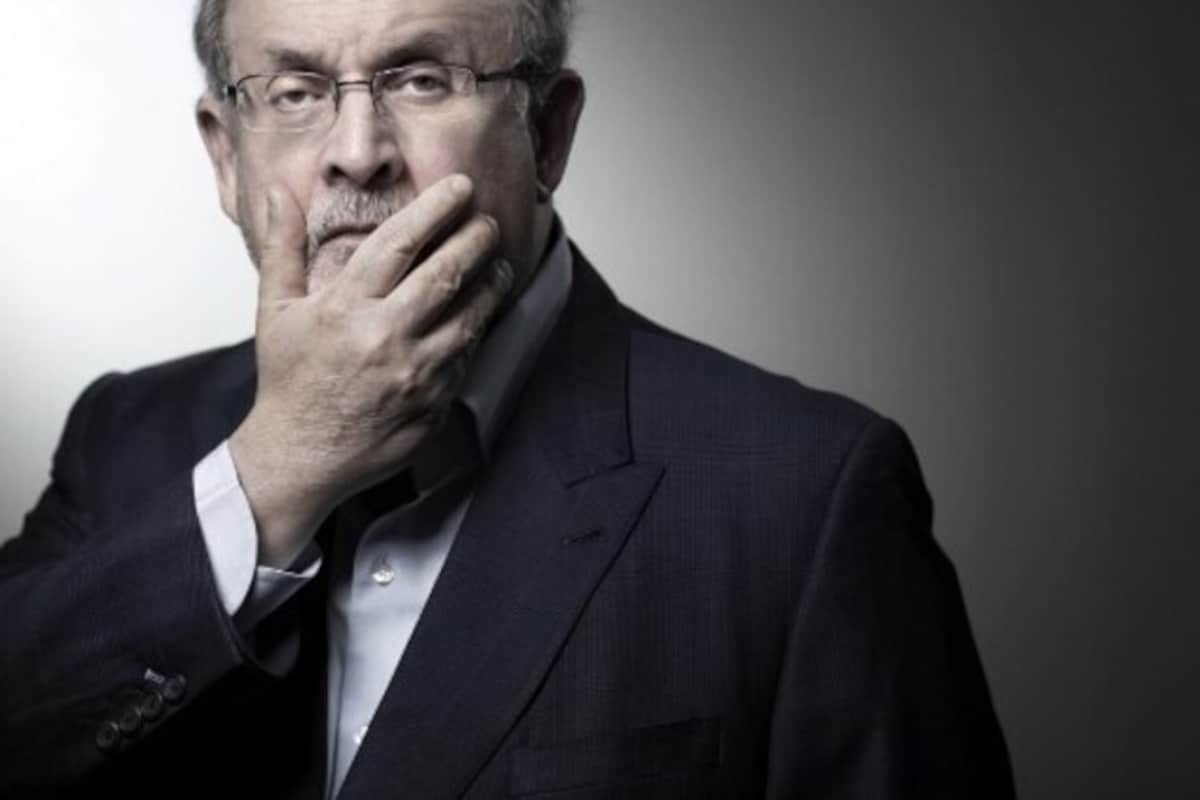 Novelist Salman Rushdie, who was condemned in a fatwa by Iran’s Ayatollah Khomeini in 1989 for his book The Satanic Verses, was stabbed this month.

No verse in the Qur’an says Muslims should execute a person for blasphemy (insulting God or sacred things), nor apostasy (renunciation of faith), Islamic Society of Milwaukee religious director Zulfiqar Shah, Ph.D., said.

In his khutba (sermon) Friday at Masjid Al Noor in Brookfield, the internationally renowned Islamic scholar and secretary general of the Fiqh Council of North America, the highest Muslim juris body on the continent, addressed the attack on author Salman Rushdie, explained Islamic views on free speech and shared concerns about double standards in the West.

The attack on Salman Rushdie

Salman Rushdie, 75, the Indian-born, British-American author of  The Satanic Verses, and other well-known novels, is recovering from a life-threatening attack. As he approached the podium Aug. 12 to speak at the Chautauqua Institution in Chautauqua, New York, a famous haven where artists, thinkers, educators and faith leaders share ideas, Rushdie was stabbed multiple times in the neck and abdomen. He is being treated for a damaged liver, severed nerves in his arm and an eye “he is likely to lose,” according to reporting from the Associated Press.

A 24-year-old, American-born Muslim is charged with second-degree attempted murder and assault with a weapon. His public defender entered a plea of “not guilty” on his behalf, the New York Times reported.

It has been 33 years since Iran’s Supreme Leader Ayatollah Khomeini issued a fatwa, a decree, in 1989 sentencing Rushdie to death for his alleged blasphemy in his 1988 novel The Satanic Verses. He added, “Whoever is killed doing this will be regarded as a martyr and will go directly to heaven,” the AP reported.

The fatwa also condemned the book’s publishers and others who aided in its publication. Rushdie’s Japanese translator was murdered; book stores were burned.

Reformists in Iran, seeking to slowly liberalize Iran and improve relations with the West, distanced themselves from the fatwa in the following decades, the Associated Press reported. Rushdie, who remained in hiding for many years, continued writing and occasionally made rare appearances before eventually emerging to resume teaching and lecturing, when it appeared the fatwa’s call had faded, many news accounts confirm.

However, “as recently as February 2017, (Iran’s current Supreme Leader) Khamenei tersely answered this question posed to him: ‘Is the fatwa on the apostasy of the cursed liar Salman Rushdie still in effect? What is a Muslim’s duty in this regard? ‘

“Kamenei responded: ‘The decree is as Imam Khomeini issued,” the AP report said.

In the aftermath of the attack on Rushdie, Dr. Shah explained what the Qur’an and Islamic scholars say about freedom of speech. 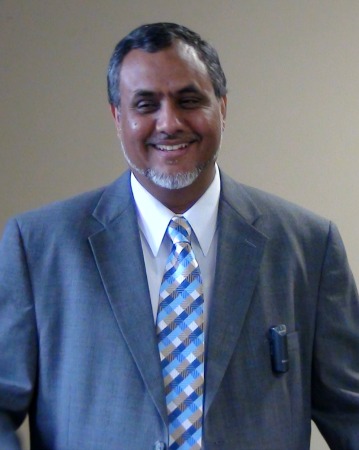 Also, there is no verse in the Qur’an that calls for capital punishment for someone who becomes an unbeliever or an apostate, he continued. “God left it to Himself for the day of judgment.” If a Muslim leaves the faith and the community of believers, God “will replace him with somebody who loves God, who is kind to the believers and stern to non-believers.”

There is no mention of blasphemy in the Qur’an, he said. It is not a Quranic concept.

Dr. Shah discussed historical cases during the Islamic Empire, when people were punished or even executed for speaking badly about the prophet and the government. Muslim leaders of the times said, “’They are committing treason again the state and they could be executed.’ Then the Hanafi school (one of the four major Sunni schools of Islamic jurisprudence, followed by about one-third of Muslims worldwide) came out and said you cannot allow somebody to be killed, to be executed, based on something that is Fiqhi Ijtihad (independent reasoning) or even ahad hadith (teachings and actions of the Prophet reported by one narrator). It cannot be the basis of capital punishment because life is a gift from Allah and only Allah by means of Qur’anic dictum or aya has the right to establish capital punishment,” he explained.

“Throughout Islamic history, during the Islamic caliphates, there were Christians and Jews who were invited to the king’s court to have a comparative discussion about whose religion is better,” he continued. Moses ben Maimon, a Jewish medieval scholar commonly known as Maimonides, the author of Guide for the Perplexed, still among the most read books in the Jewish community, would compare Moses to Prophet Muhammad, noting that the Prophet did not do miracles, as Moses did. Christian scholars argued that Jesus revived the dead, showing he was superior.

The assault on Rushdie revived stereotypes of Islam as backward and violent, stereotypes Dr. Shah noted are misinformed.

Dr. Shah addressed reactions of French President Emmanuel Macron, British Prime Minister Boris Johnson and U.S. President Joe Biden.  While some world leaders were careful, “Macron came out and said this represents the dark side of Islam, that Islam is in crisis all over the world,” Shah said. “He said Islam needed enlightenment.”

“I want to address this issue of darkness and enlightenment,” he said. “As I mentioned, there is no concept of blasphemy in Islam. The first introduction of the word ‘blasphemy’ was in 529 by the Byzantine Christian Emperor Justinian. When people started questioning the trinity or they found some contradiction in the Bible, or said the Bible was not the word of God, he responded with the Justinian Code that allowed for any questioning of the validity of Christianity to be punished by execution.”

In England, until 2006, blasphemy was a Common Law crime, and in two provinces of France, blasphemy remained a crime until 2016, he noted. Freedom of religion, that became important in the French, English and American revolutions was modeled on the Qur’an, which holds there is no compulsion in religion, he said.

(Dr. Shah has recently published extensive research on Islam’s influence on the English Enlightenment, the Christian reformation, and Christian thinkers like St. Thomas Aquinas, where his analyzes Islamic influence on Western religion and philosophy.)

“I can tell you Mr. Macron or Boris Johnson would not have received what they call freedom of religion and freedom of speech if it had not been for the model of our prophet,” Dr. Shah said.

He also gave the example of Germany, where it is illegal to deny or trivialize the Holocaust. “I don’t want to be quoted as a Holocaust denier. I am not denying anything. I want to explain what happens if somebody denies or minimizes the people who were killed in the Holocaust,” he prefaced. “With freedom of speech, we think a person has a right to agree or disagree about a historical fact.”

He cited the case of the “Nazi Grandma,” as the German press calls her, who was convicted of being a Holocaust denier and sentenced to prison. He mentioned other cases of academics in Britain and Canada who have been jailed or deported for what they have written or taught.

Yet when Salman Rushdie wrote a fictionalized story about the Rasoul and portrayed his wife Aisha as being sexually promiscuous, it is hurtful to Muslims, he said.

“This is my point. While condemning the attack against Salman Rushdie, I am also condemning this attitude in the name of free speech that hurts Prophet Muhammad (pbuh) and denigrates a whole group of humanity. 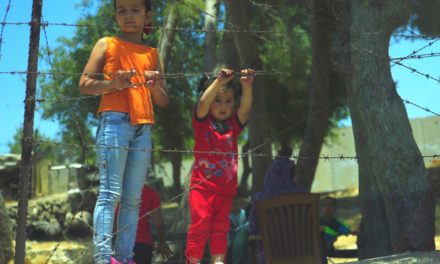 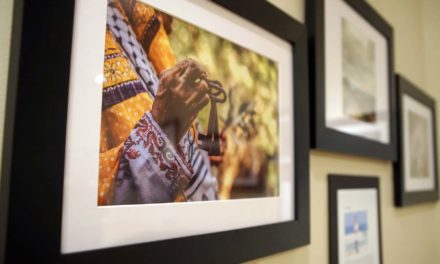