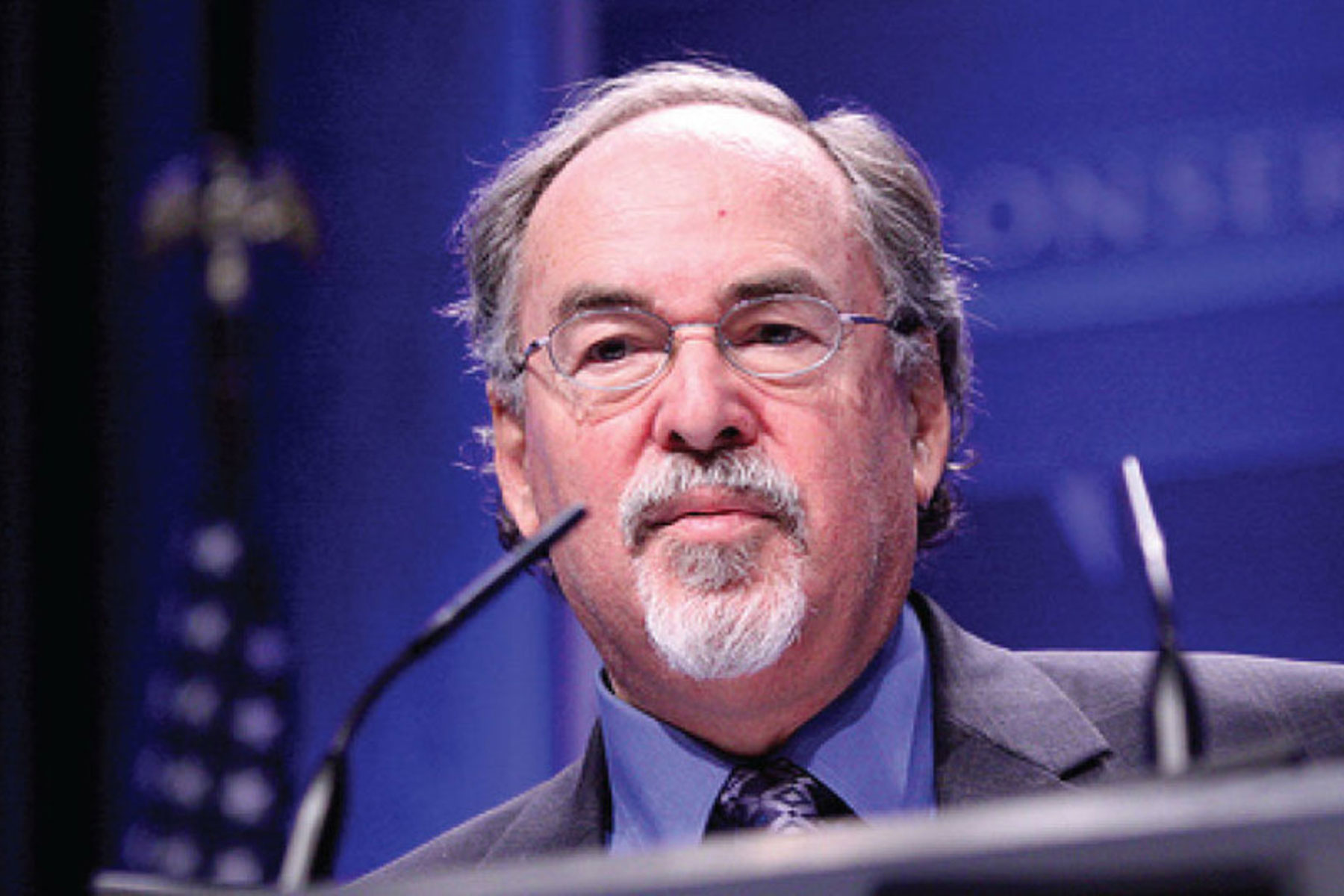 He was introduced as “one of America’s heroes.” The man who took the stage in front of hundreds of state legislators at the American Legislative Exchange Council (ALEC)’s annual meeting this August was none other than David Horowitz, an influential leader and moneyman in the anti-Muslim movement.

His presence at the event immediately sparked outrage. Dozens of progressive organizations in the following weeks launched a campaign to pressure corporations to stop supporting ALEC. In a piece published September 6, Horowitz blamed the backlash on his group, the David Horowitz Freedom Center, being included on the Southern Poverty Law Center’s hate map.

Horowitz has ties to the Trump administration and is a pivotal figure connecting anti-Muslim extremists and politicians. The ALEC invitation provided him with yet another powerful platform.

Horowitz adopted his usual conspiratorial tone in front of the influential group of policymakers. He turned to his favorite topics:

Horowitz has in the past compared the multiracial, nonviolent Black Lives Matter movement to the Ku Klux Klan and regularly raises the specter of “islamofascism.” The “real race war,” he has declared, is against white people.

To solve this “political subversion of our schools by an anti-American left,” Horowitz proposed “a code of ethics” that he wrote for K-12 teachers:

“All we need is a state legislature to pass it. It’s just based on the Hatch Act and it would bar teachers from taking partisan positions in the classroom.”

The Hatch Act is a 1939 law banning political speech for government executive employees.

Horowitz has made a name for himself through extreme-right institution building. His David Horowitz Freedom Center (DHFC) and its affiliated online magazine, FrontPage Mag, have become a repository of anti-Muslim and extreme-right ideologies. DHFC, which SPLC lists as an anti-Muslim hate group, sees its mission as confronting “the efforts of the radical left and its Islamist allies to destroy American values.” It has partnered with the likes of white nationalist enabler Milo Yiannopoulos to take on American campuses, as both took up the banner of defending free speech from what they called college campuses’ censorship.

ALEC, in turn, is a conservative and libertarian network that brings together state legislators and powerful corporations to draft sample legislation across the country. Its funders include the conservative billionaire brothers, Charles and David Koch. ALEC has helped author pro-business and regressive model legislation enabling gerrymandering, union-busting, school privatization and voter suppression.

Horowitz and ALEC have a common cause. ALEC has long pushed for restrictions on protests in schools and universities by drafting so-called “free speech” bills in various states, citing anti-LGBT Christian legal powerhouse Alliance Defending Freedom as an influence. The effort, now popular on the far right, is based on a mythical “campus free speech crisis,” and seeks to quell non-violent opposition to on-campus speakers, conservative speakers in particular.

ALEC’s model “free-speech” legislation does not go as far as other conservative groups’ bills. Sample free speech legislation drafted by the Koch-funded Goldwater Institute, for example, pushes for student protesters’ expulsion. However, the public head of ALEC’s Center to Protect Free Speech, Wisconsin State Senator Leah Vukmir, promoted a bill (SB 351) that sanctions those who “infringe on the rights of others to engage in or listen to expressive activity,” making clear the bill’s attempts to silence dissent. The bill failed.

A mouthpiece for ALEC’s call for a constitutional convention

At the conference, Horowitz emerged as a cheerleader for one of ALEC’s most ambitious projects.

ALEC is one of the key drivers behind efforts to get two-thirds of the states to call for a constitutional convention under Article V of the Constitution, to permanently amend the document with changes favorable to its causes. Under its guidance, 28 of the necessary 34 states have already passed articles calling for a balanced-budget amendment.

At the event, Horowitz came out as a vocal supporter for a constitutional convention, which he called the only way to put an end to “the greatest institutional threat to constitutional order” — the power of the Supreme Court. He claimed the court had overstepped its powers by banning official prayers in public school (Engel v. Vitale), legalizing abortion (Roe v. Wade) and passing marriage equality ( Obergefell v. Hodges). He told the assembled state legislators:

The convention of the states is your chance, and probably your only chance, to do something about this to reform the court as necessary, to prevent the federal government from extruding its powers into areas which it was never designed to do, to prevent it from destroying individual freedoms through socialist programs like Obamacare. The convention of the states is your opportunity to leverage your powers.

This too would be beneficial to ALEC, which has also sought to curtail judicial power to advance its own interests, especially after parts of its model legislation have been struck down by the Supreme Court.

A constitutional convention, Horowitz further mused, is “made for the Trump era. It provides an opportunity to follow the examples of our president’s boldness.”

Horowitz has seen his influence grow during the Trump presidency, as more and more of his allies joined the administration. He has longstanding links to Stephen Miller, the architect behind many of the White House’s anti-immigrant policies. The DHFC also organizes lavish conferences like the annual “Restoration Weekend.” These events bridge together anti-Muslim extremists like Pamela Geller with powerful political figures. Past attendees have included Jeff Sessions, Senator Ted Cruz (R-Texas), former White House advisers Steve Bannon and Sebastian Gorka, and Florida gubernatorial candidate Ron DeSantis.

ALEC is a highly secretive group, so it’s hard to say if this was the first time Horowitz took the stage at one of its events. Still, when he started his speech, he called the CEO of ALEC, Lisa Nelson, an “old friend.”

Regardless, it is not the first time ALEC served an anti-Muslim and nativist agenda. As Hatewatch reported, at an ALEC conference in 2016, anti-Muslim Idaho state representative Eric Redman met with Christopher Holton, a staffer with the anti-Muslim hate group Center for Security Policy. Both have proposed so-called anti-Sharia bills, legally redundant efforts that foment a sensational fear of Islam and American Muslims subverting American law.

ALEC, generally, has had a long history of collaborating with anti-immigrant and racist legislators, on top of pushing out voter suppression bills and challenges to direct democracy. One of the most regressive pieces of anti-immigrant legislation the nation has known, Arizona’s SB 1070 can be attributed to the group. Passed in 2010, SB 1070 allowed law enforcement officers to check people’s immigration status if they suspected they were undocumented, and stop and arrest them without a warrant. The law, which incentivized racial profiling, sparked waves of protest and legal challenges. It also prevented undocumented people from seeking jobs.

The bill was sponsored by virulent anti-immigrant then-state senator Russell Pearce, and written with input from Kris Kobach, now Kansas’s secretary of state. Kobach is an anti-immigrant activist who worked as a lawyer for the legal arm of the anti-immigrant hate group Federation for American Immigration Reform (FAIR) and has long fought for voter suppression.

Pearce also submitted the bill to ALEC’s Public Safety Task Force, on which he sat alongside the private prison corporation Corrections Corporation of America. The bill was redrafted there, and would ensure that the crackdown on undocumented people would funnel money directly into the private prison industry that detained them, with which politicians behind SB 1070 had a number of existing ties. The task force eventually accepted the law as “model legislation” to be replicated throughout the country. SB 1070 has since been gutted and its enforcement weakened due to legal challenges, with parts of it struck down by the Supreme Court.

One of ALEC’s founders, Paul Weyrich, long facilitated the relationship between the prison industry, the nativist movement and legislators, and even harbored ties to famous Nazi collaborators. Apart from Pearce, ALEC members have included Daryl Metcalfe, the founder of State Legislators for Legal Immigration, which sought to abolish birthright citizenship and depicted immigrants as “invaders.” It also collaborated with FAIR.

ALEC hasn’t shied away from associating with state legislators with ties to hate groups, and it’s telling that they welcomed a hate-group leader directly to their stage. The recording of Horowitz’s remarks clearly shows that he was greeted by an enthusiastic and receptive crowd. Horowitz even claimed he received a standing ovation. By inviting an anti-Muslim bigot so openly, ALEC sends the message it remains comfortable associating with hateful figures.

Wisconsin Rep. Chris Taylor, a Democrat and critic of ALEC who was in the room during Horowitz’s speech, asked:

“[The] Horowitz’s of the world, who ALEC at least publicly has kept at a distance during my tenure, are now becoming part of the ALEC universe. Are ALEC supporters, including their corporate funders, willing to embrace this hate-mongering to continue to advance their corporate agenda?” 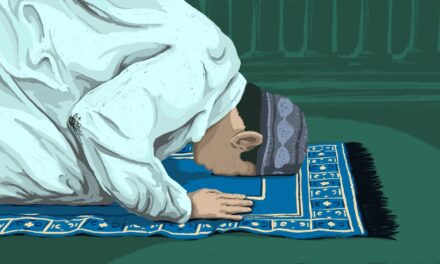 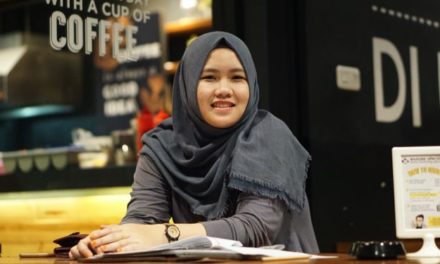 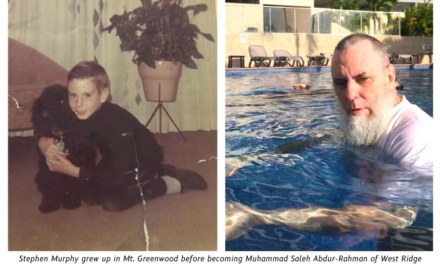