Local Activist a Witness to the Violence of Occupation 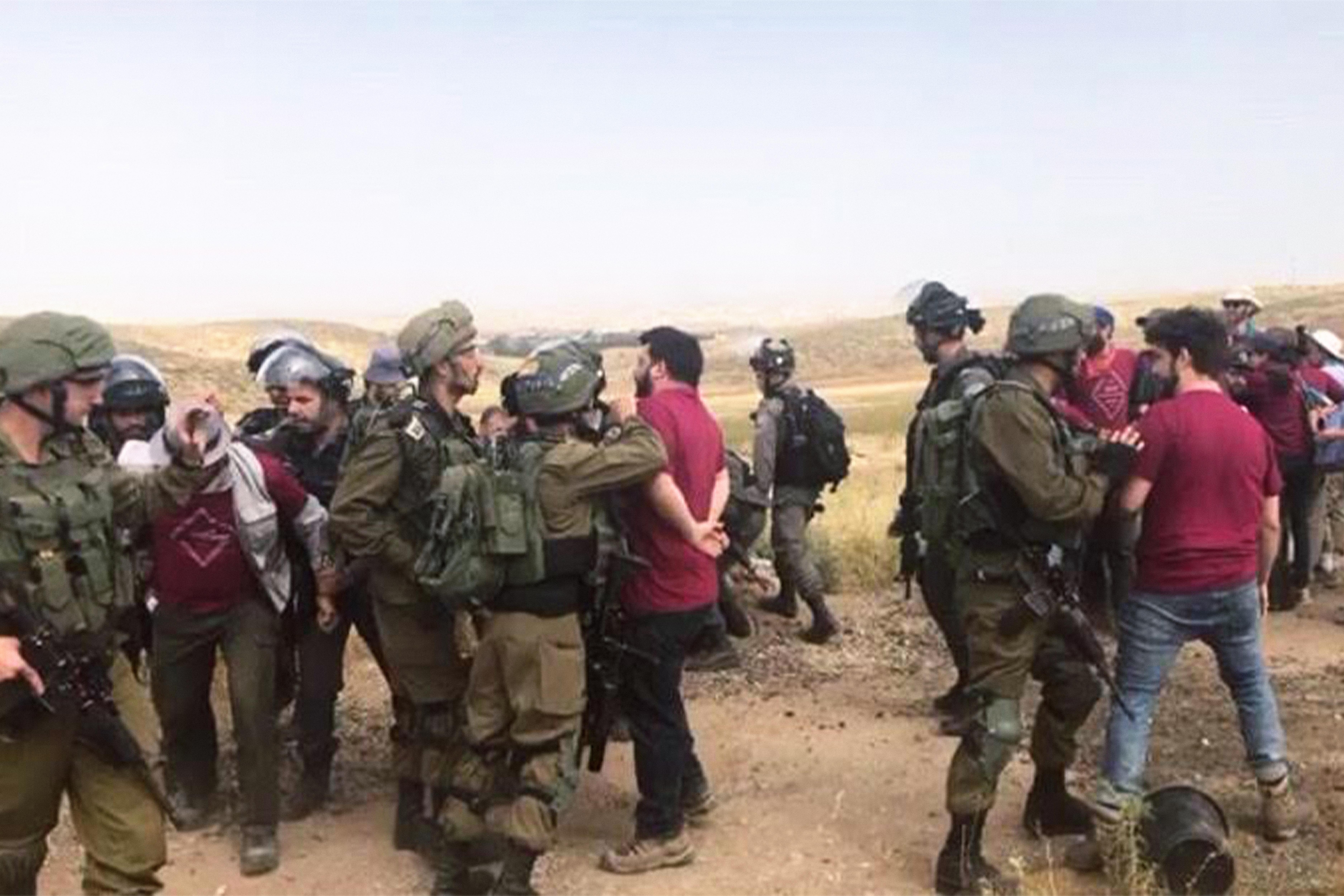 Ari Bloomekatz  is in the center with the red shirt and hands behind his back.

As a Jewish peace activist working in the occupied territories, Ari Bloomekatz was an eyewitness to violence and oppression. He has also been their victim.

Earlier this month, the 33- year-old River West resident was part of a group organized by the Center for Jewish Non-Violence – 130 North American Jews, Israelis, and Palestinians, working to repair a road in the Southern West Bank.

The condition of the roads in the occupied territories is part of the oppression experienced by Palestinians. Bad roads keep them isolated and make obtaining the necessities of daily life a constant struggle. Bloomekatz described this road as rutted and filled with boulders.

The group had been working for only an hour when IDF (Israeli Defense Force) trucks appeared. Soldiers began beating, kicking, and stomping on the “100% non-violent” group, says Bloomekatz. He was punched in the head, and though he doesn’t remember the blow, he has experienced nausea, headaches, and sleeplessness since. Video shows Bloomekatz being hit so hard that he was thrown about fifteen feet, reeling through the people standing around him. His hands were behind his back when he was struck.

SHOCKING footage coming out from yesterday as @CJNVtweets delegate and @IfNotNowOrg organizer, @bloomekatz is punched by an Israeli solider. For what? Rehabilitating a critical access road for Palestinians. pic.twitter.com/9OgpZweUAL

Bloomekatz was one of seventeen men and women, including at least two journalists and two rabbis, taken to a police station in the nearby settlement of Kryat Arba. He was finger-printed and interrogated. “For the most part, I stayed silent,” he says. Human rights lawyer Emily Schaeffer Omer-Man, whom Bloomekatz describes as “a huge hero,” was at the scene and eventually managed to secure the group’s release.

While still detained at the work site, Bloomekatz saw something he says he will never forget.

While he was pushed up against a vehicle with his hands bound, Bloomekatz witnessed the torture of a Palestinian teen-ager. “The soldiers held back his hair and slammed his head into a vehicle’s window. They took turns hurting him.” The soldiers spread the Palestinian youth’s legs wide and forced him to bend backward, an extreme position that causes excruciating pain. “They hit him and spit on him,” Bloomekatz says.

Bloomekatz turned to the friend on his left who said, “Don’t look away.”

“I’ve never seen anything like the eyes of those soldiers,” Bloomekatz says. “They were full of pure vitriol, pure hatred, pure disgust.”

The soldiers took the young man away. “I was immediately frightened” about what would happen to him, Bloomekatz says. When the boy returned, he “looked like he had been beaten some more.” But Bloomekatz also noticed something else – the look in the young Palestinian’s eyes. The young man held his head high, and in his eyes was an expression of courage and dignity. Bloomekatz says he was immediately struck by “the contrast between his eyes and those of the soldiers.”

Bloomekatz gave testimony about his experience to a group called Yesh Din, an organization that tracks settler violence against Palestinians. At home in Milwaukee, he is a member of IfNotNow, a group that does education aimed specifically at ending the American Jewish community’s support for the occupation.

“People think Israel is this moral democracy full of civil rights,” says Bloomekatz. “But it’s the opposite of that.” He says that, “what happened to this young man happens to Palestinian young people on a daily basis. It’s horrifying how normal it is.”

With the re-election of Benjamin Netanyahu as Israeli prime minister, many people see little hope for an end to the Israeli occupation. However, Bloomekatz believes he is part of a generation of younger American Jews who are confronting the fact that they have been lied to. “This new generation is furious,” he says, because the occupation violates one of “our deepest ideals as Jews, the ideal of social justice.” 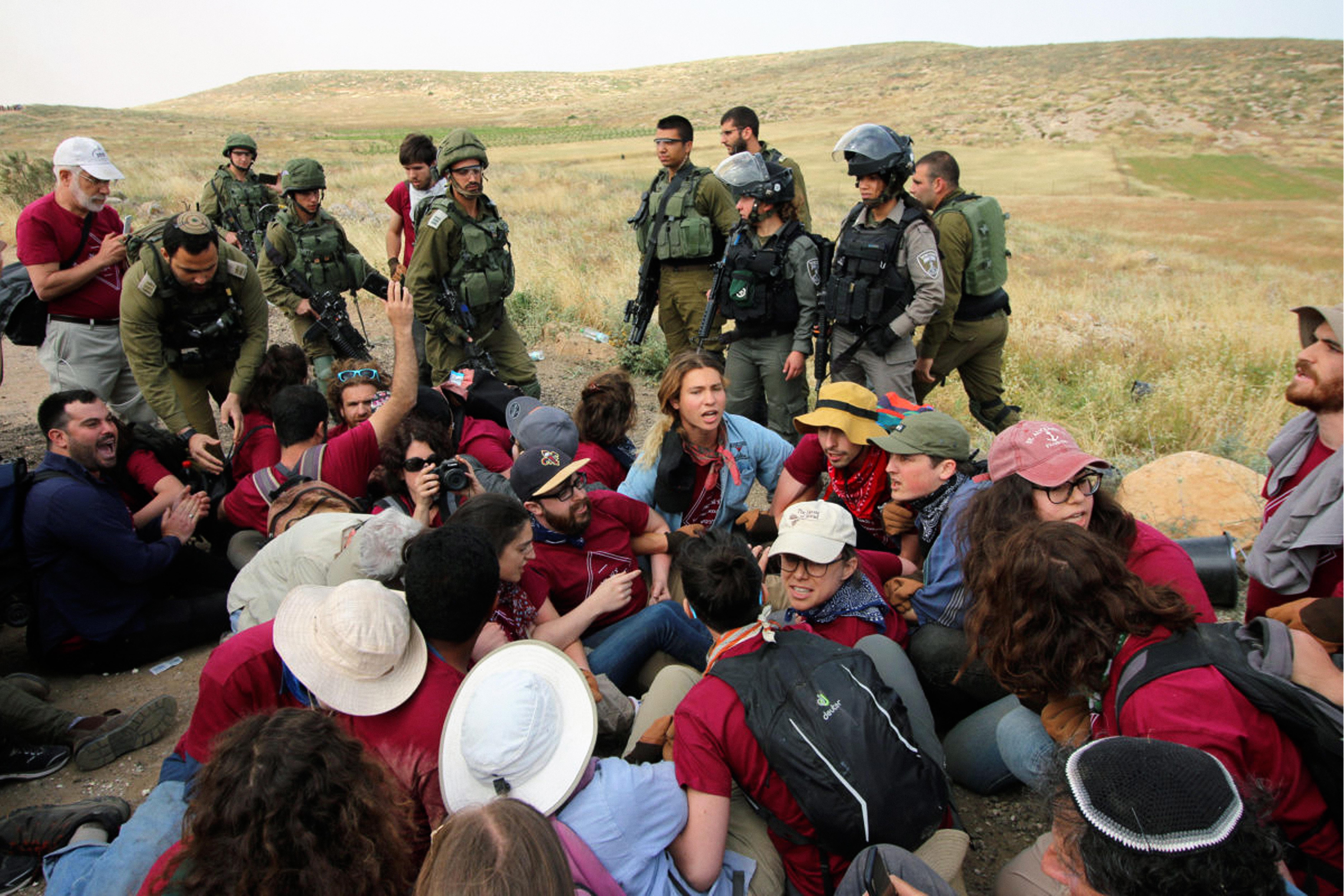 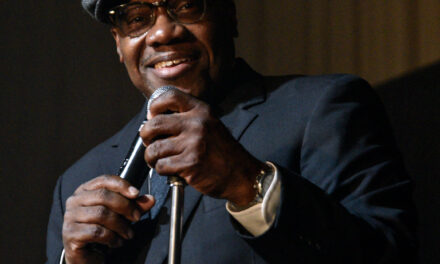 Acclaimed comic to perform at the MMWC 10th Anniversary Gala 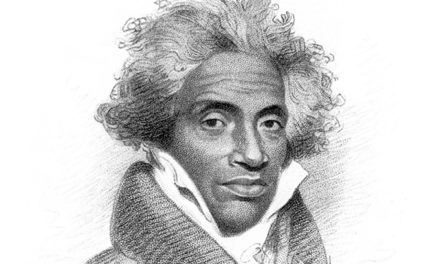