Nakba and the Palestinian Right of Return

Will they choose to be a true democracy like the United States or will they be an oppressive Apartheid state? There are no other choices. 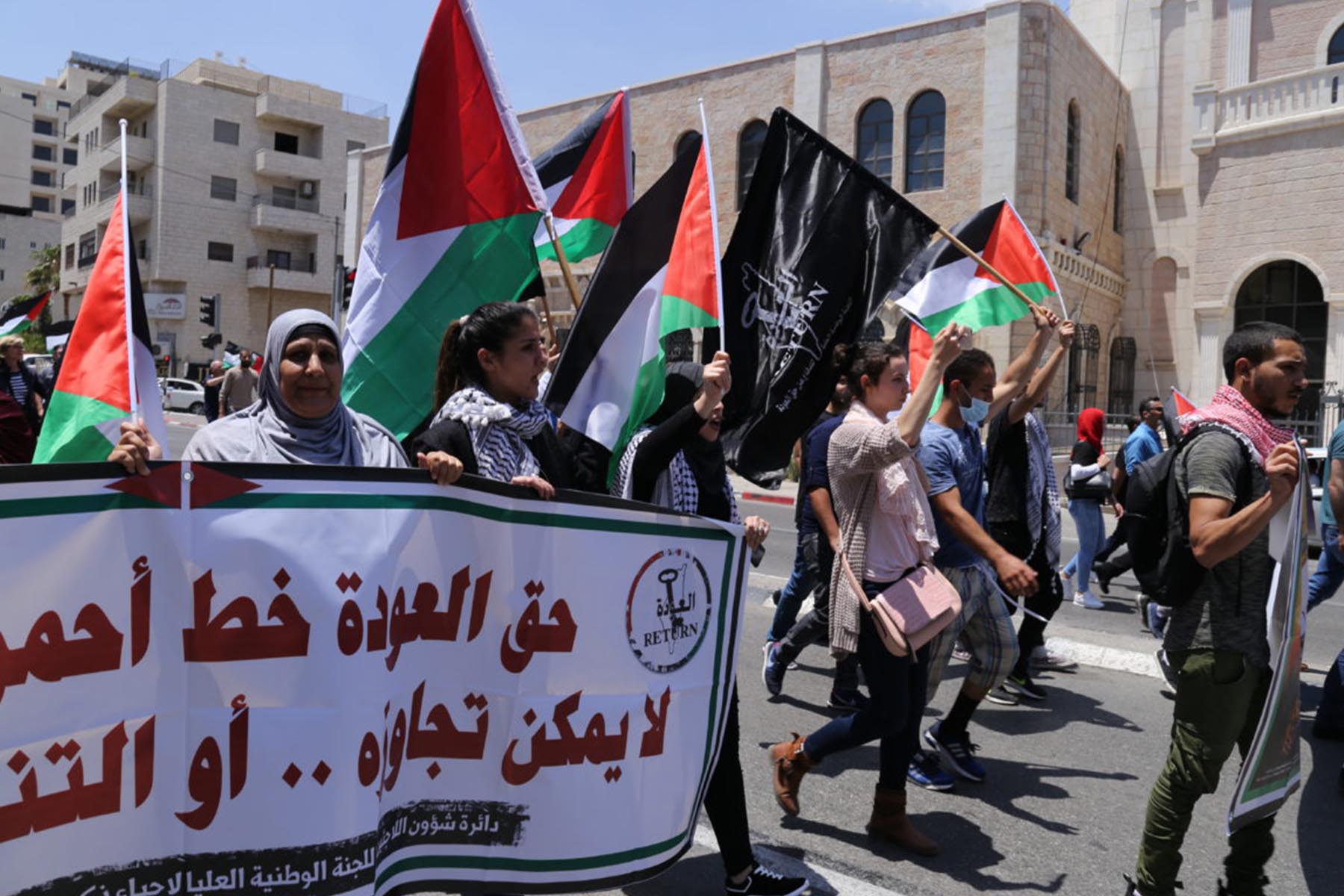 Every year on May 15, Palestinians around the world commemorate the Nakba or “catastrophe”—the massive ethnic cleansing of Palestine by Zionist militias in order to create the state of Israel in 1948. This year marks seventy-one years since the original Nakba, but this ethnic cleansing continues.

In Gaza, 304 people have been killed in by Israeli snipers and recent air raids, including children, medics, and journalists, since the Great March for Return began a year ago. More than 20,000 people have been wounded, many with life-altering injuries, as Israeli soldiers target the legs of young men. This is the punishment Israel inflicts on Palestinians for standing up for their rights.

For 14 months tens of thousands in Gaza have been protesting the twelve-year siege and demanding their right to return to their land and their homes. Meanwhile, Trump has given Netanyahu the okay to annex the Syrian Golan Heights, Palestinians in Jerusalem are threatened with demolition and eviction, and violence by Israeli settler extremists and arrests of children and adults are part of daily life. Deadly military raids and land theft continue in the West Bank.

Palestinians in Israel today live under more than 60 discriminatory laws, while Palestinian refugees – over 750,000 of whom were expelled in 1948 during the creation of Israel – have been prevented from returning to their homes, in violation of international law.

The father of Jared Kushner  is the founder of the largest illegal Israeli settlement in the West Bank, built on land stolen from the Palestinians.  Jared, son-in-law and senior advisor to President Trump claims he is going to unveil the deal of the century for the Palestinians.  Many believe Israel handed him a map, which includes Israel annexing significant areas of the Palestinian the West Bank.  Since a two state solution is no longer viable, Israel will need to make a decision. Will they choose to be a true democracy like the United States or will they be an oppressive Apartheid state?  There are no other choices.