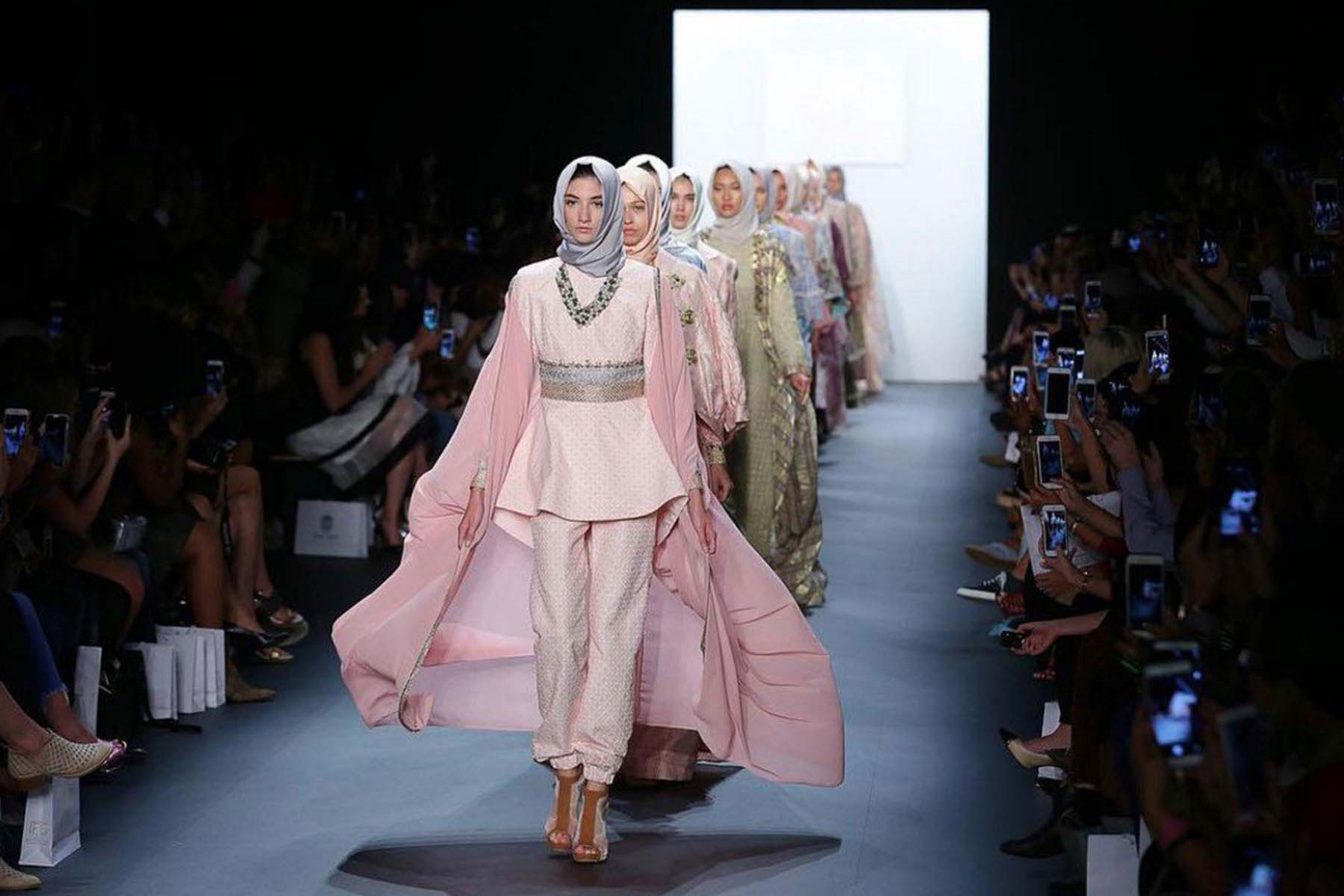 A major exhibition exploring the diverse dress codes of Muslims, and the first of its kind dedicated to displaying Islamic culture within a fashion context, is set open in San Francisco this month.

From the launch of Vogue Arabia to Uniqlo and Dolce & Gabbana branching into modest fashion lines, Islamic style has become a burgeoning global market in recent years – and a profitable one, too. Figures from Thomson Reuters forecast that the global fashion spend by Muslims will reach $373bn by 2022.

Focusing on – though not limited to – clothing aimed at Muslim women, Contemporary Muslim Fashions will take over San Francisco’s de Young museum from September 22, and aims to shine a light on the evolution of Islamic style via Nike hijabs, online influencers and couture gowns.

The show opens with an exploration of modesty, incidentally a fashion buzzword of recent years thanks to the increased interest of western retailers and designers. It focuses on the role of head coverings, sportswear – including Aheda Zanetti’s controversial burkini, which in 2016 was temporarily banned from some French beaches – and showing custom designs from couturiers including Oscar De La Renta and Yves Saint Laurent, designed to accommodate religious considerations. These include pieces which ensure heads, arms and cleavages are covered.

“We researched and interviewed designers in different areas of the globe, from the Middle East to Malaysia to Indonesia, and understood that there was this emergent outburst of energy and creativity coming from a lot of Muslim majority countries,” said Laura Camerlengo, the associate curator of costume and textiles for the Fine Arts Museums of San Francisco, and one of the organisers of the exhibition. “As such, a lot of the focus of the exhibition is on designers from these countries, and emerging designers”.

The show also touches on communities in Europe and the US, and features contributions from up-and-coming British designers, such as athleisure entrepreneur Yasmin Sobeih.

“The exhibition shows both regional differences, but also the commonality across the globe,” added Jill D’Alessandro, a fellow organiser and curator of costume and textile arts. “In some areas we’ve done that through photographic representation and film. We also have a section on social media and art photography”.

Among the artists featured is Morocco-born, London-based pop-artist Hassan Hajjaj, who in showcasing printed and non-black hijabs has become known for subverting typical depictions of the headwear through his work. Curators have been cautious to avoid a homogenous approach to Muslim millennials in relation to social media. Indeed among the influencers featured are Leah Vernon, a plus-size, African-American blogger, and Hoda Katebi, an Iranian-American who runs a politically-charged fashion site.

It’s hoped this showcase will replicate the success of some of the more recent fashion exhibitions. The V&A’s Balenciaga: Shaping Fashion, which ran last winter, was critically acclaimed, while earlier this year the Metropolitan Museum of Art’s Heavenly Bodies exhibition became the most popular fashion display of all time, attracting a million customers in three months.

The exhibition space aims to act as a visual metaphor. Masterminded by Iranian-American architecture firm Hariri and Hariri, its curved lines mimic the act of covering oneself, with a space which Camerlengo says “surrounds” visitors. In a statement, sisters and founders of the company, Gisue and Mojgan Hariri, said that they hoped the exhibition would “allow a positive review and examination of a community that’s often talked about but rarely given the chance to speak and present itself”.

Indeed, this seems to be a key consideration for many involved with the show, which will run until 6 January 2019. A selection of diasporic fashion includes designs by US label Slow Factory, founded by Lebanese-born Celine Semaan who partnered with the American Civil Liberties Union to create a collection opposing Donald Trump’s ‘Muslim ban’ – silk scarves embellished with the word ‘banned’, and a bomber jacket with the US First Amendment written in English and Arabic.

“We decided to mount the exhibition prior to our current president, but it is an important time for us to do it,” adds Camerlengo. “So many of the artists and designers we have worked with have talked about the role of fashion as an agent for positive change”. 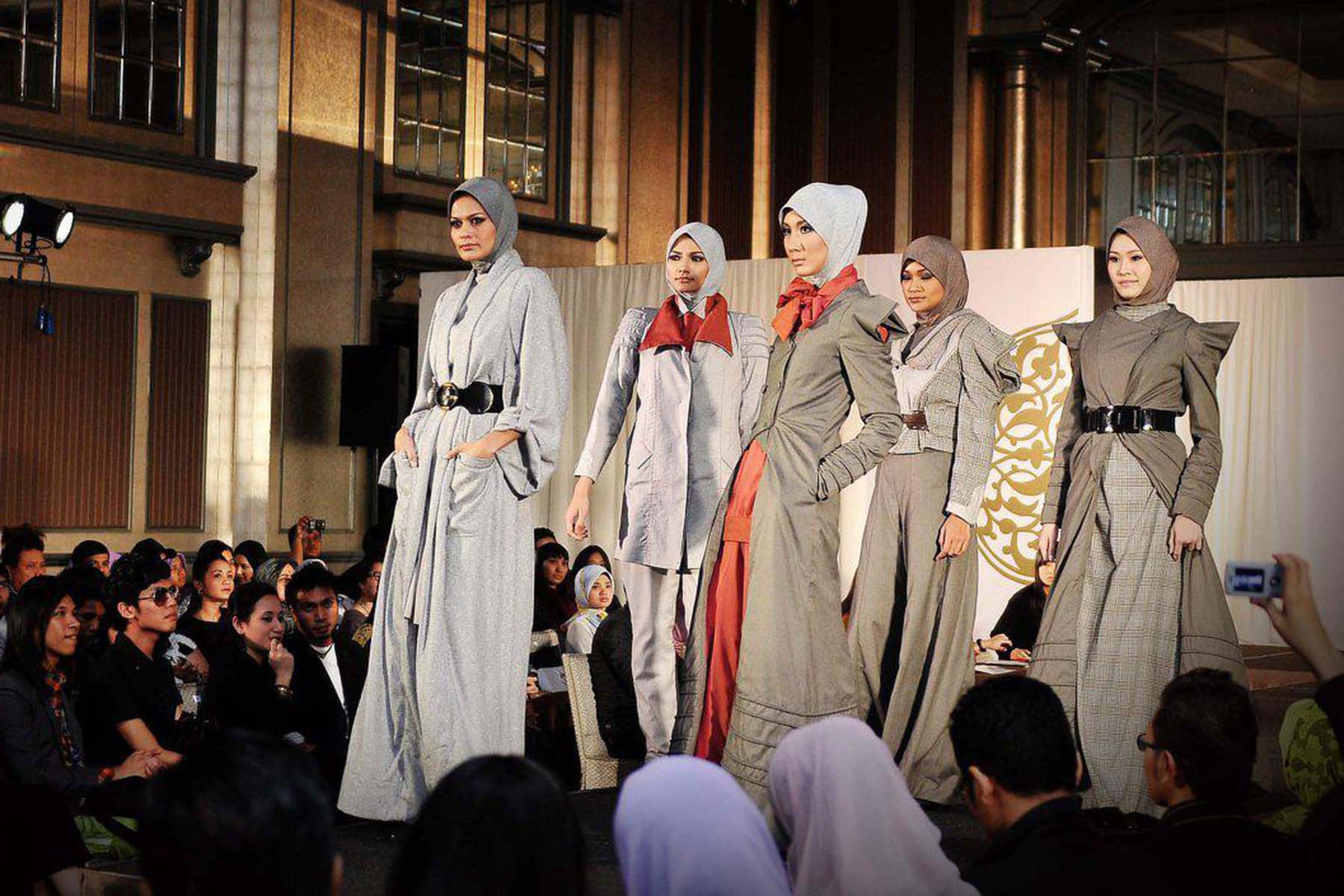 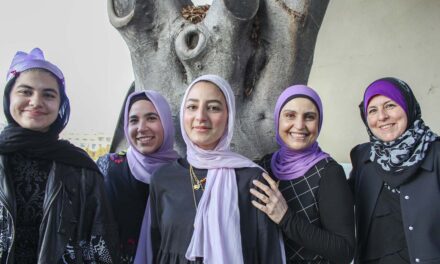