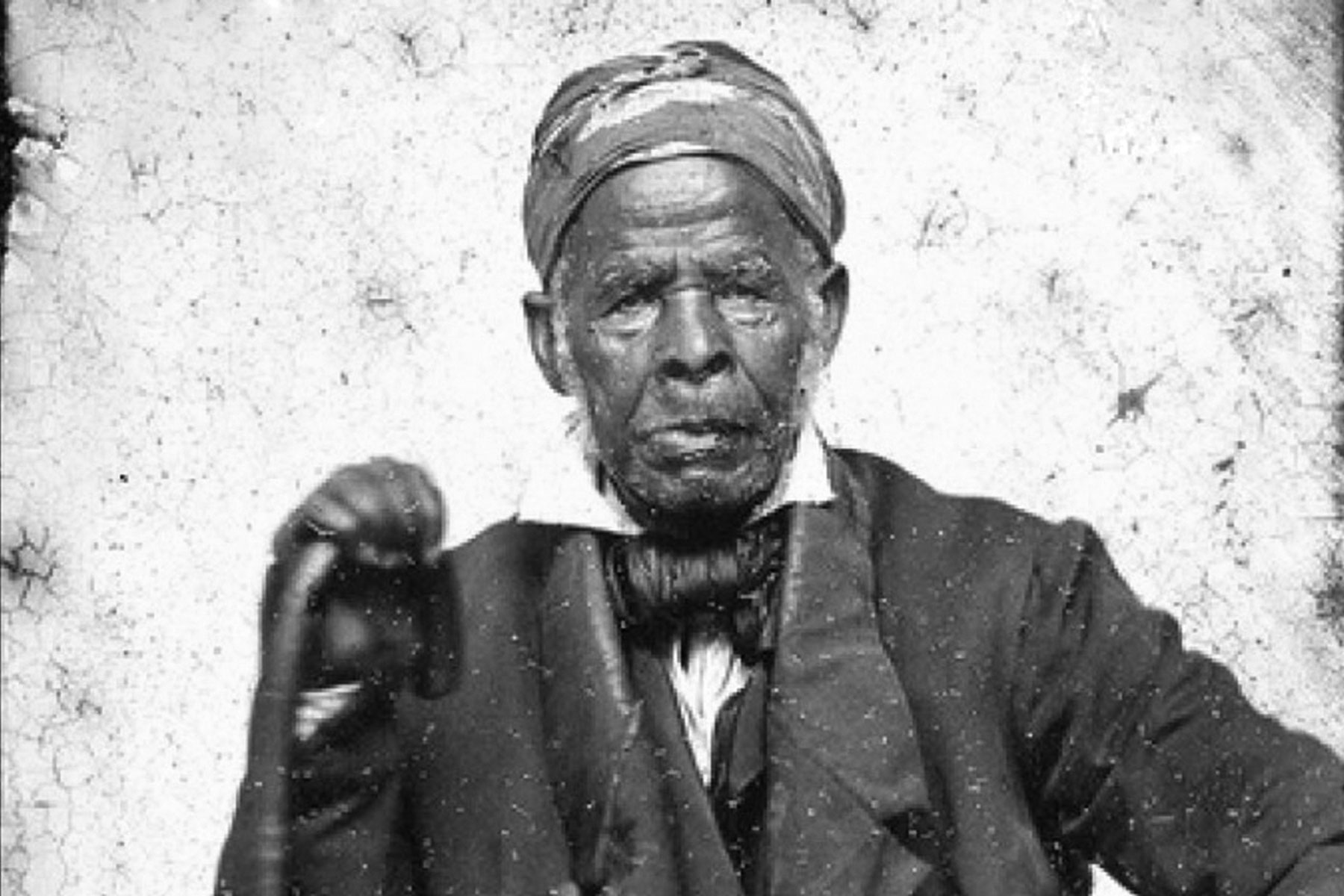 Zaid Shakir as “Reflections on Black History Month” for Why Islam?

Black History Month should be of interest to every Muslim, especially in America. It is estimated that upwards to 20 percent of the Africans enslaved in the Americas were Muslim. In some areas, such as the coast of the Carolinas, Georgia, and parts of Virginia, the percentages of Muslims in the slave population may have approached 40 percent. The fact that the search of a random African American, Alex Haley, for his roots led him to a Muslim village in West Africa is indicative of the widespread Muslim presence among the enslaved population here in the Americas.

At this critical time in the history of our country, it is important for Muslims, whose legitimate existence in this country is being challenged in some quarters, to connect to our American Muslim roots. As Muslims, our story in this country did not begin with the coming of Syrians, Lebanese, Albanians, or Yemenis at the turn of the 20th Century and later. It began with the lives of those courageous African Muslim slaves whose blood, sweat, and tears were instrumental in building this country. Their struggle is our struggle, and our struggle should be viewed as a continuation of theirs.

In identifying with those African Muslims, we must not allow ourselves to forget that they were part of a greater community, a community which has evolved to almost fifty million African Americans. The struggle of that community, its pain, perseverance, triumphs, and defeats, cannot be separated from the struggle of its Muslim members. If we as Muslims are moved by the suffering of our coreligionists who were exposed to the dehumanizing cruelties of a vicious system, we should similarly be moved by the plight of their non-Muslim African brothers and sisters who suffered the same injustices.

We must also be moved to work with unwavering conviction to address, within the parameters of our organizational missions, the vestiges of institutional racism which continues to disproportionately affect African Americans and other racial minorities in this country. One statistic alone should be sufficient to alert us to the presence of such racism – 50 percent of this nation’s 2.3 million incarcerated individuals come from her 12 percent African American population. Similarly discouraging statistics are found in areas ranging from access to higher education, teen pregnancies, high school dropout rates, youth homicides, and many other indicators.

African American Muslims have a particular responsibility in addressing such racism. In beginning to do so, we can take our lead from our formerly enslaved brothers. Despite their lack of freedom, many of them were never “owned.” This fact is strikingly clear in their increasingly widespread biographies. Individuals such as Ayyub bin Sulayman (Job Ben Solomon), Ibrahim Abdul-Rahman, and Yarrow Mamout, to name a few, did not allow the ravages of chattel slavery to rob them of their dignity, honor, nor their human worth.

As we endeavor to address the imperfections of society, in race relations and other areas, we must do so with dignity, honor, grace, and with free and open minds. Those of us who hail from the historically oppressed minority communities of this land must resist the temptation to allow the triumvirate of rage, a sense of victimization, and vengeance to distort our ability to calmly assess and then pragmatically address the many issues confronting us. When such a distortion occurs, delusional thinking and irrational politics usually result.

Superior erudition was the key to the liberation of Job Ben Solomon. Herein is a sign for us. As American Muslims we have been blessed to reside in the most intellectually dynamic society in history. Also, the primal command in our religion is to read. We should enthusiastically pursue the mandate created by these twin facts and push ourselves to become the most educated community on Earth –in religious and worldly knowledge. In so doing, the miracles which were so clearly manifested in the life of Job Ben Solomon will surely bless our lives.

The dignity, nobility, and erudition of Ibrahim ‘Abd al-Rahman, qualities which earned him the epithet, “Prince,” were instrumental in his liberation from the shackles of bondage. Our day is witnessing the steady degradation of our collective human dignity. We should be a community whose dignity and nobility readily impresses all who deal with us, and more importantly a community whose ethics are a reflection of the true value and depth of the prophetic teachings. Sadly, as Muslims, generally speaking, we have dishonored the prophetic legacy we have been entrusted with. Our ethics oftentimes reflect a utilitarian approach to life. If something proves effective, and effectiveness for many of us is increasingly viewed in terms of money or security, we too often look to find a way to provide it with religious sanction. Such an approach may ensure our short-term prosperity, but it will never open the hearts and minds of masses of people to Islam.

Our forefathers attracted people to Islam and conquered lands with the loftiness of their character and ethics. We oftentimes repulse dignified outsiders who come into our midst. At the height of American chattel slavery, Yarrow Mamout, an elderly Muslim who had gained his freedom, so impressed the artist Charles Wilson Peale with his dignity, nobility, and grace that the latter, who painted six portraits of George Washington, was inspired to paint Mamout. Who among us would inspire a similarly placed artist today?

In conclusion, Islam is calling us to be bigger than what the world has made us. If the world has made us members of a “disadvantaged” race, class, ethnicity, or gender, the world wants us to be dehumanized by the ensuing rage, sense of victimization, and a quest for vengeance. The collective weight of those forces can easily lead to a dehumanizing loss of hope. For our African Muslim ancestors enslaved in this land, Islam was always a source of hope, dignity, and for many, as we have mentioned, the key to their liberation. For those who never escaped the shackles of physical bondage, Islam provided the basis for their rising above the dehumanization of the chattel system. In the words of Dr. Sylviane A. Diouf, “The African Muslims may have been, in the Americas, the slaves of Christian masters, but their minds were free. They were the servants of Allah.” As they were so too should we be. 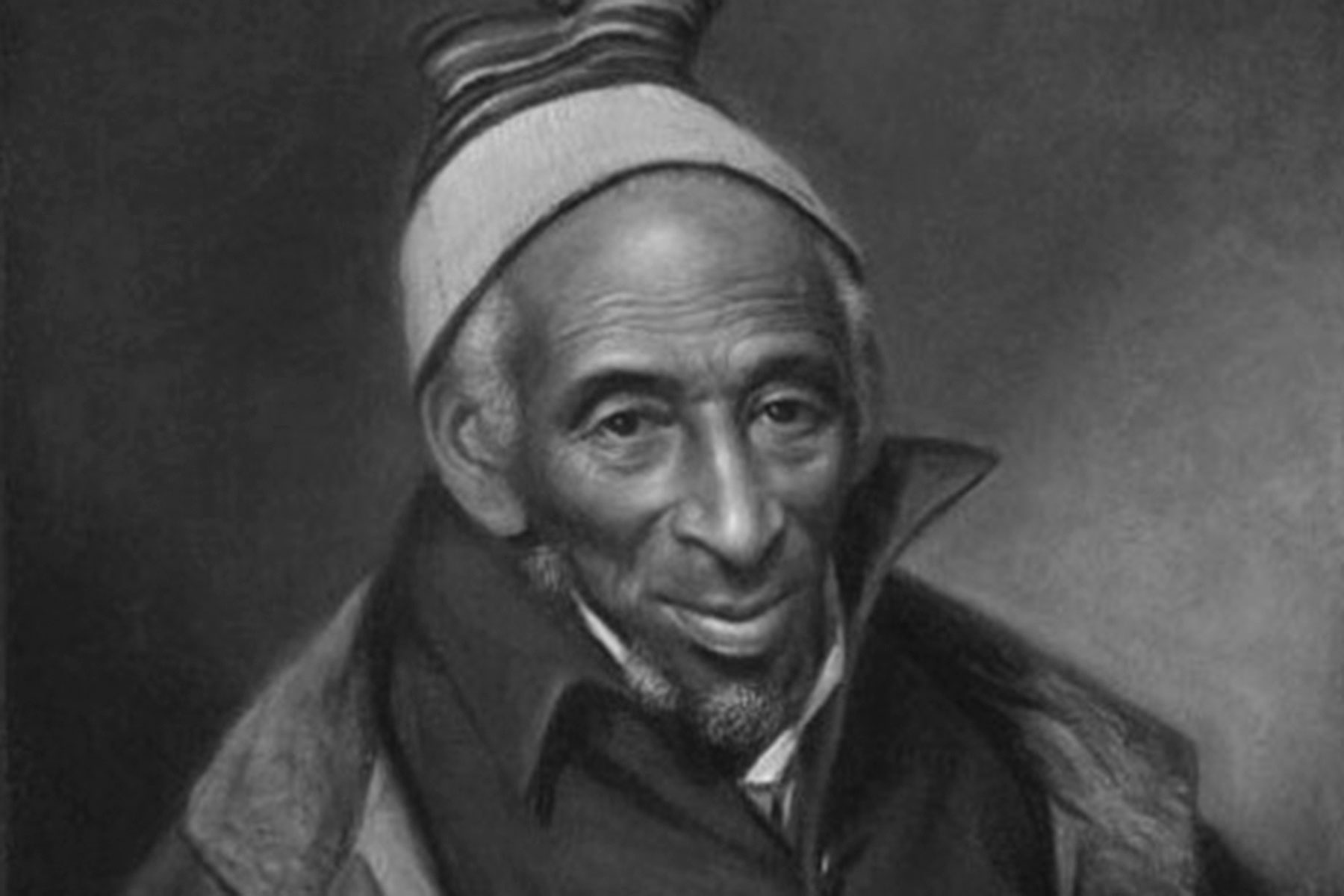 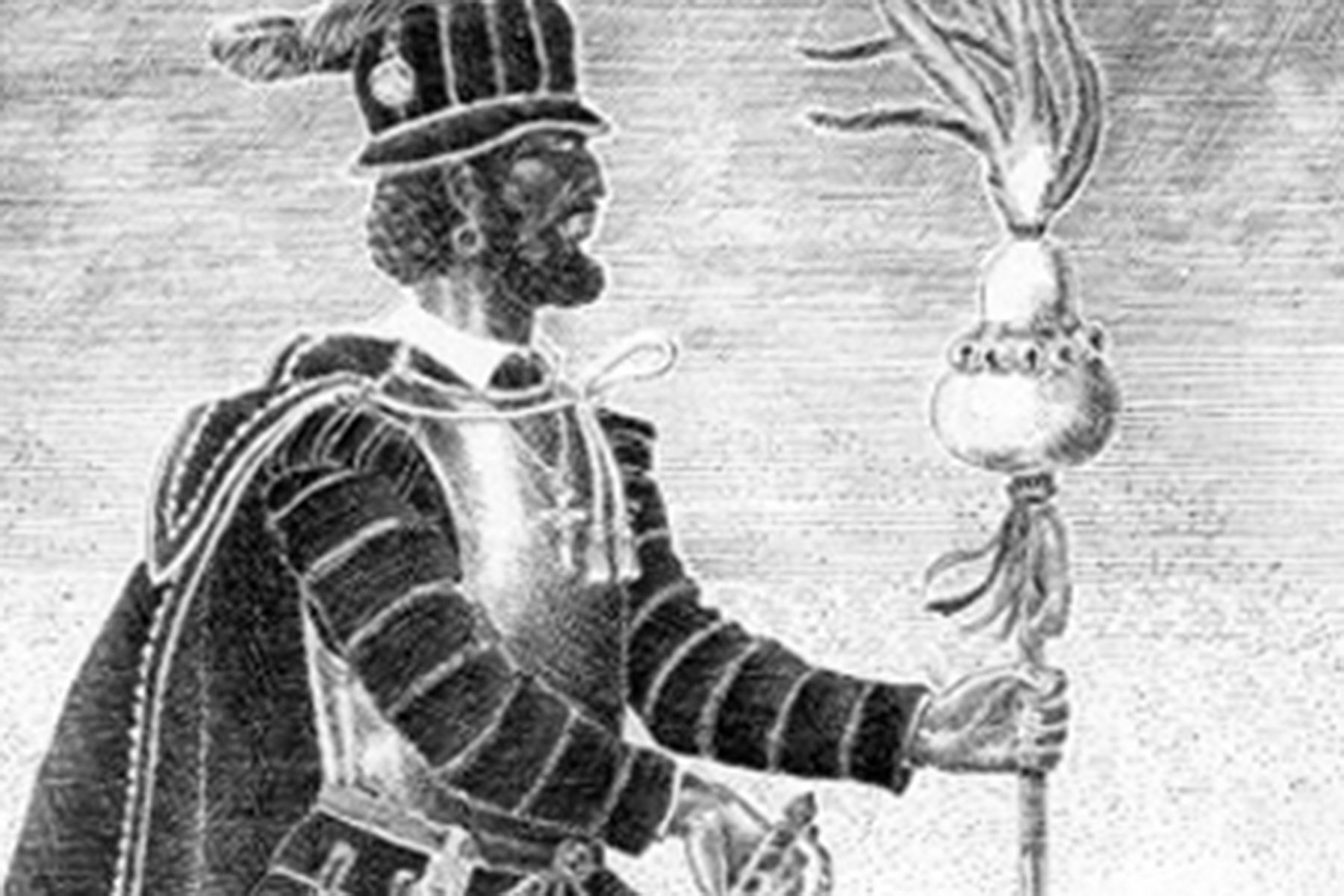 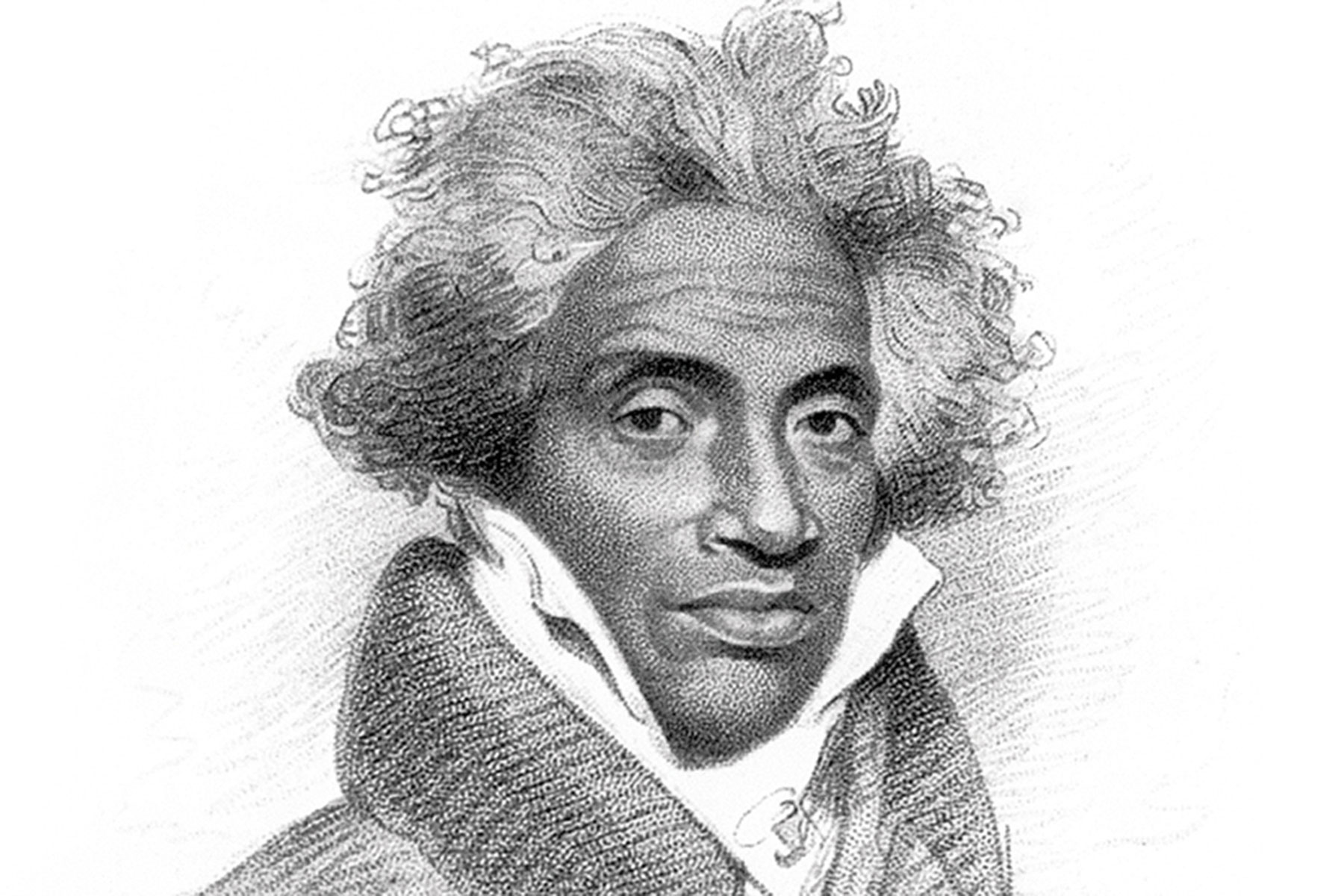 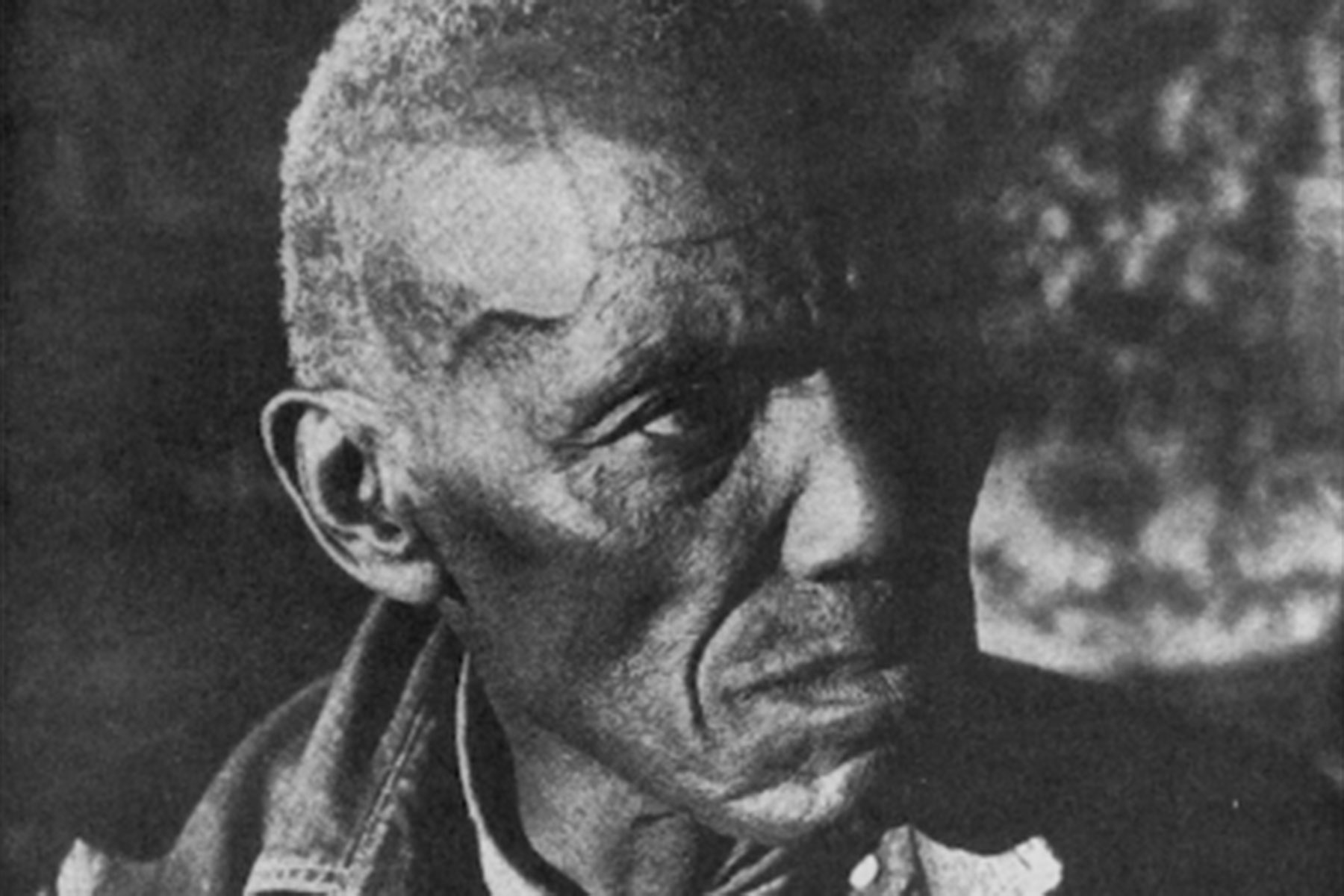 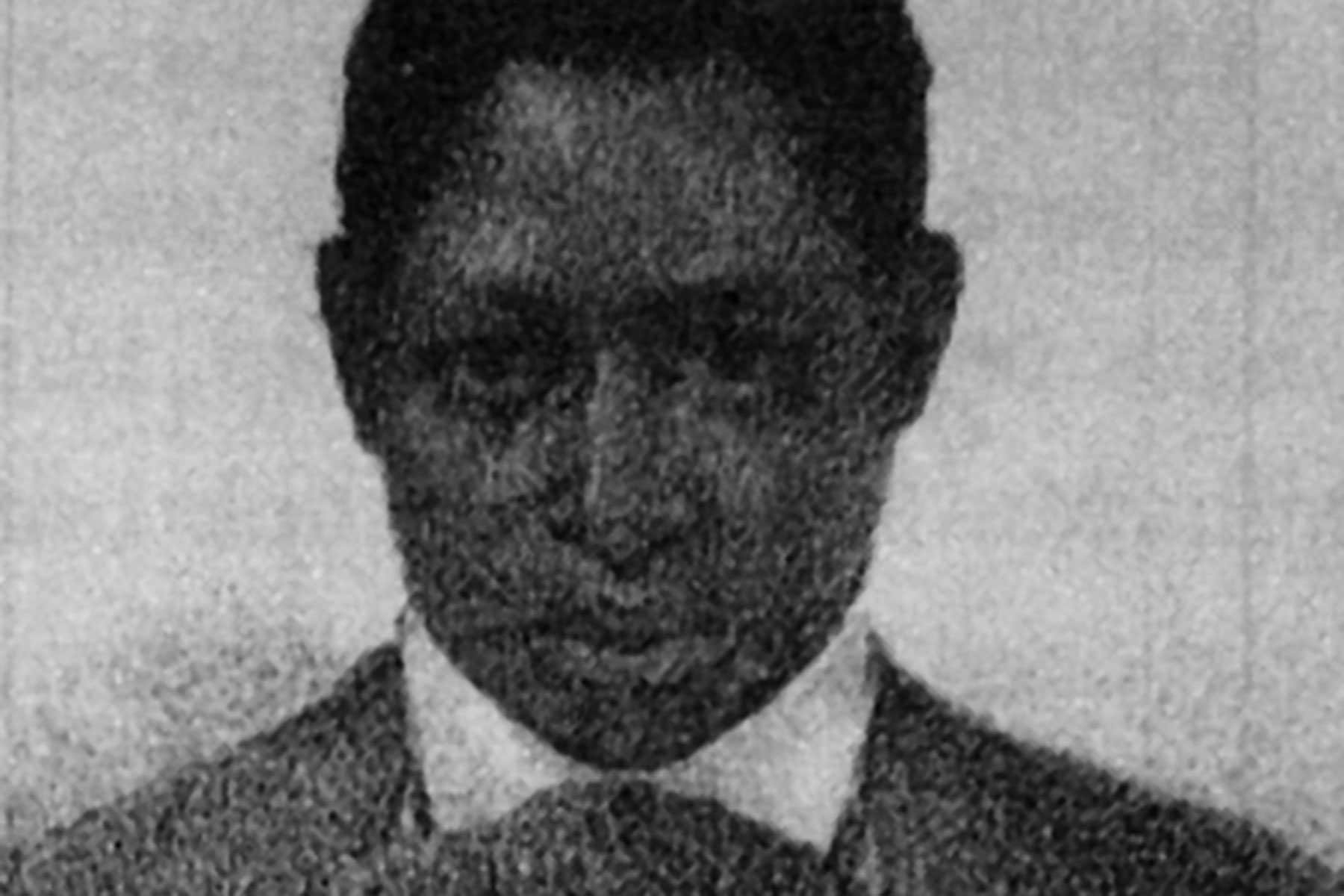 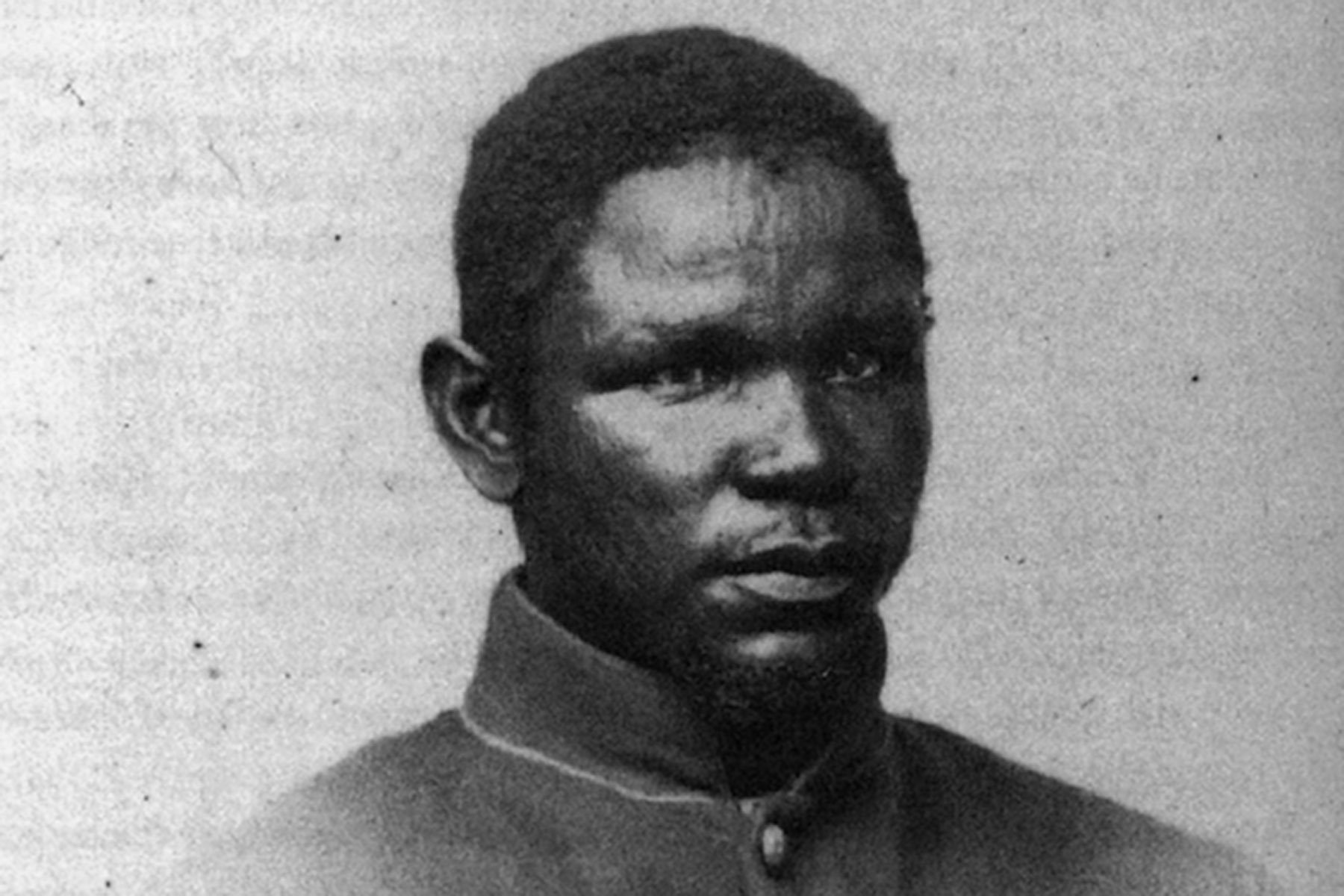 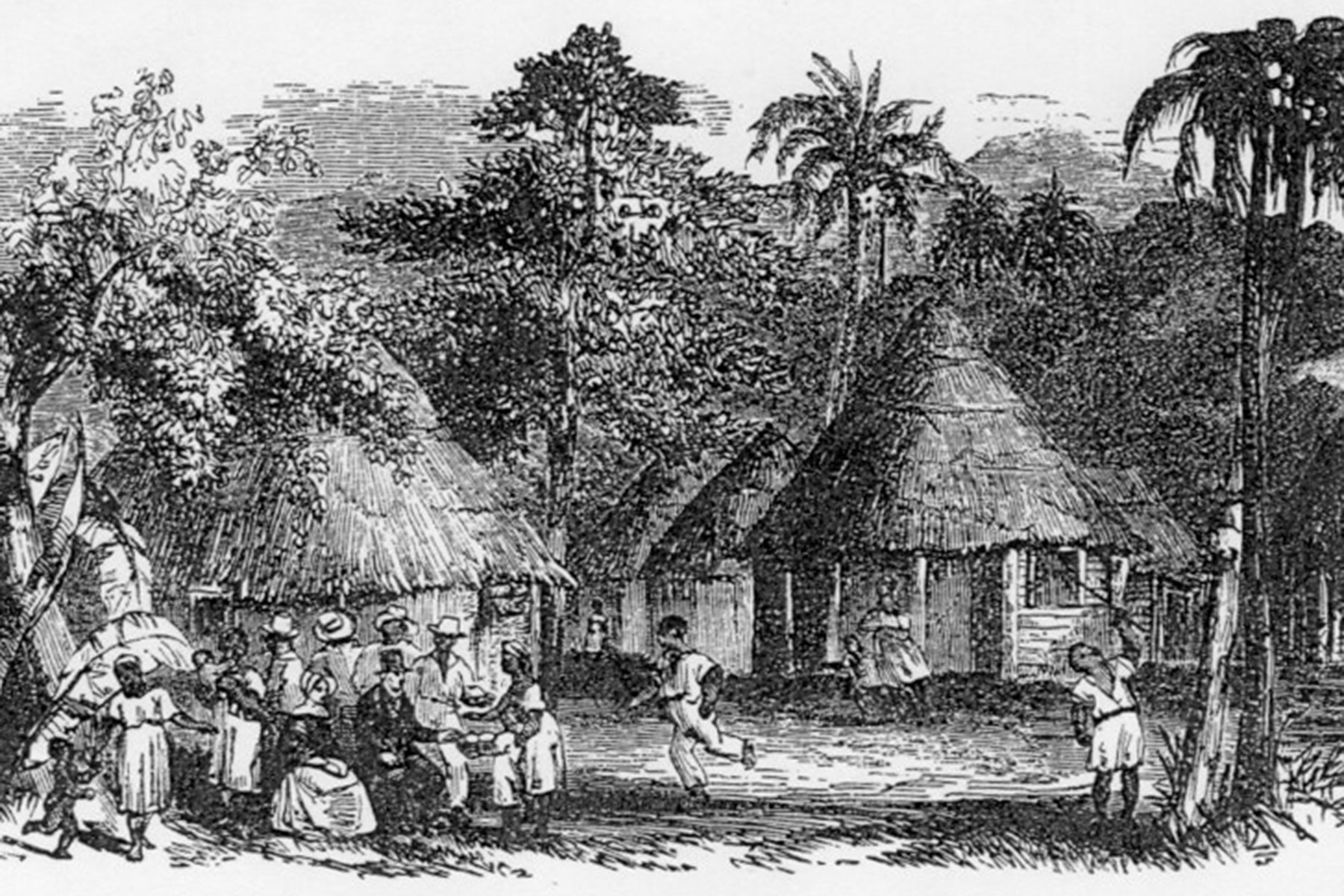 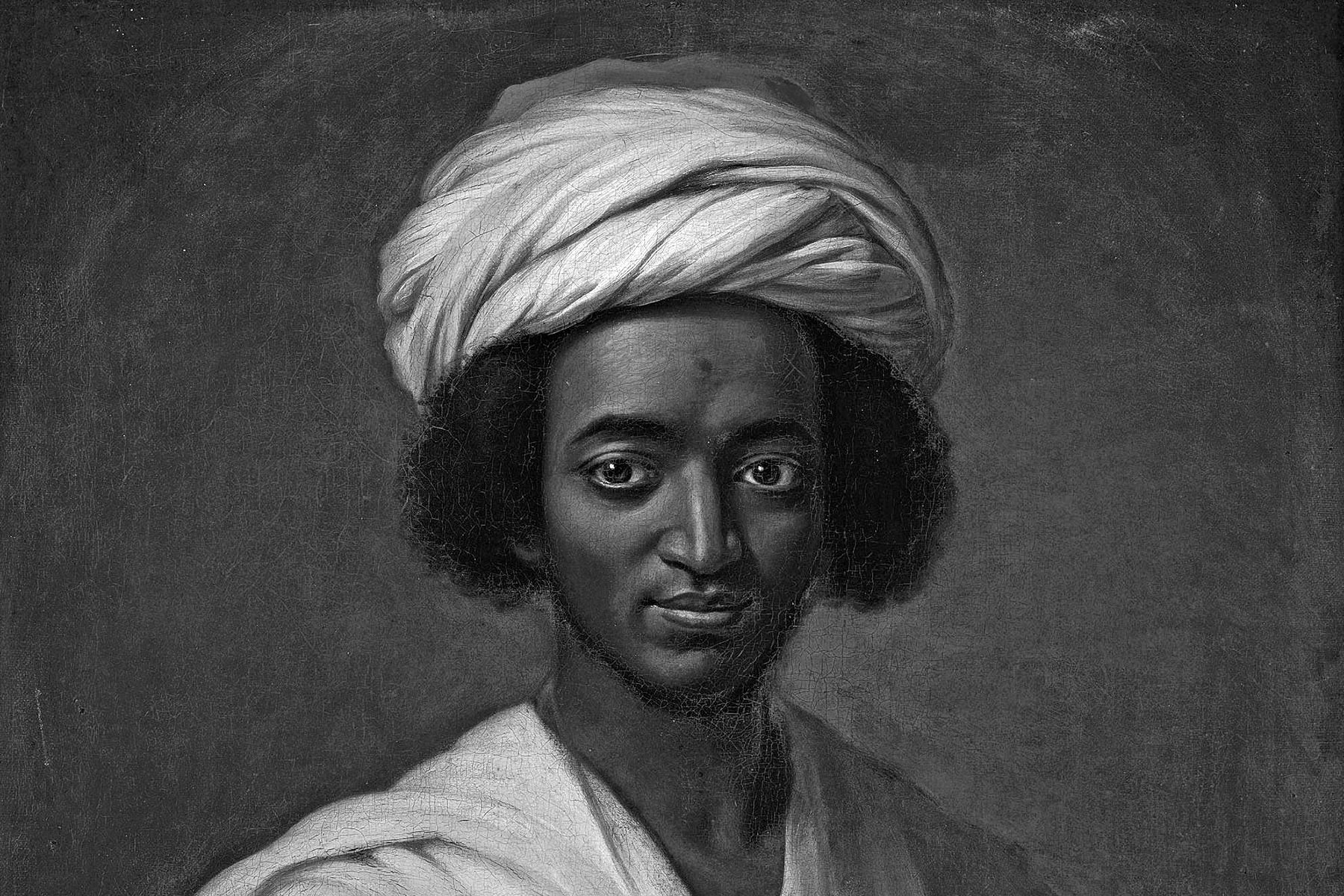 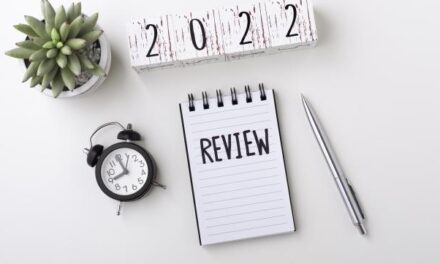 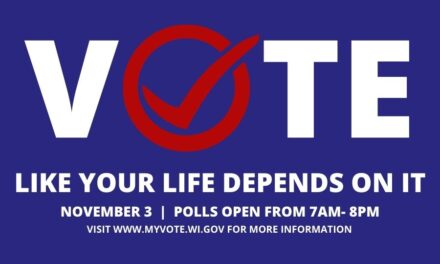 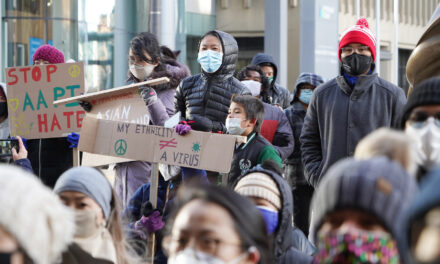 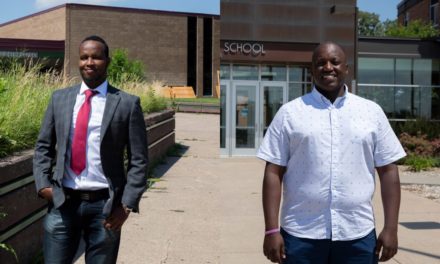