Taking a stand against anti-Asian violence 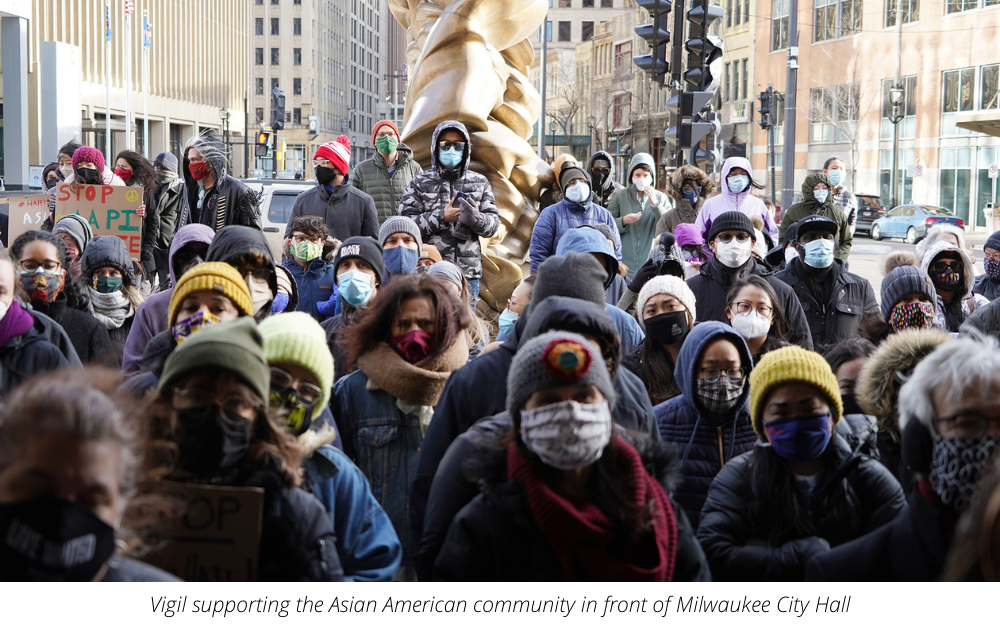 “How do we make a change in this country if people don’t stand up and say, ‘No, this is not right; we don’t accept this’?” said Dr. Louise Cainkar, Marquette University professor of Social and Cultural Sciences, in an interview about how to respond to a mass shooting in Atlanta, Georgia, Wednesday that took the lives of eight, including six women of Asian descent.

A vigil hosted by the Asian American Pacific Islander Coalition of Wisconsin Thursday at the entrance of Milwaukee City Hall drew more than 100 people who stood for an hour in whipping, cold wind. The crowd included AAPI coalition members from across the state, government officials, representatives of city and county law enforcement, activists, community organizers and faith leaders. Noticeably absent were top elected officials from state and local governments.

Pardeep Singh Kaleka, co-chair of the AAPI Coalition and executive director of the Interfaith Conference of Greater Milwaukee, posted on Facebook after the event, thanking “all those who showed up tonight, braved the elements in the cold and wind. Public officials who decided that the AAPI community was not a priority, who didn’t show up, even after one of the deadliest hate crimes committed against the AAPI community, we will remember your silence in times of tragedy. You showed your true colors.” 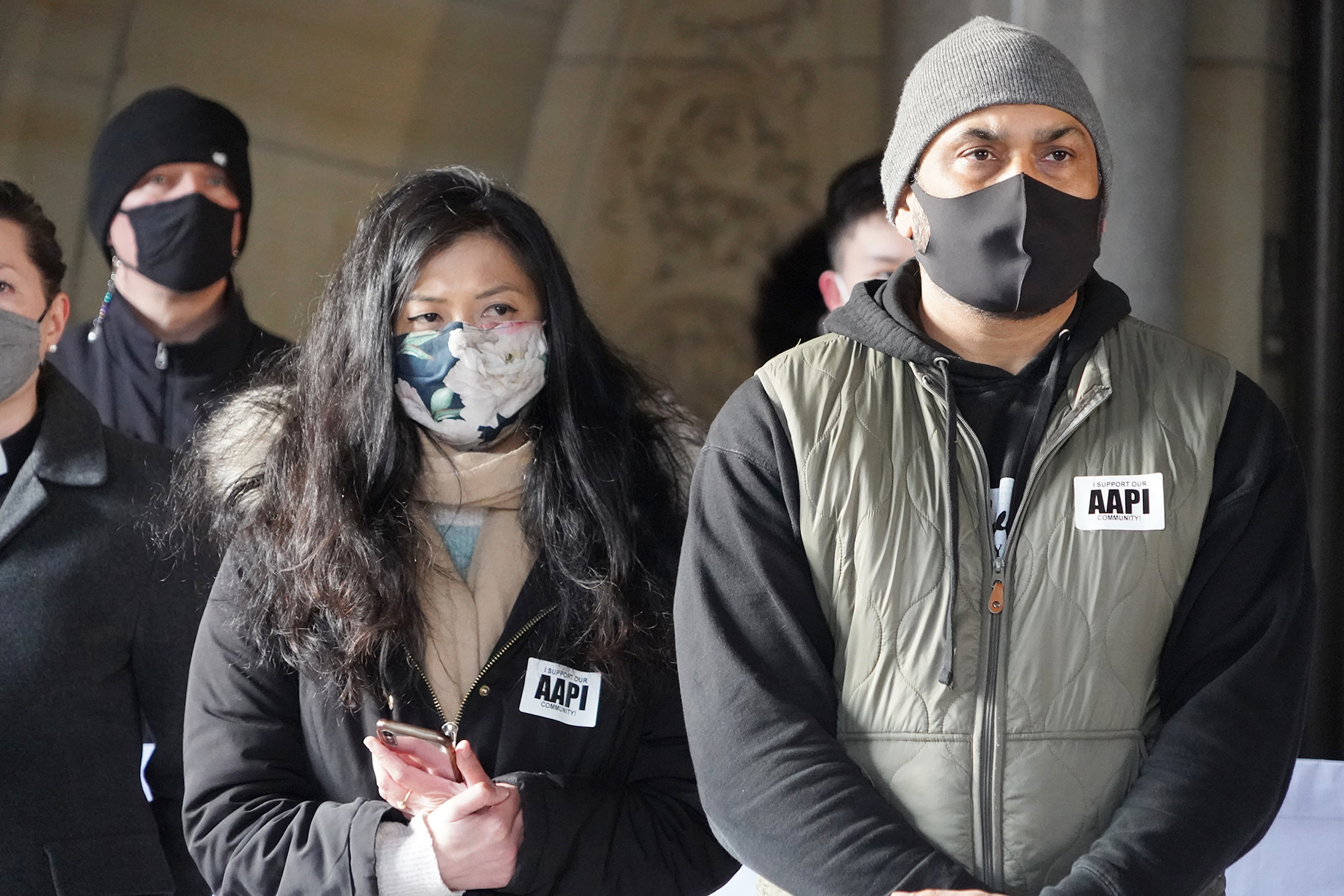 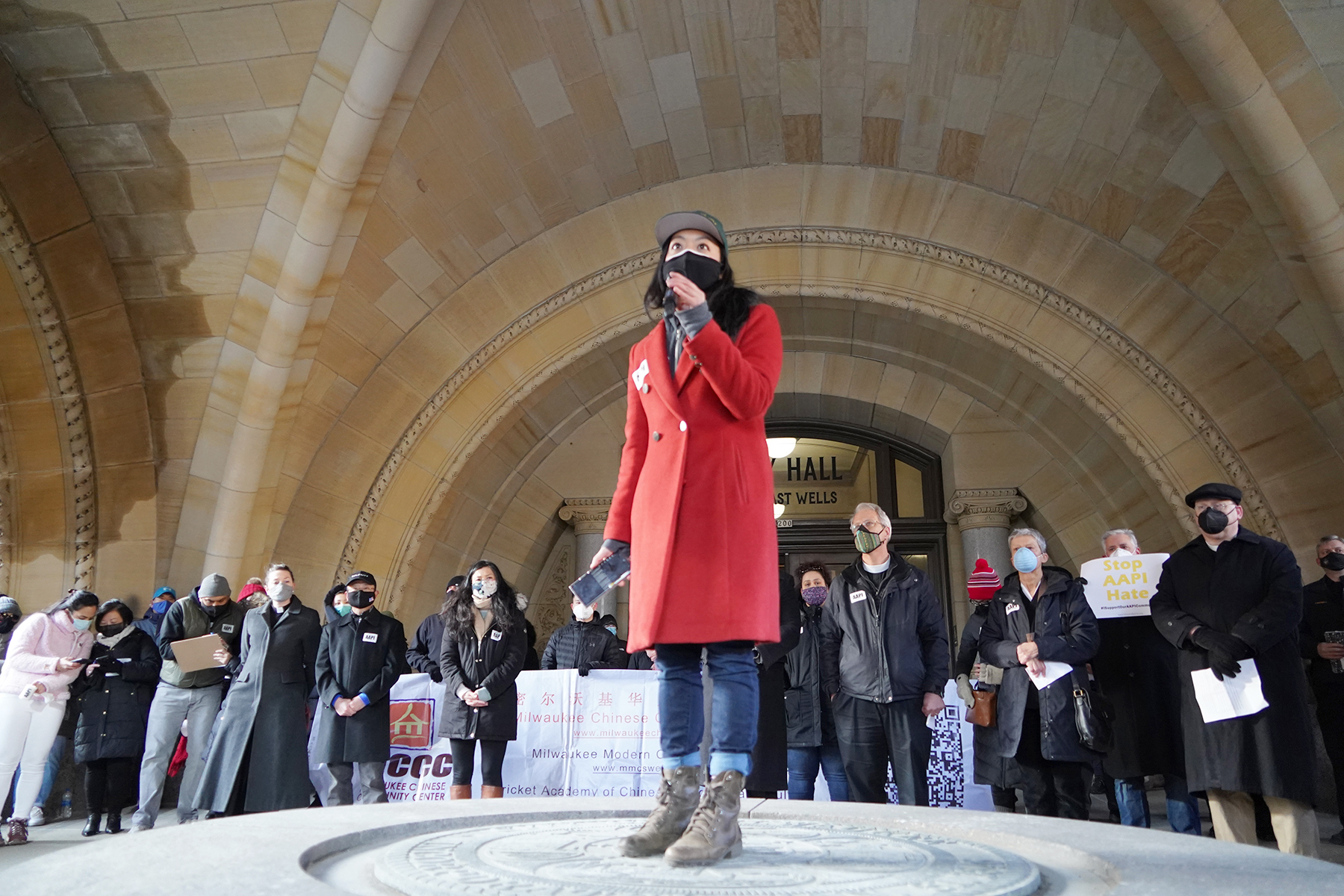 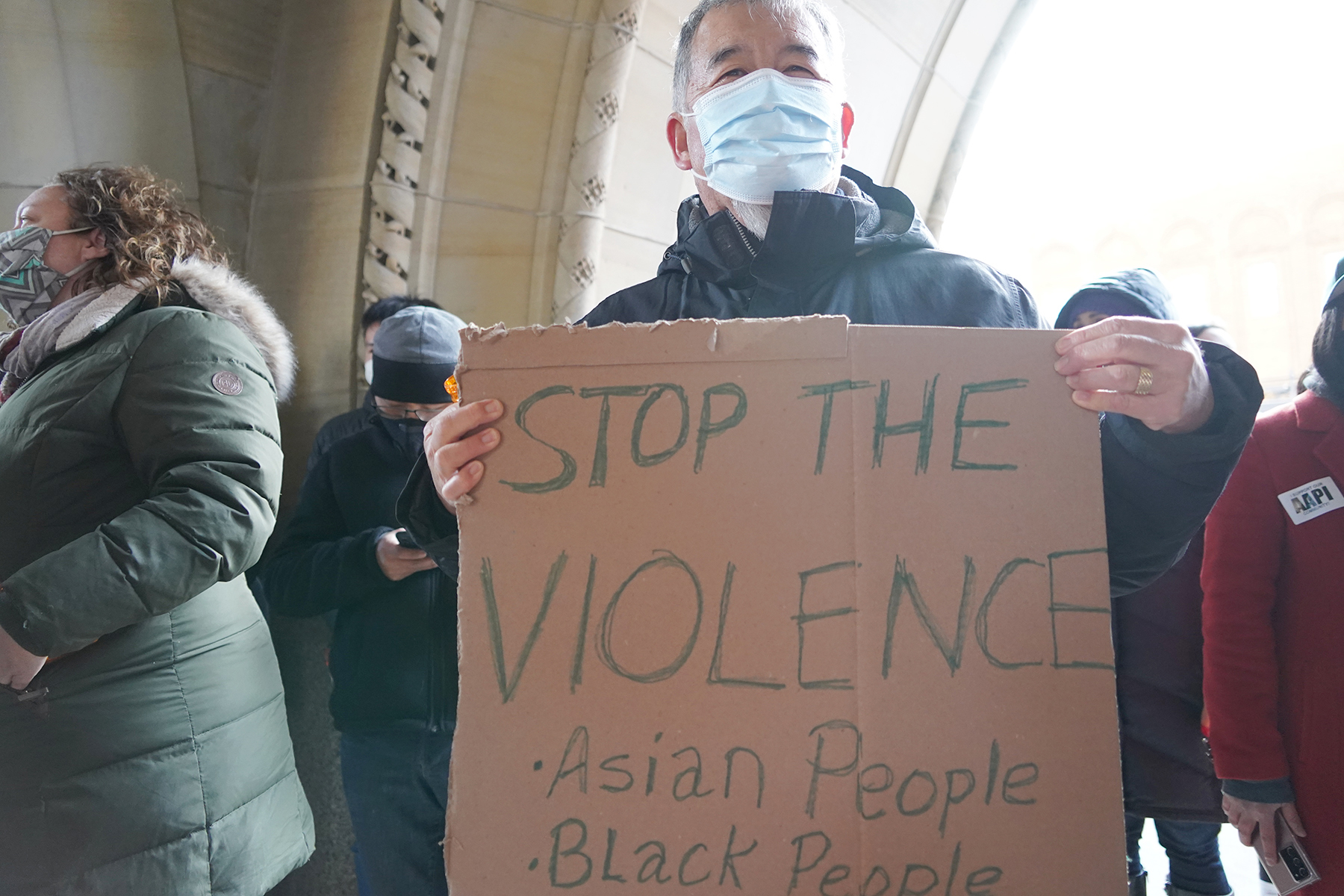 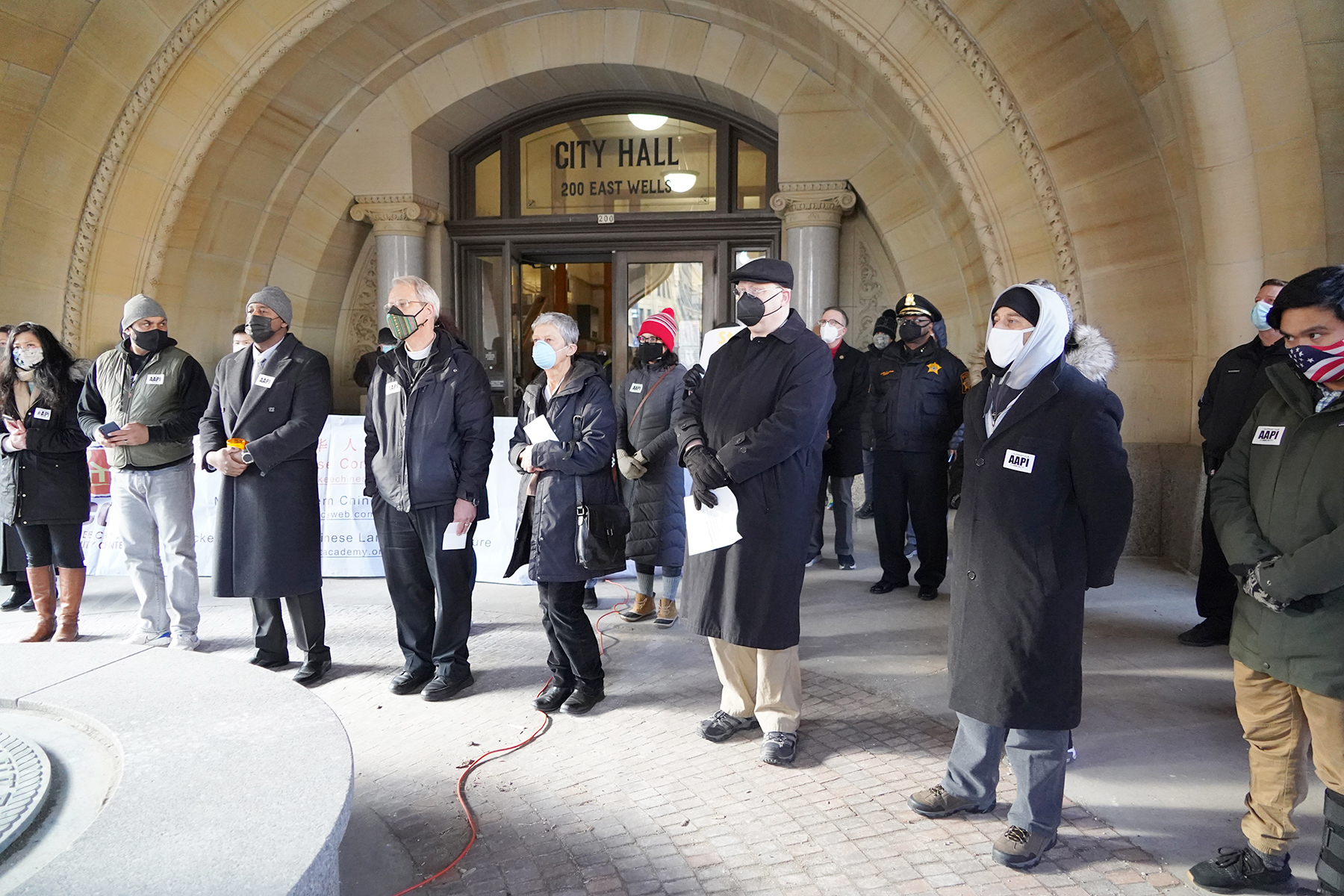 Faith and community leaders gather at the entrance of Milwaukee City Hall. 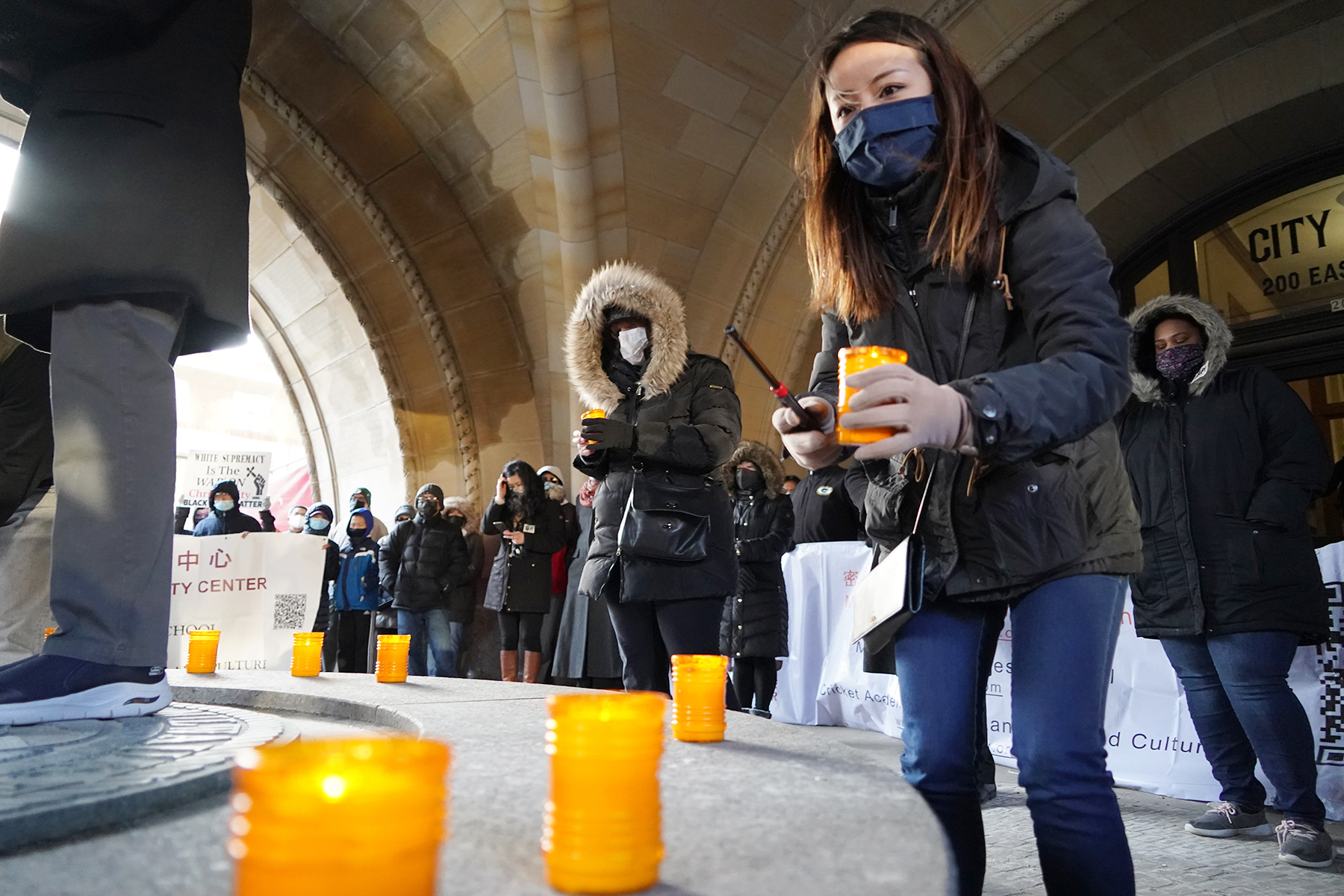 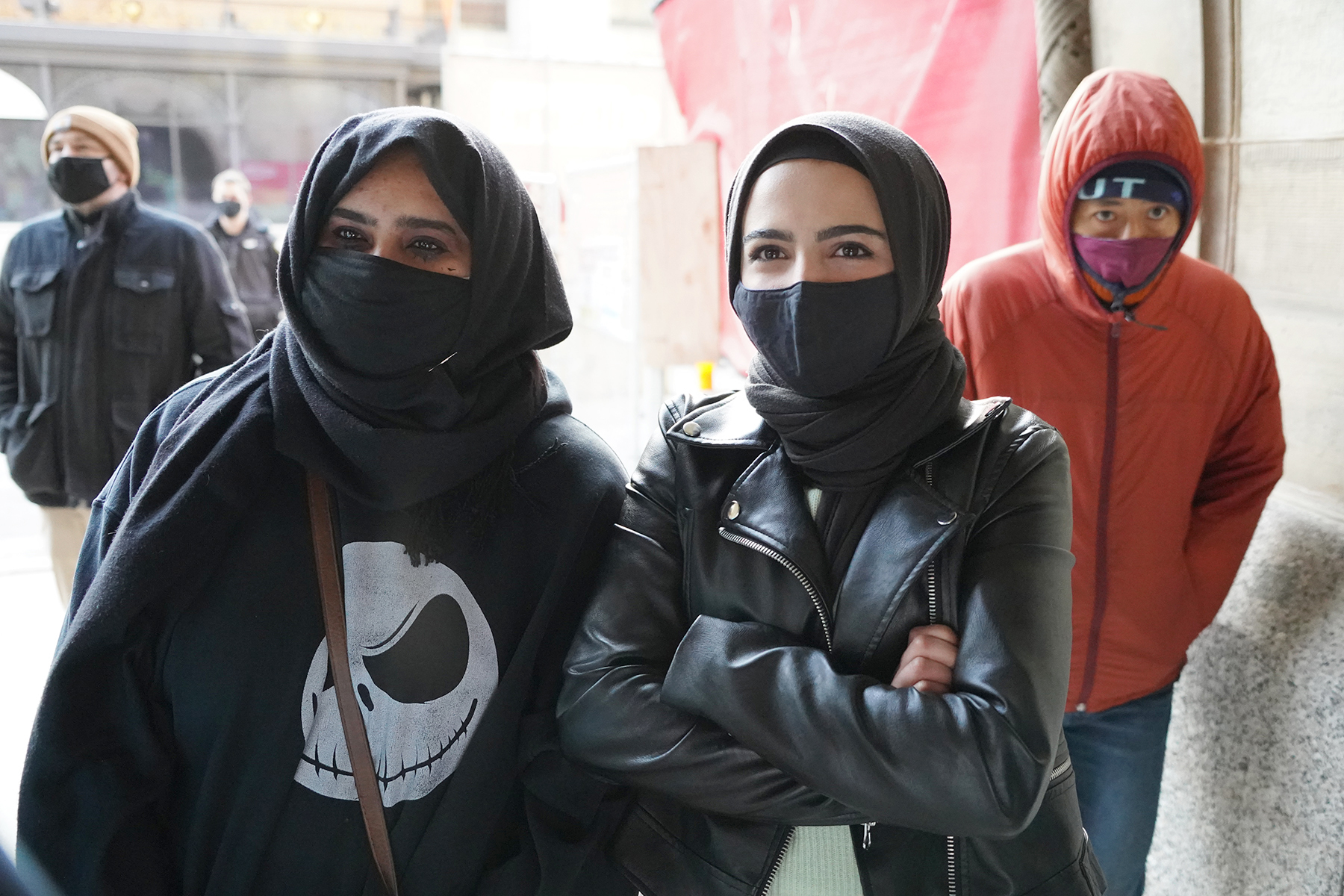 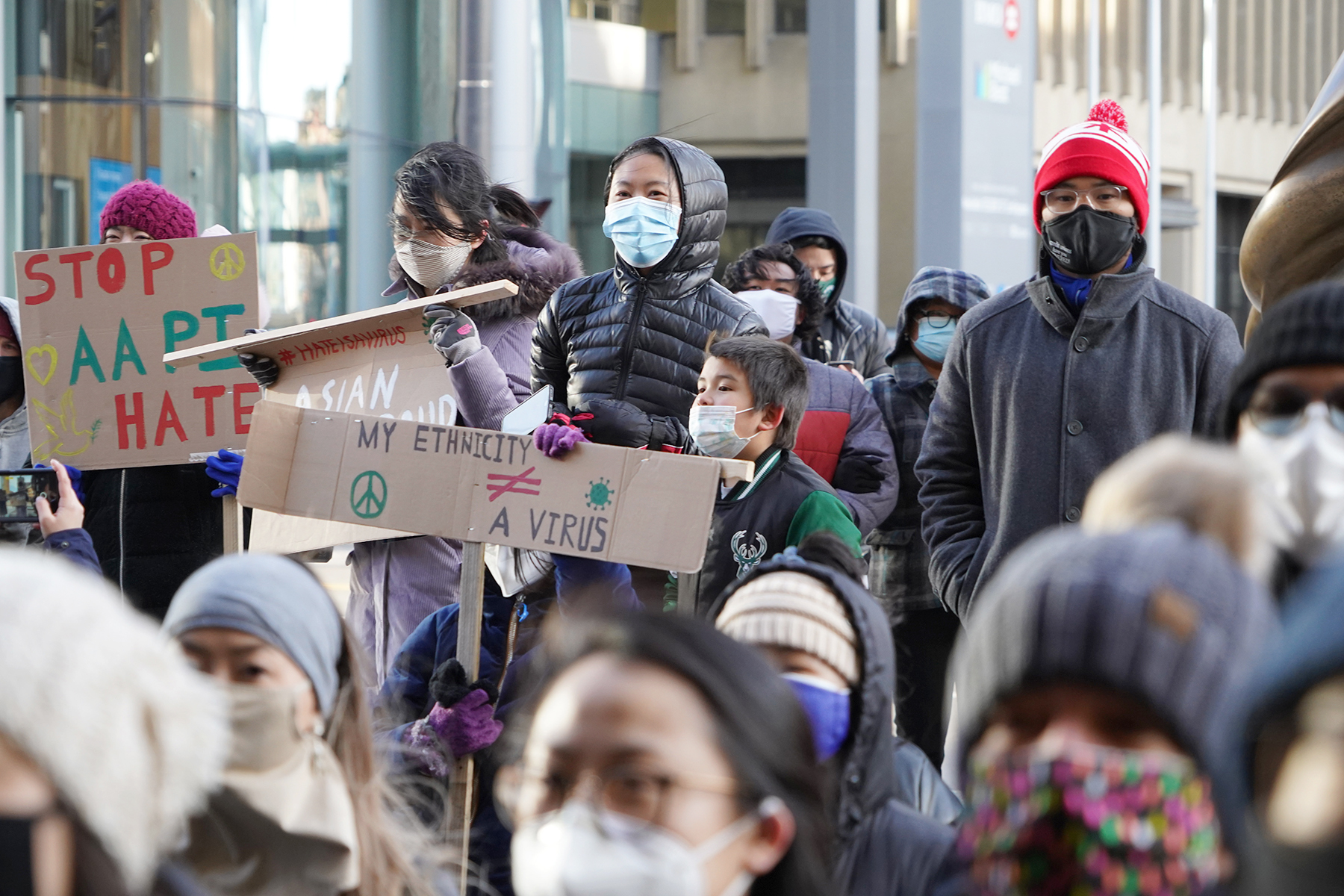 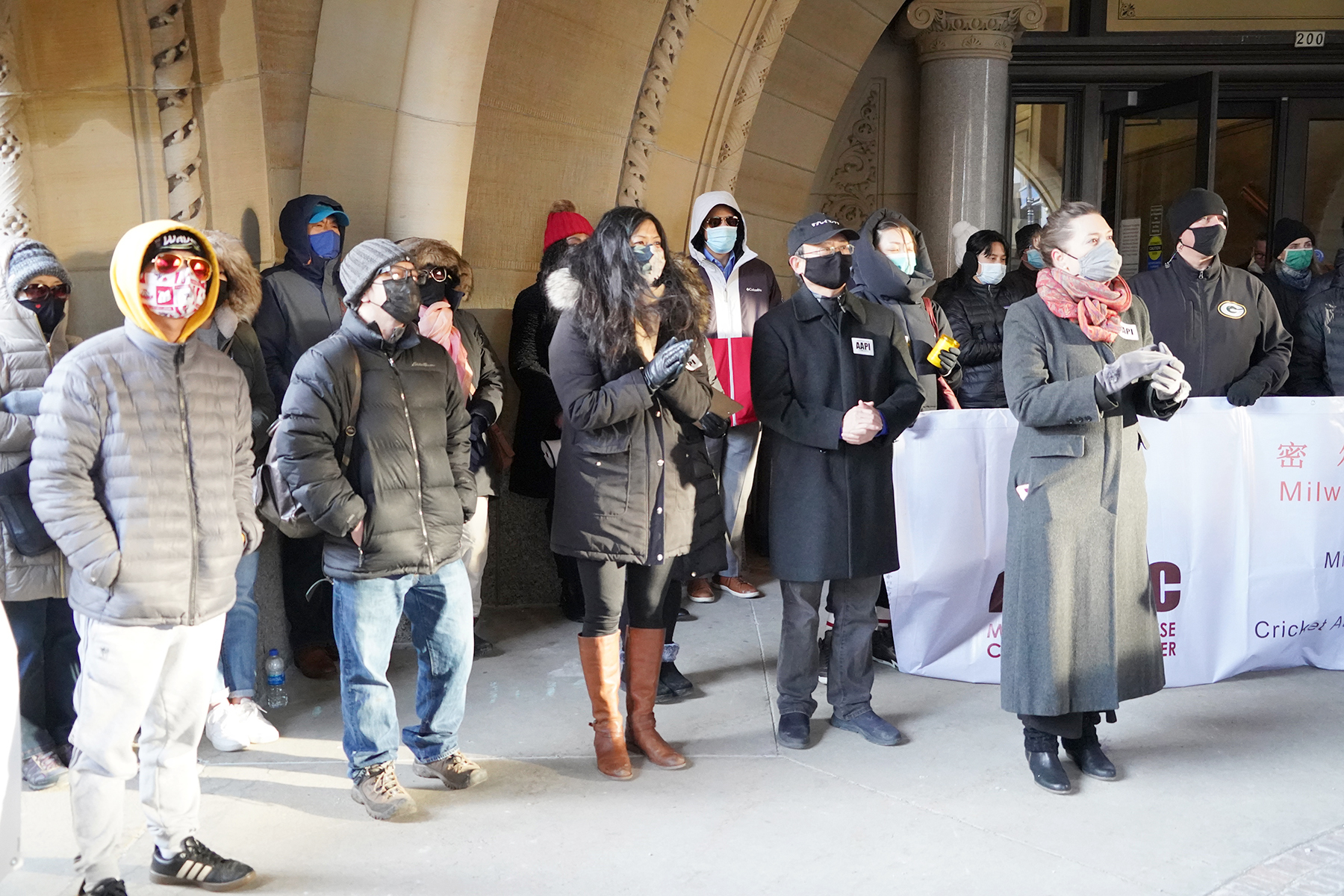 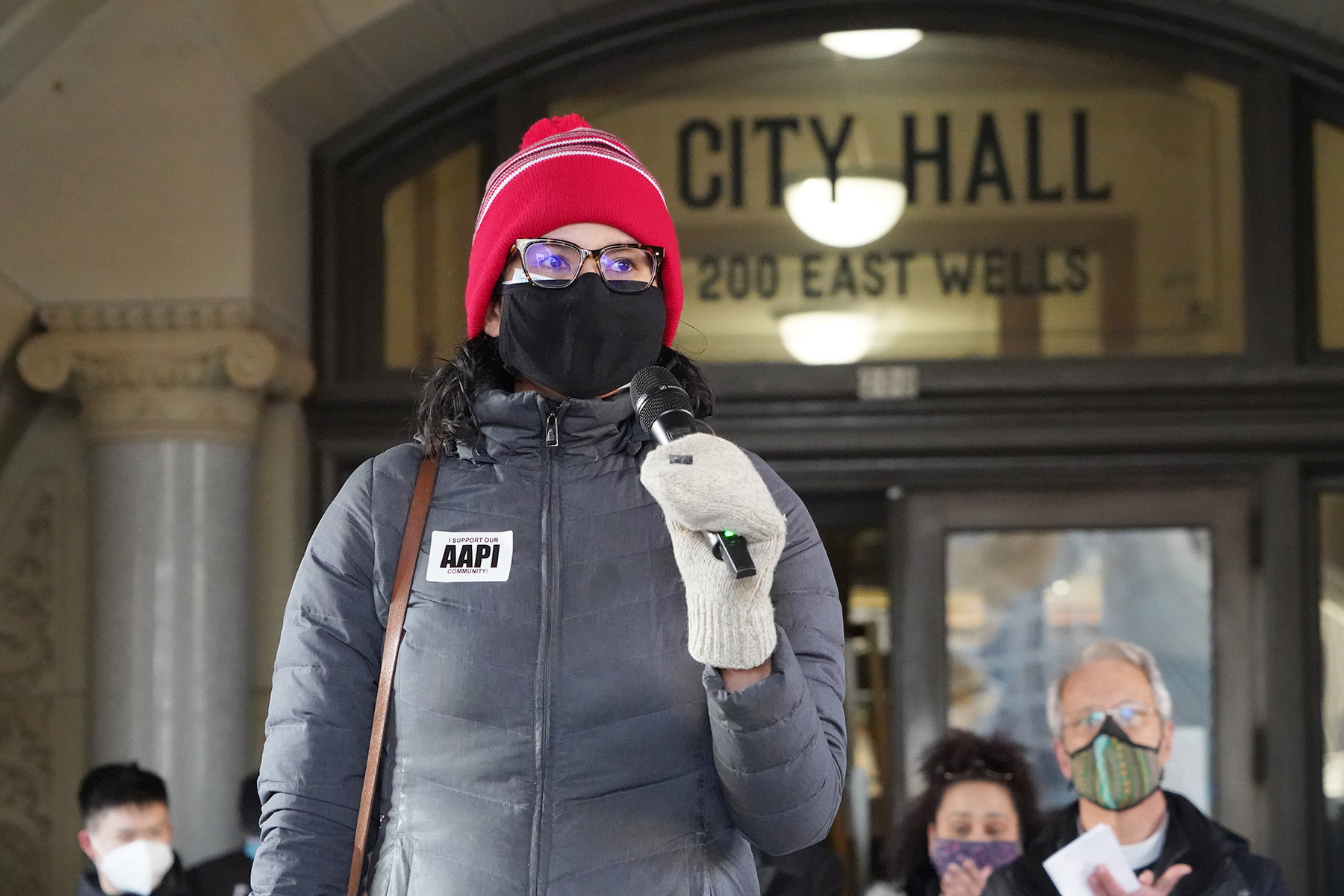 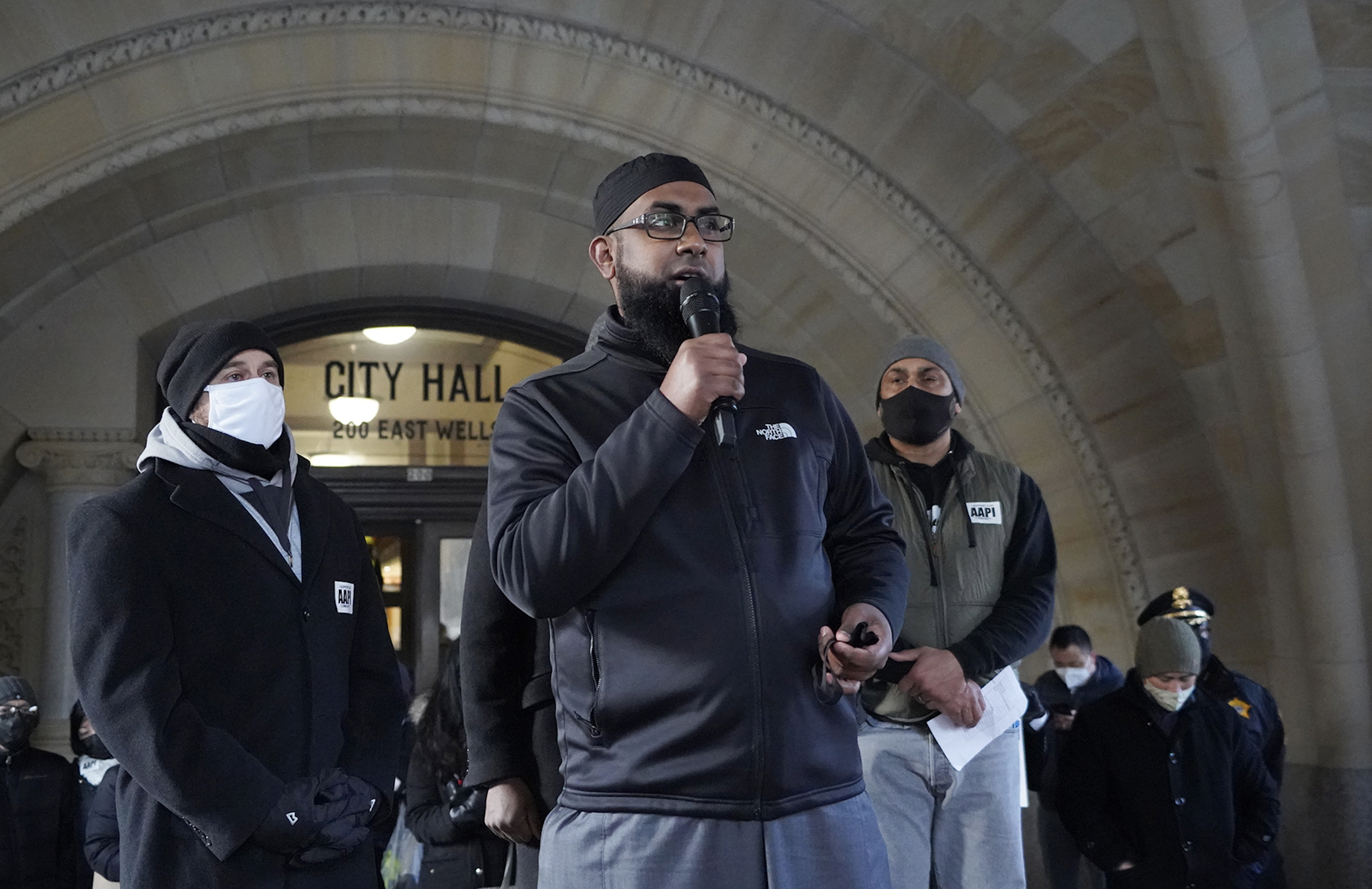 In comments by phone this morning, Kaleka, whose father was killed in 2012 in a mass shooting at the Sikh Temple of Wisconsin in Oak Creek, explained, “I feel like we don’t take racialized violence directed at the AAPI community with the seriousness that it deserves at this moment in our history. This will only put the AAPI community more in danger, decrease the likelihood of reporting hate incidents and further isolate an already vulnerable community.

“I was honestly saddened for our AAPI community leaders, families and organizations that gathered that there was a lack of political representation from Wisconsin and I am disappointed at the national narrative around AAPI hate.

“I do want to say that I’m proud of all those who could make it and do prioritize AAPI pain,” he said.

Gov. Evers sent a tweet today that called for condemning the violence and working together to #StopAsianHate. Earlier this week, he tweeted to applaud President Joe Biden “for condemning the racist attacks on Asian Americans and join him in calling for an end to these attacks.

Mayor Tom Barrett “very much wanted to attend. His scheduled precluded that,” Jeff Fleming, director of communication, said in a phone conversation this morning. “He was certainly there in spirit.” 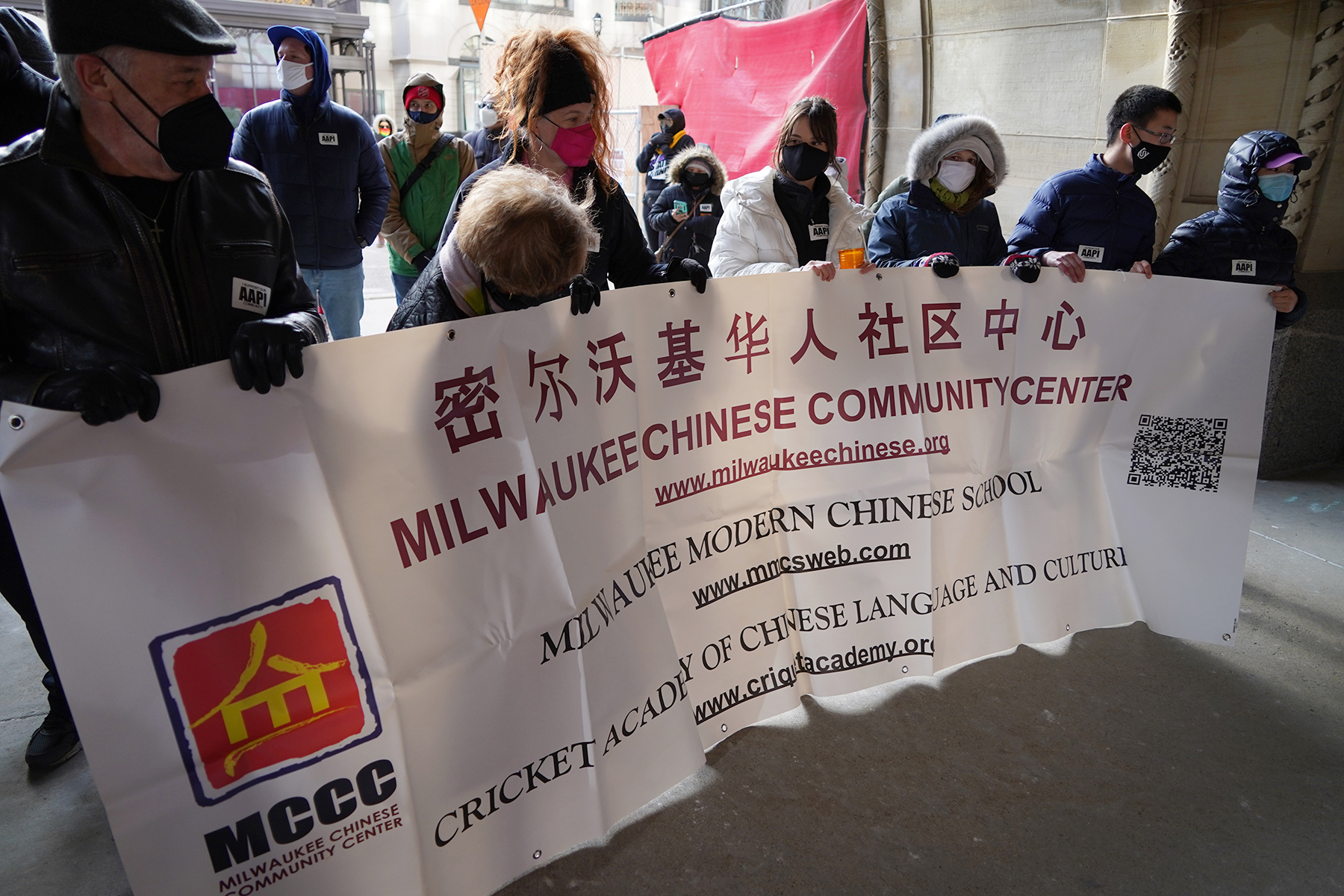 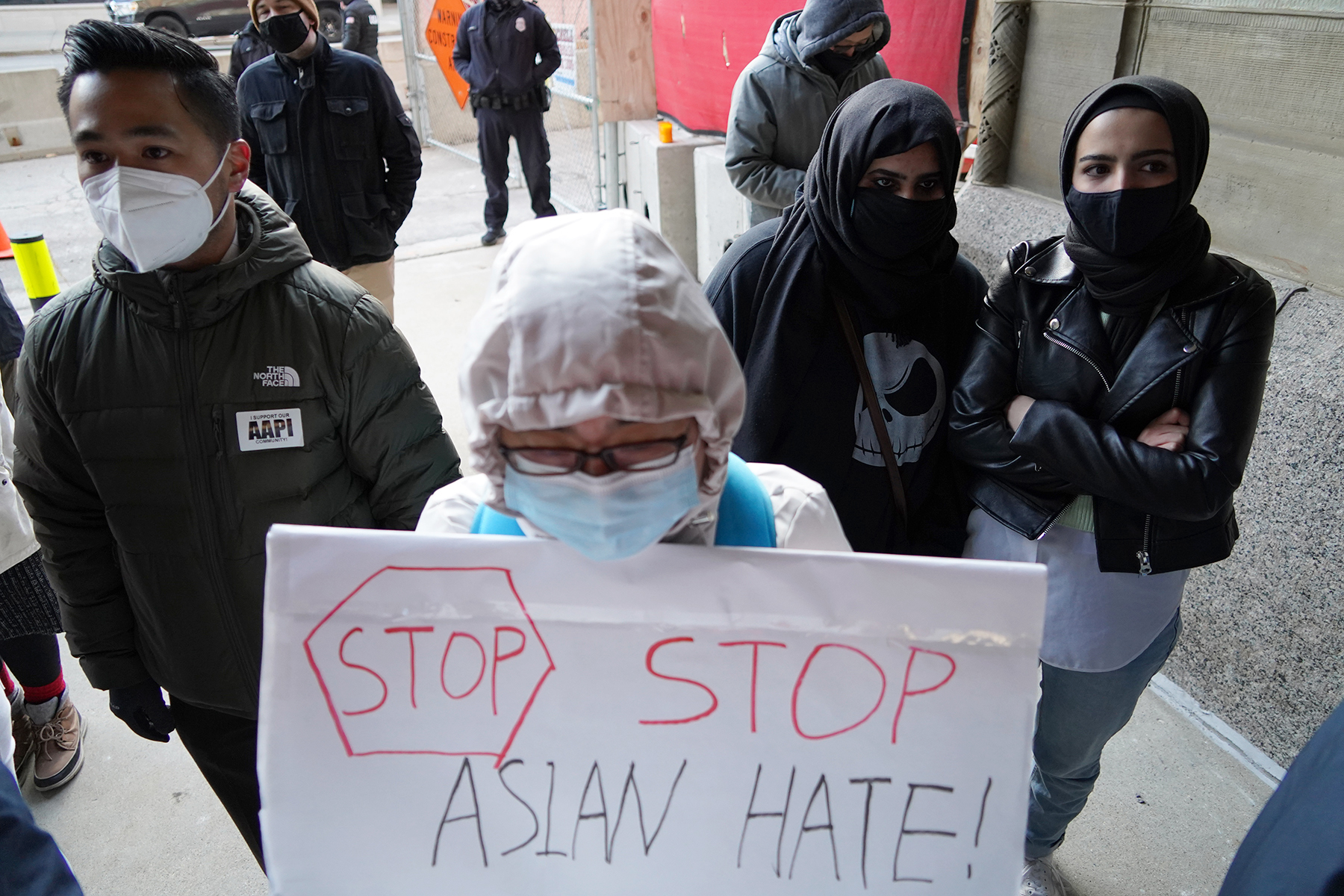 A participant carried a sign echoing sentiments expressed by many at the rally. 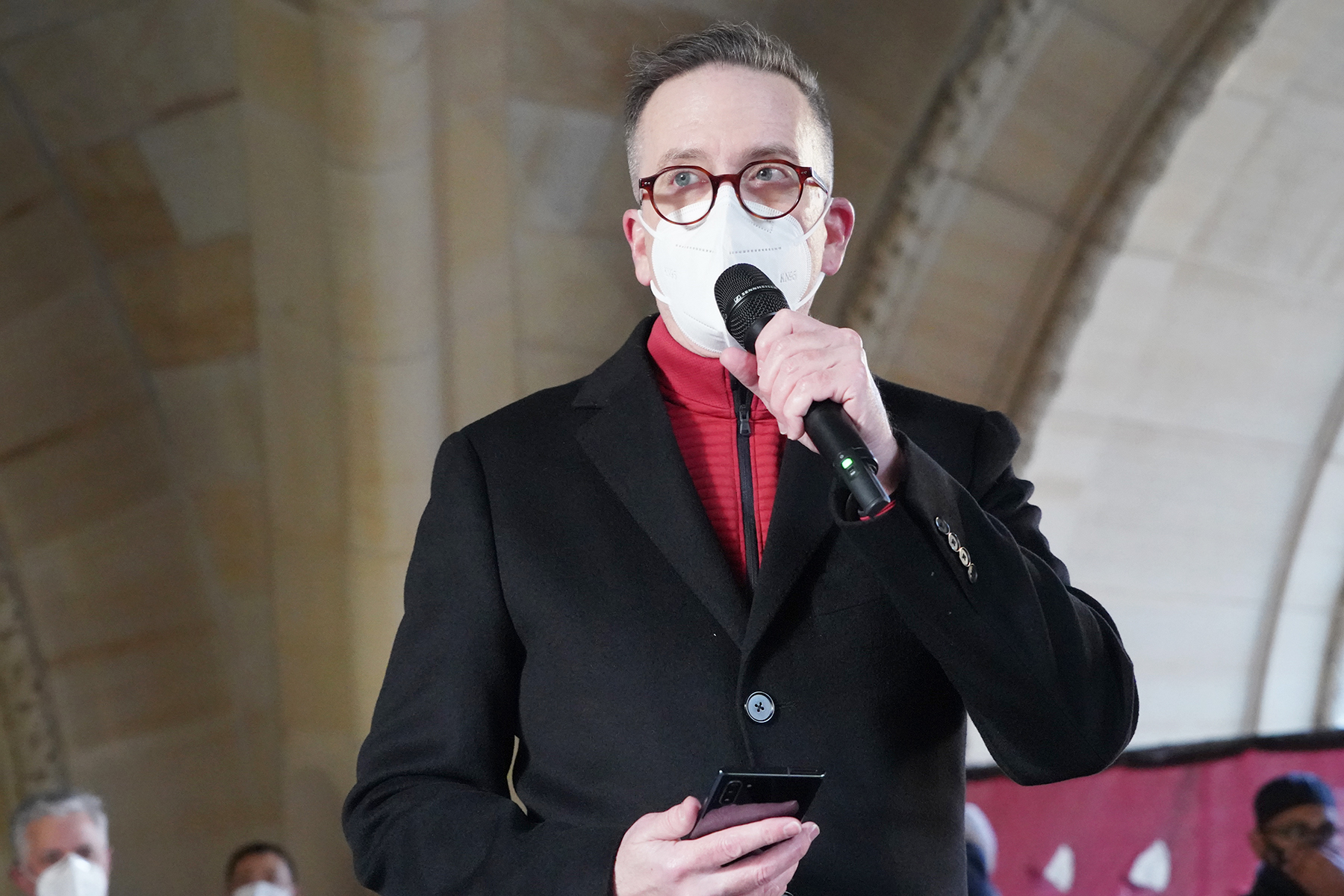 Milwaukee County Executive David Crowley’s communication director Brandon Weathersby confirmed that Executive Crowley had been invited to the event “but had some previously scheduled engagements. However, we expressed that we will do anything we can to amplify and elevate this issue. County Executive Crowley stands in support of AAPI residents at this difficult and strongly condemns the targeted violence against our fellow residents in the AAPI community.”

In a statement issued by Crowley on Wednesday, the county executive noted, “The sordid legacy of systemic racism, hate and violence is not exclusive to those with linage to slavery. Over the last year, our brothers and sisters in the AAPI community have endured over 3,000 hate incidents across the nation, a 900% increase in incidents involving hate speech, and 1 in 4 Asian American youth have reported being bullied because of their ethnic background.”

Lt. Gov. Barnes also released a statement condemning anti-Asian hate. In it, he said, “For the eight souls we lost yesterday, and for the generations of people deserving a world free of hatred and bigotry, we must stand in solidarity with Asian American and Pacific Islander communities and work to rid our society of the racism and white supremacy that has fostered and perpetuated this violence.”

The Islamic Society of Wisconsin was among several faith organizations showing support for the AAPI community. ISM director Othman Atta and Qari Noman Hussein, the imam of ISM-West in Brookfield, among others from the Muslim community, were in attendance.

“As the director of an organization that represents a large segment of the Muslim community, it was important to attend the rally to express solidarity with the members of the Asian American community,” said Atta.

“White extremist groups in this country have targeted African Americans, Hispanics, immigrants, Muslims, Asians and other people of color. It is important that all such groups unite their efforts and confront this domestic threat to our communities and to our nation. It is also important that we all stand in solidarity against those politicians and right-wing propagandists whose bigotry and racism encourage and empower our country’s haters, xenophobes and domestic terrorists.”

“Just by being there, letting the community know you support them is important,” said Kaleka. “As we go forward, it becomes much more important that the broader community continues to show up and to see those communities for the pain they are suffering.” 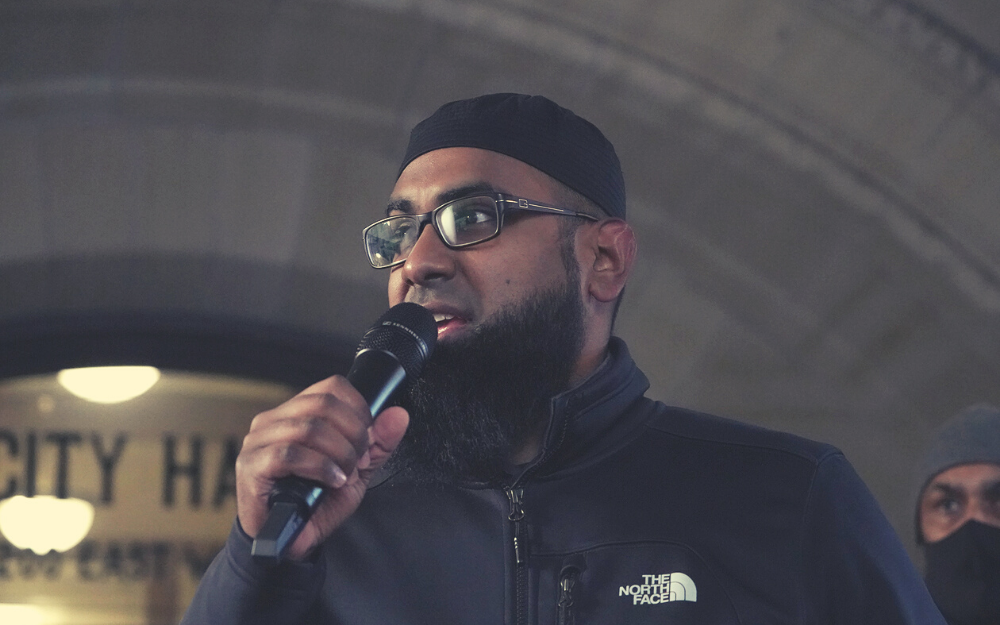 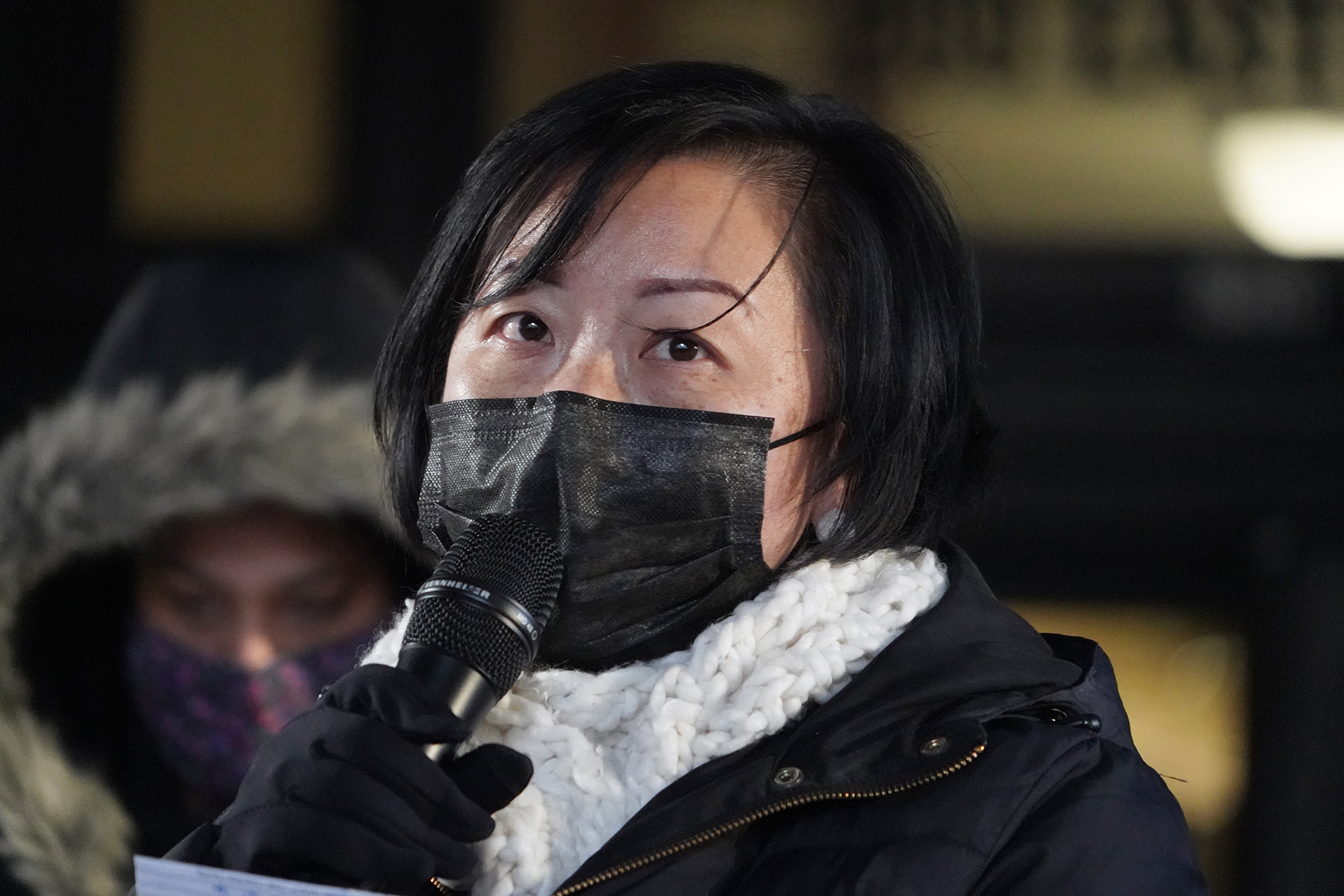 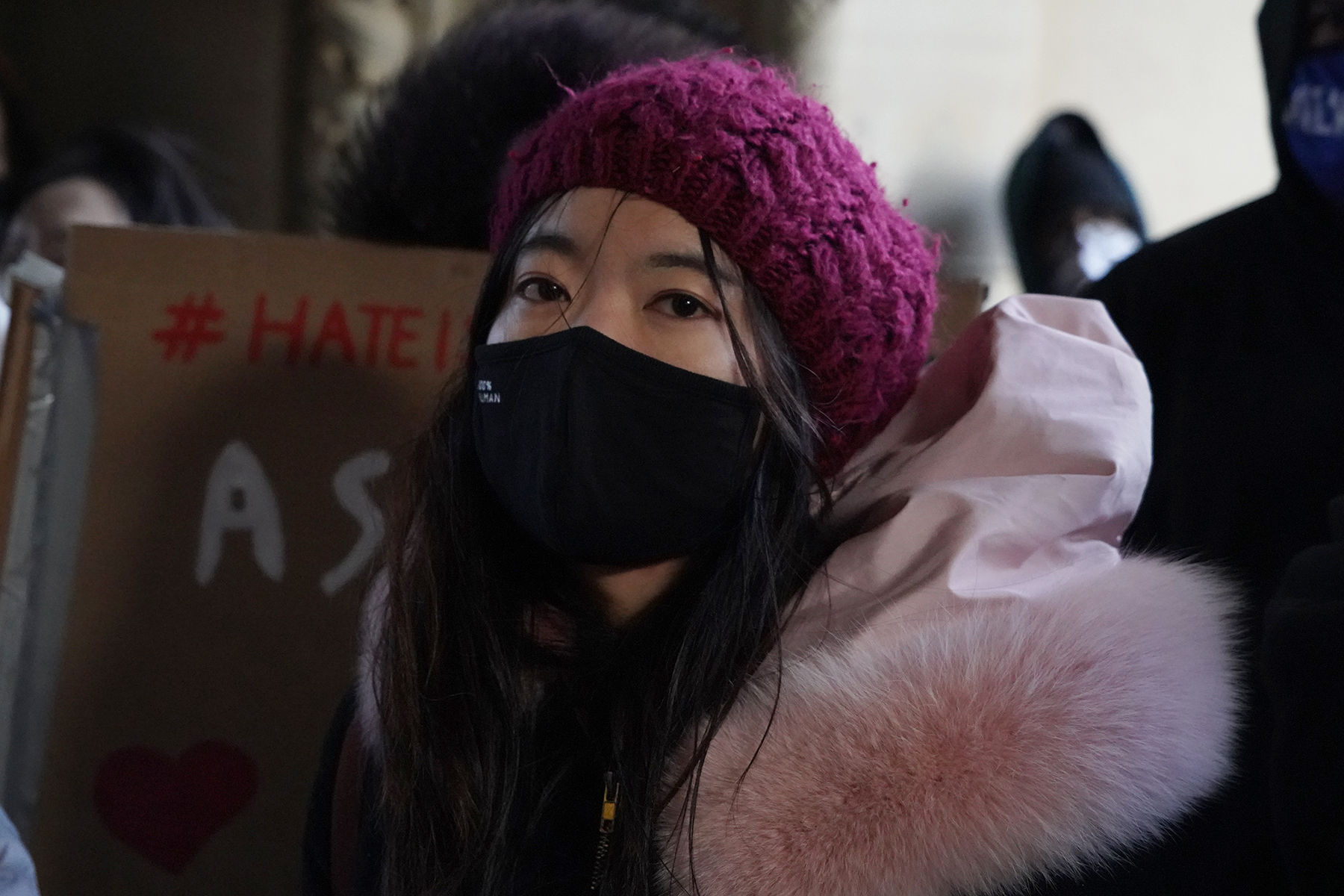 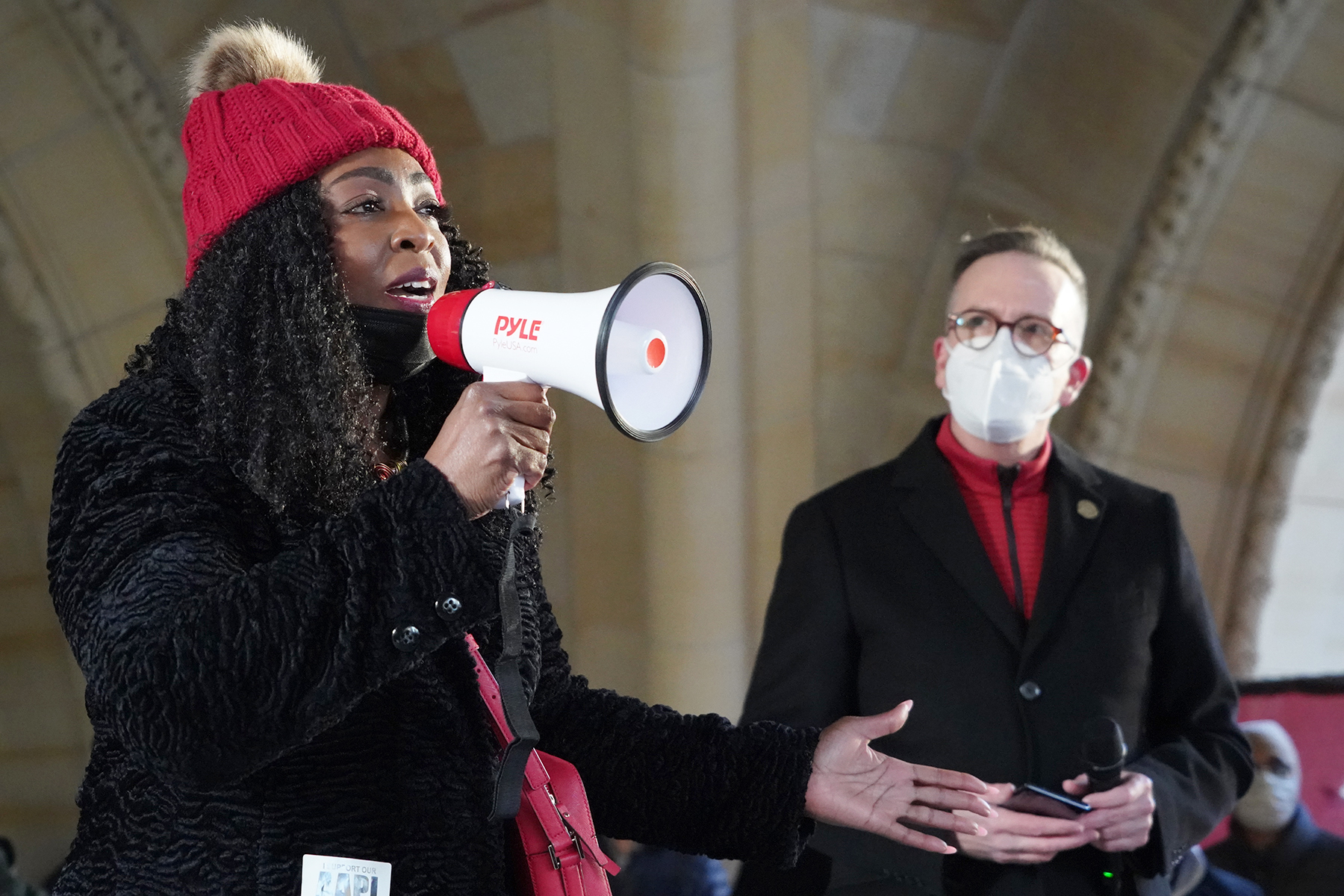 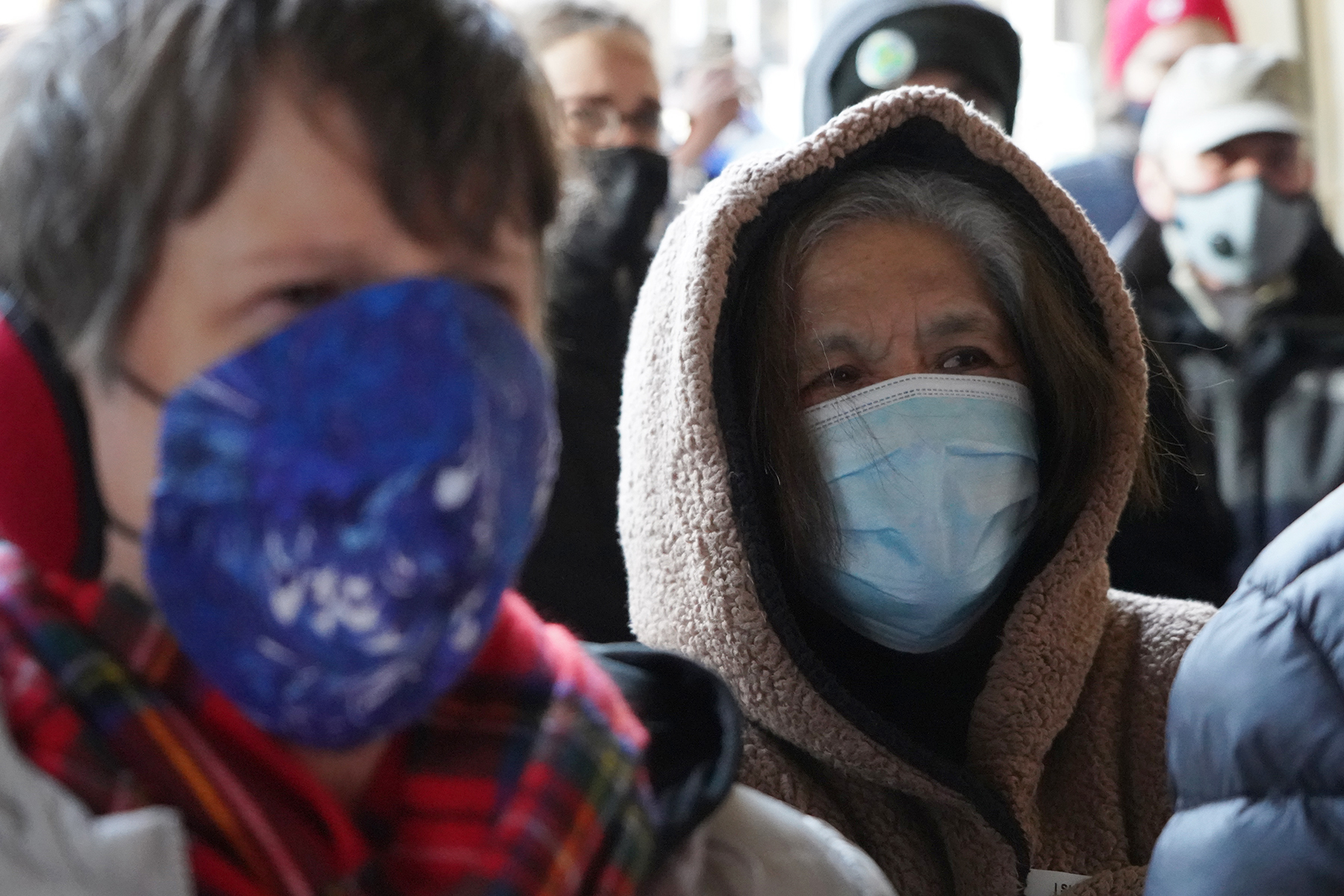 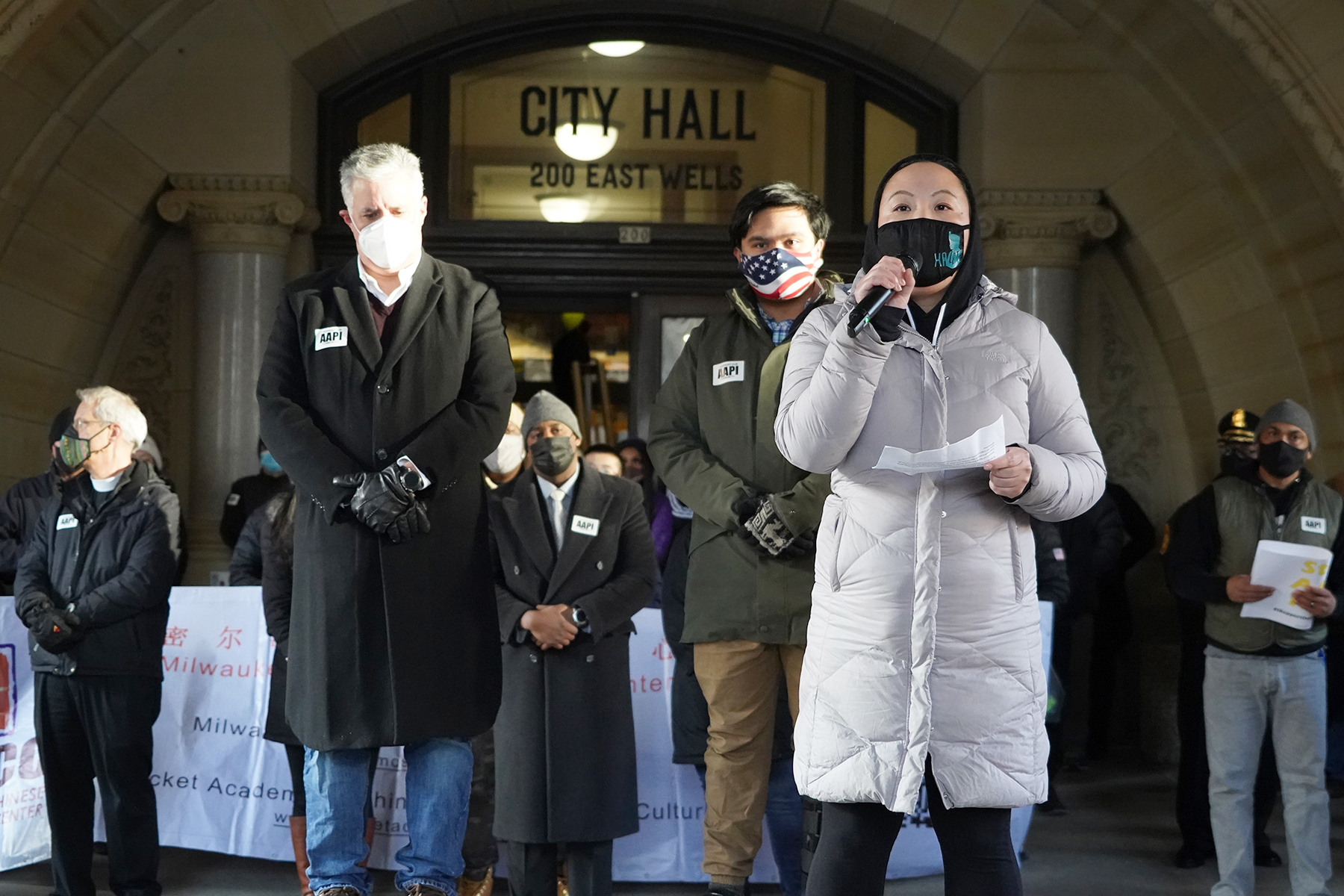 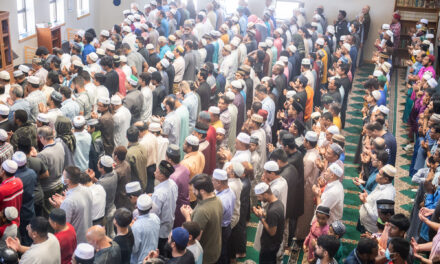 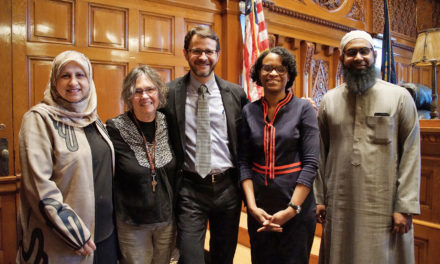