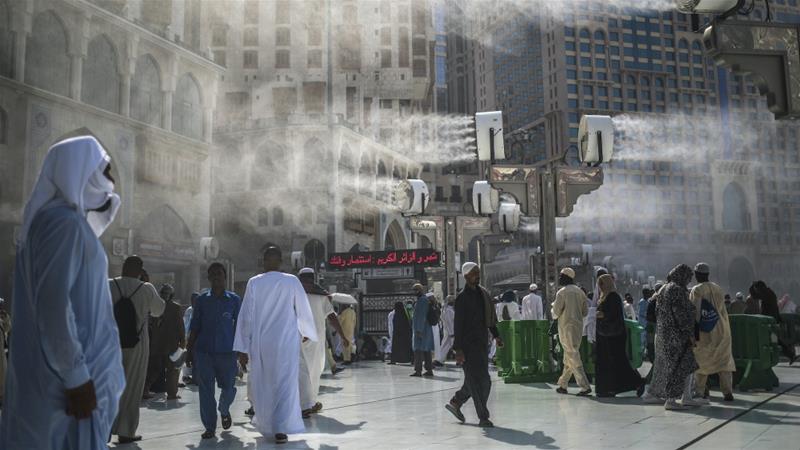 Large areas in the Middle East are expected to become uninhabitable due to frequent heatwaves in the next few decades. File photo, September 2015, Mecca, Saudi Arabia [Mosa’ab Elshamy/AP Photo]

Muslims already have an environmentalist framework to follow. It is set in Islam.Many Muslim majority countries bear the brunt of climate change, but their cultural awareness of it and climate action are often staggeringly limited.

A movement of “Islamic environmentalism” based on Islamic tradition – rather than imported “white saviour” environmentalism based on first-world political campaigns – can address both. And the post-COVID-19 lull in emissions is an opportunity to fast-track this.

It is a movement we sorely need. My home country Turkey, for example, is particularly vulnerable to the effects of climate change, as temperatures are rising and rainfall is decreasing year on year, causing serious problems with water availability. In Bangladesh, it is estimated that by 2050 one in seven will be displaced by climate change, creating millions of climate refugees. In the Middle East, large areas are likely to become uninhabitable due to heatwaves likely to sweep over the region in the next few decades.

However, despite their vulnerability, many Muslim countries are contributing to the problem. Indonesia, the most populous Muslim-majority country in the world, is the world’s fifth-largest emitter of greenhouse gases, and is doing little to curb emissions. Bangladesh and Pakistan are the two most polluted countries in the world, but have taken no serious measures to address pollution. Inaction in the Muslim world persists despite a declaration by Muslim countries in 2015 to play an active role in combatting climate change.

You would think that those most affected by climate change would be the most eager to stop it. This is not always the case. Many Muslim countries are reluctant to impose Western concepts of environmentalism, or to bow to pressure from countries which have already gone through industrialisation without having to address pollution or curb emissions. Environmental colonialism is not the answer.

What would work, and has been proven to work, is using the principles of Islam to encourage conservation in Muslims.

Islam teaches its followers to take care of the earth. Muslims believe that humans should act as guardians, or khalifah, of the planet, and that they will be held accountable by God for their actions. This concept of stewardship is a powerful one, and was used in the Islamic Declaration on Climate Change to propel change in environmental policy in Muslim countries.

In fact, Muslims need to look no further than the Quran for guidance, where there are approximately 200 verses concerning the environment. Muslims are taught that “greater indeed than the creation of man is the creation of the heavens and the earth”. The reality is that nothing could be more Islamic than protecting God’s most precious creation: the earth.

It is this approach that can reach the hearts and minds of the 1.8 billion Muslims around the world, and it must be integrated with, rather than neglected by, the climate movement.

The Prophet Muhammad (pbuh) also demonstrated kindness, care and general good principles for the treatment of animals, which form a benchmark for Muslims. He outlawed killing animals for sport, told people not to overload their camels and donkeys, commanded that slaughtering an animal for food be done with kindness and consideration for the animal’s feelings and respect for Allah who gave it life, he even allowed his camel to choose the place where he built his first mosque in the city of Medina.

A 2013 study in Indonesia showed that including environmentalist messages in Islamic sermons led to increased public awareness and concern for the environment. In 2014, Indonesia issued a fatwa (or Islamic legal opinion) to require the country’s Muslims to protect endangered species.

There are also organisations dedicated to using religion to pass on the message of conservation, such as the Alliance for Religions and Conservation (ARC). One of its most successful projects used Islamic scholars to convince Tanzanian fishermen that dynamite, dragnet and spear fishing goes against the Quran – and they listened.

This case also tells us that remote, top-down moralising is unlikely to be effective. The fishermen had previously resisted bans from the government, but were persuaded once they were told that they were acting un-Islamically. One fisherman said: “This side of conservation isn’t from the mzungu [“white man” in Swahili], it’s from the Quran.”

Clearly, we need to speak the language of those whose behaviour we are seeking to change, particularly if that language is naturally averse to unsustainable policies.

Some Muslim thought leaders are aware of this and are eager to develop a “homegrown” environmental movement to emerge as thought leaders in their own right. For example, the Dhaka Forum this month ran a panel on post-COVID-19 environmental issues with the majority of speakers coming from the Muslim world.

Muslim countries have a head start in the climate race. They have a framework and a belief system which mandates protection of the earth and its natural resources. As Seyyed Hossein Nasr, a prominent proponent of the religion and environmentalism movement, argues, the desacralisation of the West has resulted in an ideology that humans have dominion over the earth, rather than stewardship of it, which is the Islamic view. Muslims must become guardians of the earth once more, for the sake of their environments and for the sake of God. 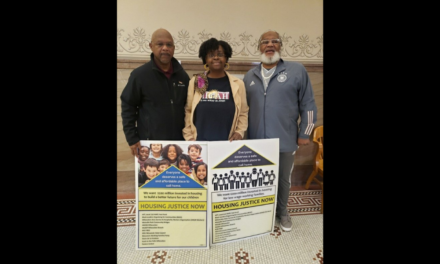 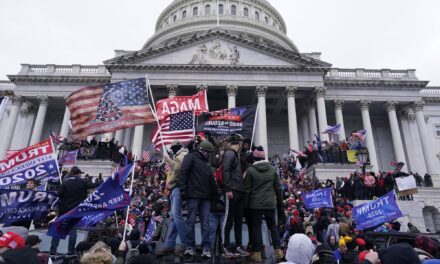 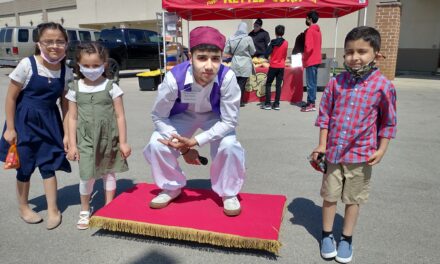 Festival of Breaking the Fast 3 of 3 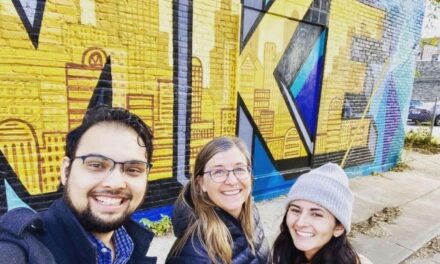