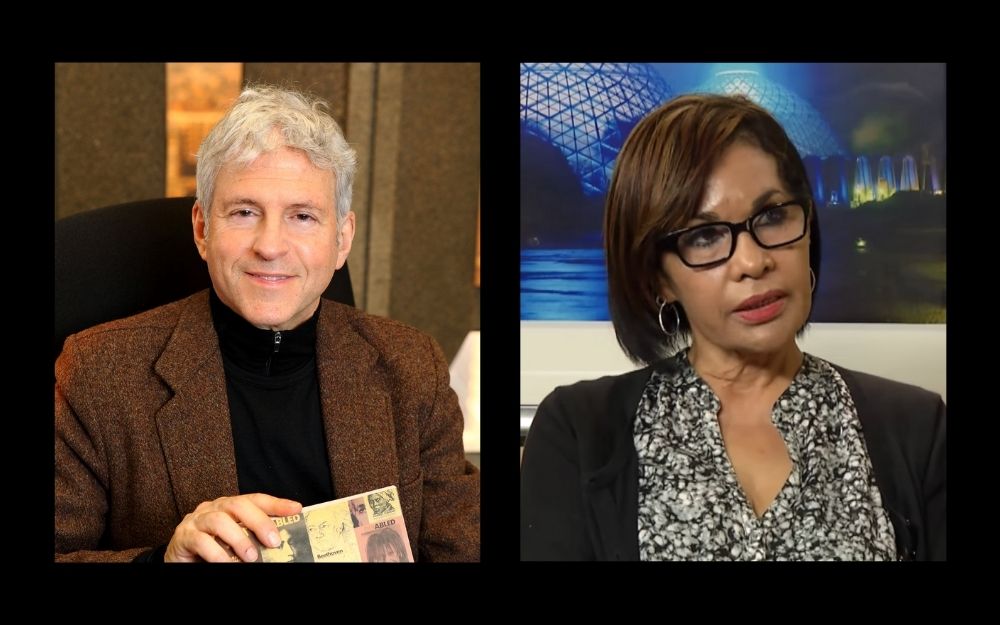 “What is normal?” scholar Lennard J. Davis asks in Enforcing Normalcy: Disability, Deafness, and the Body, his 1995 academic book that explores the ways we think about disability. Growing up in a Deaf household, he learned firsthand that many Deaf people don’t consider themselves disabled. “The problem is the way that normalcy is constructed to create the ‘problem’ of the disabled person,” he wrote.

“I grew up in a Deaf family speaking sign language. It immediately raises questions about what is normal, how your normal is different from the normal of other people,” University of Illinois Chicago Distinguished Professor of Liberal Arts and Science Davis told FutureFramedTV recently.

Having been a graduate student of the acclaimed English literature scholar Edward Said, whose book Orientalism explained how the East is seen by the West in a stereotypical way, “I wanted to look at disability as socially constructed in a similar way,” Davis explained last week in an interview with Wisconsin Muslim Journal.

Like Davis, Brenda Wesley’s personal experiences changed the course of her life. Her son has schizophrenia. Wesley left a corporate career to care for her son and to become a strong advocate for those with mental illness. The prominent advocate and playwright said she asks herself daily, “What is it that I can do differently? How can I use a different kind of language? How can I support my loved one when I know that some of these behaviors are hard to deal with?”

Wesley told the Wisconsin Muslim Journal that on her journey with her son to find the help and support they needed, she discovered everyone from friends and family to medical providers have misconceptions about mental illness and, as a result, often do more harm than good.

Lennard and Wesley are keynote speakers at a conference Thursday and Friday at Marquette University that aims to encourage open discussion and better understanding as well as to break down the stigma associated with disabilities. Their keynote addresses challenge common perceptions about disability and mental illness.

Marquette University and Arab and Muslim Women Resource and Research Institute’s 2022 Conference: Disability at the Intersection of History, Culture, Religion, Gender and Health will be held Thursday and Friday, March 3 and 4, at Marquette University and virtually. Registration is required. Tickets are free for members of the general public and the Marquette community. Sign language interpretation will be provided.

Lennard and Wesley will deliver keynote addresses in person Thursday. A link to attend virtually is also available. 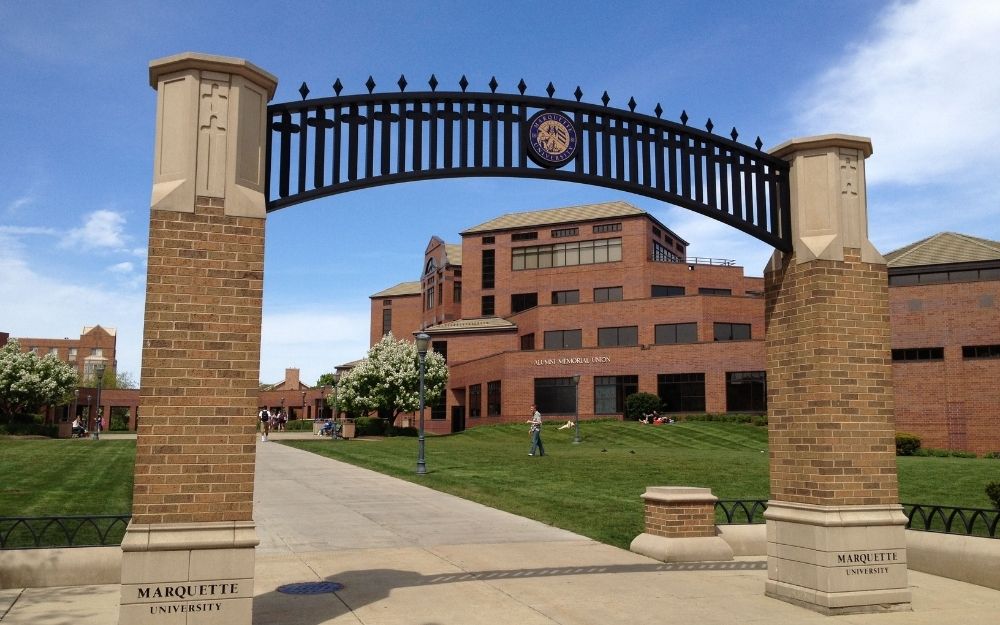 Disability at the Intersection of History, Culture, Religion, Gender and Health Conference will be held Thursday, March 3, at Marquette University and virtually on Friday, March 4. (In-person and virtual attendance is available on Thursday.)

The problem with “normal”

“The way I started getting interested in disability studies was a) my parents were deaf and b) my professor in college and graduate school, who became my very close friend, was Edward Said. Said was a very important part of the way I think about things, Professor Davis said.

Said, a Palestinian exile and a renowned professor of English and Comparative Literature, is said to be the first and most authoritative voice to make Palestine the subject of serious academic debate. Said would say to his graduate students at Columbia University, “’You should write about politics,’” Davis recalled. “We’d say, ‘That’s easy for you to say. You have the Palestinians!’

“One of the things disability studies did was show us that disabled people are grouped, are an identity and they are oppressed, just like racial or religious groups. When I wrote Enforcing Normalcy, I was trying to write a book like Said’s Orientalism about disability and deafness.”

When Davis began his research, he discovered “an interesting fact. The word ‘normal’ is very recent.” He discovered it entered the English lexicon around 1850.

“That raised a lot of interesting questions,” he said. One would think the concept of “normal” always existed, he wrote. “We live in a world of norms. We consider what the average person does, thinks, earns or consumes. We rank our intelligence, our cholesterol level, our weight, height, sex drive, bodily dimensions along some conceptual line from sub-normal to above average.”

“Normal” brings with it the obligation to fit in the normal range, he wrote.

Before people used the concept of “normal,” people compared themselves to an ideal, he posited. By definition, one can never have an ideal body or an ideal mind. All members of the population are below the ideal, he said.

In his 2013 book, The End of Normal: Identity in a Biocultural Era, Davis argued that the word “normal” has been replaced by “diverse.” It is no longer useful to think of many aspects of identity, one’s race for instance, as “normal,” but the concept is still prevalent in ways that have consequences. One way is our understanding of ‘disability’ as some sort of defect in a person.

However, the disability can be located in the society rather than the individuals called “disabled.” People who use wheelchairs are only “disabled” when their environment creates barriers for them, he said. “Wheelchair racers win every marathon, though we don’t hear about them.”

While people think of disability as a small issue, affecting a few people at the margins, “almost a fifth of the population, 20%, have some kind of disability. And, certainly as everybody ages, disabilities start to accumulate. Then when you are talking about family members, you are talking about 70-80% of the population who has a close relative with a disability or has a disability themselves. Instead of being a niche sidebar to life it’s actually a really important part of life.

“That’s one of the messages we try to get across in disability studies—it’s not just about a blind man walking down the street or the deaf woman around the corner. It is really everybody.”

Brenda Wesley’s son, now 42, was diagnosed with schizophrenia when he was 21. That’s when she began a journey with him that introduced them to institutions, health care and service professionals in Milwaukee that impacted his life.

“In every sector I tried to get services for him, we really didn’t get the quality services I was expecting,” she said in an interview with WMJ.

“How do we view people when they live with these disabilities? How do we treat people?” she asked.

As a society, we don’t look at mental illnesses as legitimate illnesses, she said. Her son’s condition was treated as a behavioral issue rather than a health condition. That resulted in him being incarcerated, she said. “It didn’t help that he was a Black male.

“With professionals and the community in general, when it comes to mental illness, we have to come to the realization that these are illnesses, not just behavioral problems. If we come at it thinking it is just a behavioral problem, we are going to treat people differently.”

Wesley also had a sister who also lived with bi-polar disorder and addiction. “I lost my sister about a year and a half ago to an overdose.

At the conference Thursday, “I’ll say, knowing I will be in front of a lot of professionals, they also need a lot of work to understand their impact and to do no harm,” she said. “If you don’t understand your own biases around race, gender or mental illness, what type of quality care are you going to provide for people?

“I tell professionals who treat my son, you are dealing with a Black male who has been incarcerated, who lives with a mental health disorder, who has been traumatized, so how you treat him is critical.

“I really want people to understand the impact of what we do and how we treat individuals. We can build the best buildings in the world, we can put the best programs on paper, we can brighten up the space, but it’s the person providing the service that is the most important piece.”

Wesley encourages everyone to consider what each of us can do now to improve the situation for those facing mental or physical health challenges, she said.

“We have to be careful with language to remove the stigma that may keep some people from seeking treatment,” she said. “We need to take the word ‘crazy’ out of our vocabulary.

“I want people to just pause for a moment and think about the impact of calling a person using a wheelchair a ‘cripple.’ We call people with addictions ‘junkies’ and ‘crackheads.’ These words we use, people take them within their spirit and feel they can’t move forward.

“And if you are in an environment where you hear people using stigmatizing language or you see people doing harm to someone, say something,” she added.

Davis said to avoid words or phrases that “bring moral judgment with them like “That was a lame idea” or “He turned a deaf ear.”

Davis is hopeful that the growing field of disability studies is having a positive impact.

“I think in the way Said was so important in drawing people’s attention to the Middle East in ways that weren’t cliches and stereotypes, that’s the work a bunch of us did to make (living with disabilities) more visible and more mainstream. That empowered a lot of people to go forth and start writing memoirs and novels and screenplays and being actors.

“I was just watching the winter Olympics and it seemed every commercial break had a person with a disability in it. It has become part of the language. Seeing disability contributes to a cultural transformation.

“Getting to be comfortable with someone who doesn’t use language or uses sign language or uses a wheelchair or drools or can’t speak that clearly, getting to know them through the media allows people to accept them and bring them into their family,” Davis said.

“The way that racism and prejudice works is the first thing you think is ‘Muslim’ or ‘African American’ or ‘Jew.’ Once you get past that point to where you’re thinking, ‘What’s your favorite type of pizza?’—that’s the goal. Not to eliminate the difference because the difference is interesting, but to get past the awkwardness, to get past having the identity being a huge banner blocking you from seeing the person.” 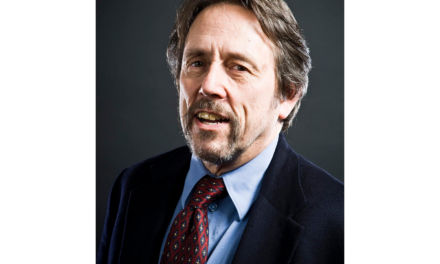 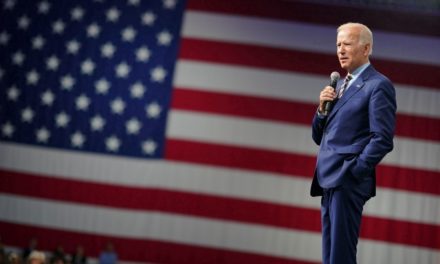 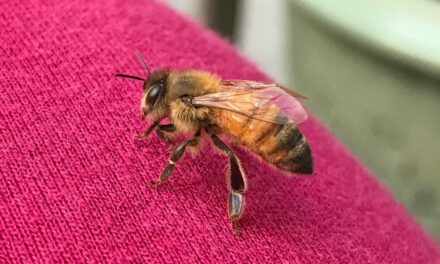 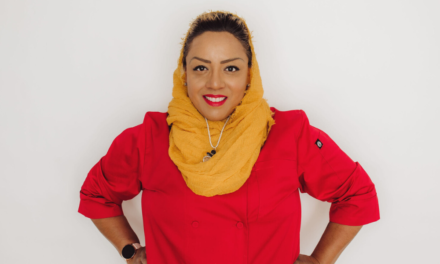