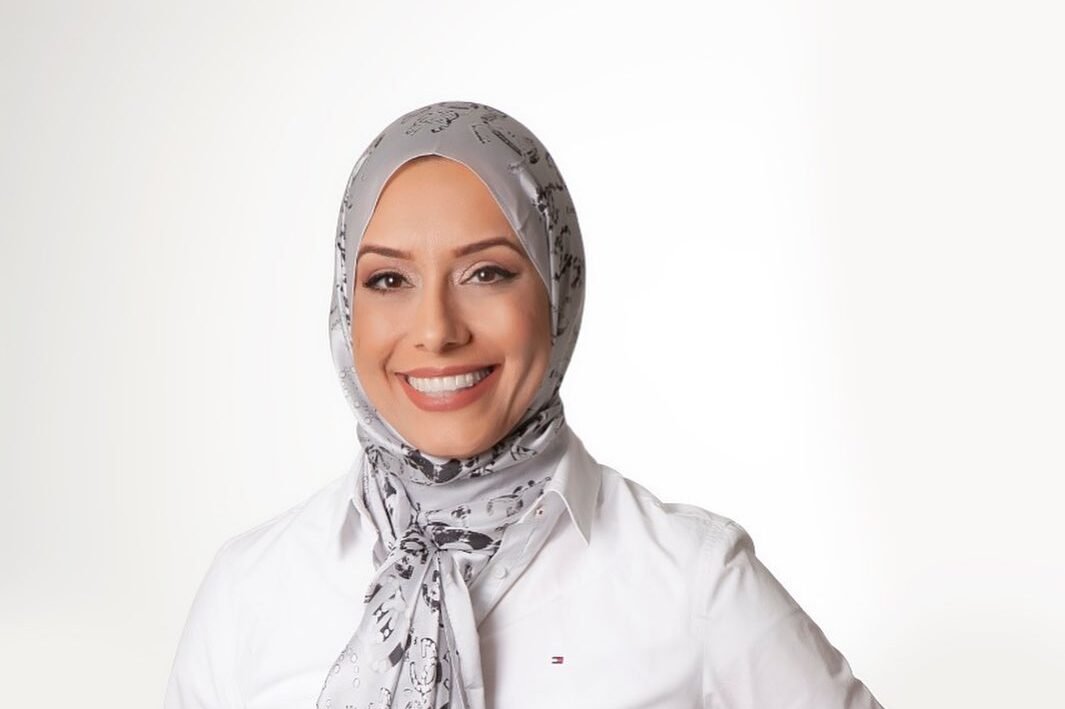 Fatima Hussein is a candidate for the Democratic Party in the municipal council election in Florianopolis, Brazil (Photo: Fatima Hussein for Middle East Monitor)

Although it is quite normal in many places today, Fatima Hussein is the first Palestinian Muslim woman to be nominated as a candidate in a Brazilian municipal council election. She never set out to be the “new face” of the Democratic Party; she always saw herself simply as a Palestinian dentist who devotes her time to serving her local community. In this election, though, she will be breaking new ground.

“I will be the only candidate who wears a hijab,” Hussein told me. “We suffer from fake news here in Brazil, a lot of which is harmful for Muslim women. However, I believe that my city council will be a real democratic space, where everyone feels represented, and symbols of Islam will be shown and respected.”

She is confident that she will be able to demonstrate that Muslim women can study, have jobs, have their own income, make decisions, have a voice, and give a voice to everyone else. If elected, she intends to fight against all types of discrimination, including race, gender, color, and religion.

With millions of Palestinians still living in exile from the land that their families had farmed for generations, Fatima Hussein’s story is one of many which illustrate that Palestinian refugees are living examples of patience and, in many cases, success. Neither the trauma of exile nor the pain of their loss has broken their spirit. On the contrary, their collective experiences have made them stronger.

Being a woman in politics is a challenge in itself, but what about being a Muslim, a Palestinian, a dentist, and a mother, all of the roles that Hussein fulfills in society? Brazil is the fifth largest country in the world and has the largest Roman Catholic population. Hussein believes firmly that when a woman has faith in her heart and is determined, she can achieve whatever she aims for, despite all of the challenges and divisions in society. She is, after all, a Brazilian-born Palestinian.

Fatima Hussein’s father worked in Brazil as part of an agricultural mission with help from the Jordanian government. He came from the village of Yalu, which was occupied by Israel during the 1967 Six-Day War. All of the villagers were expelled and the village was destroyed. When this happened, her brothers sought refuge in Brazil and joined their father.

“I was born in Tubarao, a city the State of Santa Catarina in Brazil, where I lived throughout my childhood,” Hussein explained. “In my teenage years, I moved to the state capital, Florianopolis, with my parents.” 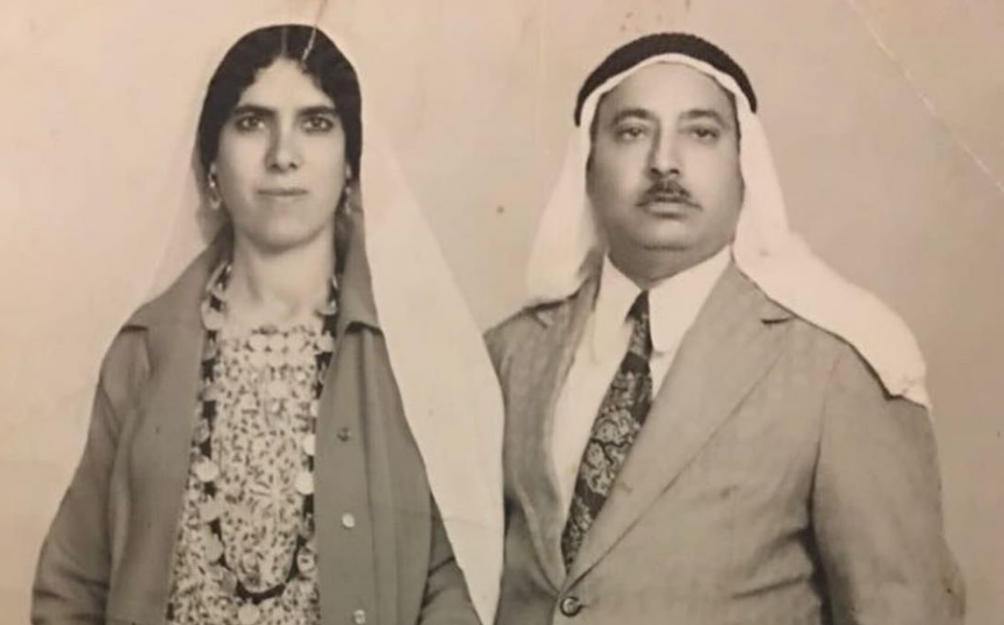 She studied dentistry at the Federal University of Santa Catarina, and also did her master’s degree there. “Since 2000, I have worked in my private dental clinic. I believe that a smile is our most important means of expression, and the worst crime is to steal someone’s smile. We can be happy if we make other people happy.”

It is every Palestinian’s destiny to carry his or her homeland with them in the diaspora. Fatima Hussein is no exception. “As a daughter of immigrants, I learned that success in a place that is not yours is one of life’s greatest challenges. I know exactly what it is to overcome all obstacles and to win when life gave me only one option.”

There has been a sizeable Palestinian community in Brazil since the end of the 19th century, and the country has hosted Palestinian migrants after the successive catastrophes that they have gone through in their homeland. It occupies a great place in the hearts of all Palestinians. Today, they play an important role in Brazilian society and help to build the country.

Palestinian influence can be found in Brazilian culture and society, especially in literature, street names and prominent politicians and businessmen. “Even as a proud Brazilian,” insisted Hussein, “I will always defend Palestine, not only because I am of Palestinian descent, but also because we should shine a light on our Palestinian community and our presence here.” 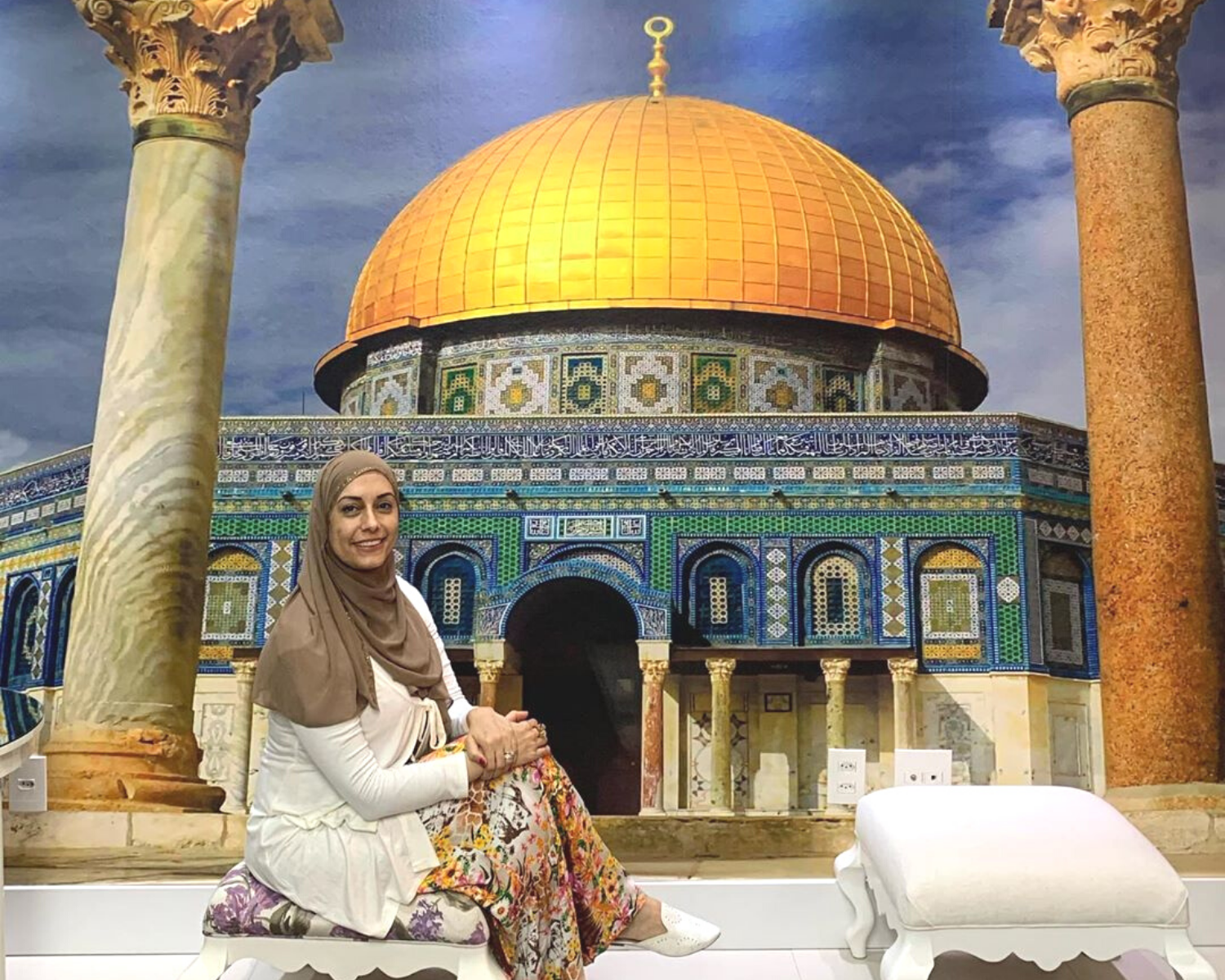 At the family home in Florianopolis, Brazil, in June 2020 (Photo: Fatima Hussein for Middle East Monitor)

Florianopolis has a relatively small Palestinian community but not many people know much about Palestine and the continuous suffering of its people. Fatima Hussein hopes to be the voice of Palestinians there. “I want to be the first woman who will give visibility to the Palestinian story, history, people, and their cause. I’m not just a candidate, but I am the one who represents resistance, struggle, courage, and strength.”

Not surprisingly, her husband is also a Palestinian. Khaled is a doctor working on the front line of the coronavirus pandemic in Brazil.

Fatima Hussein is one of a growing number of Palestinians who are successful in their chosen professions as well as in their local communities across Brazil, despite the challenges and difficulties they face. Every generation of Palestinians inherits the yearning for success where they will continue to seek a just peace that will provide future generations in their homeland with similar opportunities. That was always the certainty in their grandparents’ hearts, and it remains the case in Fatima’s today. 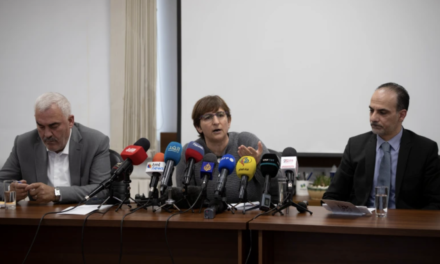 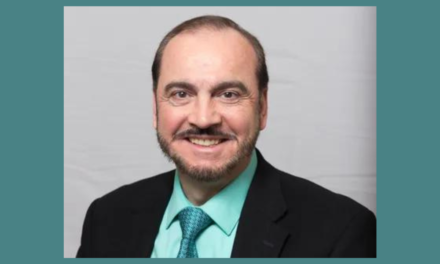 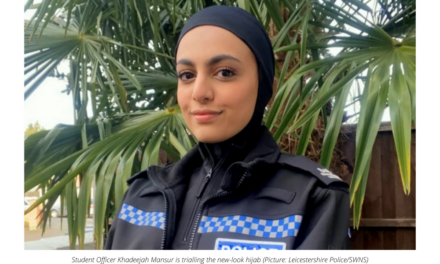