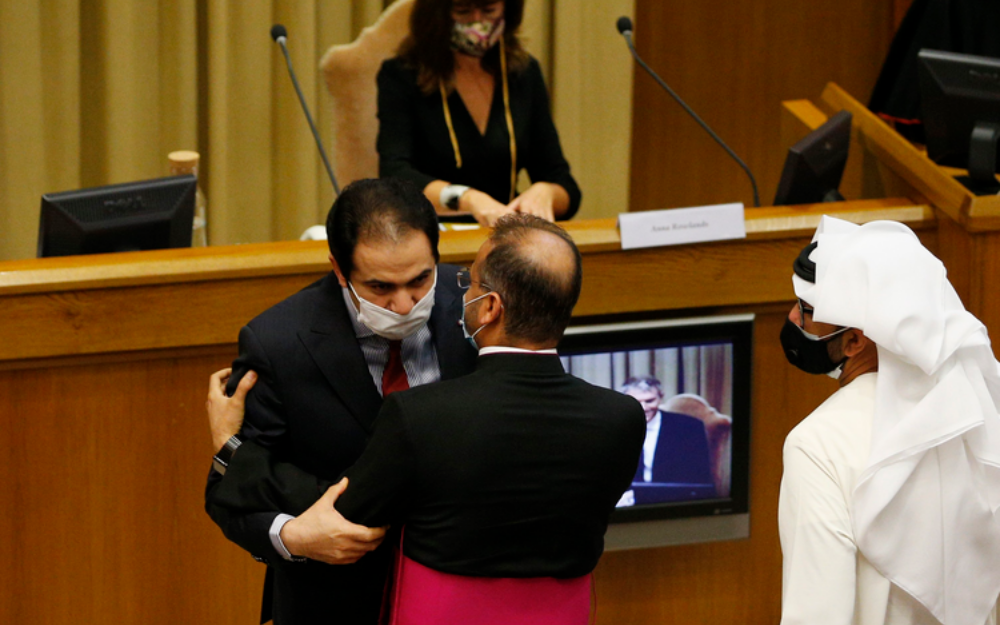 “I was really very moved when I first read Pope Francis’s message. I felt that the pope is representing me in every word, in everything he said,” Judge Mohamed Mahmoud Abdel Salem, a Muslim, told America in an interview after speaking at the Vatican presentation of the pope’s new encyclical “Fratelli Tutti,” on Oct. 4.

He is the first Muslim ever to present a papal encyclical. Advisor to the Grand Imam of Al Azhar, Ahmed al-Tayeb, he is now secretary-general of the Higher Committee of Human Fraternity set up to promote that historic document which the two religious leaders signed in Abu Dhabi on Feb. 4, 2019.

He views the pope’s encyclical as “the guide to putting into practice the Human Fraternity document,” and he considers the latter as “the constitution” for fostering Christian-Muslim relations. “I see both documents as a very strong barrier against hatred and racism, and evil in general,” he said. “The real Islam and the real Christianity is against intolerance and these negative forces,” he stated.

He said, “The thing that really impressed me is his talk about human dignity, when addressing the causes of migration and the displacement of people, he said that human dignity was trampled upon, lost at the border between the developed world [Europe] and the Third World.”

The judge told America, “When El Baba [the Arabic name for the pope] invited me at the end of July to participate in the presentation of the encyclical, he sent me the text in Arabic. And when I first read it, I saw it is an accurate plan for the world’s leaders. He really wants to achieve human fraternity.

”He revealed that he then asked El Baba “if I could send the message from him to the Grand Imam and he agreed.” He said that “when the Grand Imam read it, he commented that Pope Francis is a man of peace in a most excellent way, and he is living for people and with people.”

On Sunday, the Grand Imam publicly welcomed the pope’s encyclical in a message in Arabic via twitter, saying: “My brother, Pope Francis’s message, Fratelli Tutti, is an extension of the Document on Human Fraternity, and reveals a global reality in which the vulnerable and marginalized pay the price for unstable positions and decisions… It is a message that is directed to people of good will, whose consciences are alive and restores conscience to humanity.”

Judge Abdel Salam told America, “The friendship between El Baba and the Grand Imam is something exceptional, something that has not happened in modern history. It’s a chance to get their two religions closer, to bring the followers of their religions closer.”

He said, “The friendship is not only for outward appearance, it’s real. They make phone calls on birthdays and festival-days. They are making history.”

The judge accompanied the Grand Imam at his meetings with El Baba and was so impressed at what he witnessed that he has written a book on their friendship that will soon be released in Arabic, English and Italian.

He was one of the five panelists that presented the encyclical in the Vatican’s synod hall last Sunday. The other panelists were Cardinals Pietro Parolin, secretary of state, and Miguel Angel Ayuso Guixot, president of the pontifical council for inter-religious dialogue, Professors Anna Rowlands, Durham University (United Kingdom) and Andrea Riccardi, founder of the Sant’Egidio community.

Addressing the audience—all wearing masks—that included the Superior General of the Jesuits, Arturo Sosa, Cardinal Michael Czerny and Monsignor Yoannis Lazi Ghaid, a member of the Higher Committee, the judge said, “What we are witnessing in the Vatican, starting with its highest authority, proves that, all things considered, we are moving in the right direction and that the creative and foundational thought of a new vision is heading towards higher horizons in time and space.”

He recalled that after signing the “Document on Human Fraternity,” the pope “continued his journey” and understood that “the nations’ demand for happiness requires a commitment that is difficult to define because of the various sectors involved, the interests and policies at stake and the contrasts between states and peoples, all of which are problems that put consciences and wills to the test.” Reflecting on all this, he said, “the pope has written clear and courageous words that fear only God, to describe the tragedies of weak, tired and desperate people, and to prescribe the cure for this evil that is difficult to heal, and has hit our modern civilisation to death.”

He described the encyclical as “an appeal to concord in a world in discord, as well as a clear message in favour of both individual and collective harmony with the laws of the universe, the world and life.”

Speaking “as a young Muslim scholar of Shari’a [law], Islam and its sciences,” he said, “I find myself—with much love and enthusiasm—in agreement with the pope, and I share every word he has written in the encyclical,” and “I follow, with satisfaction and hope, all his proposals put forward in a spirit of concern for the rebirth of human fraternity.”

He noted that “Pope Francis warns, in no uncertain terms, against ideologies imbued with selfishness and the loss of social sense, which operate behind the mask of presumed national interests, at the same time, he admonishes against the dangers of globalisation and its consequences, which may have brought us closer together, but will certainly not make us brothers and sisters.”

He applauded Francis’ “harsh” criticism of “the end of historical consciousness,” with “the serious infiltration of this theory in our cultures.” He applauded him too “when he reprimands against this new form of colonialism that can manipulate extremely important and sensitive concepts, such as democracy, freedom, justice and unity, using them as a means of control, domination, and arrogance, emptying them of their meaning, sometimes even to justify its actions.”

He praised Francis discourse about “human rights when he highlights the new forms of injustice and exploitation of man and the denial of his dignity, injustice against women, and the slavery-like conditions that so many people suffer today.” Moreover, he said, Francis “rightly considers that persecution for religious or ethnic reasons and other violations of human dignity are aspects of a ‘third world war fought piecemeal.’”

He praised Francis for his words about “the root causes of migration and displacement” and the loss of human dignity at the border between Europe and the Third World.

He agreed when, in the light of the pandemic and other recent tragedies, the pope asked: “that we rethink our lifestyles and the organization of our societies.”

The judge said he is “convinced” the encyclical and the Document on Human Fraternity “will restart the train of history that had stopped at the station of this world order, and was rooted in unreasonableness, injustice, pride and colonial violence.” He hopes these texts “can be the basis, or the most important factor for the birth of a new world order, that relies on the sacredness of dignity and human rights—as the pope said—not on contempt, slavery and the exploitation of man.” He hopes the encyclical “will reach the hands of politicians and decision-makers and enlighten them.”

Speaking as secretary-general, he announced that the Higher Committee of Human Fraternity will convene “a forum for 100 young people from different parts of the world” for study days on the encyclical in Rome, Abu Dhabi, and Cair, so that “it will reach young people of different religions and ethnicities.”

He appealed to the followers of both religions “to support each other on the path of fraternity, mutual knowledge, and collaboration” and said, “We are in favor of uniting religious energies to tackle discrimination, racism, and hatred.” He added, “At the same time, we strive for the consolidation of our own doctrine, deepening our own specific aspects and avoiding disunity or disintegration” which is “the goal of every person faithful to his or her religion. Universal fraternity remains—yesterday, today, and tomorrow—an absolute necessity for the whole world, and is indispensable for salvation. Because it will give life to a balanced and happy civilization, as it centers on man regardless of skin color, sex, language, and religion.”

He concluded by addressing Pope Francis and the Grand Imam of Al Azhar and said “your efforts and endeavors in favor of human coexistence and world fraternity” that culminated in the Document on Human Fraternity last year in Abu Dhabi “represent a turning point in the Arab and Muslim world, and a ray of light for the whole world.” 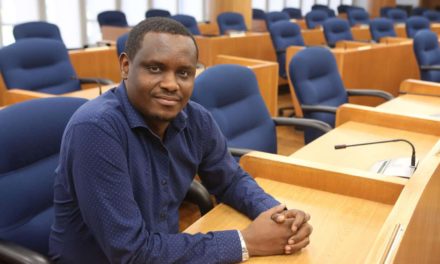