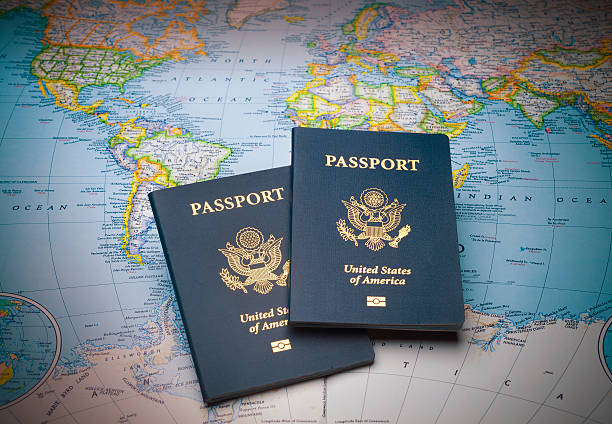 In a newly identified form of domestic abuse, women married to American citizens or residents are abandoned in their country of origin without the documents or other means necessary to return to the United States.

This article is Part Two of a two-part series about how Milwaukee Muslim Women’s Coalition’s Our Peaceful Home and End Domestic Abuse Wisconsin are working together to stop a newly identified form of domestic abuse—transnational marriage abandonment. See Part One here.

A Palestinian American mother and her children, including a newborn baby, who have been trapped in the West Bank, are one step closer to returning to Wisconsin thanks to growing awareness of a newly identified form of domestic abuse—transnational marriage abandonment.

Transnational marriage abandonment is defined as a type of abuse in which an abuser abandons the victim-spouse in their country of origin, without means to return to the United States, Madison-area attorney Kelsy Mullins, J.D., M.S.W., with End Domestic Abuse Wisconsin, explained in her Nov. 11 article in Wisconsin Lawyer, Highlighting a Hidden Legal Issue: Transnational Marriage Abandonment. “The abuser, who is usually a U.S. citizen or lawful permanent resident, then has sole access to shared children who remain in the United States and all the couple’s assets.”

Since 2021, End Domestic Abuse Wisconsin, a statewide coalition of about 40 social policy advocates, attorneys and experts across Wisconsin who are working to end domestic abuse, has joined forces with Milwaukee Muslim Women’s Coalition’s culturally specific domestic violence program Our Peaceful Home to prioritize the once hidden form of domestic abuse. 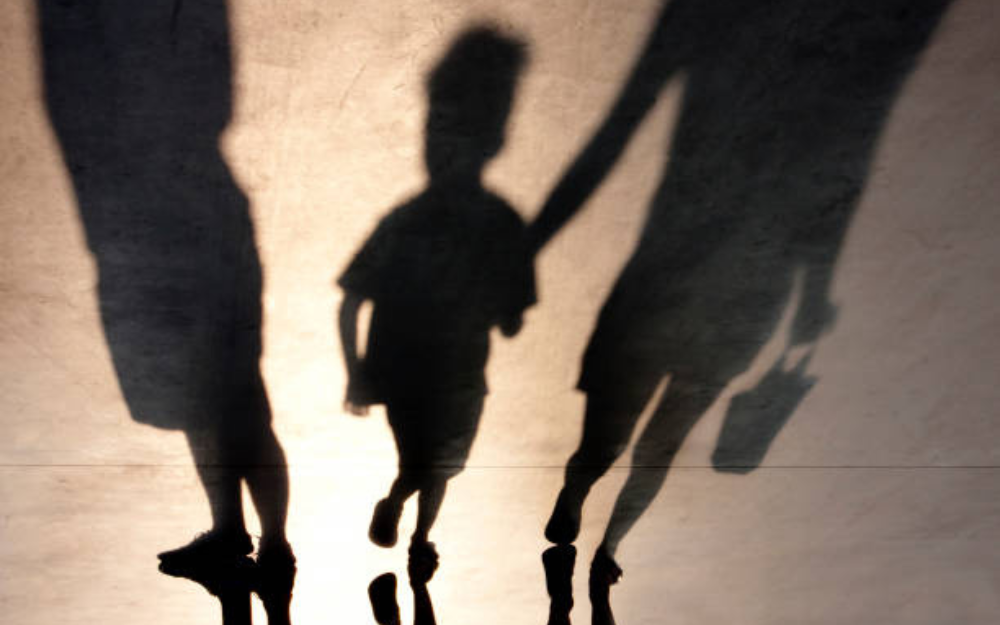 In this case, the father refused to apply for a passport for the newborn as a way to keep his wife abroad, said Basema Yasin, Our Peaceful Home’s advocate and coordinator. Both parents are required to appear when applying for an infant’s passport, she explained.

Our Peaceful Home solicited help from her congressional representative and together they convinced officials in the U.S. Embassy to allow the mother to apply for her newborn’s passport, social security number and birth certificate.

Although these situations have been going on ever since U.S. citizens have married women abroad from countries to which they had cultural ties, the issue of transnational marriage abandonment is only now drawing attention, Mullins said. And the collaboration between End Domestic Abuse Wisconsin and Our Peaceful Home is the forefront.

Early in their collaboration, when Mullins and Yasin met with MMWC president Janan Najeeb to discuss strategies for tackling this issue, “We realized how pervasive it is,” Mullins said. They decided on a three-pronged approach to fight it: 1) Raise awareness; 2) Provide training and resources to advocates and professionals in the justice systems; and 3) Pursue policy development.

Since 2021, Mullins and her legal service colleagues at End Domestic Abuse “really dug into what transnational marriage abandonment is and who it is happening to,” both to understand it themselves and to “paint the picture” so they could share what they learn with others, Mullins said. 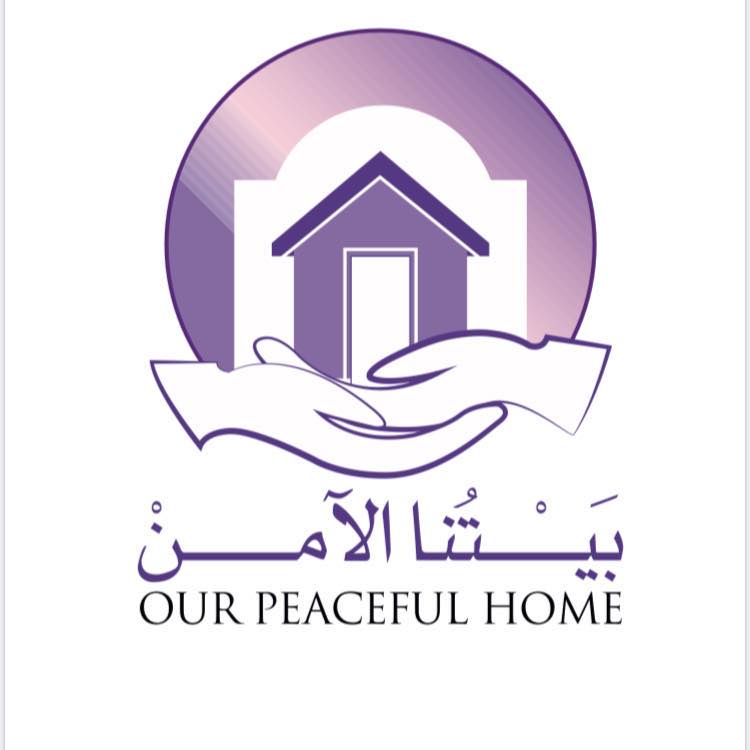 Advocates at Our Peaceful Home “are the ones who opened my eyes to the issue and brought awareness to me,” Mullins said. “They are the driving force. Without them, I wouldn’t know of transnational marriage abandonment or its magnitude. I might have thought of it as a one-off issue.”

No one has been tracking it—until now. Lawyers, judges, advocates and even victims themselves had not identified this global phenomenon that strips victims of their legal rights to marital assets and sometimes even of their children.

Yasin and her colleagues at Our Peaceful Home, which launched about four years ago, have been contacted by women abandoned in their countries of origin, their husbands and children in the United States, with no way to return. First, they heard from women with Wisconsin ties. Gradually, the word spread and women who had lived in other states reached out to OPH, Muslims and non-Muslims alike.

Word spread that OPH could help. Yasin recalled contacts about cases involving women abandoned in India, Mexico, Jordan and Palestine and from women who had lived in California, Texas and Virginia.

“You know, as opposed to a woman writing an email by herself, when we write on her behalf things move faster,” Yasin said. “The lady from Palestine (with the newborn) had just tried to make a simple appointment at the embassy and she wasn’t allowed because she was coming (without her husband). With us contacting the embassy and the congressman’s office,” she was able to make the appointment. “I have also found through my work how just being able to mention the name of an organization can help a client.

Collaborations are key, she added. “You really need to work with people who can help you create contacts. Without networking, it is hard to do anything on your own. All of us need to work together. End Domestic Abuse Wisconsin has been able to gather resources through their organization that have been so important,” she said.

Likewise, the role advocates play is critical, Mullins said. Survivors need someone to advocate for them. “They are not going to reach out to an unfamiliar attorney when they are abandoned somewhere. They are going to think about the communities they knew in the U.S. and advocates who might have an understanding of what’s happening.”

That fact prompted Mullins and Yasin to wonder, “What are other culturally specific agencies seeing? Are they getting requests from survivors from other parts of the world?” Mullins said. They decided to reach out to advocates across Wisconsin to make sure they recognize international abandonment as an issue and have an understanding of how to approach it.

Our Peaceful Home and End Domestic Abuse Wisconsin hosted a training session in March for advocates, the first international marriage abandonment nationwide, as far as Mullins and Yasin know.

“I really don’t think there was anything before us,” Mullins said.

Held at the MMWC’s Islamic Resource Center, available both in-person and online. Eight attended in person and 35 registered to attend remotely, including several from outside Wisconsin. Among those who attended in person were people from Hanan Refugee Relief Group, a nonprofit organization that helps refugees transition to host communities, and Sojourner Family Peace Center, the largest nonprofit provider of domestic violence prevention and intervention services in Wisconsin. In addition, several culturally specific domestic violence agencies such as UMOS Latina Resource Center, The Asha Project (in African American communities) and Hmong American Women’s Association (HAWA).

“We are planning to expand the trainings,” Mullins noted. “One goal is to record the training so we can disseminate it to others. Another is to target a wider scope of people who should receive this training such as professionals in the justice system, and other advocates and community members.”

They are reaching out to judges, court commissioners, lawyers, law enforcement officials, social workers, court-appointed guardians, “people who can make a difference,” Yasin said. It is important for judges to know “the magnitude of what is happening,” she added. If they don’t, “they might defend the abduction of a child by giving permission to fathers to kidnap their children and bring them back to the U.S.” 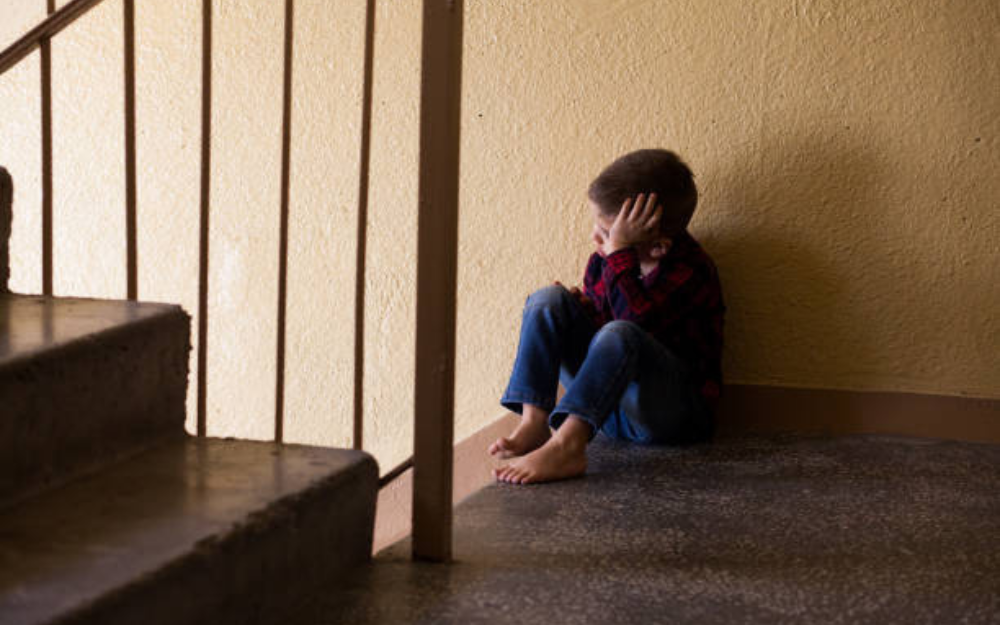 Plans for this training for “systems actors,” people who have some decision-making power for survivors, are underway. Yasin and Mullins expect to announce the date for it in the New Year.

“One of the biggest factors in whether someone is successful or not” in winning a case against an abuser “is having legal representation,” Mullins said. “Survivors already face so much stigma. They are often not believed when they report their experiences in the legal system. 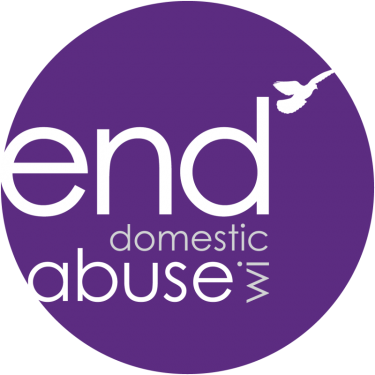 “When survivors aren’t represented, it’s even more difficult because they’re going to have to cross-examine their abuser,” she added. “That can be intimidating and re-traumatizing. It’s even tricker when you must use an interpreting service. It certainly adds another layer.”

Fortunately, legal grants are available from the Wisconsin Department of Children and Families, Yasin added. Abuse survivors needed help paying for legal representation may contact a culturally specific agency, like Our Peaceful Home for more information about how to apply. Legal grant applications will be accepted in January, she said.

“Many of our clients have gotten legal representation through those grants,” she said. “I don’t know what they would have done without that money. Few lawyers take on pro bono work in family law cases because they can be very time consuming.

In looking to the future, “a long-term goal is policy change,” Mullins said. “We want to improve statutes so survivors have more options for protection, to enable them to return to the U.S. with legal immigrant status and also to prevail in family law cases so they can raise their children.”

To make the case for policy changes, “we’ll need to be able to show how big an issue this is,” she said. That means collecting data about these cases—when they’re happening, in what states the survivors had been living, what countries they’re abandoned in, whether or not they’re able to return to the U.S. and how.

To start data collection, “we must make sure we are able to collect data while also maintaining confidentiality so people are not put at risk. There are logistical barriers we will need to address to make sure we can really protect survivors wherever they lived in the U.S.” 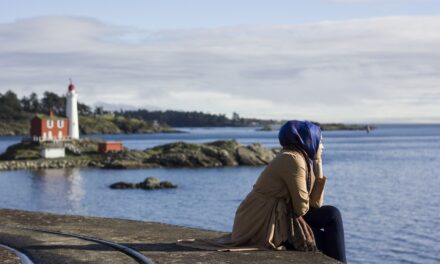 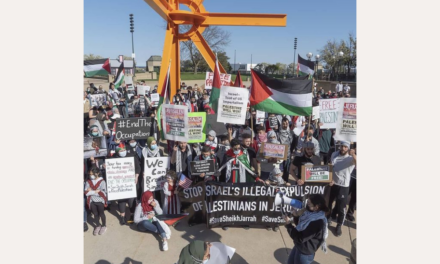 Yasmeen Atta: Compelled to take a stand on Palestine