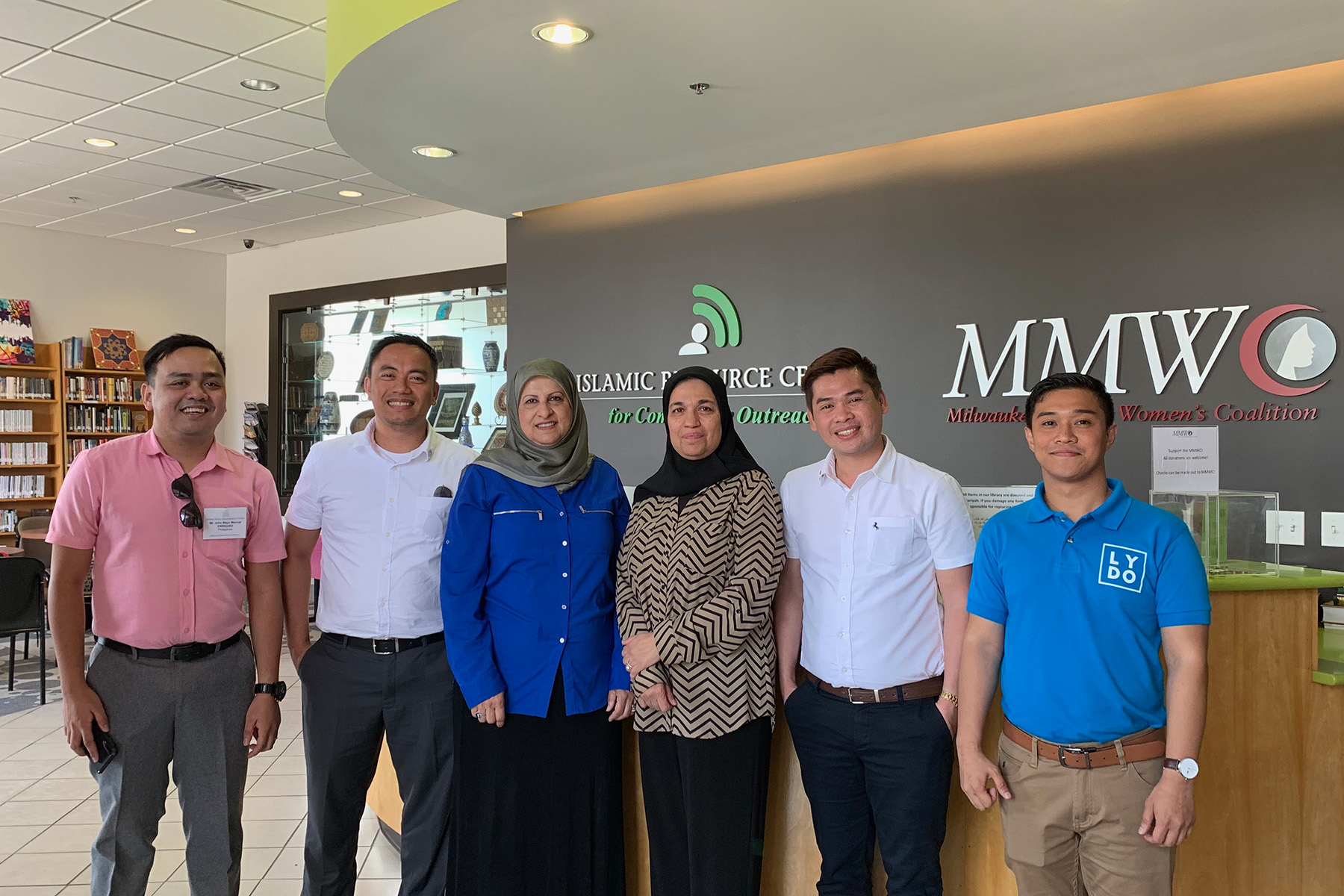 On July 10th, The Milwaukee Muslim Women’s Coalition hosted guests from the Philippines at the Islamic Resource Center.  The guests are part of the International Visitor Leadership Program (IVLP) run by the U.S. Department of State. The International Institute of Wisconsin is the local programmer for the IVLP (#IVLP). The Islamic Resource Center is a frequent stop for many of these international guests.  This particular group of four individuals, representing both government officials and University administration came as part of the initiative, “Promoting Peace and Security through Education and Youth.”   They were here to talk  with community, business, and government leaders about their efforts to reach disenfranchised youth and examine models for engaging key influencers such as women and interfaith leaders in changing the narrative of violence.

The robust discussion centered on how poverty and disenfranchisement can lead youth to join groups or gangs that give them a sense of purpose.  The importance of governments in helping alleviate the poverty and difficulties of these populations in order to prevent other groups or ideas from coming in and filling the vacuum.  It was interesting to hear of the rise of extremist ideology in the Philippines, very similar to that in the United States.  A discussion of best practices on  how to address these concerns was very valuable for the visitors.  Additional visits included the Interfaith Conference of Greater Milwaukee and a dinner dialogue. 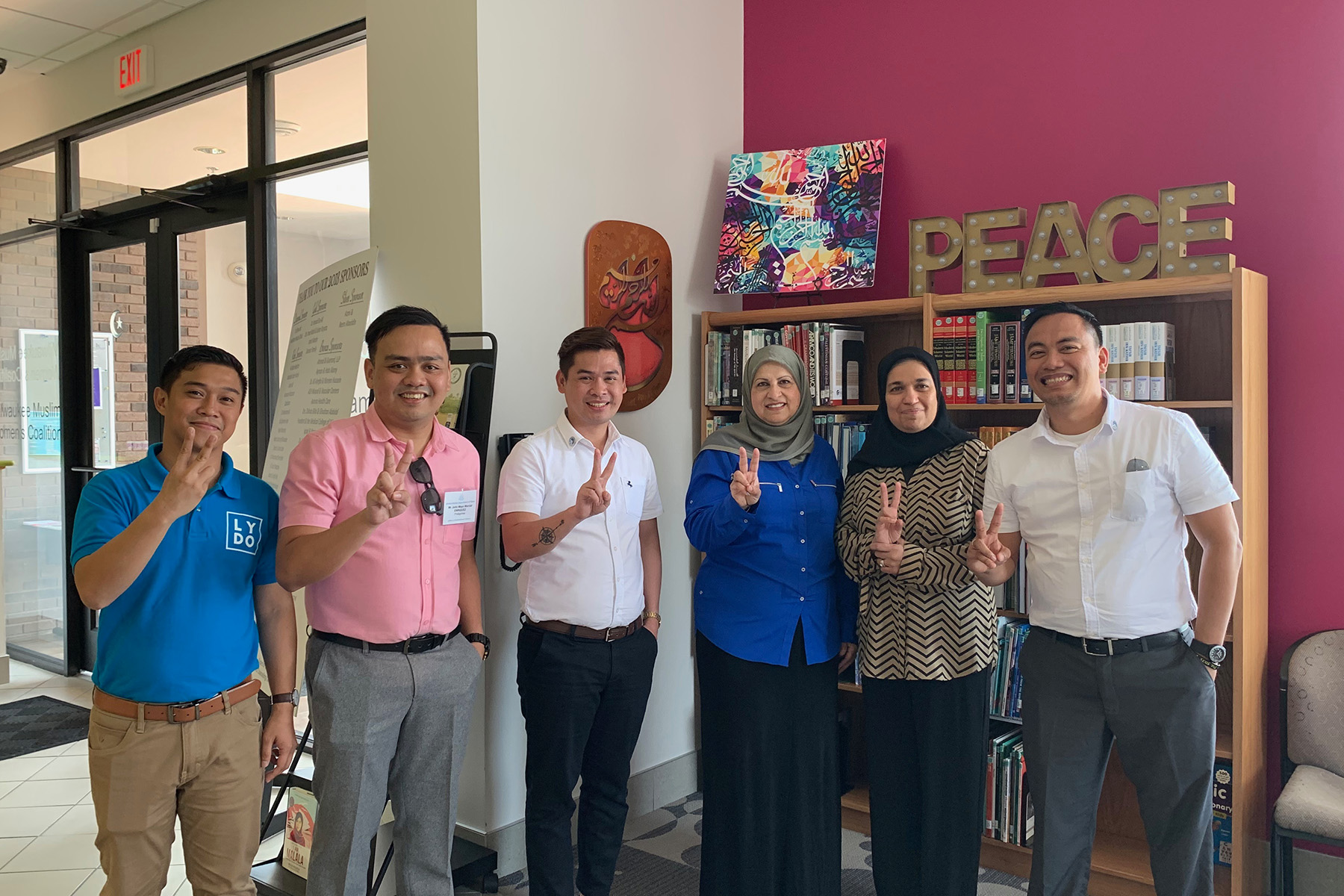