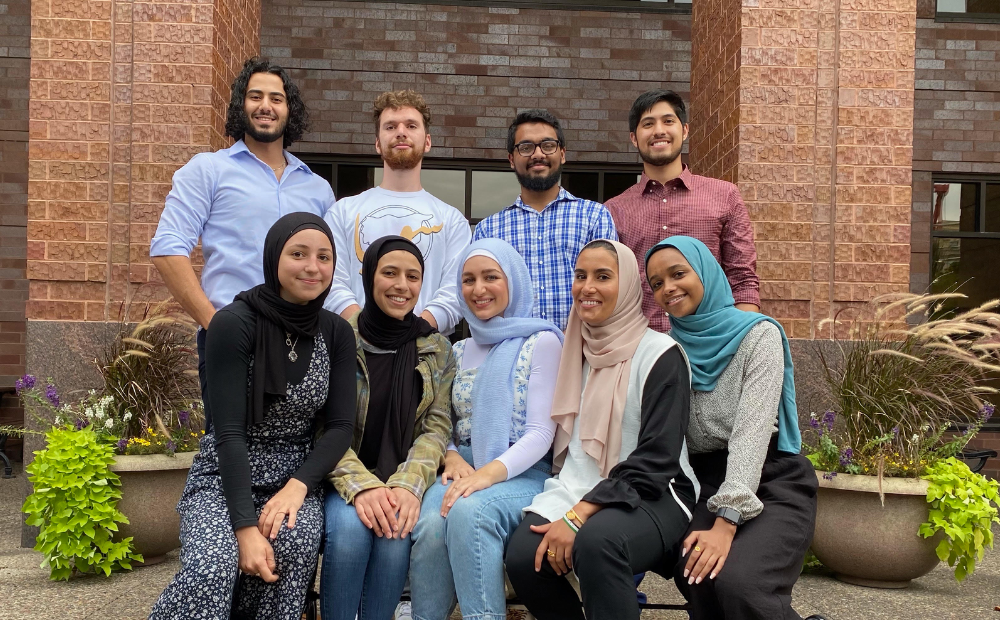 “I realized we needed a larger prayer space after Muslim students attended an event for Palestine this past semester and after the event 10-15 students wanted to go pray in the MSA room. It could not fit everyone and those in the room were very crammed,” said MSA President Dana Sharqawi, 20, of Milwaukee, in an interview with the Wisconsin Muslim Journal.

In April, Sharqawi wrote a letter to MU president Dr. Michael R. Lovell requesting him to intervene on the need for a larger prayer room, she said. In response, President Lovell directed several administrators to address this request.

In May, several vice presidents met with Director of Campus Ministry Director Mary Sue Callan-Farley, Muslim Chaplain Sameer Ali and MSA faculty advisor Irfan Omar. No students were invited to attend. Nothing was resolved at this meeting but promises were made to look into the matter, Dr. Omar said.

Since by August no steps had been taken, the MSA leadership started the petition, Sharqawi said. (Sharqawi met with staff in Marquette’s Office of Campus Ministry prior to the organization starting the petition.)

The petition calls for a more “accessible and equitable prayer room” for MU’s growing number of Muslim students, faculty and staff. Sharqawi, MSA vice president Dia Shammout, 21, of Milwaukee, and the MSA board drafted the petition. It is supported by MSA faculty advisor Dr. Irfan A. Omar, an associate professor of theology, as well as associate professor of Arabic Dr. Enaya Othman and the MU Muslim chaplain Imam Sameer Ali, the MSA leadership said.

In addition, attorney Othman Atta, a long-time community leader at the Islamic Society of Milwaukee, has pledged his support of this petition. Atta said he will write a letter in support of the students’ demand.

MU’s MSA attracts about 50 to 60 students to many of its events. However, that does not fully account for all the Muslim students, staff and faculty at MU, Dr. Omar said. The number of Muslim students enrolled at the university is estimated to be around 150, many of whom may utilize the prayer space, he said.

The current prayer room can accommodate six people praying at a time. Space is very limited, especially while taking into consideration COVID-19 distancing and since men and women pray on separate sides, Dr. Omar explained. The demand for space will increase in the spring semester when Ramadan occurs in April, he added.

Omar said he based this projection on observations made by Campus Ministry staff about last April/Ramadan. They reported seeing the overflow of Muslim students, some waiting in the hallway for their turn to use the current prayer space and others occupying the adjacent Multifaith Meditation Room, which is not meant to be used as Muslim prayer space or for socializing, he said. 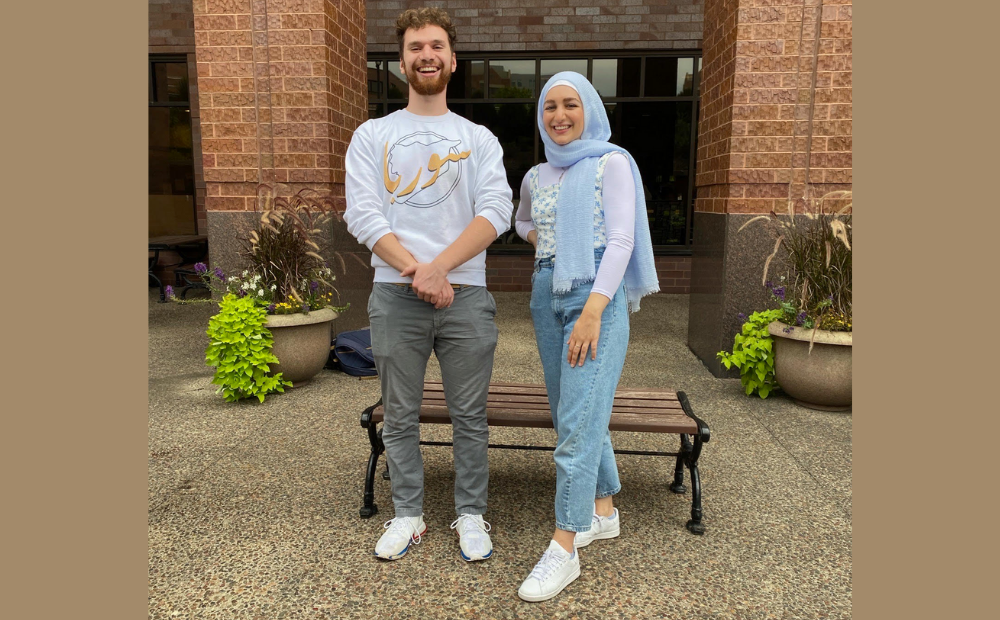 The need for more space

The current prayer room is particularly problematic for jumah prayers, the weekly prayer when Muslims are encouraged to pray together in groups with other members of the ummah, the worldwide community of believers, the MSA petition explains. For Friday prayers and special occasions, the MSA reserves a separate, large community room on campus and typically 50-75 people attend.

MSA Vice President Shammout said the room is also important for Muslim students as a space for spiritual meditation and community building. “A lot of students go to the masala (prayer room) just to relax and study. Just as when a Christian goes to a chapel or a Jew goes to a temple, they may they feel like they want to stay there. It’s not only is it a spiritual place but it’s also a space for students to relax and unwind from a stressful day. It’s the same for Muslims.”

The lack of adequate prayer space for the size of the Muslim community not only makes it difficult for Muslims to complete their requirements to pray while on campus, it also deprives them of a space for reflection in a place where they may feel welcomed and safe, Dr. Omar agreed.

Having an appropriate place to pray is also important because completing the five daily prayers is an important responsibility of Muslims and is the second “Pillar of Islam,” Dr. Omar said. The prayers are made at dawn, noon, mid-afternoon, sunset and after dark.

Each pillar is a core practice of Islam. In addition to prayer, the others are: professing one’s faith, zakat (giving a fixed portion of one’s income to those in need), fasting during the month of Ramadan and making the pilgrimage to Mecca during one’s life.

Female Muslim students have an even greater need to find a private space to pray, said Dr. Othman of the Languages, Literature and Cultures Department. “In previous semesters, female Muslim students visited me to pray in my office because there is no other place where they can go. The current Muslim prayer space is too small to accommodate 5-6 people at a time.”

Because the prayer requires one to put one’s forehead on the ground in submission to God, Muslim women do not always feel comfortable praying in front of others, especially in close proximity with others, she explained.

What’s more, having a place for Muslim prayer is important to making Muslim students feel welcomed on campus, MSA President Sharqawi said. “I think having our own space shows that we belong. If you take a walk around Marquette, it’s a predominantly white school and as a Muslim woman, you tend to stick out like a sore thumb. You feel like you don’t fit in.

“Having a prayer space helps build that equity, making our community feel safe and accepted. It will mean we do fit in.”

Some Muslim students leave campus to go home or to a mosque to pray, then return, which is time-consuming, MSA board members report. During exam periods, this may force some students to make a difficult choice between their academic and spiritual responsibilities, which isn’t fair, MSU Vice President Shammout said.

Willing to work together

In response to questions from WMJ about the administration’s position on the petition, MU Director of Campus Ministry Callan-Farley responded: “As a Catholic, Jesuit university, Marquette recognizes and cherishes the dignity of each individual, and precisely because Catholicism at its best seeks to be inclusive, we are open to all who share our mission and seek the truth about God and the world.

“Campus Ministry works closely with a variety of student faith and cultural groups across campus to provide necessary space for worship, fellowship and organizing. Campus Ministry along with Offices of Mission and Ministry, Student Affairs and Facilities Planning and Management, the Muslim Chaplain, and an Islamic scholar and faculty member, have been in ongoing conversations with the Muslim Student Association about how we can best meet Muslim students’ space needs, particularly during the sacred month of Ramadan.

“Over the past several years, Marquette University has added a Muslim chaplain to Campus Ministry staff and expanded and enhanced worship spaces and resources for Marquette University Muslim students, faculty and staff, including providing a larger space in our Alumni Memorial Union, adding ablution/wudu stations at two locations on campus and purchasing additional prayer rugs, all in response to student-expressed need.

“The Ministry of Marquette also stated they are going to continue to work with the Muslim Student Association to identify opportunities to expand and enhance worship space in the future, as space becomes available.” 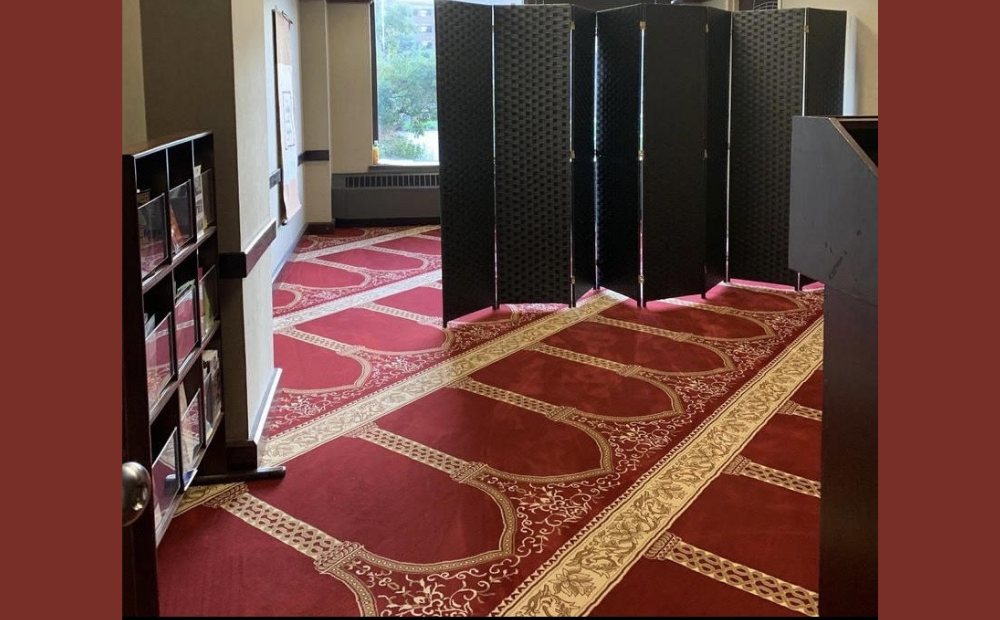 Marquette University’s Muslim prayer room is located in the Alumni Memorial Union in the center of the MU campus.

Muslim students used to have a prayer room that fit four people, Dr. Omar recalled. In 2015, after repeated requests for nearly 10 years, the university agreed to designate the current room, which is slightly larger, as the Muslim Prayer Room.

The MSA plans to continue advocating for a larger prayer space. In addition to bringing the needs of Muslim students to the administration, MU’s MSA strives “to inform and educate the university community about aspects of Islamic religion, including but not limited to Islam’s heritage, culture, and history, and to evaluate contemporary Muslim concerns through events, lectures and socials,” its mission states. 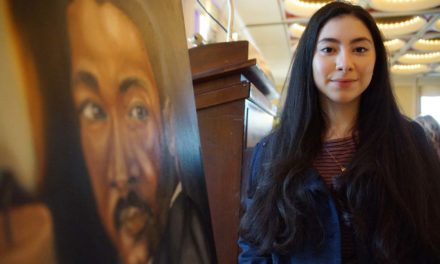 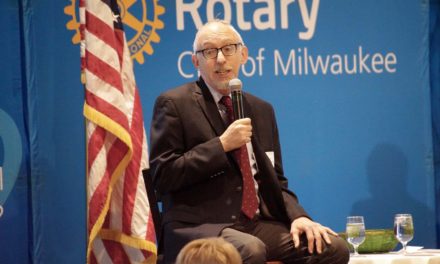