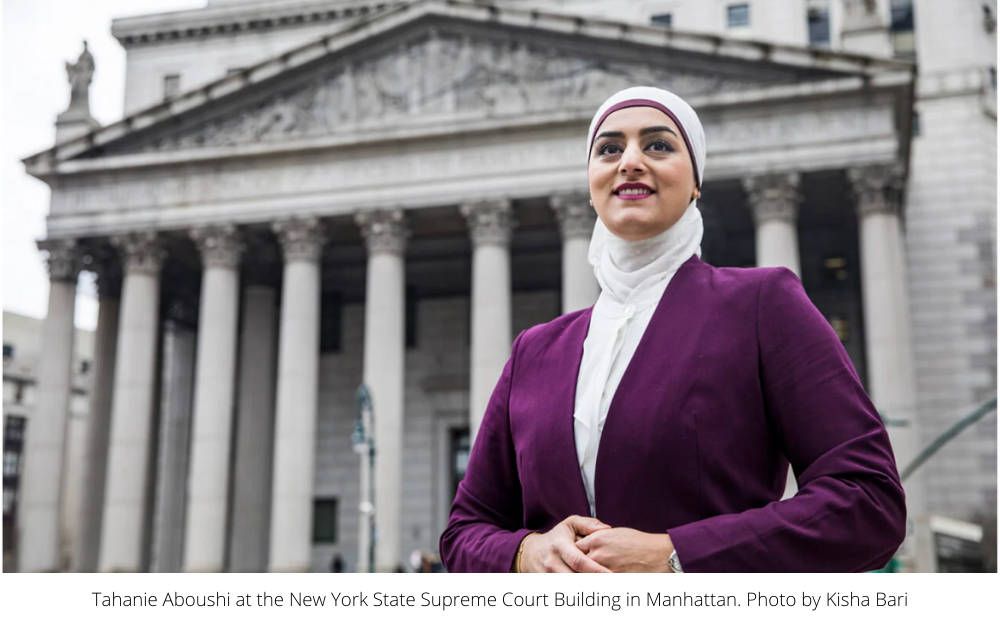 NEW YORK (RNS) — Tahanie Aboushi describes herself as “35, going on 50.” But friends disagree, calling her “bold” and “hilarious.” To survive the next four months, the civil rights attorney likely will need answer both those descriptions, and then some: Aboushi is one of eight candidates running to be the next district attorney of Manhattan.

To win, she will need to convince New Yorkers to vote for a first-time officeholder who would also be the country’s first hijab-wearing DA.

“Tahanie is New York personified. She is kind, humble, but also unbought and unbossed,” said Linda Sarsour, the Women’s March organizer and progressive icon, who is a childhood friend.

Aboushi comes from the same Palestinian community as Sarsour — Aboushi’s grandmother’s apartment in the wildly diverse Sunset Park neighborhood of Brooklyn was downstairs from Sarsour’s mother’s.

When Aboushi would visit, her grandmother would gather the kids in her living room, cook for them and tell hilarious stories of her past. Sarsour, Aboushi and their siblings would laugh through them all.

In 2011, after graduating from Syracuse University College of Law in 2009, Aboushi began to provide free legal consultation to the mostly Arab Muslim immigrants at the Arab American Association of New York, where Sarsour was executive director for 15 years. Aboushi worked on housing, civil rights, immigration and business cases.

According to Sarsour, the organization’s clients loved Aboushi. “She was always so attentive,” Sarsour said. “She cares deeply about people.” 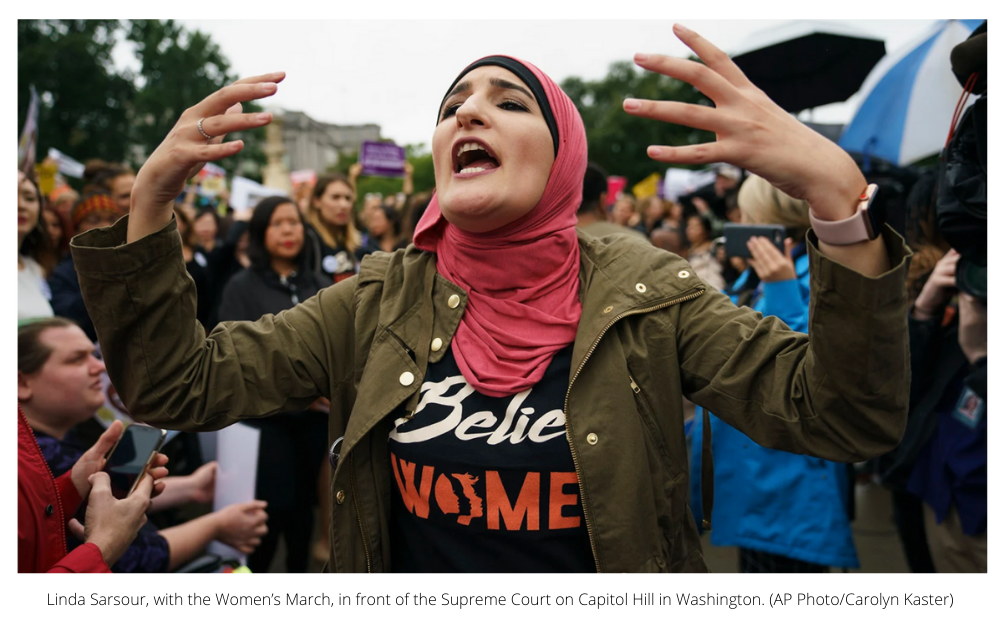 But while Sarsour was motivated in her activism by the crackdown on Muslim and Arab residents of New York that followed 9/11, Aboushi’s inspiration, as an aspiring officeholder and a lawyer, comes from her father, who was sentenced to 22 years in prison when she was 14 years old.

In 1999, her father was convicted of conspiracy to rob truck drivers and to sell the stolen vehicles and goods, according to court documents. He was released three years ago. That experience taught Aboushi the hardships families and communities of color go through when their loved ones are in the prison system.

“People of color have been made to be the face of crime in this city and are used as scapegoats for the powerful and privileged who do whatever they want with impunity,” she told Religion News Service in a recent phone interview. “And no one is talking about it.”

She got into the DA race, Aboushi said, because when New York’s politicians do talk about incarceration and minorities, they don’t exhibit a connection with the issues. “The conversations before I jumped in felt cookie-cutter. They felt like basic responses that any candidate could give,” she said.

“As someone who has represented so many victims (of the system), let’s talk about why victims are cut out of the process, why they don’t have a seat at the table.”

Aboushi’s platform is in line with progressive DAs who have made reforms in Philadelphia, Washington and elsewhere: an end to cash bail; non-law enforcement responses to nonviolent situations; and community-led safety programs.

She has become a go-to lawyer for those seeking relief from or recompense from overbearing official authority. In 2018, Aboushi won a $180,000 settlement from the city for three Muslim women who had been forced to remove their hijabs for mug shots. She won the right for four New York firefighters to be excused from the Fire Department’s requirement to be clean shaven because of a skin condition exacerbated by shaving.

Currently, Aboushi is representing 21-year-old Dounya Zayer, who was shown being shoved to the pavement in a video that went viral, by a police officer during the George Floyd protests in Brooklyn. In December, she filed a federal civil rights lawsuit against the officer, his supervisor, the New York Police Department and the city.

More recently, in discussing her positions with The Appeal, a nonprofit media organization, Aboushi explained that she planned to not prosecute offenses that criminalize poverty, mental health issues and substance use, and to reduce incarceration overall. When she was slammed as being soft on crime, Aboushi said that the critique betrayed a misunderstanding of how the system operates.

“All we’re doing is putting on the Band-Aid and looking the other way, and I don’t want to look the other way anymore,” she said.

District attorneys have traditionally been considered the vanguards of the system, but, said Sarsour, “(For) Muslim woman organizers who are a part of criminal justice reform and racial justice movements, the DA in fact has power over many of the things we fight for.”

Aboushi has long been concerned with the difference politics can make for families that struggle to make ends meet, raise their kids, give them a good life. One of 10 children, she has seen her own immigrant parents struggle to make sure the family had a roof above their heads. She understood from a young age what a big sacrifice that was.

“I wanted to protect those families and make sure there was actual fairness and equality instead of them being judged by stereotypes and imbalances of power,” she said.

Aboushi’s political education began at the Muslim Democratic Club of New York, where she had been a member since its founding in 2013. Five years later, she served as its president. She found purpose, she said, in galvanizing Muslims’ civic engagement and pushing for a greater voice for the community.

Mohammad Khan, the current president of MDCNY, described Aboushi as unafraid to stand up to people in power. “I’ve seen that through her work as a civil rights attorney, specifically in cases involving the New York Police Department,” he said.

“When other elected officials receive pushback from organizations like the NYPD or the Police Benevolent Association, they very quickly change their positions,” he said. “I don’t see Tahanie doing that.”

Aboushi is more than a street fighter, however: Supporters say she can be depended on to work the political levers and make subtle policy distinctions. Khan said Aboushi was instrumental in sorting out MDCNY’s endorsements in last year’s state elections. “Her leadership was key to shepherding us through that process,” he said.

Her political skill and her personal experience, Sarsour said, will make Aboushi a force on the issue of inequality in incarceration, and a model for Muslims who want to make change themselves.

“To see someone from our community carry the mantle of decarceration, of second and third and fourth chances for people — someone who believes that cages don’t rehabilitate people — is incredible,” said Sarsour.

“As a Muslim,” she added, “I always say to people, ‘Don’t tell people about Islam, show people Islam.’ And Tahanie manifests that for me every day.” 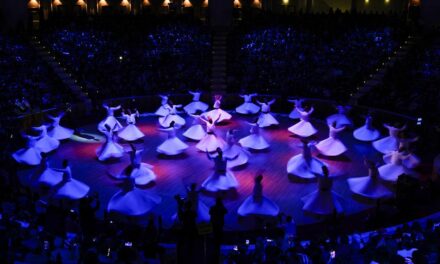