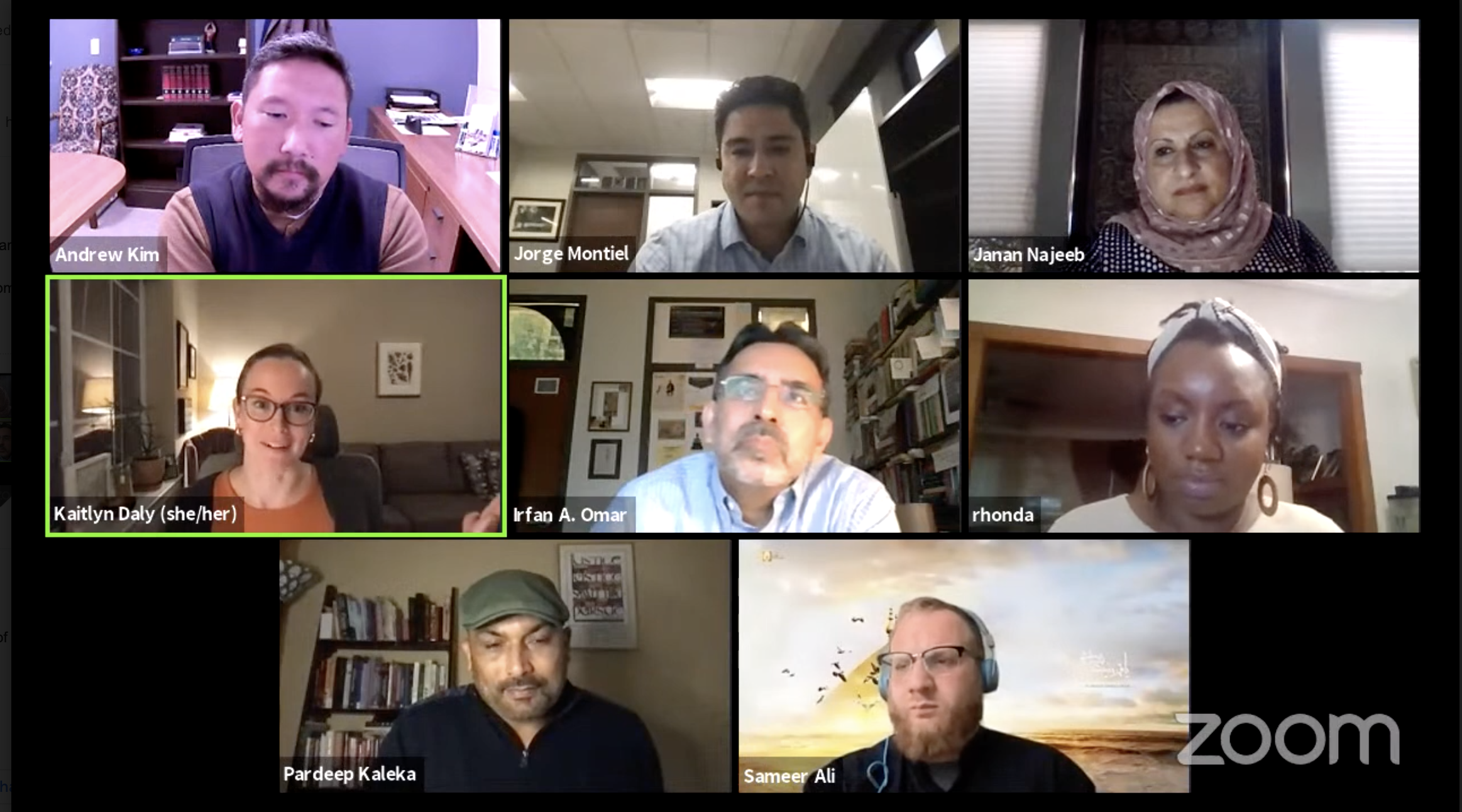 Many faiths share much in common, teaching “compassion, love, humility, service to the poor and needy” and “sincere reverence to God and a higher power,” Interfaith Conference of Greater Milwaukee Executive Director Pardeep Kaleka told an online audience Thursday.

Some also “share similar doctrines, traditions and key figures. There is no place where this is clearer than when we look at the religions Judaism, Christianity and Islam.” The followers of these three faiths are called “People of the Book,” he added, “because they share a common heritage and belief in the same God.”

Kaleka made these remarks in introducing the second of four programs hosted at Marquette University this academic year that bring together humanities experts, religious leaders and community members to explore the transformative teachings and practices within Islam and Christianity.

Members of the panel were Janan Najeeb, founder and president of the Milwaukee Muslim Women’s Coalition; Rhonda Hill, director and co-founder of Race and Faith; Kaitlyn Daly, a Duke University Ph.D. student and co-editor of Interfaith Engagement in Milwaukee; Irfan A. Omar, MU Associate Professor of Islamic and Interfaith Studies, and an author and editor of numerous academic works on Islam and interfaith engagement; Andrew Kim, director of MU’s Center for the Advancement of the Humanities and MU associate professor of theology and author of multiple research works on the theology of addiction and recovery, virtue ethics and just war theory; Sameer Ali, an imam in Milwaukee’s Shia Muslim community, MU’s Muslim chaplain and a chaplain in hospice service. Kaleka served as moderator.

The topic “bridges or barriers” used in Thursday’s discussion is based on a framework of inquiry used by Dr. Rita George Tvrtkovic, a professor of Benedictine University in Lisle, Illinois, who was recently appointed by Pope Francis as a consultor for the Pontifical Council for Interreligious Dialogue. In her book, Christians, Muslims and Mary: A History (2018), “she compares Christian and Muslim views on Mary at different times and different places,” Dr. Irfan Omar said. “We thought that would be a good way to look at the other figures we are considering.”

Two people, one Muslim and one Christian, discussed Hajar, Miriam and Ibrahim. Then the entire panel discussed Isa.

Hajar/Hagar: A lesson of agency and faith

Dr. Irfan Omar explained that although Hajar lived long before the time of Prophet Muhammad, she is seen as an important spiritual figure in the Islamic tradition. The hadith recounting her experience of being taken by Ibrahim with their infant son Ismail to Mecca and left there is a story remembered by Muslims everywhere. The account of her response to that situation is a “teaching story” that shows her “agency and faith,” he said. It is commemorated every year by every Muslim who goes on the annual pilgrimage to Mecca, the hajj.

Quoting a translation by Father Thomas Michel, a Jesuit scholar of Islam, of the hadith of Hajar’s struggles, Omar continued, “In those days, there was nobody in Mecca, nor was there any water.” Ibrahim made Hajar sit down and he began to walk away.

Hajar asked, “‘Ibrahim, where are you going, leaving us in this valley with nothing?’ … Then, she asked him, ‘Has God ordered you to do this?’

“When Ibrahim answered, ‘Yes,’ Hajar said, ‘Then God will not neglect us.’

“Hajar’s strong faith in God enabled her to exercise her agency. She did not remain passive or accept defeat. Instead, she ran up the surrounding hills hoping to find a passing caravan to give them water. Her actions are imitated by the pilgrims to Mecca, who run up and down the hills seven times as part of their hajj. The angel Gabriel comes and stomps his foot, then water rushes out, saving them.

“So what is the moral of this story?” Omar asked. “When Hajar learned Ibrahim was acting in obedience to God, she responded with faith and trusted divine wisdom. She did not just pray for a miracle and remain sitting in one place … She animated her faith through action … to preserve life.”

She acted with humility, piety, agency and critique,” he said. “Her questioning Ibrahim wasn’t a simple question. It was a critique.”

Omar said he believes the story of Hajar deserves more prominence. “If we see Hajar in this light, we can also see her face in the faces of the refugees and the migrants of today, especially the women and the marginalized who despite their struggles strive to preserve life and dignity.”

Kaitlyn Daly said the lesson of Hagar’s story, in Genesis, between chapters 16 and 21, is that God sees us. He is the God who sees the oppressed. Quoting Presbyterian minister Jacqui Lewis, she said, God sees the homeless, the degraded, the dying woman. As a result, God’s love calls us to broaden our own understanding of the in-group and out-group and to consider social justice concerns.

Miriam/Mary: A central figure in both faiths

“Every Muslim is taught from a young age to revere and love Mary and her son Jesus, and to believe in the miraculous virgin birth,” said Janan Najeeb. She noted that Mary is the only woman mentioned by name in the Qur’an and that her name is mentioned 34 times.

“Mary is revered not just as the mother of Jesus but as a luminary in her own right.” She is recognized as a “muslim” with a lower case “m,” meaning “one who submits their total life to the will of God,” Najeeb said.

Explaining the Catholic perspective, Dr. Andrew Kim said Mary was also conceived like Jesus “without original sin,” and “called to a profound purpose in the divine plan.

“One main takeaway that Mary brings to those who are suffering is the feeling of being divinely loved,” Kim said, citing Luke, Chapter 1, verses 46-55.

Rhonda Hill said Abraham’s “radical yes” to God when called to leave Hagar and Ishmael and to sacrifice his son Issac impressed her. But she was even more moved by “God’s radical yes” to us, she said.

She discussed the concept of being “saved by grace. You can’t perform enough good works to be accepted. We are accepted by God’s grace,” she said. Abraham was able to enter into a covenant with God, “not because he did everything right, but because of God’s radical yes to making a relationship with us.”

Chaplain Sameer Ali highlighted the “sacred land” and “sacred space” of Ibrahim’s story. “God has given us a shared space to talk about the rights of all human beings.

“The end result should be an honoring of what our fellow human beings believe and to build bridges for accepting each other.”

“Jesus takes the cake when it comes to the popularity of all these people we are discussing,” Omar said. “We need a separate program to discuss Jesus,” he joked.

And, indeed, an hour of stimulating and engaging discussion on the other figures was followed by 45 minutes of talking about Isa (Jesus). Numerous points of agreement and difference emerged. All agreed there is much to be learned and through sharing everyone’s understanding is enriched.

Inspired by the original Muslim-Christian dialogues held in Milwaukee over four decades ago, an interdisciplinary team at Marquette University won a grant from the Wisconsin Humanities Council to bring together humanities experts, religious leaders and community members to continue interfaith conversations in four programs hosted at MU. Each aims to deepen the community’s understanding of how to examine and use faith and knowledge to promote the common good.

“By exploring lessons drawn from the group’s historical role, our conversations will allow for reflection about new models of engagement between community and interfaith groups that pursue religious and social commitments during and in the aftermath of COVID 19,” Kim explained. “This project considers how challenges to communities related to the pandemic have been addressed by interfaith partners and aims to deepen understanding about how communities can promote nonviolence, peacemaking, forgiveness and justice. 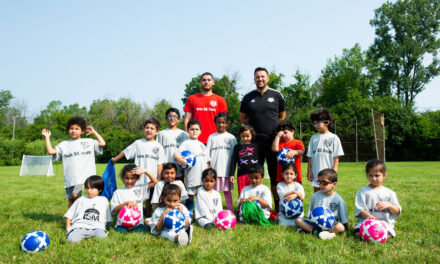 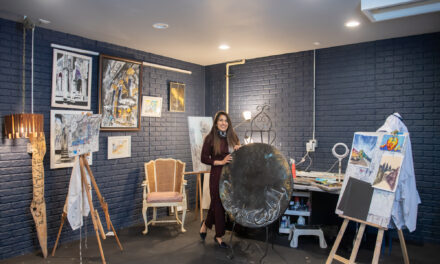