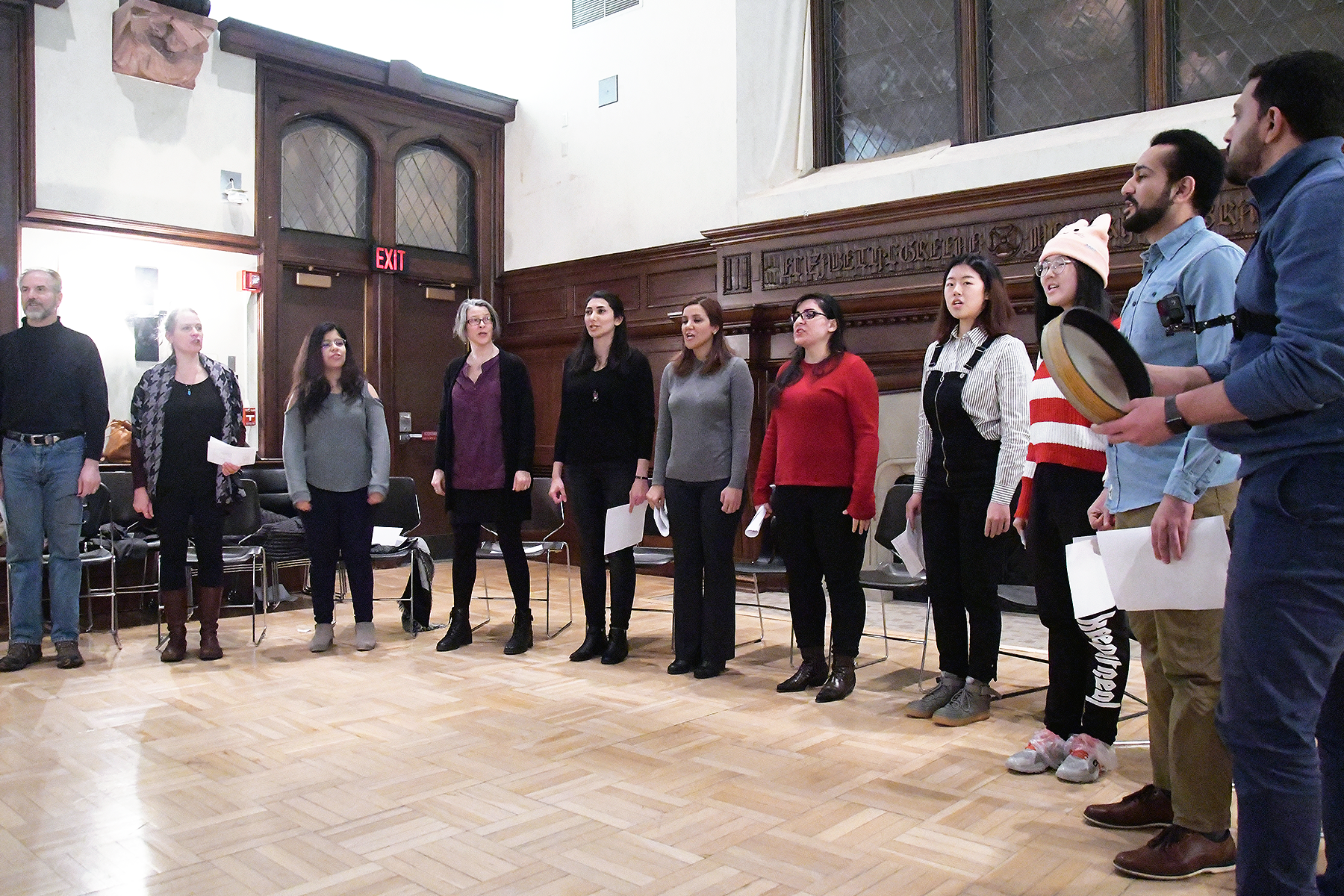 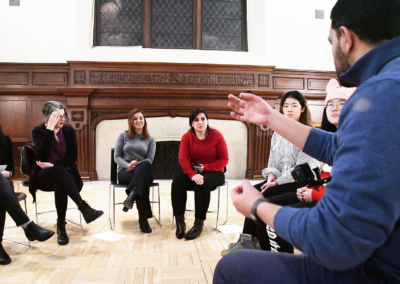 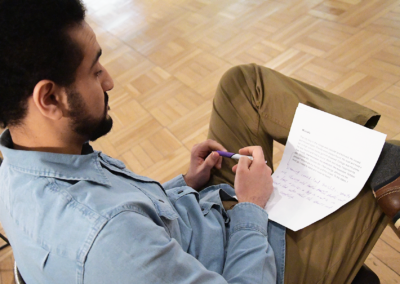 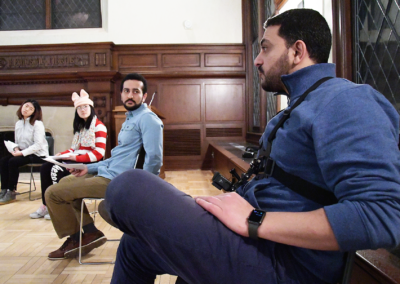 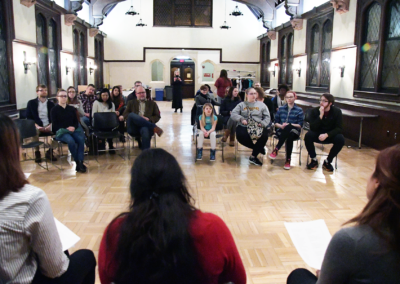 The description says, “The Choir Project invites people from all walks of life to put their hopes and concerns, their feelings and thoughts, their jokes and woes into song. A week-long workshop of communal improvisation, lyric-writing, and composition culminates in a short performance — with often surprising results.”

Dr. Caroline Seymour-Jorn, UW-Milwaukee Associate Professor of Comparative Literature and Arabic Translation as well as Director of Global and International Studies, is one of the organizers of this event, as a researcher with the Muslim Milwaukee Project Collaboratory, she shared her thoughts with the Wisconsin Muslim Journal.

Wisconsin Muslim Journal: What is the Muslim Milwaukee project Collaboratory and who founded it, what motivated you and the other two professors to lead this initiative?

Seymour-Jorn: The Muslim Milwaukee Project was initiated by leaders at the Islamic Da’wa Center who wanted to know more about the Muslim community in the city in order to better serve the community, and to improve general knowledge of the Muslim aspect of ethnic and religious diversity in Milwaukee. They contacted us (Anna Mansson McGinty, Caroline Seymour-Jorn and Kristin Sziarto) at the University and the project was born. We were interested in helping Muslim leaders learn about the community and we also were interested in doing ethnographic research in the community to understand how Muslims experience Milwaukee.

Formally titled The Muslim Milwaukee Project–a collaboration with Sunni Muslim Leaders, the project was multi-staged. The first stage began in 2011 with the distribution of a household survey at local mosques and other Muslim and ethnic organizations. We learned a great deal about the community from this survey and from a later, individual survey. We have collaborated with Enaya Othman at Marquette University to learn more about Muslim women’s history and issues in the area, have interviewed many Muslim leaders in the community, and we are now having focus groups with Muslim youth in order to understand the nature of Muslim youth experience in the city. Our intent is to bring forward a variety of Muslim voices in the community to help understand the community, its needs and accomplishments.

Wisconsin Muslim Journal: Explain the Choir Project and why you decided to bring it to UWM?

Seymour-Jorn: Our project brought musician and theater director Salam Yousry from Cairo, Egypt for an event in March 2019.

Yousry runs the Egyptian Choir Project, in which he gets together a group of interested individuals and the group collaboratively writes music and lyrics about a topic or topics of interest. Then they have a performance open to the public. The topic can be anything the group decides upon, cultural, artistic, political or other.

The Choir Project began in 2010 has since then run workshops and held performances throughout Egypt and Europe, and its participants number in the thousands. Its director, Salam Yousry and its members have seen not only the revolution of 2011 and incidents of extreme government violence such as the 2011 Maspero Massacre, but continuing street protests, clashes between supporters of the Muslim Brotherhood, other religious and secularist parties and government forces, three presidents, significant constitutional changes, an Islamist insurgency in the Sinai desert, and a number of terrorist attacks of varying size and impact. Throughout these years, the choir has been an ongoing site for creative expression, social and political commentary and resistance.

On UW-Milwaukee’s campus, Yousry held a week of workshops with UWM students, staff and faculty focusing on the life stories of the diverse participants. Then we had a performance in which we sang collaboratively created songs.

Wisconsin Muslim Journal: Did you find a lot of interest on campus for this type of project, was there any resistance?

Seymour-Jorn: We found a nice group of diverse students, staff and community members to take part and there was no resistance. Many of the participants were international, from places like Iran and China, as well as the U.S.

Wisconsin Muslim Journal: Recently there was a massacre of 51 Muslims in New Zealand by a white nationalist terrorist.  Do you think the Choir Project is helpful in dispelling stereotypes?

Seymour-Jorn: Yes, because it tells the stories of diverse groups of people in a compelling way. It asks both members and the audience to suspend judgement and to get to know people from diverse backgrounds.

Wisconsin Muslim Journal: Tell us how the workshops were conducted leading up to the concert and how Salam Yousry trained and motivated the audience?

Seymour-Jorn: We met for 2-3 hours every evening for one week and we did a number of different exercises and games to get to know each other, and to develop a topic that we wanted to explore. We ended up creating songs about our life experiences and our final presentation was a combination of songs and poetic  narratives that we created about our lives. It was very rewarding because although we were all from different backgrounds, we had a lot in common and we enjoyed sharing powerful experiences in our lives.

Wisconsin Muslim Journal: How did you feel about the concert and what was the reaction of the participants and the audience?

Seymour-Jorn: We had a great experience! We heard from all of the participants that it was fun to perform and the audience was engaged and appreciative.

Seymour-Jorn: I wanted to add that the Choir Project event was a great example of collaboration from different units and bodies at UWM. Of course it is very expensive and time consuming to bring an artist from Egypt and host him for a week. Several entities at UWM contributed, The Muslim Milwaukee Project, The Global and International Studies Programs, The Center for 21st Century studies, the National resource Center grant through our Center for International Education, the Women’s Studies Program, and The Departments of French, Italian and Comparative Literature, Geography, and Anthropology. 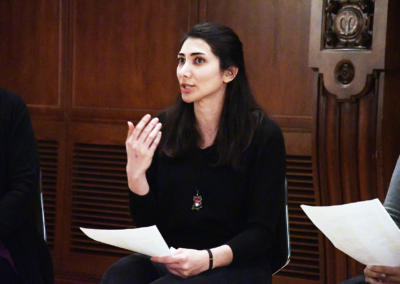 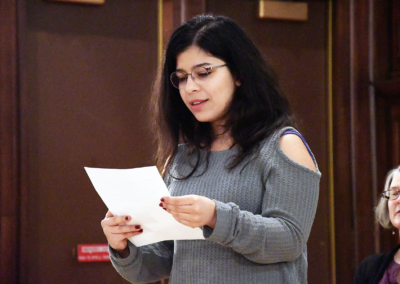 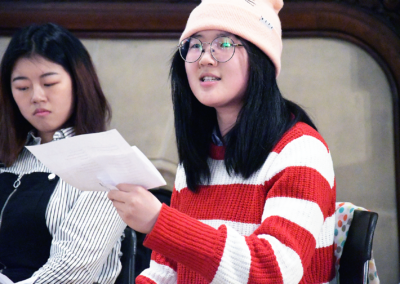 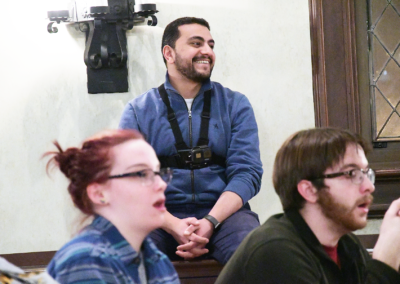 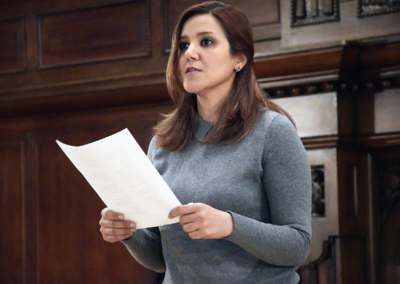 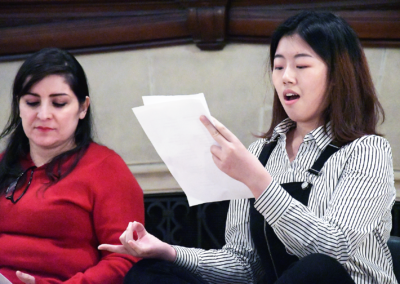 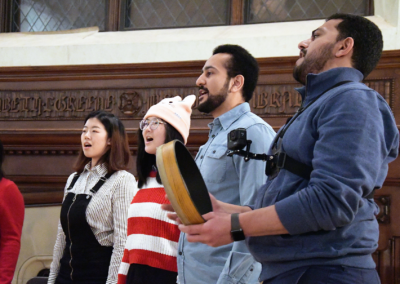 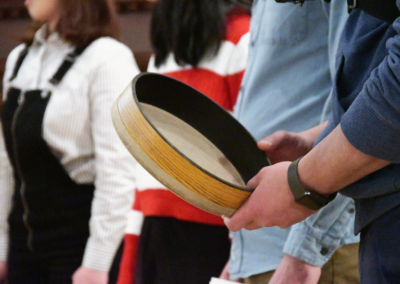 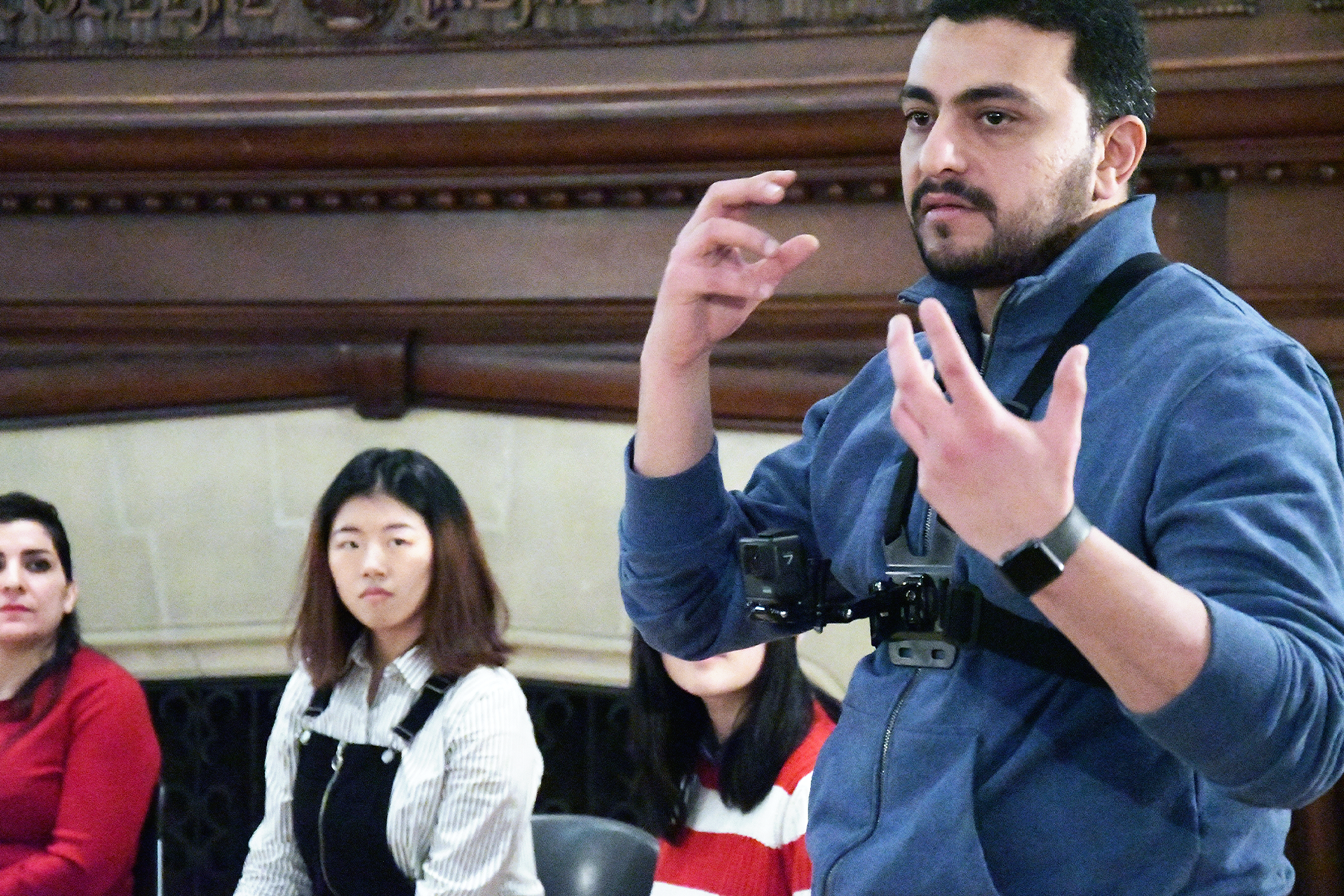 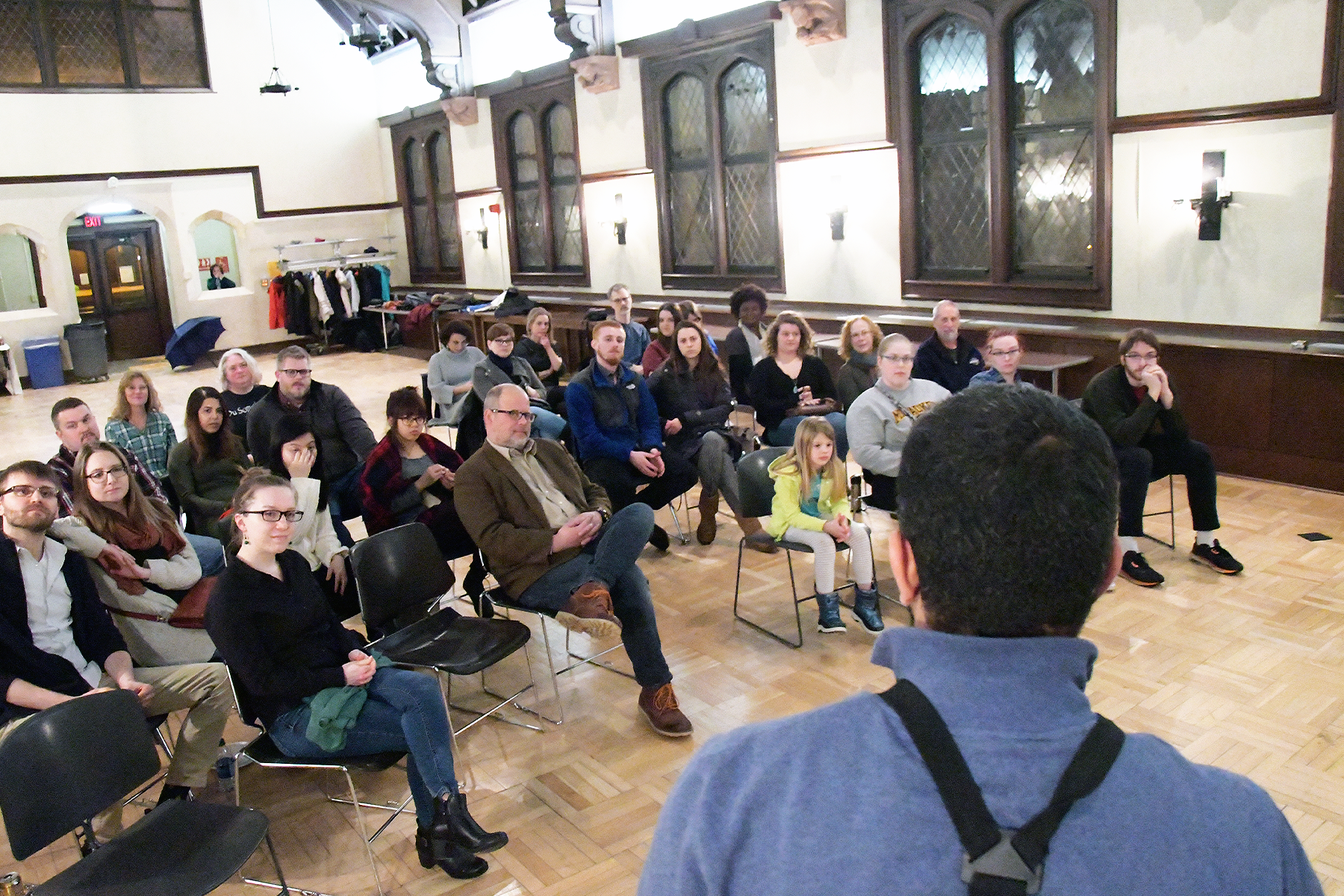 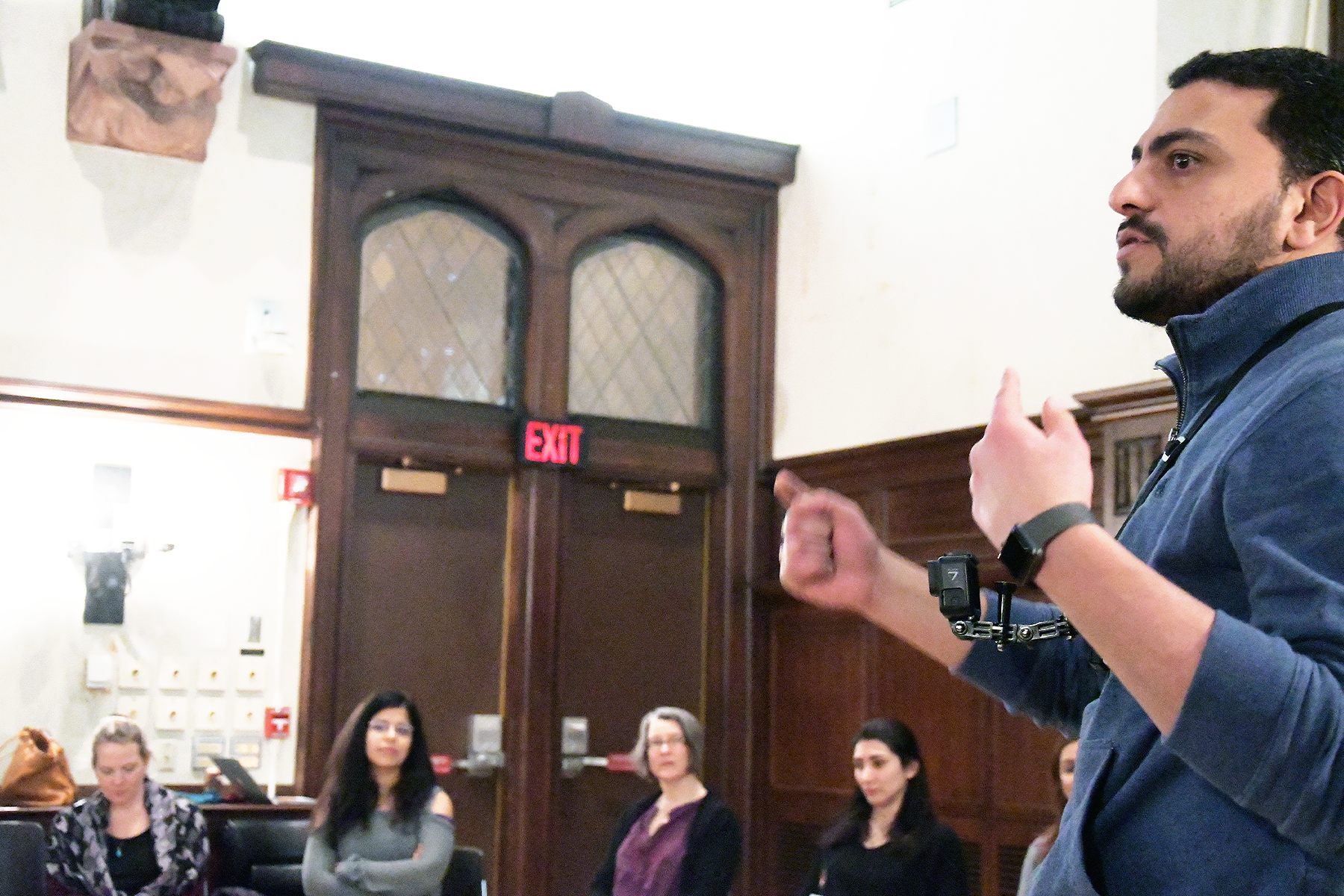 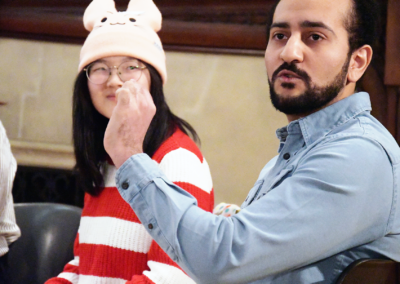 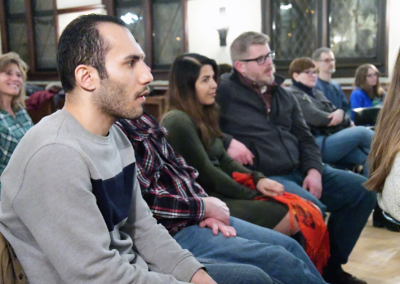 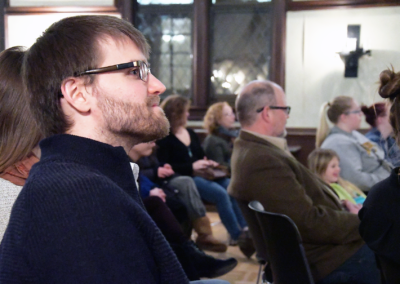 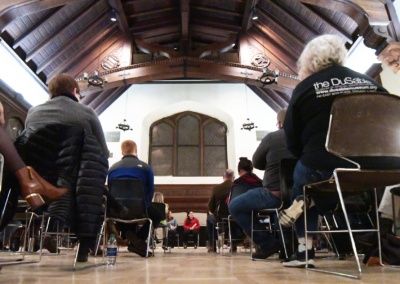 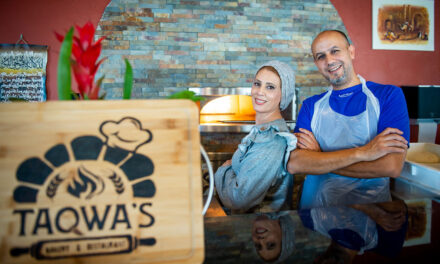 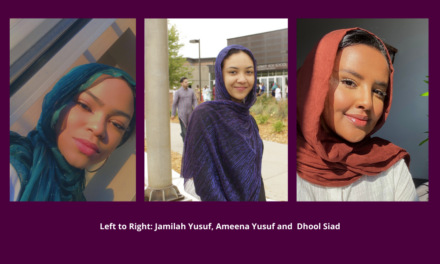 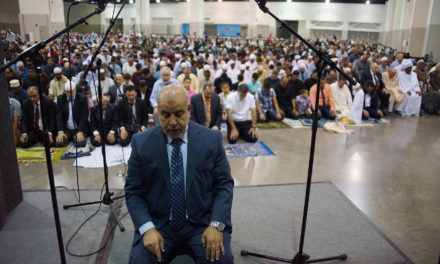