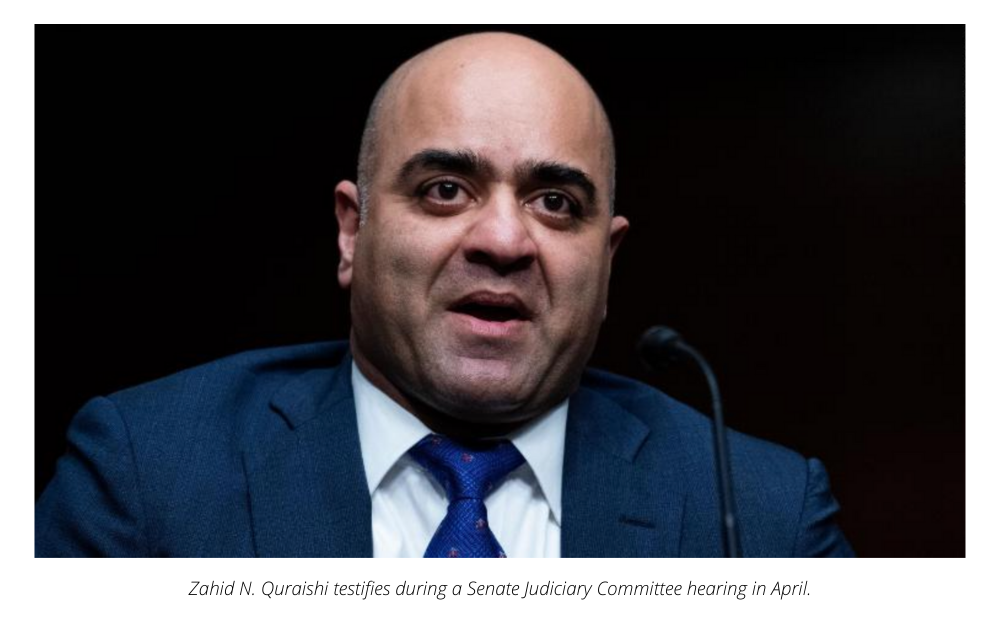 The Senate on Thursday voted to confirm Zahid Quraishi to be a US District Judge for the District of New Jersey, making him the first Muslim American federal judge in US history.

“We must expand not only demographic diversity, but professional diversity, and I know that President Biden agrees with me on this, and this will be something that I will set out to do,” Schumer said, noting how Quraishi is a “powerful” example of this.

Prior to his confirmation, Quraishi has been serving as a United States magistrate judge in New Jersey. According to his biography, he is of Pakistani ancestry and has the distinction of being the first Asian-American to serve on the federal bench in New Jersey.

Democratic Sen. Dick Durbin said in floor remarks on Thursday that Quraishi has “had an amazing public service career,” and noted that he is “the son of Pakistani immigrants.”

In March, when Biden announced his intention to nominate Quraishi, the White House said he “served as an Assistant U.S. Attorney in the U.S. Attorney’s Office for the District of New Jersey from 2008 to 2013. Prior to joining the U.S. Attorney’s office, Judge Quraishi served as an assistant chief counsel at the U.S. Department of Homeland Security. He also served as a military prosecutor and achieved the rank of Captain in the U.S. Army Judge Advocate General’s Corps, deploying to Iraq in support of Operation Iraqi Freedom in 2004 and 2006.”