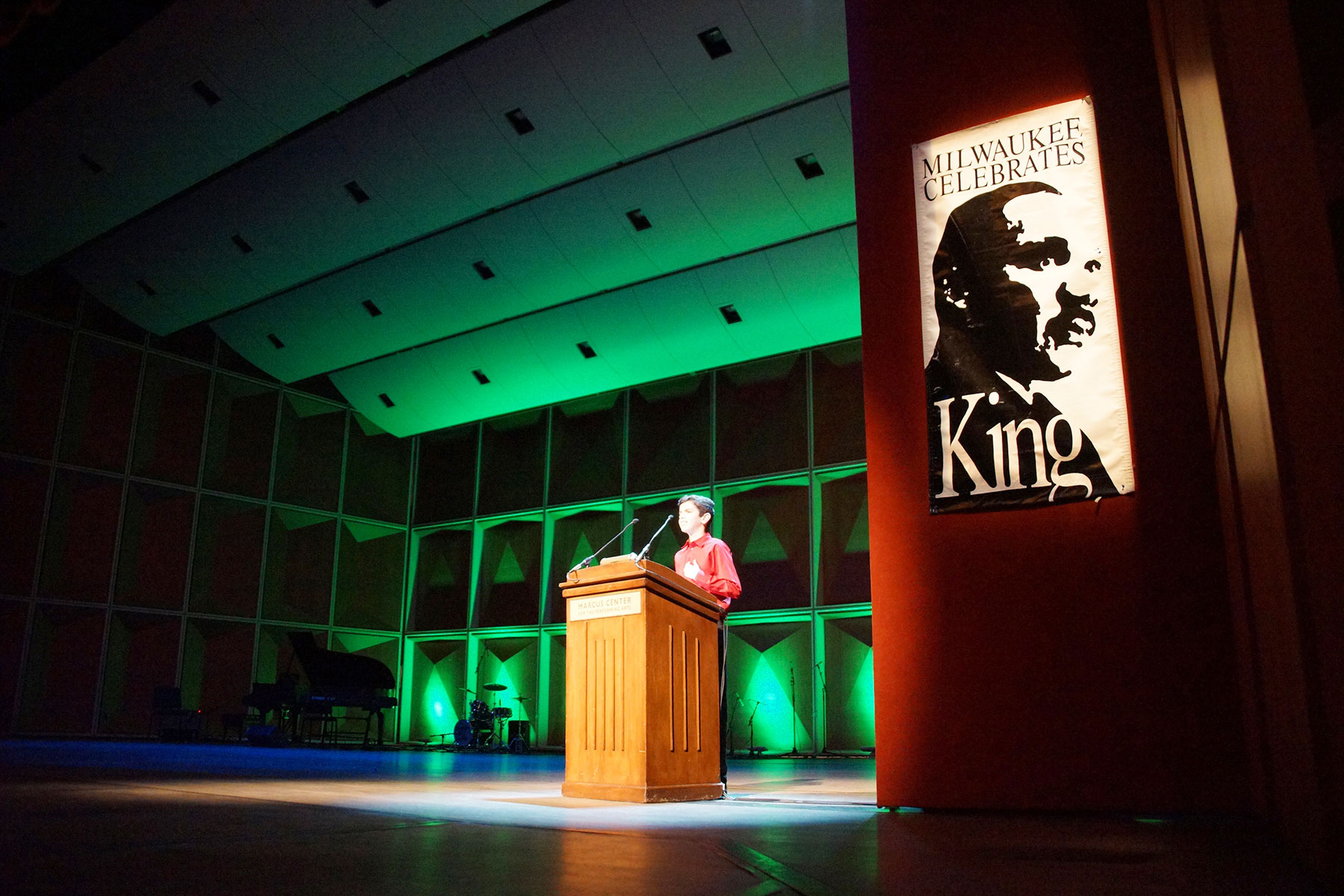 Milwaukee youth honored the life, legacy, and example of the great Civil Rights leader Dr. Martin Luther King, Jr. during the 34th annual celebration of his birthday at the Marcus Center for the Performing Arts.

The theme for 2018 was “Take a Stand for Truth and Justice,” which was a quotation taken from words Dr. King spoke in 1967. A half century later, they remain just as important and relevant as when he originally said them.

Among the winners of the art, writing, and speech contest for 2018 were four students from Salam School: Amani Omari, Fadli Abdirahman, Ayah Amer, and Ameen Atta.

Each expressed a commitment to Dr. King’s mission, either through words or images. The youth shared personal experiences of discrimination due to their faith or skin color. They also challenged the audience of more than a thousand who attended the event to make a stand each day in creating a better world for everyone to live.

The winning entries are presented here as a witness to the Salam students courage, and as a reminder of their wish in seeing a future that MLK dreamed of that has yet to be realized in Milwaukee or the nation. 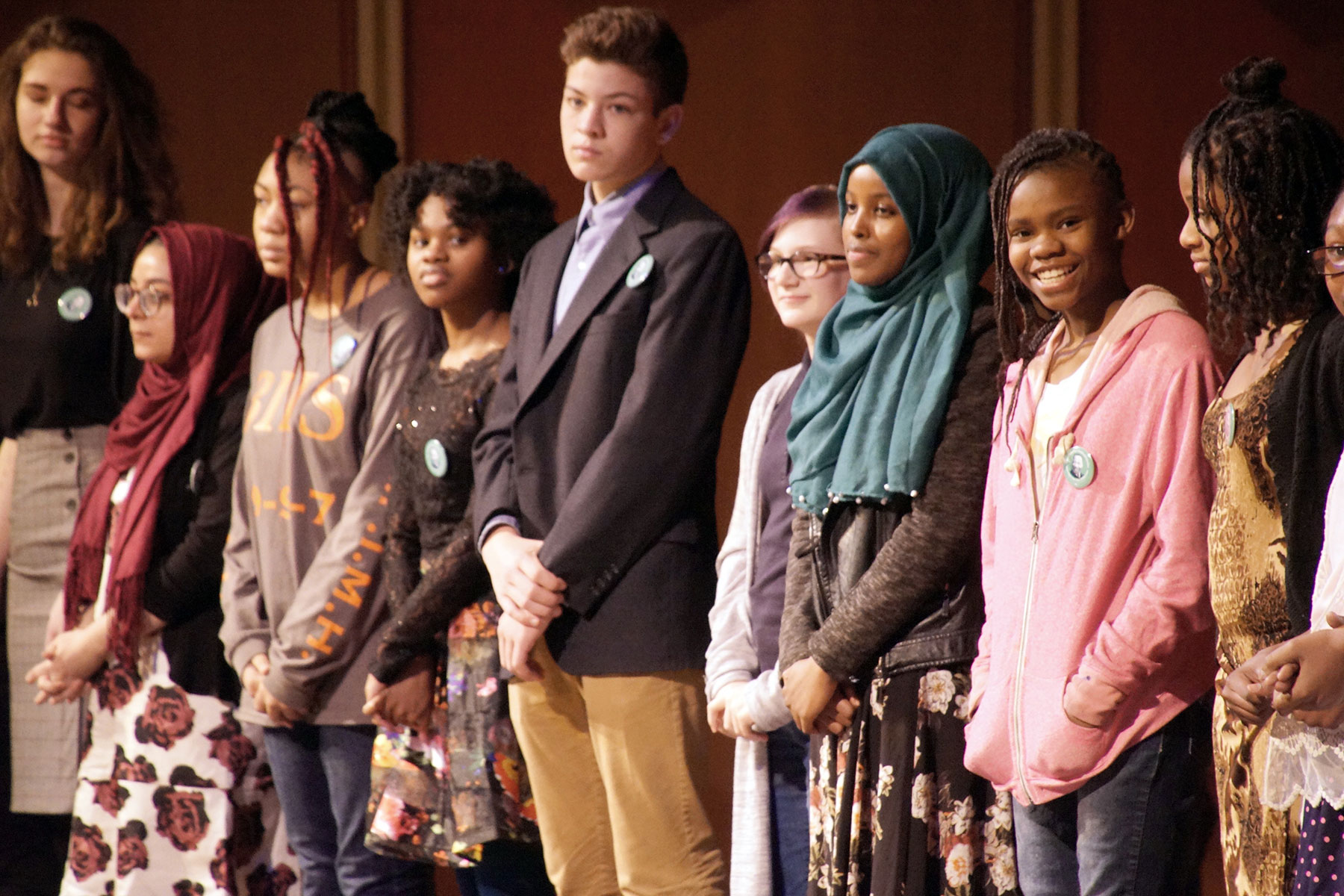 Liberty and Justice for All

It is easy to simply comply to what is expected of you. It is easy to stay silent. You will face no repercussions, nor will you be shunned. However, there’s no good in staying quiet. Injustice did not end with the Civil War, nor did it end with Martin Luther King, Jr. Truth and justice are not always upheld in society. It falls upon our shoulders to preserve these principles, especially if those being denied them are unable to defend themselves.

2017 has seen an increase in anti-immigration support. The Muslim Ban and the potential DACA repeal represent the unjust belief of many Americans: different people do not belong here. The leaders of these campaigns play on the fears of Americans, spreading fallacies regarding the characteristics of different groups of people as “terrorists” or “thugs.” Many of those being discriminated against are too afraid to demand their civil rights, believing that speaking up would strip them of the few rights they actually receive.

My Jordanian born parents immigrated to the United States in pursuit of a better standard of living. The United States did not disappoint. Compared to Kufr Asad, Jordan, Milwaukee is a utopian dream. However, just because we’re living in a greater society does not mean that we do not have to strive for its betterment. America should not compare itself to nations it has surpassed in human rights, rather, i should aim to become among the ranks of nations with superior values. Nordic countries typically rank the highest in international indexes regarding justice systems, gender gaps, and overall quality of life. If we stand up for truth and justice, we will only be positively contributing to our nation, despite what others may believe.

Our friends and families should not be afraid. They are not criminals or barbarians, and how they’re being treated should reflect that. We must speak up. We have the right to free speech. We need to use it. We must rally together and protest against injustice. The United States of America is a republic; we elect those we wish to represent our stances on national issues, therefore, we must call our representatives and implore them to maintain the American ideal of “liberty and justice for all.”

Stand by the Truth

Standing up for the truth and seeking justice is a big deal in our household. I may not have experienced injustice in m life, but m mother did, and she taught me one or two things about injustice in this world. Even though this world puts a perfect picture of fairness, most people are living in nightmares they can’t escape unless someone stronger than the oppressors intervene, and stand for justice either physically or by their words such as Martin Luther King.

Where my mom grew up in Somalia, girls were not sent to school to get educated because it was believed to be a waste of time and money while boys were educated. However, my mom fought against all odds and she sent herself to school and learned how to read and write. She later immigrated to the US, graduated high school and college. She still believes that equality is an important right to everyone.

As a child my first encounter of injustice was when my mom was bringing us to America, and I didn’t see it as a big deal at the time, but the airport security guard came to us, and he told us to go to different place even though we were in line with other people. He put us in a room away from the people, and he asked my mom if he could bodycheck us, even though we were minors. He asked if we as minors could go first for the bodycheck without even realizing that he was discriminating against us. However, my mom refused and stated that she will not allow anybody to violate her daughter’s privacy.

I did not realize, that day that my mother was fighting against injustice and discrimination simply because of the way we dressed and the scarfs on our heads (hijab) but my 13 year old mind understands that today. I heavily feel that no matter what age, race or gender if we do not stand up for each other and protect each other, then standing up for truth and justice wouldn’t prioritize in the human mind.

I was living in this world for over 13 years and I can proudly say that the person that saved me from unfairness and Took a Stand for Truth and Justice, for her famly and protected every corner of our household from the colorless society is my believe, beautiful mom. I know standing up for the truth is never easy, and people will tr to put you down for your opinions, and to deny your rights, but we can stand y the truth and fight against injustice as Martin Luther King Jr. did. 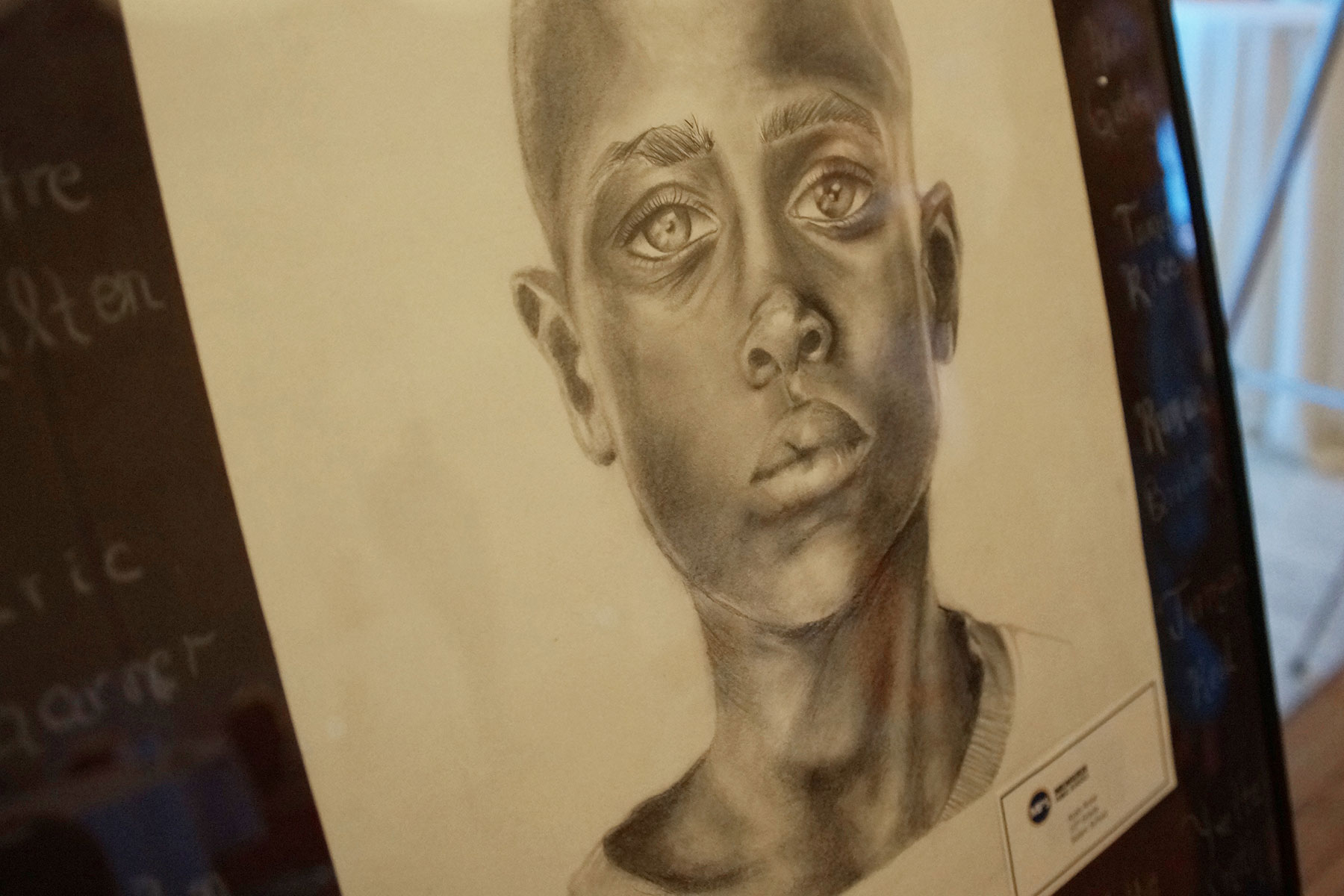 “For victims of police brutality”

The hand-drawn illustration of a black man was surrounded by the names of other black men who lost their lives as a result of abuse by law enforcement officials, including Freddie Gray, Tamir Rice, and Milwaukee’s Dontre Hamilton. 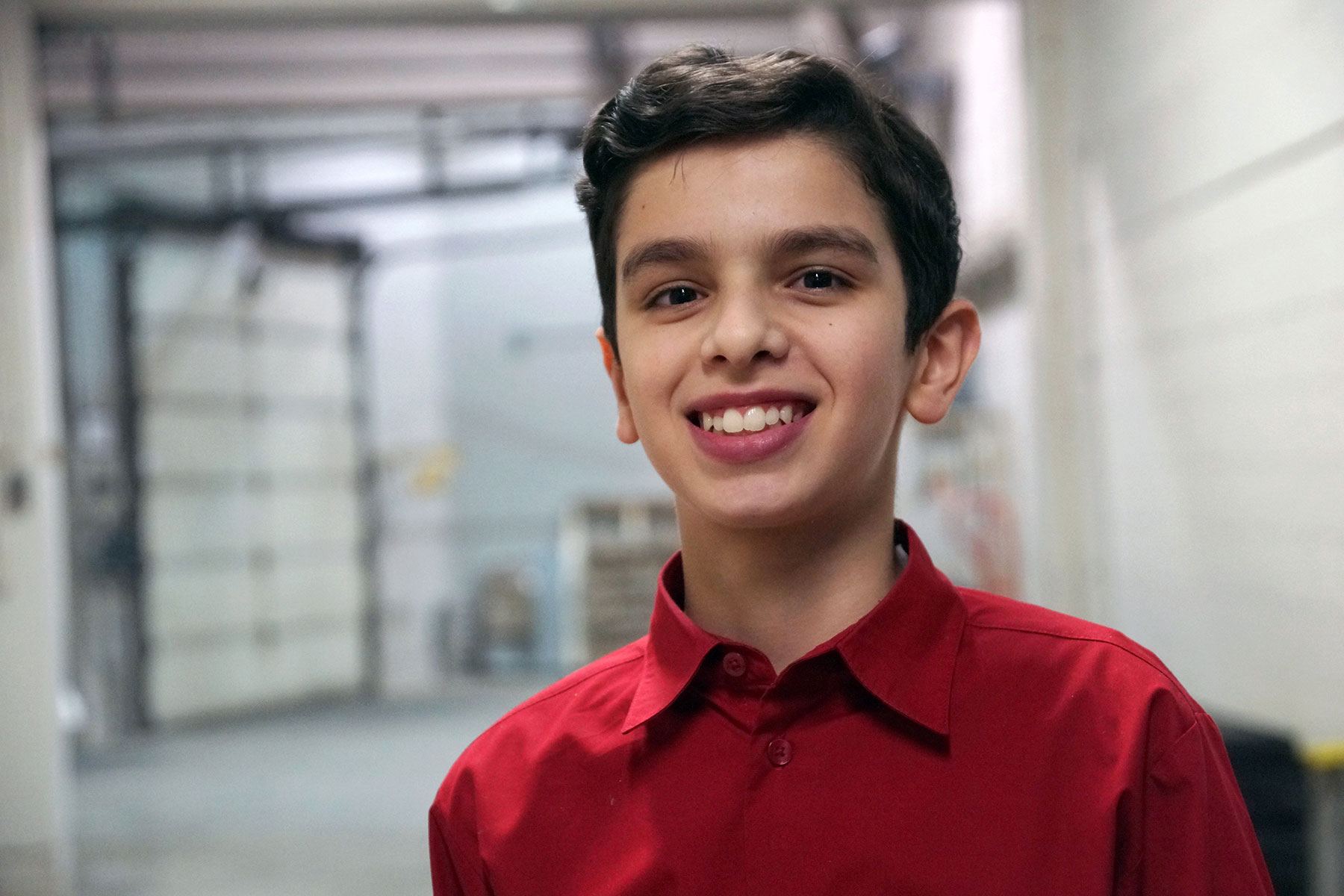 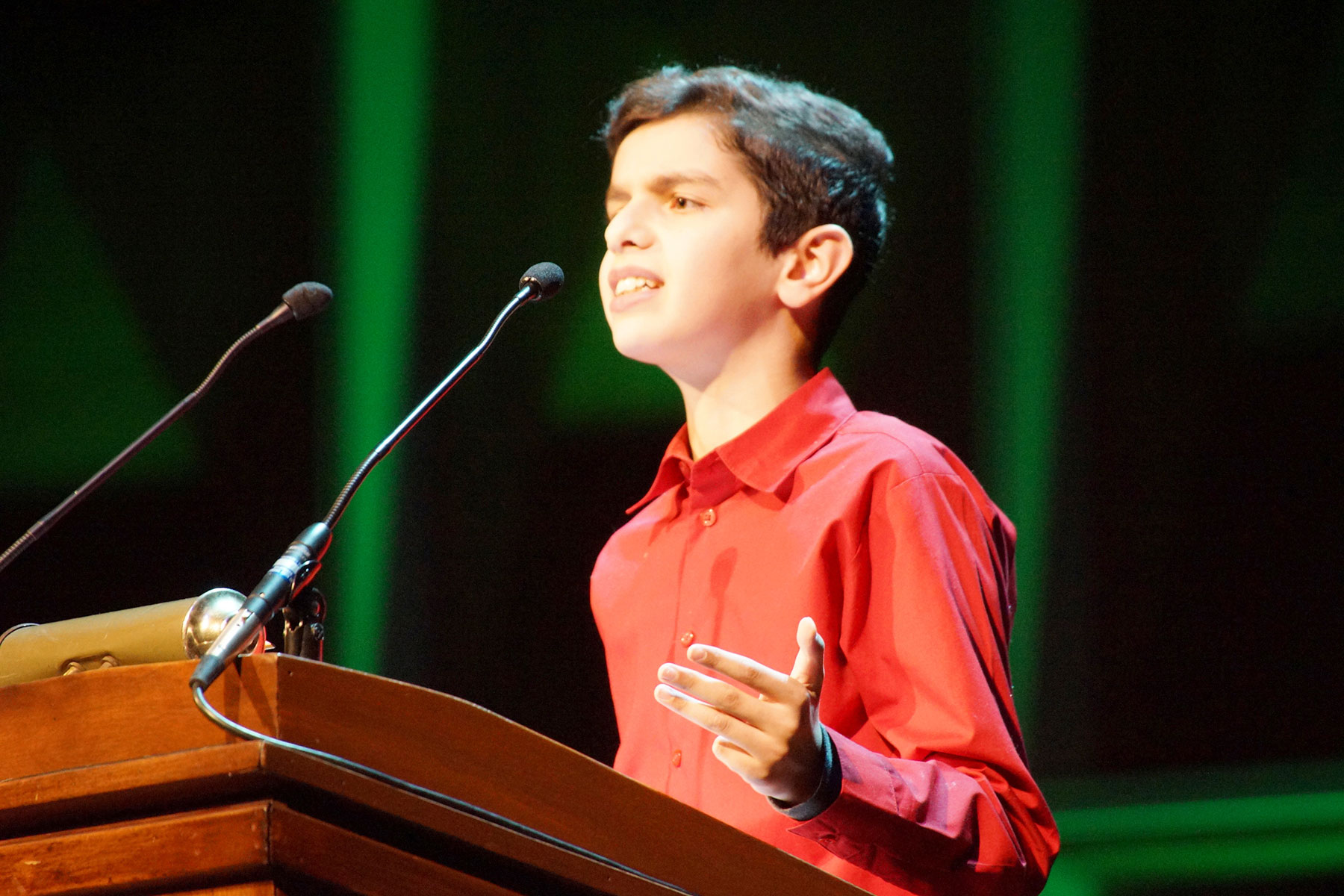 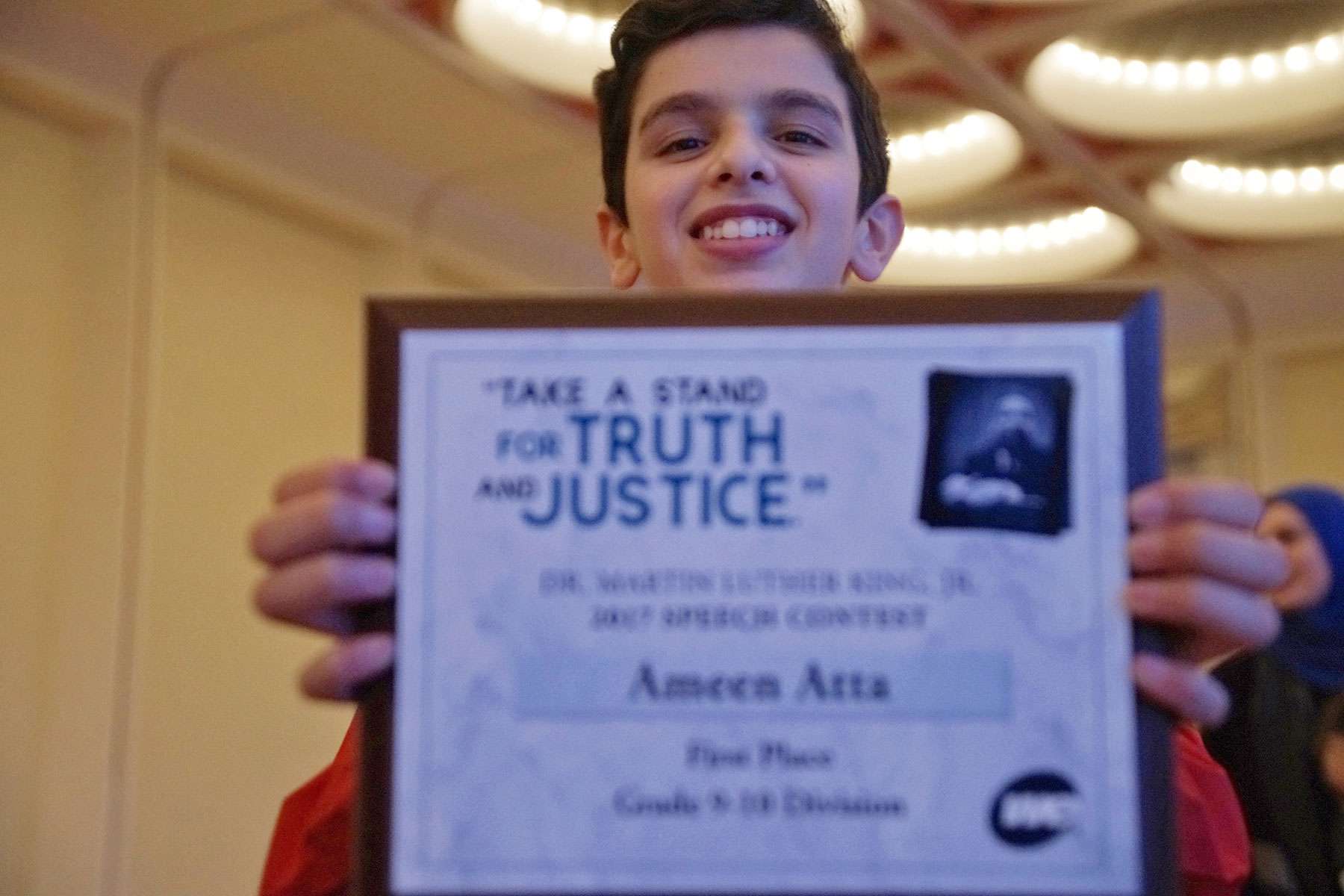 We all have a choice in how we live our lives. We can either be very passive and apathetic towards things that are wrong around us, or we can follow Dr. Martin Luther King Jr’s advice, and “take a stand for truth and justice.” When Dr. King uttered these words in his famous 1956 speech, he encouraged us to take a principled stand, even if the whole world is against us.

Why is taking a stand for truth and justice so important? The answer can be found in the famous statement by Edmund Burke, that “All that is necessary for evil to succeed is that good men do nothing.” If it were not for courageous people like Martin Luther King Jr., racist and discriminatory laws against African Americans would have continued to exist. Similarly, if it were not for brave women taking on powerful men like Harvey Weinstein, the culture of sexual assault in some segments of today’s society would not have been exposed.

We all have an obligation to stand up for truth and justice, regardless of who is being targeted. As a Muslim, I stand against ALL those who commit violent and senseless attacks, falsely associating them with Islam and Muslims. However, I must similarly condemn those who falsely claim that extremists represent those of my faith.

Standing up for justice means treating people of all races, religions, ethnicities, identities, and backgrounds in an equal manner. Standing up for justice means condemning intolerant remarks of elected officials who encourage or tolerate police brutality, insult women using degrading remarks, use ethnic slurs towards Hispanics and others, and who call for a ban against Muslims.

It is disgusting to hear the hateful remarks and proposals being promoted by “leaders” of our community. If it’s an African American, more cops! If it’s a Hispanic, build a wall! If it’s a Muslim, travel ban! But if it’s none of the above, even if the person happens to be the deadliest mass shooter in the history of our country, the only proposal is to “send thoughts and prayers to the victims”. Why? Why is there a different reaction and more severe consequences when it involves those of certain races and backgrounds? I believe, that the primary aspect of standing up for truth and justice, is the ability, to stand up for what’s right and what’s wrong in EVERY scenario.

A 2017 study by a California senate leader found that since 2008, attacks by right-wing extremist groups have outnumbered attacks by those claiming to be Muslim 2 to 1. This study reaffirms that every segment of society has it’s good and it’s bad. Judging must not be based on one’s appearance or background, but rather, solely, on one’s actions. And the only way we can do that is to have a common standard that applies to all. Because all of us have a responsibility to stand up for truth and justice so that we can overcome the current divisions in our society. It is the many divisions among ourselves that separate us. But if we unite, then we will be able to have a fair and just system, that respects our differences, and celebrates our diversity. 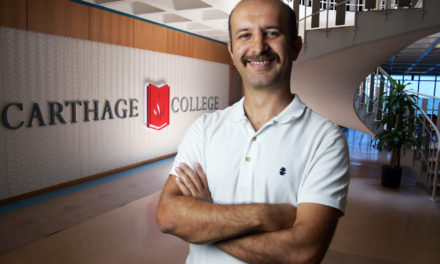 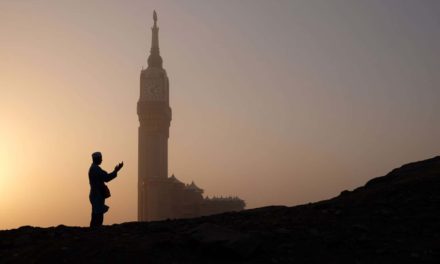 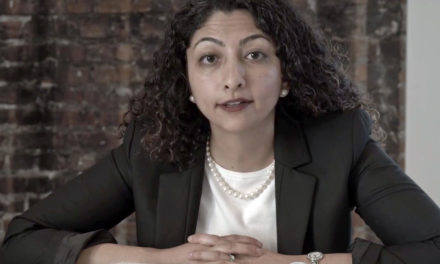