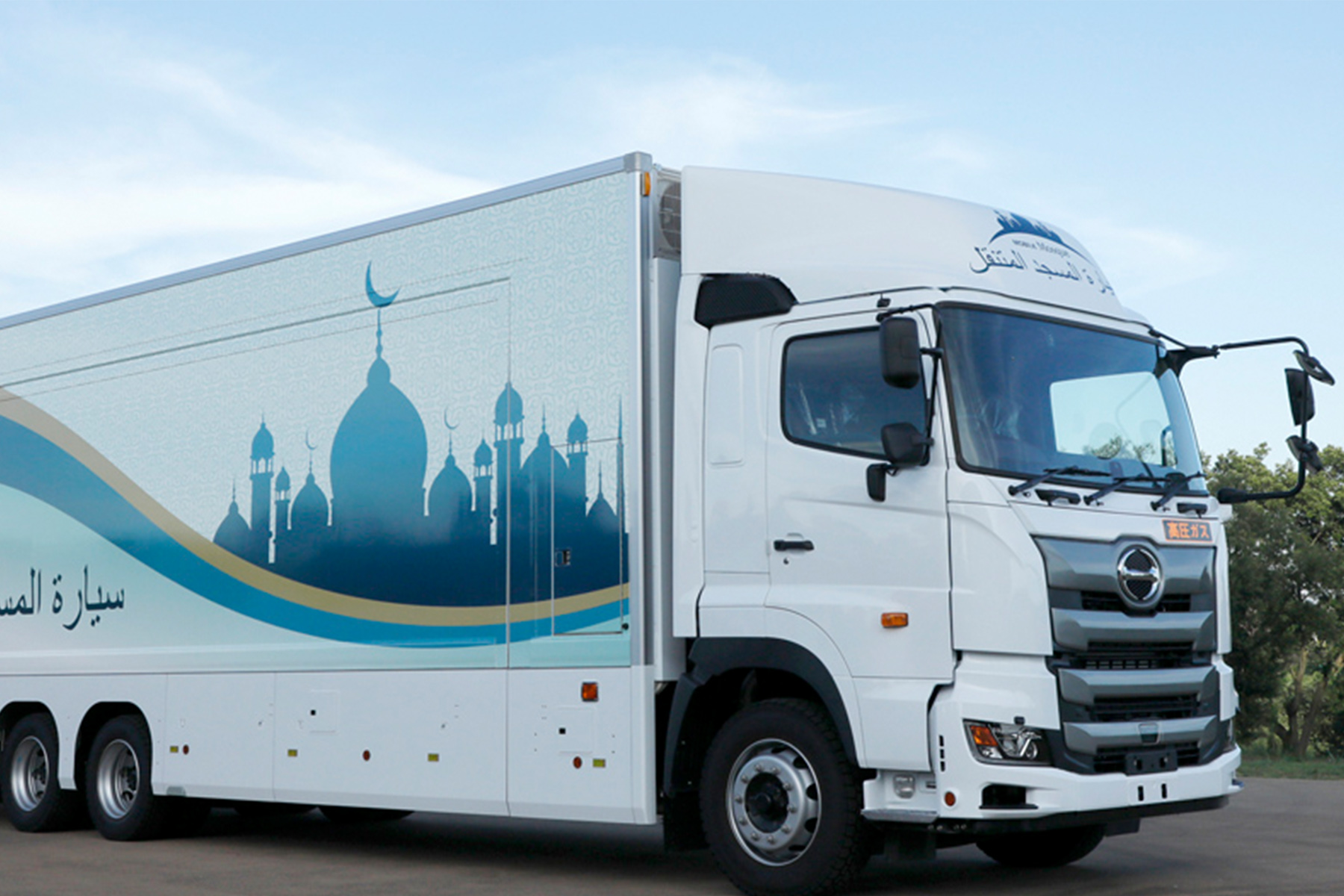 For the thousands of Muslim athletes, officials and supporters arriving in Tokyo for the Olympic Games later this year, it may be a struggle for them to find an appropriate place to pray.

The answer might just be found roaming the streets of Tokyo on the back of a truck.

By the time the Games start in July, there will be prayer rooms available at the currently under-construction athlete’s village. However, some venues may not have a designated space.

There is also a dearth of prayer spaces in hotels and public areas across the Japanese capital.

This is where the Mobile Mosque, a fully-equipped 48-square-metre prayer room that opens up on the back of a parked truck, comes in.

The back of the modified truck can be widened in seconds and the vehicle also includes Arabic signage and outdoor water taps for pre-worship cleaning.

The Yasu Project, the organisation behind the enterprise, plan on pitching up outside venues during the Olympics, which run from 24 July – 9 August.

The organisation’s CEO Yasuharu Inoue hopes athletes and supporters alike will use the truck.

“I hope it brings awareness that there are many different people in this world and to promote a non-discriminatory, peaceful Olympics and Paralympics.”

Tokyo 2020 said on Wednesday that they were looking at various avenues to provide appropriate facilities for all religious groups.

“The Organising Committee is preparing a list of religious or faiths centres that could be contacted or visited if requested by residents of the Villages during the Games,” Tokyo 2020 told Reuters in an email.

“In the Games’ venues, multi-faith prayer spaces for athletes and spectators are under consideration in venue operations planning.”

According to a investigation by Waseda University, there were 105 mosques in Japan at the end of 2018. But with these spread across the country and many of them small and on the outskirts of Tokyo, it may be difficult for Muslims who need to pray five times a day.

Inoue said he has already spoken to several Olympic committees, including most recently Indonesia, about helping their athletes.

Topan Rizki Utraden, an Indonesian who has lived in Japan for 12 years, came to the Mobile Mosque for the first time with his daughter.

He said it can be challenging to find a quiet place to pray in Japan, particularly outside Tokyo.

“It is really difficult to find mosques near your place,” said Utraden.

“If you are in the city there is no problem but if you take a road trip outside Tokyo it is difficult.

“Sometimes I pray in a park but sometimes the Japanese look at me like ‘what are you doing?’”