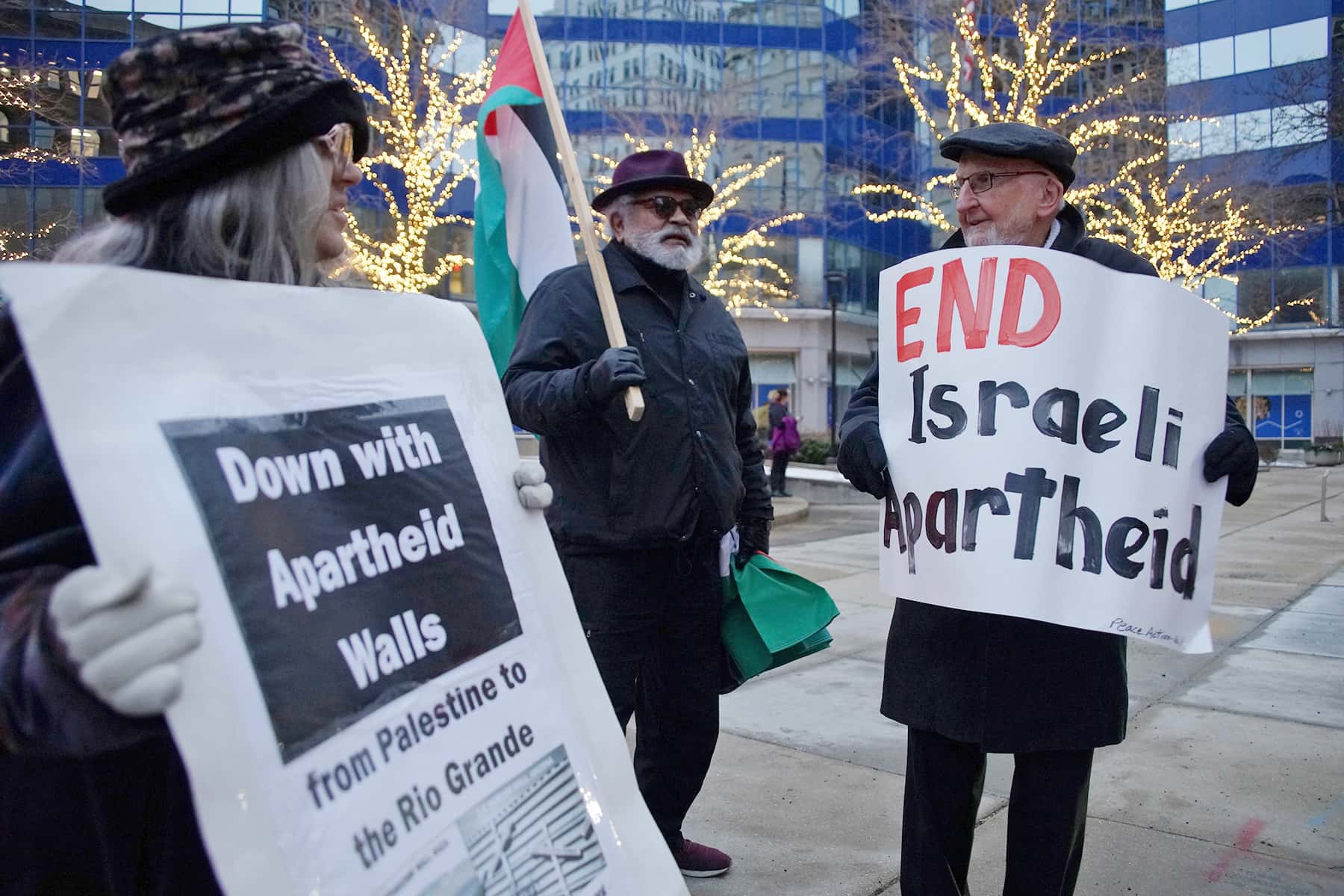 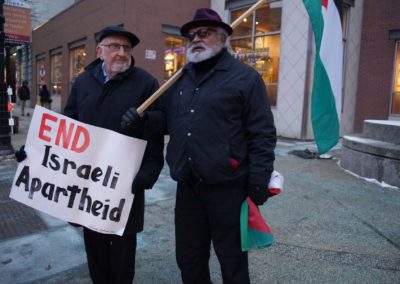 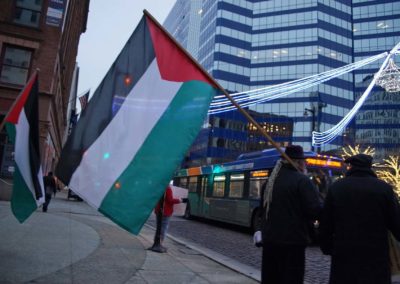 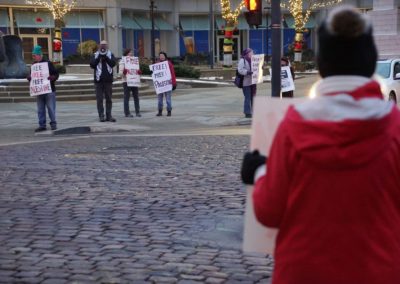 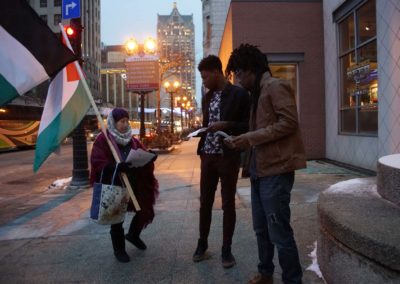 The annual observation by the United Nations of the International Day of Solidarity with the Palestinian people was held on November 29 in Milwaukee and around the world. Concerned citizens gathered at the Federal Building on 3rd Street and Wisconsin Avenue in downtown Milwaukee, asking the federal government to withdraw funding for Israel’s war on Palestinian families. Each year, $3 billion in taxpayer funds are provided to Israel for military weapons, which are used against the country of Palestine.

The International Day of Solidarity with the Palestinian People is observed by the United Nations on or around 29 November each year. The date was chosen because of its meaning and significance to the Palestinian people. On that day in 1947, the General Assembly adopted resolution 181 (II), which came to be known as the Partition Resolution. That resolution provided for the establishment in Palestine of a “Jewish State” and an “Arab State.” Of the two States to be created under that resolution, only one – Israel – ever came into being.

“I call on the leadership of Israel and the Palestinian Authority, to take bold steps and restore faith in the promise of Resolution 181 – partition of Palestine resolution, of two states living side-by-side in peace and security, fulfilling the legitimate national aspirations of both peoples, with borders based on the 1967 lines and Jerusalem as the capital of both states – East Jerusalem being the capital of the Palestinian state,” said Secretary-General Guterres. “It is the only way to achieve the inalienable rights of the Palestinian people. It is the only option for a comprehensive and just peace, and I call on the international community to intensify its engagement and reiterate its commitment to assist Palestinians and Israelis in reaching the two-State solution.”

The Palestinian people, who now number more than eight million, live primarily in the Palestinian territory occupied by Israel since 1967, including East Jerusalem in Israel, neighboring Arab States, and in refugee camps in the region.

The International Day of Solidarity traditionally provides an opportunity for the international community to focus its attention on the fact that the “question of Palestine” remains unresolved. The Palestinian people have yet to attain their inalienable rights as defined by the General Assembly: the right to self-determination without external interference, the right to national independence and sovereignty, and the right to return to their homes and property, from which they have been displaced.

Palestinian people exist under a violently imposed apartheid system. The 1.8 million people of Gaza live in an open air prison in their own country. The people of Gaza are even denied free access to the rest of their country, the West Bank.

In addition to military controls, for the past decade Israel has imposed a land, air, and sea blockade of Gaza, stopping any country from providing aid to the Palestinian people. The blockade stops all food, medicine, building materials and other humanitarian aid from entering this country under siege.

The World Bank estimates that the GDP losses caused by the blockade since 2007 is above 50%. Gaza’s exports virtually disappeared since the imposition of the blockade, causing massive poverty and unemployment.

In May, 2018 Gaza citizens organized a non-violent “Great March of Return” along Israel’s border fence to demand an end to the blockade of Gaza. Amnesty International reported that the Israeli Defense forces, who shot protestors from on top of walls, killed over 150 people and injured at least 8,700 others, including 1,849 children, 424 women, 115 paramedics, and 115 journalists.

“More than 40 years ago, the General Assembly established an International Day of Solidarity with the Palestinian people to remind us of our collective, unfinished task of resolving the question of Palestine,” added Secretary-General Guterres.

Guterres urged Israel to lift restrictions on the movement of people and goods in the besieged Gaza Strip, stressing that the United Nations will “reaffirm our commitment to upholding the rights of the Palestinian people, and to building a future of peace, justice, security and dignity for Palestinians and Israelis alike.” 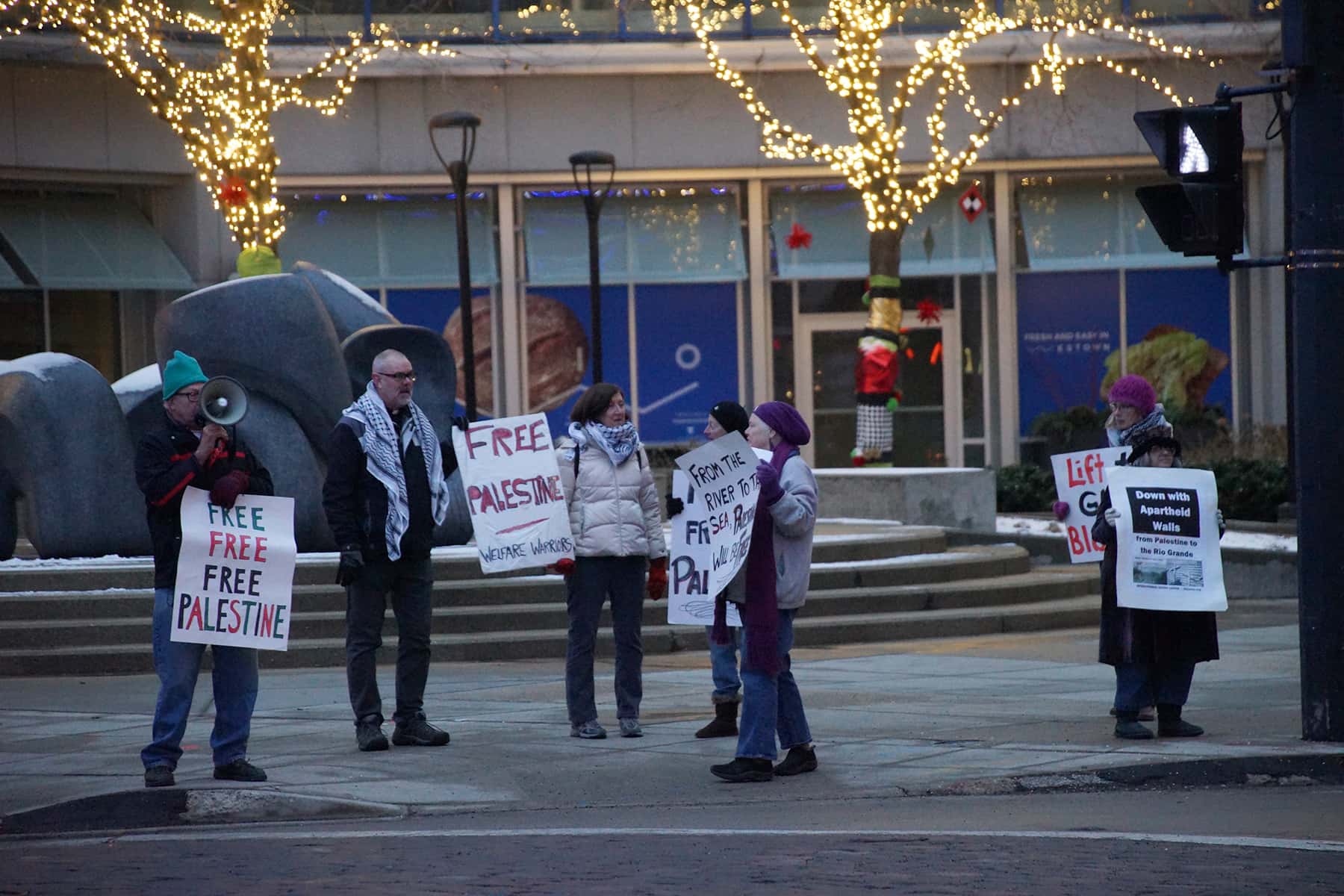 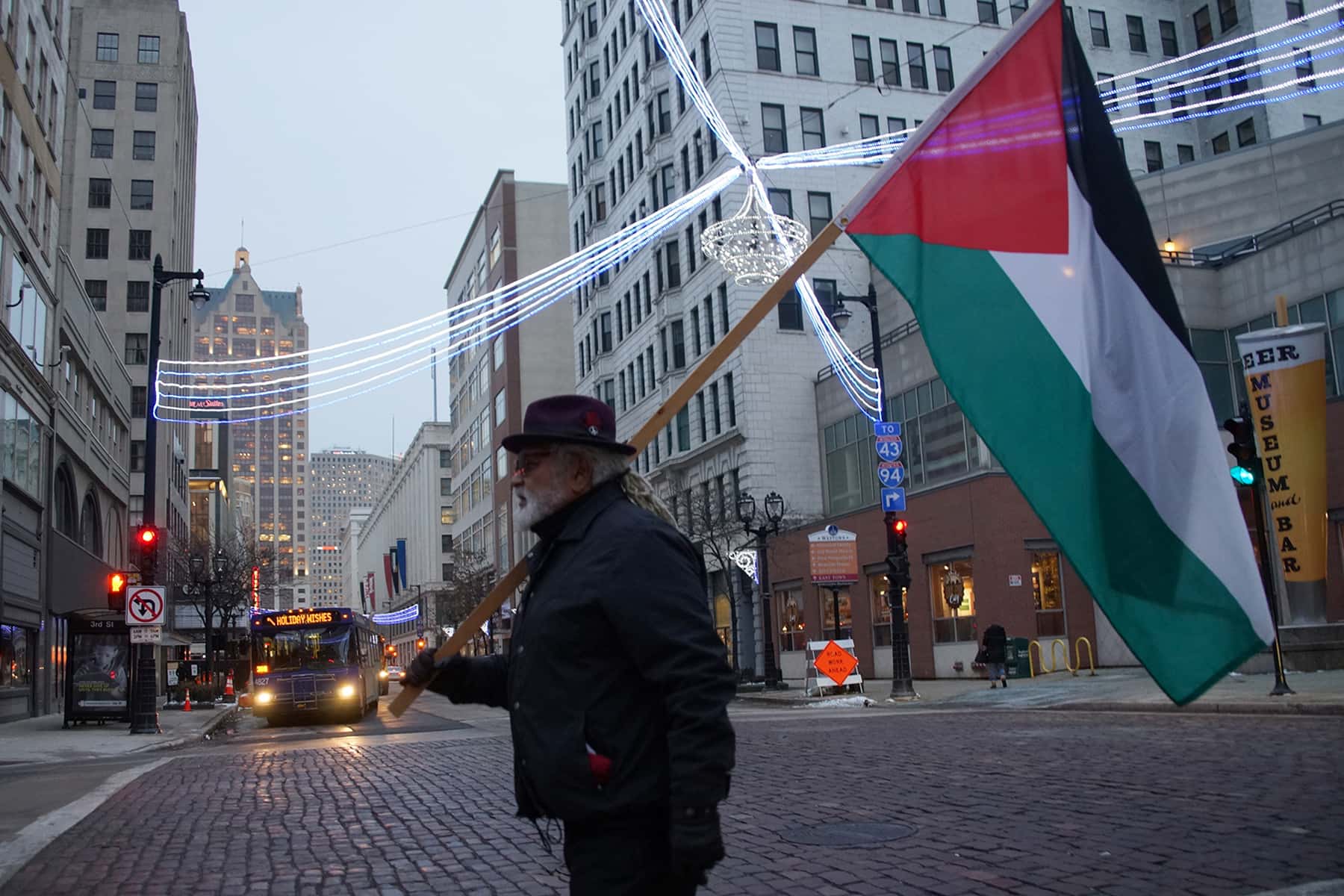 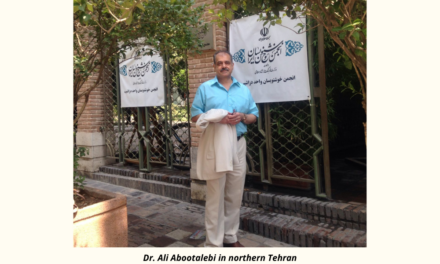 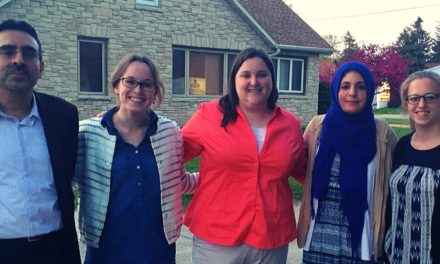 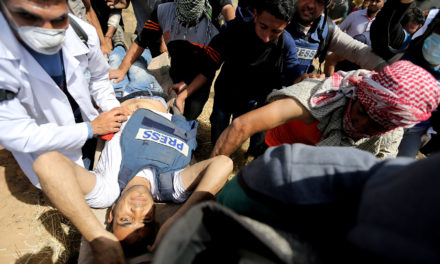 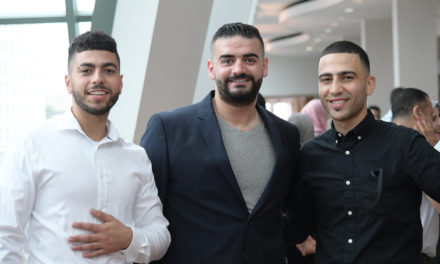