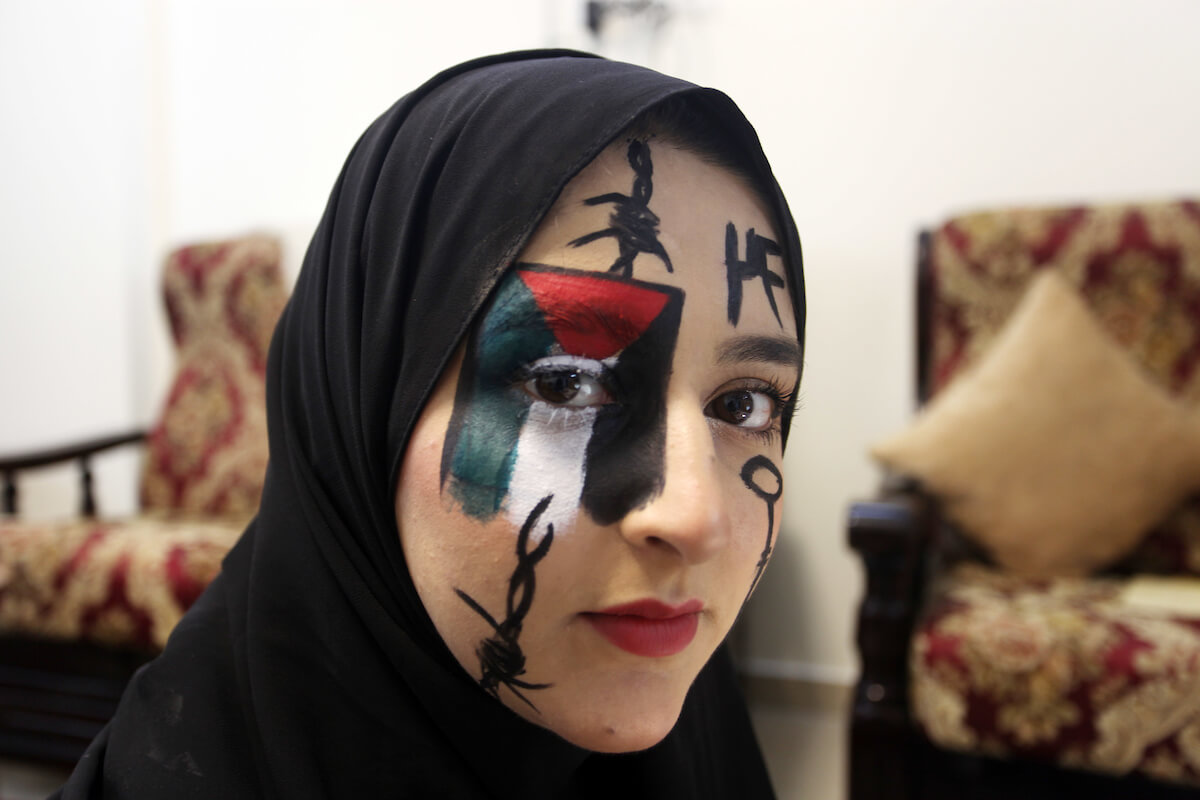 June 20 every year marks World Refugee Day, designated by the UN to honor refugees forced to flee their homeland to escape conflict or persecution around the globe. According to the UN, 20 people leave everything behind to escape war, persecution or terror every minute.

World Refugee Day this year comes as the world focuses on the humanitarian plight of the war in Ukraine. Statistics indicate that 14 million persons have been forced to leave their homes as a result of the war. In addition, the tragedy of the conflict in Syria continues into its 11th year, having forced 6.8 million people into refuge.

However, longest refugee tragedy is that of the Palestinians forcibly uprooted from their homes in 1948. Today, there are more than 7 million Palestinian refugees in Palestine and the diaspora. These refugees, their children, and grandchildren have waited for decades to exercise their natural right of returning to their towns and villages.

Palestinian refugees are those uprooted because of terrorist operations by Zionist militias during 1946 – 1948, as well as their children and grandchildren.

During what has come to be known as the Nakba, 750,000 Palestinians left their homes and villages because of massacres carried out by Zionist militias. Part of them fled to the Gaza Strip and West Bank inside the borders of historic Palestine. Others took refuge in nearby Arab countries, especially Jordan, Lebanon, and Syria.

Israel tries to mislead the world by propagating the lie that Palestinian refugees left their homes willingly. However, the truth is that Israel is responsible, not only for the ell-documented ethnic-cleansing massacres that took place, but also for preventing the refugees’ return. In 1950, the Israeli Knesset passed the Absentee Property Law allowing Israeli authorities takeover of Palestinian refugee properties. Israel used this law against Palestinian refugees to take their property and allocate it to Jewish migrants.

“refugees wishing to return to their homes and live at peace with their neighbors should be permitted to do so at the earliest practicable date, and that compensation should be paid for the property of those choosing not to return and for loss of or damage to property which, under principles of international law or equity, should be made good by the Governments or authorities responsible.”

The UN General Assembly acceptance of the Israeli request to join the UN in UNGA Resolution 273 was based on Israel’s commitment to implement UNGA Resolution 194 on the return of Palestinian refugees. However, Israel did not implement the return of refugees resolution, and has not up to this day, in violation of the conditions of Israel’s UN membership requirements. 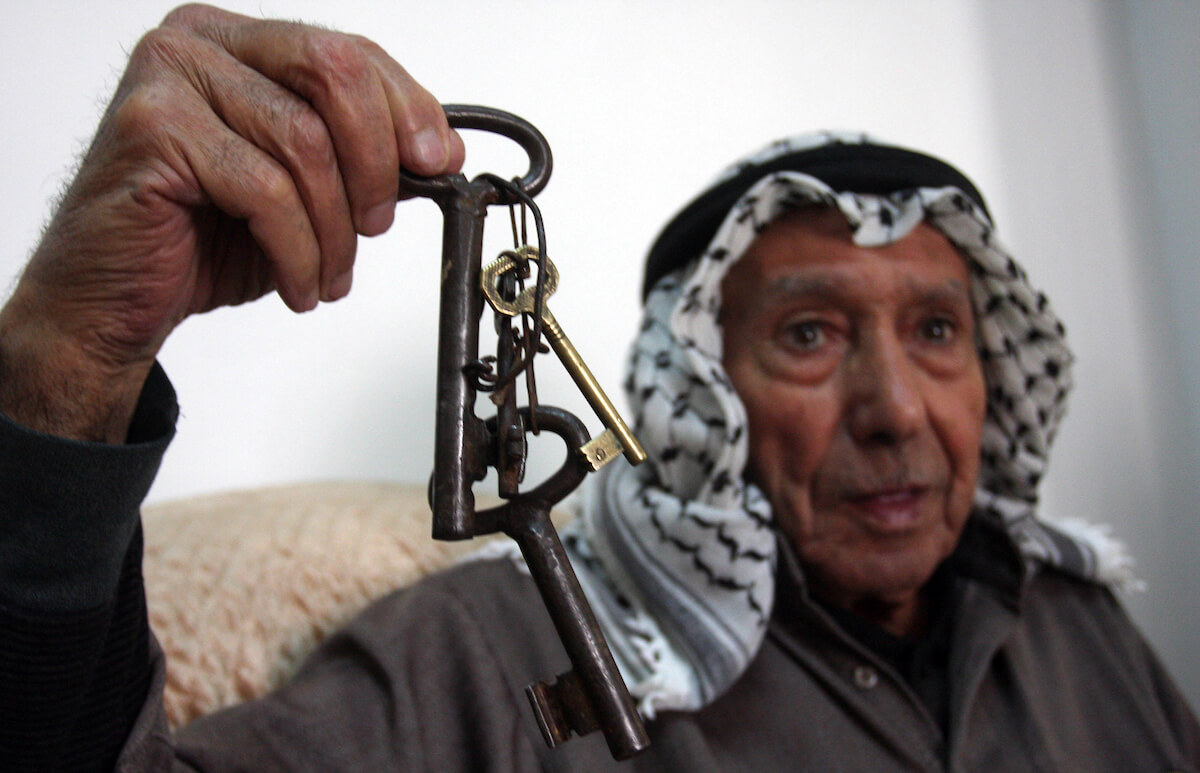 A PALESTINIAN REFUGEE HOLDS THE KEYS TO THE HOUSE HE WAS FORCED FROM IN 1948, IN THE AL JALAZOUN REFUGEE CAMP IN THE WEST BANK CITY OF RAMALLAH ON MAY 14 2012. (PHOTO: ISSAM RIMAWI/APA IMAGES)

Israel’s bet was that the right of return would be buried with the passing of the first generation of refugees. However, that bet failed as the belief in the right of return did not diminish in subsequent generations who were born in the diaspora. Israel and her Western supporters tried on more than one occasion to bypass the right but, they have failed because no Palestinian leadership ever had the authority to concede it. The right of return in the Palestinian psyche is above politics. It is a non-negotiable, inalienable right.

Palestinian refugee have kept their property documents and house keys safe till today; and pass them down from generation to the next. The names of refugees’ hometowns and villages are visible in the names of streets and neighborhoods, which is sufficient evidence of the deep-rooted dream of return. 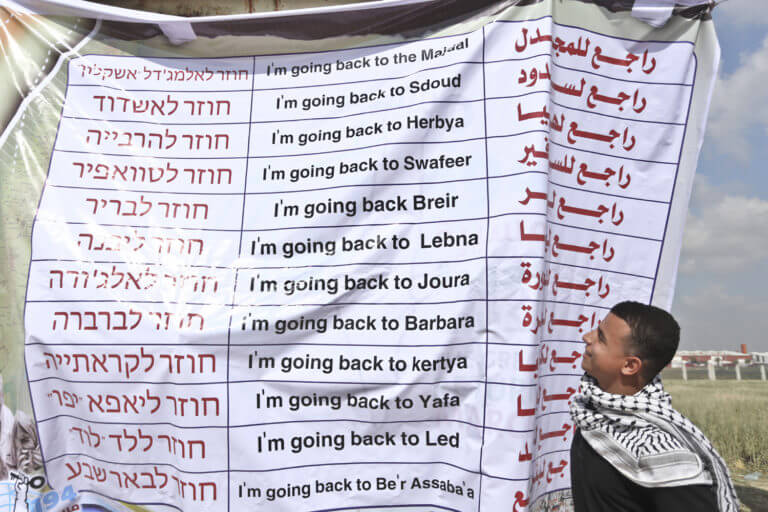 A YOUNG PALESTINIAN LOOKS AT A POSTER LISTING THE VILLAGES THAT DEMONSTRATORS AT THE GREAT MARCH OF RETURN PLAN TO RETURN TO ONCE THE PALESTINIAN RIGHT OF RETURN IS HONORED, MARCH 30, 2018. (PHOTO: MOHAMMED ASAD)

The right of return is the essence of the Palestinian cause. Israel’s unfortunate luck is that it was established by the ethnic cleansing of another people. Thus, Israel is trying to swim against the tides of history by seeking stability and security in a state founded at the expense of another people. Israel is highly sensitive to the right of return because it views it as an existential threat. However, Palestinian refugees and all those who believe in human rights and justice worldwide need not take into account Israeli calculations, based on apartheid and aggression. In simple terms, a Palestinian refugee wants to go home irrelevant of other concerns.

Israel decided that it would be a state for Jews only. This project collided with the existence of the Palestinian people. Israel wanted to change this reality via the forced uprooting of the indigenous population. However, the problem did not disappear because the refugees did not melt away; and still cling to their right of return.

Israel does not have a land area problem. It still exerts considerable effort to assimilate Jewish migrants from around the globe and give them Israeli citizenship. During times of crises, such as the one currently in Ukraine, Israel grasps the opportunity to convince Jews – Ukrainian ones in this case – to migrate to Palestine and receive Israeli citizenship.

When Palestinian refugees dreaming of return see strangers land in Ben Gurion Airport, receive welcome from Israel, and obtain its citizenship, they wonder with an overwhelmed feeling of oppression, “why can we not return like that?”

Palestinians tried through the peaceful Great Return March to go back to their homes. They were met with Israel fire that killed them.

The only explanation for the contradiction between the open arms Israel shows to migrants from thousands of miles away versus the gunshots refugees receive from across the Gaza perimeter fence is that Israel is an apartheid state. It believes in the rights and well-being of Jews only. To Israel, non-Jews do not deserve life—even if they are the original inhabitants of the land.