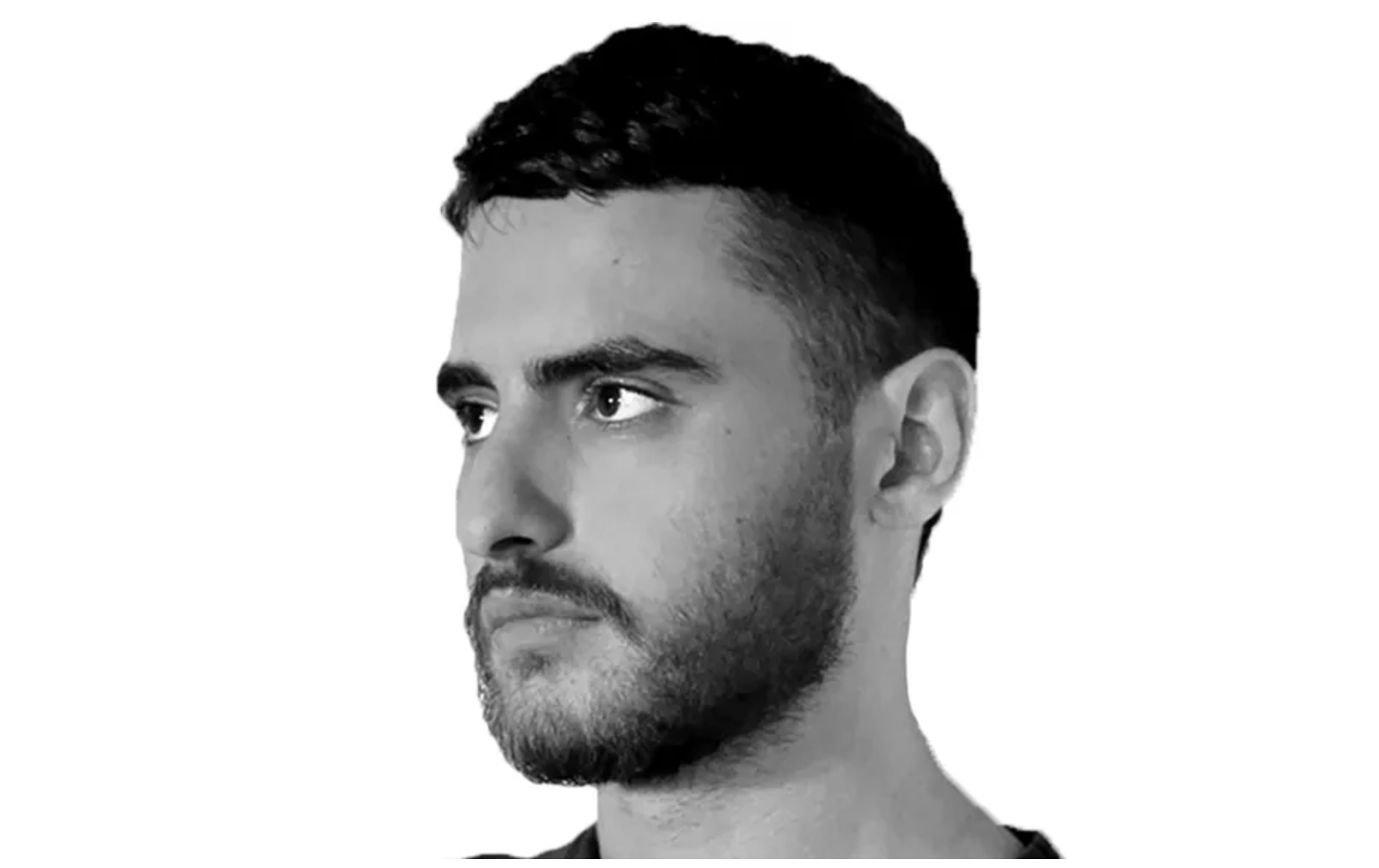 An interview with Mohammed El-Kurd about his fearless grandmother, Palestinian literature, and why the paper of record needs a Palestine correspondent.

Mohammed El-Kurd is a Palestinian poet, writer, and activist who grew up in the East Jerusalem neighborhood of Sheikh Jarrah. When he was 11 years old, settlers carrying rifles and backpacks, and supported by the Israeli army, took over half his house.

This spring, El-Kurd returned to Palestine from the United States, where he was studying for his MFA, to fight a renewed push to expel his family and neighbors from their homes. In the process, he helped spark what has come to be known as the Unity Intifada. He has since been named one of the 100 most influential people of 2021 by Time, and The Nation recently tapped him as our inaugural Palestine correspondent. In October, he published a book of poetry, Rifqa. Our conversation has been edited for length and clarity.

NE: You grew up in a home besieged by settlers. Can you give us a quick background on that takeover, for audiences who are not familiar with that story?

MEK: Like many homes in Palestine, our home was taken over in 2009 by settlers who were supported by policemen and the army. And they took over our home on a falsified basis, utilizing a judicial system that is inherently colonial. And we saw a resurgence of these dispossession orders this past year, not only in Sheikh Jarrah, but in neighborhoods, like Silwan.

NE: Can you tell us about that experience?

MEK: It’s not unique that our house was taken over by settlers. What was unique is that our house became this kind of media hub to which many journalists, many activists, many people came. And in a lot of ways, we were constantly on display. Coming home from school every day, I had to speak to a group of internationals and tell them about what’s happening. And I was like 11, 12, 13, 14. This, in a lot of ways, functioned as a media training for me. It also highlighted this idea that what we talk about is not a metaphor. When we talk about this regime, which demolishes homes or takes over homes, these settlers who commit colonial violence, it’s not in our distant memory—it is in our backyards.

And it’s not just me—it’s thousands of Palestinians who grow up in similar circumstances, but each case has its own nuance that isolates you from relating to other Palestinians. So, in our case, we had settlers living in half our home, which gave us sympathy and solidarity from people but also gave us many critiques from people, like “How do you accept this upon yourself?” As if we had a choice in it. And it’s a big battle to live in as a child, not just the physical force and violence of the policeman or the settlers with rifles, but also the violence of living with the misinterpretations of others. The reality you encounter is constantly denied. As a child, you’re forced to reckon with these definitions that people have of you, this representation of your reality that’s nowhere near what’s happening on the ground. And that really messes with you.

NE: As you’ve noted, you’ve been doing this media work since you were a kid; when you were 11, you were featured as the protagonist of a documentary called My Neighborhood. Can you speak about the responsibility of sharing the story of Palestinians, on behalf of Palestinians, from such a young age?

MEK: I think the documentary, like many other documentaries about the cause, has contributed positively to raising awareness. But I also think—and this is not about the documentary, but in general—being a charming 11-year-old and being in a documentary, and then being 14 years old and speaking at the European Parliament, I think this is an era that we need to exit. There is no reason for us to be burdening our children with the responsibility of persuading American and European audiences, politicians, and diplomats, just because they are too racist to sit at the table with a Palestinian adult whose razor-sharp critiques could potentially offend said politician for their complicity in the Israeli occupation. I think that we have created this dynamic in which the only voice safe enough to present to Mitch McConnell or to present to Chuck Schumer is the Palestinian child. And I think that that era needs to end. I think we need to enter an era of political power, an era of equal playing fields.

NE: This brings us to the question: how has the Unity Intifada reshaped the way people understand the Palestinian struggle for freedom?

MEK: Well, I can answer this in a very personal sense. In Arabic, there’s this proverb: Somebody else’s troubles make your troubles look like nothing. I’ve always thought my whole life that losing my home is not a big deal. I’ve genuinely always thought: “We’re losing our home, but at least we’re not getting shot. At least we’re not getting our residency revoked.” And I think this most recent uprising has taught me that it actually matters that I stay in my home. My presence actually matters. And this hierarchy, which tells me that my oppression does not matter, no longer exists in my mind. This hierarchy, which is this extension of these colonial borders—both the cement barriers, but also these colonial delusions in our minds that have fragmented our realities as Palestinians—all of these things have come crashing down. I think that’s one of the lessons we learned this summer, that Palestinians are all facing this colonial violence in its various forms and can always have a role to play in rebelling against it.

NE: What do you think that that the Unity Intifada portends for us in terms of this new young leadership?

And I think it has shown us a new, decentralized approach to struggle, one that is authentic and true to the Palestinian street, one that is unafraid and not held hostage by the international aid complex. All these things that kind of tie our hands and zip our mouths weren’t present this time around, and I think that’s really important to learn from.

NE: Can you tell us about your book of poetry, Rifqa, and how you came into your role as a writer?

MEK: The book is basically an homage to my grandmother, Rifqa. To me, she represented this matriarch who said the truth, no matter who was on the opposite end. And this kind of disregard of the power imbalance inspired me to strive to be fearless. And I wanted to translate that in the book.

NE: Your mom is also a writer.

NE: I can’t help but see in you a legacy of our greatest writers, Mahmoud Darwish and Ghassan Kanafani, who were very politically active while producing fiction and creating.

MEK: Thank you so much—it’s really humbling to hear it. These writers were particularly formative for me. They were my teachers. You know, one of my favorite Palestinian authors of all time, Rashid Hussein, in 1936, there was this absentee law or something that allowed the authorities to seize people’s lands, and it was this hard-to-access legal declaration, and he wrote a poem called “God is a Refugee.” And in the poem, he is being satirical, sarcastic, explaining this law to Palestinians. These are the things that taught me what it means to utilize language in a powerful way, what it means to rearticulate things and go against official state language, even call out state language as propaganda, and then offer the public this reinterpretation, this way you see things as a person on the ground. This is what I learned from them.

And I hope there is a resurgence of this kind of Palestinian tradition in which authors and writers are engaged politically because we know we possess a freedom that our political leaders do not have. We are not chained to these institutions that keep us hostage to the wishes of the international community, to the ethnocentric standard of Western civility. We can actually kick our feet up on the table and say, “This is what I believe.” And that is powerful to people who are watching. I hope and strive to be part of that tradition.

MEK: I think we are constantly in the center of American decision-making, of American conversation, as a topic—but as a people who have political or narrative agency, we are absent. So it is only right to center Palestinian voices, perspectives, visions, in the narrative-shaping machine that is the media. 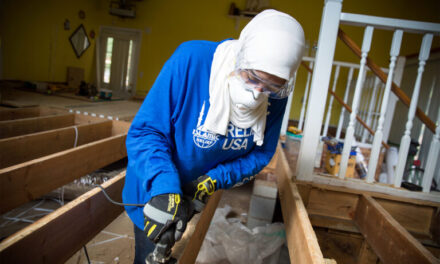 Across America, Muslims are becoming a fixture on the disaster relief landscape