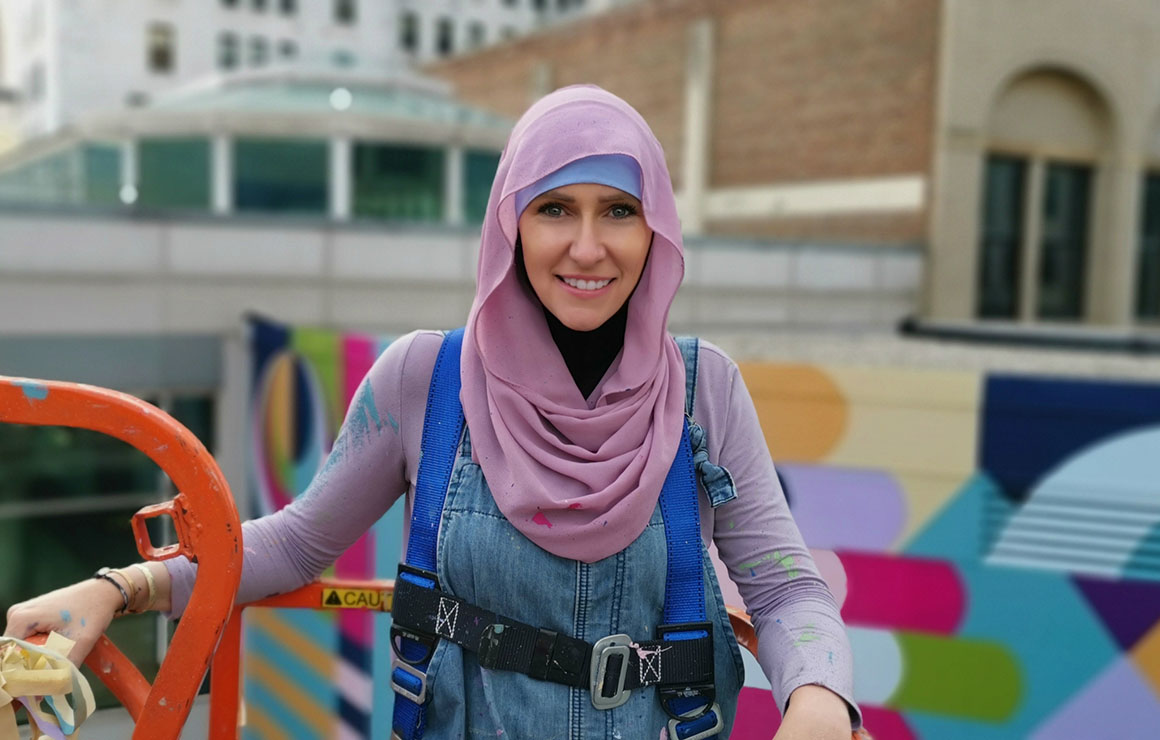 Jaime Brown of Kenosha often incorporates symbolism from her Native American culture into her artwork.

When the City of Milwaukee commissioned internationally acclaimed artist Jaime Brown, a Muslim from Kenosha, to create a mural for the 2nd Street Skywalk, she thought about the connections she shares with the neighborhood—Native American heritage.

“My roots are with the Ojibwe Tribe near White Earth,” she explained. “The Milwaukee area is home for many Natives of different tribes.”

She created “Kindred” in 2020, a colorful mural filled with subtle Native American symbolism. Embedded among its bright geometrical shapes are a rising sun, a shoreline and waterfront, an inverted symbol for community and wigwams. “The connection for me was to be in Milwaukee weaving my own background into a mural with Native symbolism hidden in plain sight.”

Meanwhile, a Milwaukee chef honors her Native American heritage and her Islamic faith through cooking.

“Cooking is a sacred act,” said Malina Schweinert, creator of “halal global fusion” recipes. Native Americans pay respect to animals and thank them for giving their lives for our nourishment, she noted. Muslims bless animals, saying the name of God over them before they are slaughtered.

“Native American culture, no matter what tribe you are from, and Islam both have a sacred attitude and common values—to protect the earth, respect animals, honor our elders. These are values I want to hold on to.”

Each November, America celebrates Native American Heritage Month, recognizing “the rich histories and diverse cultures of Indigenous people and communities,” the U.S. Department of Interior’s website explains. This year’s theme, “Revitalizing Indigenous Connections,” encourages reflection “on how the living bonds of history and culture must be continually honored, maintained and renewed with each generation.” 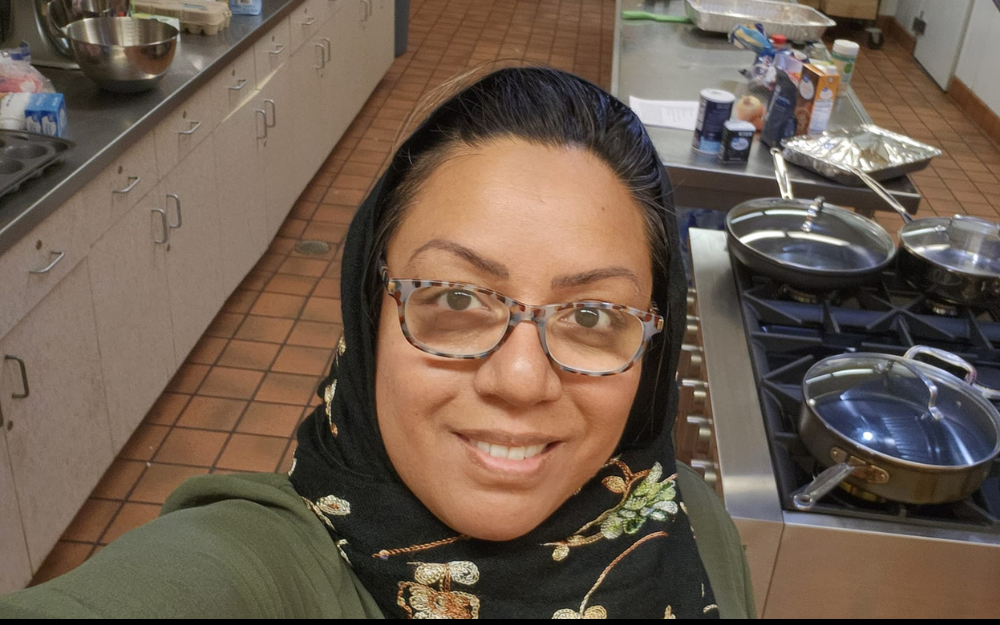 Handing down traditions through stories and art

“When I was growing up, my mom told my sister and me stories about her childhood and stories about our other relatives, some who live in cities and some on reservations,” Brown said. These stories remind Brown that her roots in Wisconsin run deep. 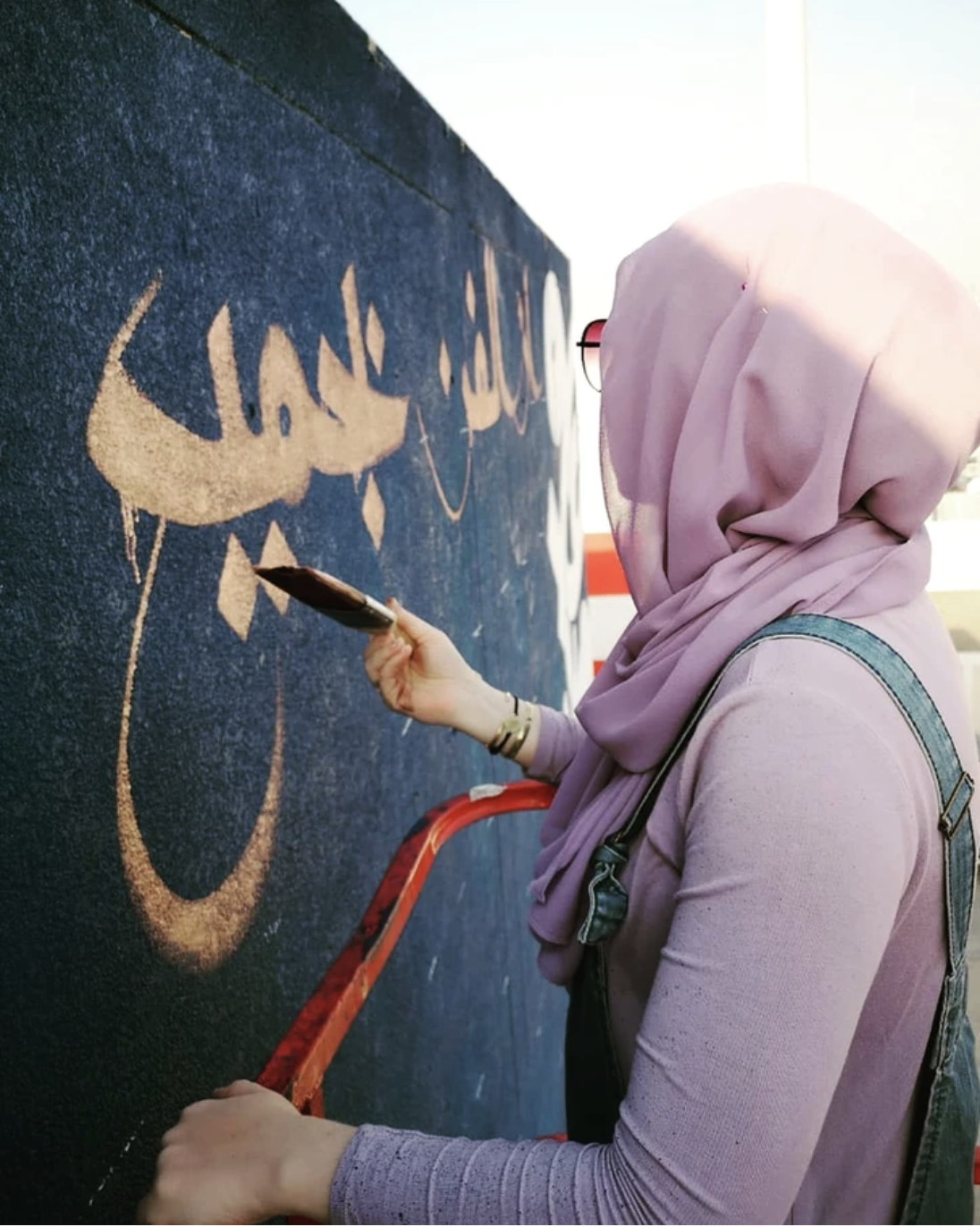 She recalled a favorite story about the visit of a distant relative that taught her not to value possessions too much. “My mom’s childhood home felt like an open house all the time,” she recalled her mother telling her. “Family members, friends, acquaintances—whoever needed a place to stay was welcomed.”

“A relative she barely knew visited,” Brown said. “This relative had a really nice, handmade leather jacket that was mind-blowing to my mom. My mom said how much she liked it and the lady insisted she take it. That’s the culture. If someone compliments something you have and you have to give it to them. She was obligated. My mom loved it and proudly wore it all around.

“Mom also had a beautiful blanket someone had given her. Three months later, the distant relative returned and saw the blanket. She really loved it. So, guess what? My mom had to give it to her. That’s how it goes.

“This story is a very good reminder we shouldn’t be too attached to things. We shouldn’t value worldly possessions. Things come and go. We might have custody of something for a while, but just as it came, it might slip away.”

Family stories like this one remind Brown she is “truly tied to this land with roots planted as deep in the soil as possible,” she said.

Likewise, Brown shares the lessons of her Native American heritage through her art. “I try to incorporate Native symbolism in my geometric work when it’s relevant and appropriate,” she said.

Returning to her roots

Schweinert describes the culture she was raised in as “very typical American.” She had heard of great grandparents who were Native American and had even seen pictures, but that part of her heritage had not played prominently in her childhood.

As an adult, she started doing her own research into her family history.

She knew her family was “Apache” from the Southwest. But “Apache” is a Spanish word for enemy. “They are great warriors who fought off the Spanish. They are a group of tribes, not one tribe. I’m still researching,” she said.

Schweinert laments so much Native American culture has been lost.

“We are living in a time when people need to be educated about our cultures,” she told WMJ. “We are losing some of our values, our sacred rituals and a sense of our ancestors.

“The rituals that strengthened our community before colonization, values and beliefs that had so much meaning, have been replaced with consumerism, commercialism and mass production, which are taking a toll on everyone in America.

“The bonds we had through language and ideals passed down have been broken. Children taken out of their homes and put into public school systems were taught different ideals. Now the fourth and fifth generations are losing our language.

“And this leads us to Christianity,” Schweinert said. “I identified as a Christian for most of my life.

“I was taught to worship an image of a white savior. That idea was used as an ideological weapon on people who lived on this continent. Converting them to Christianity was a way to say, ‘Forget your values.’  It was forced upon people.

“To break free from that as I did, I did research,” Schweinert said. “It’s important BIPOC to go back to their roots rather than follow this system. That’s the beginning of our peace. “

Schweinert’s journey led her to Islam.

“With Islam, I discovered rituals again,” she said. “Gaining a sense of forgiveness through washing for prayer. It gives so much peace. Every time, you start off fresh, ready to stand before God.

“Praying five times a day and fasting for Ramadan are rituals that separate you from the hustle and bustle of working to live and living to work. It centers you.”

Fitting in as a Muslim 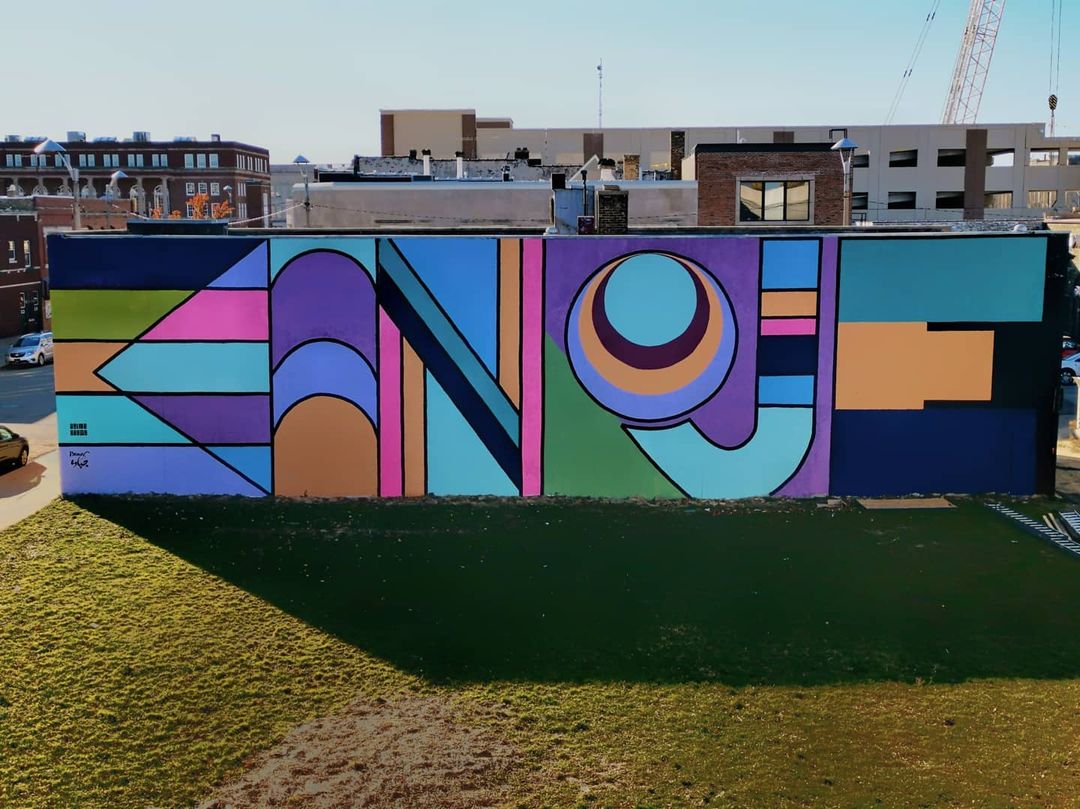 “Kinoje”  in the Ojibwe language means “pike” and the pike fish has great significance in Kenosha, muralist Jaime Brown’s hometown.

Brown and Schweinert, both wearing hijabs, stand out among their fellow Native Americans.

Brown says they are “definitely” surprised to learn she is Muslim but are very accepting of her.

“The Anishinaabe community has been very open and welcoming to me and although my beliefs aren’t exactly the same as theirs, we still share a common bond and sense of community,” she said.

Schweinert has taught cooking classes on Ute Mountain Tribe reservations in Utah and Colorado. “I wear hijab all the time. When I go to a reservation, they ask where I’m from and wonder if I’m Native American. I answer, “Yes. My religion is Islam but I’m from Wisconsin.”

“Then they say to me, ‘We don’t see a lot of headscarves here.’”

Connections between their heritage and faith

Brown and Schweinert see common values across the Native American and Islamic cultures, they said.

“Both cultures place a high priority in family values, respect for elders and maintaining a deep spiritual connection, all while serving the community,” Brown noted.

“Islam takes us back to a connection with our Creator,” Schweinert said. “It takes us back to modesty, sustainability and other values found in Native American cultures, like treating the earth and others with respect.” 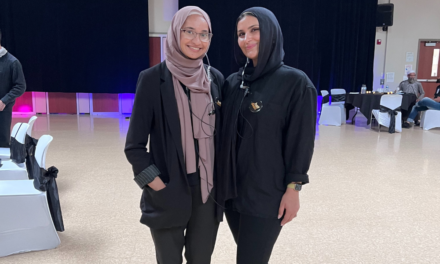 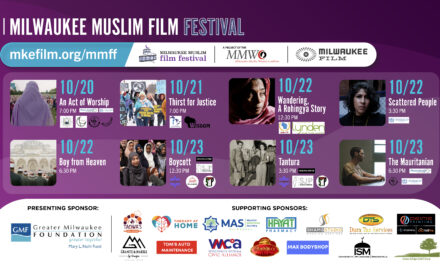