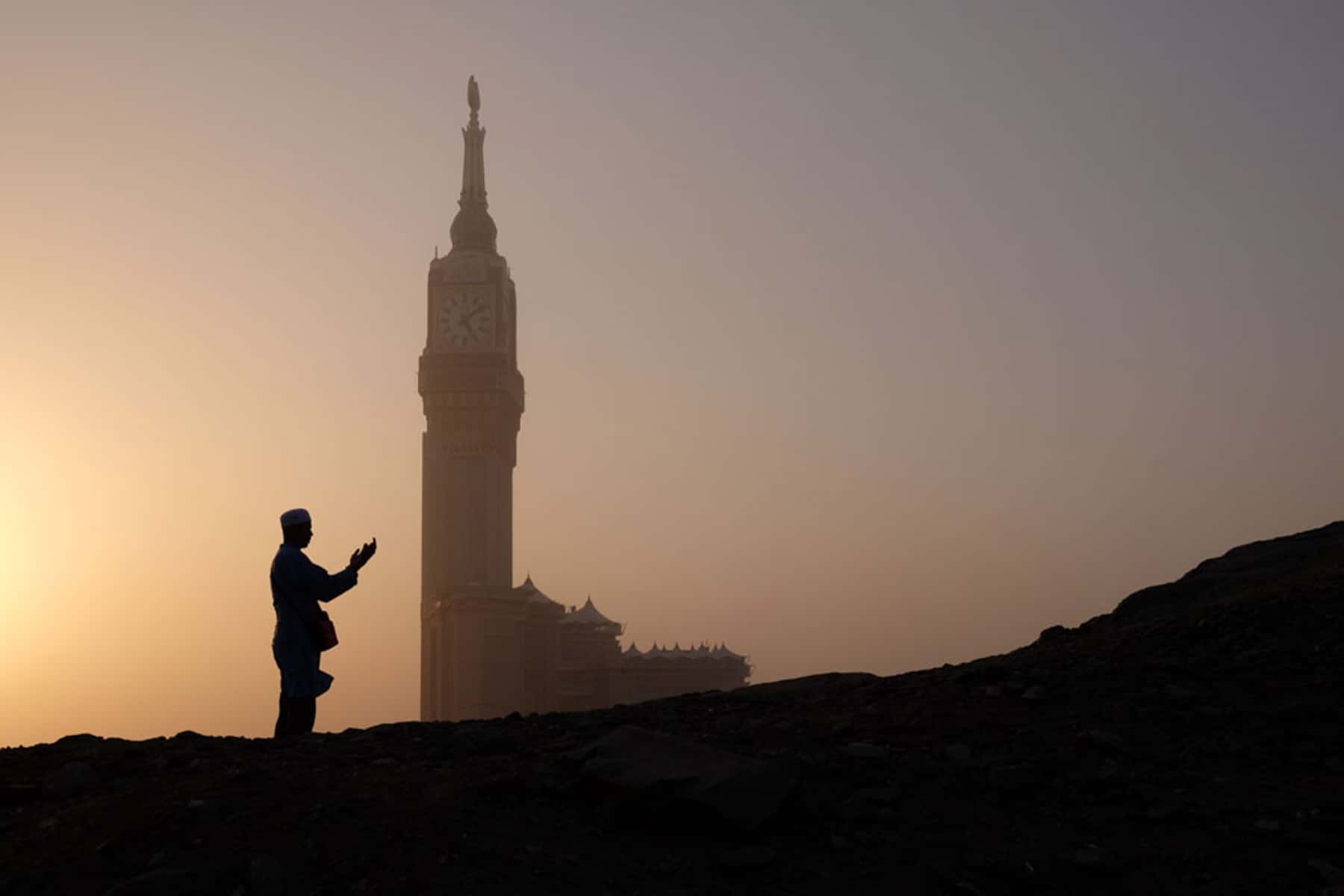 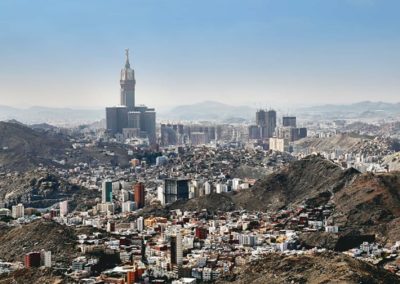 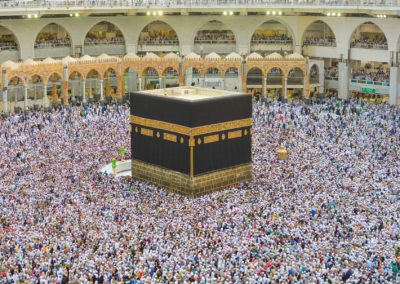 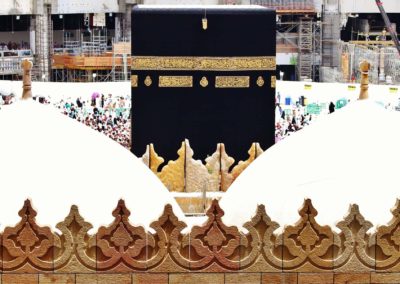 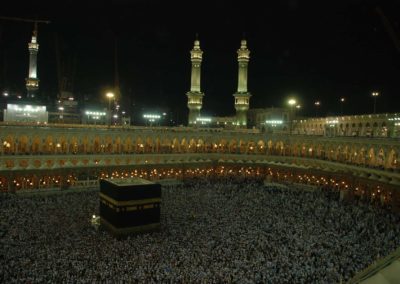 There are 1.7 million Muslims flocking into Holy City of Mecca in Saudi Arabia every year to attend the pilgrimage, called the hajj. It is a one-time obligation for Muslims who have sufficient financial and physical ability.

There are 1.7 million Muslims flocking into Holy City of Mecca in Saudi Arabia every year to attend the pilgrimage, often called the Hajj / Haji. The Hajj is a one-time obligation for Muslims who have sufficient financial and physical ability. What significance does the Hajj partake?

Among the top countries that visit Mecca for Hajj purpose are: Indonesia, Russia, India, Cuba, Fiji, the United States, Nigeria, Malaysia. Most of them visit during the last month of Muslim Lunar Year. Pilgrims are wearing white plain garments, which differ between men and women. Women wear plain white dresses with head scarves, often called Hijab. And men wear unstitched seamless clothing around their body. These humble uniforms symbolise that everyone is in the same level, regardless of wealth or status.

Pilgrimage is one of the five pillars of Islamic practice. The other pillars are namely: profession of faith, five daily prayers, charity and Ramadan fast.

Quoting the Quran, “Proclaim to men the pilgrimage: they will come to thee on foot and on every lean camel, coming from every remote path.” During the pilgrimage, Muslim people track back events from prophets, mainly Ibrahim and Ismail.

The pilgrimage starts from circling the Holy Kaaba. The black, cube-shaped house of God is located at the center of Mecca which is the direction of the daily prayers for exactly seven times. In the process, people often kiss, approach or touch the Kaaba for the sign of their devoted faith and respect.

The Kaaba signifies the story of Ibrahim, whom God commanded to sacrifice his then only son, Ismail. The black stone where Ibrahim sat when God called him to sacrifice Ismail is believed to be located inside Kaaba.

Afterwards, Pilgrims proceed to walk 100 meters from Kaaba, to hills called “Safa” and “Marwah.” In the Quran, those two hills were where Hajar (Egyptian slave girl, wife of Ibrahim) looking for water and cried for God’s help when Ibrahim left Hajar and her new-born son in the desert, as per God’s instruction. Afterwards, God rewarded Hajar with a well, which is currently known as “Zamzam Well”. This well’s water is usually drunk and taken home by the pilgrims for blessings.

On the next day, Pilgrims continue their journey to the plains of Arafat, where the pilgrims set up tents, spend time with one another and perform prayers. Then, the journey proceeds to Mount of Mercy, an open plain near Mecca where Muhammad gave his farewell sermon. In this open plain, it is believed that the spirit of God comes closer to Earth. In various personal experience, this communion with God is felt by the Pilgrims.

Moving on to a tent city called Mina, which is about 5 kilometres away from Mecca. In this city, Ibrahim’s faith was challenged and tempted by Satan to disobey God’s order to sacrifice Ismail. However, Ibrahim still held on to his faith and still attempted to sacrifice Ismail, who was also willing to be sacrificed. To commemorate this event, Pilgrims throw small stones at a stone pillar in Mina.

In the Quran, as Ibrahim attempted to sacrifice Ismail, God intervened and asked Ibrahim to sacrifice a ram instead. Muslims all over the world celebrate this in the festival called Eid al-Adha.

During the next few days, Pilgrims repeat the throwing stone ritual in Mina (at least six more times) and go around Kaaba for at least one more time. Then, they transition slowly into their everyday clothes to indicate their transition back to worldly life.

According to the Muslims’ faith, these processes can absolve them from sins if God accept their pilgrimage. 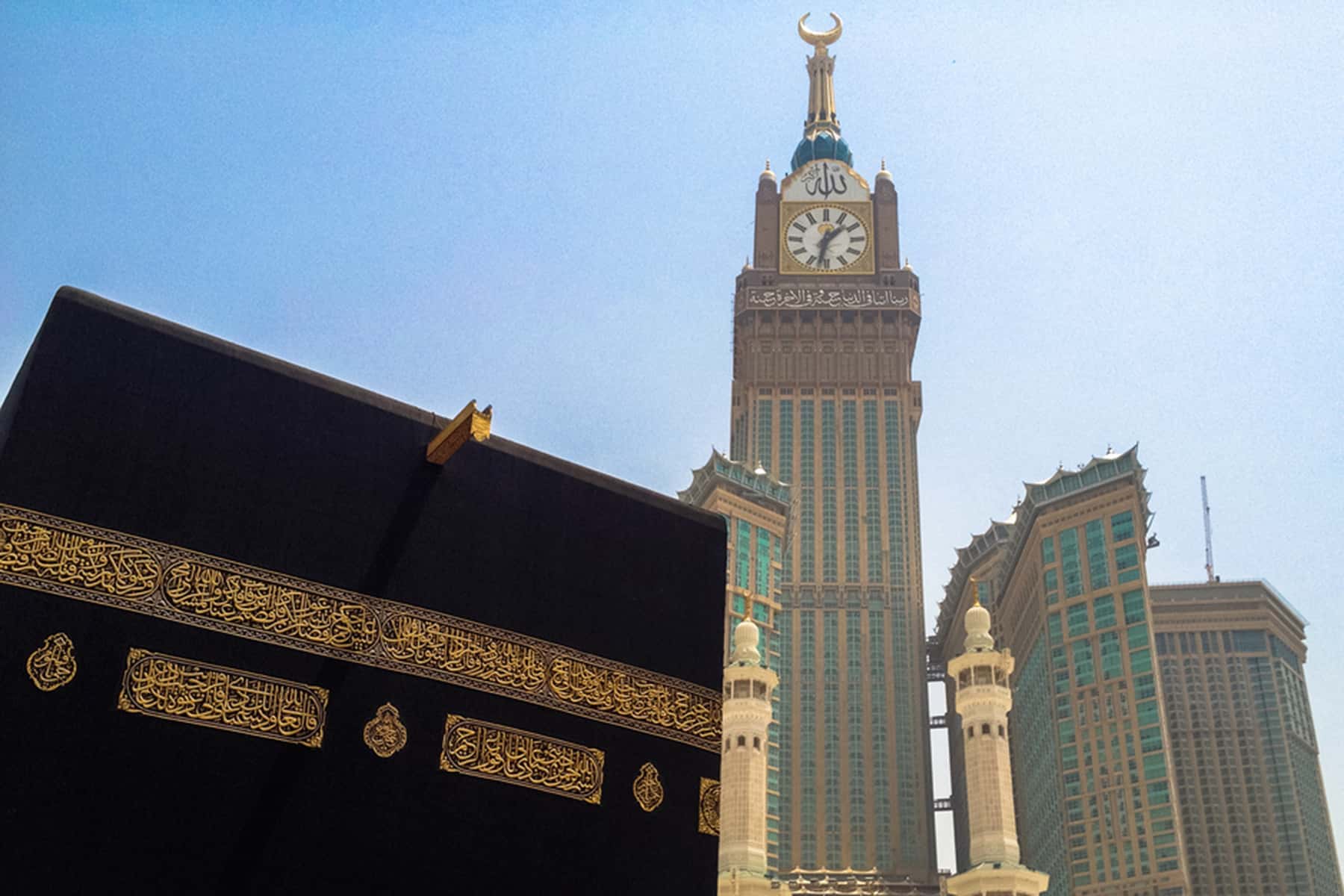 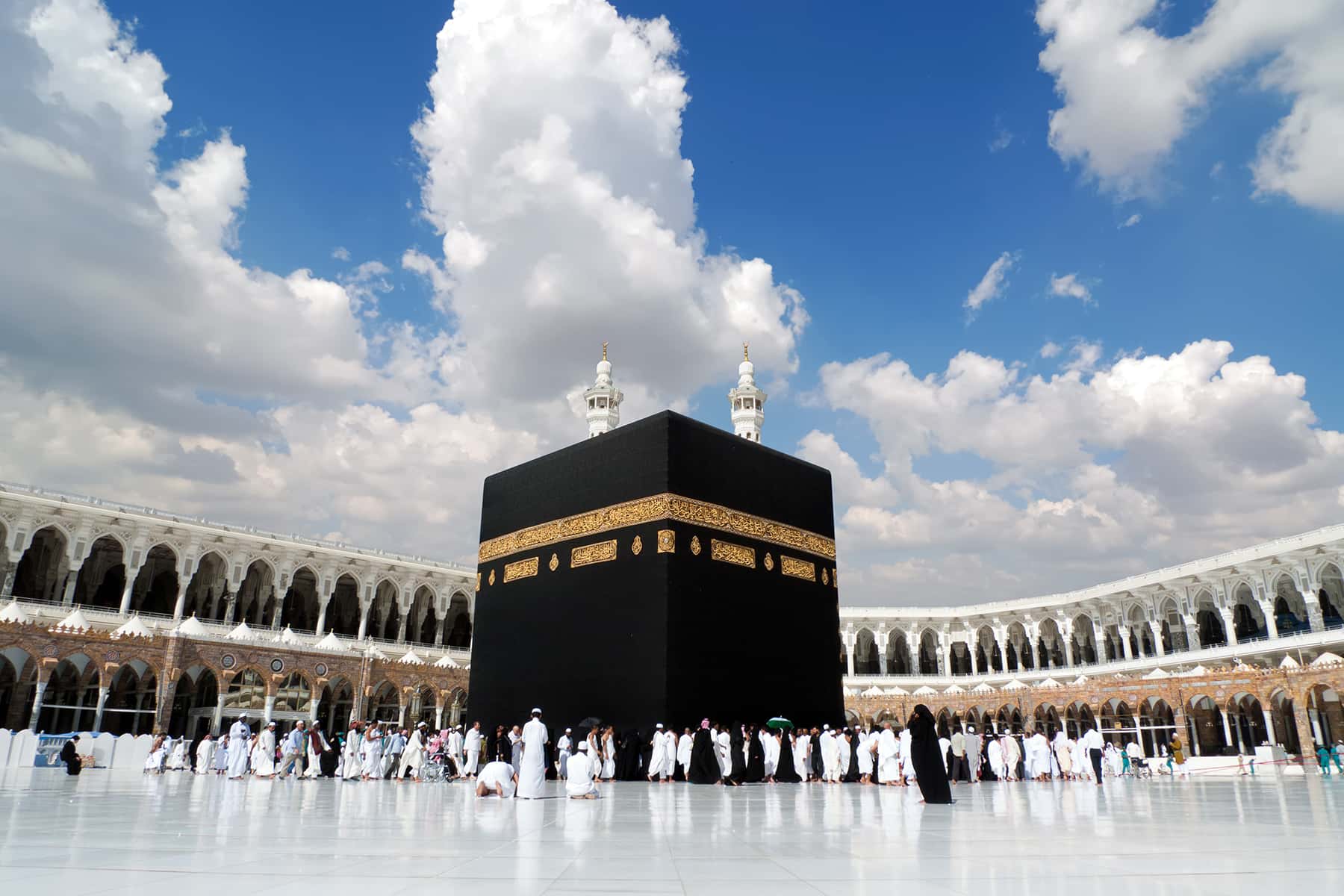 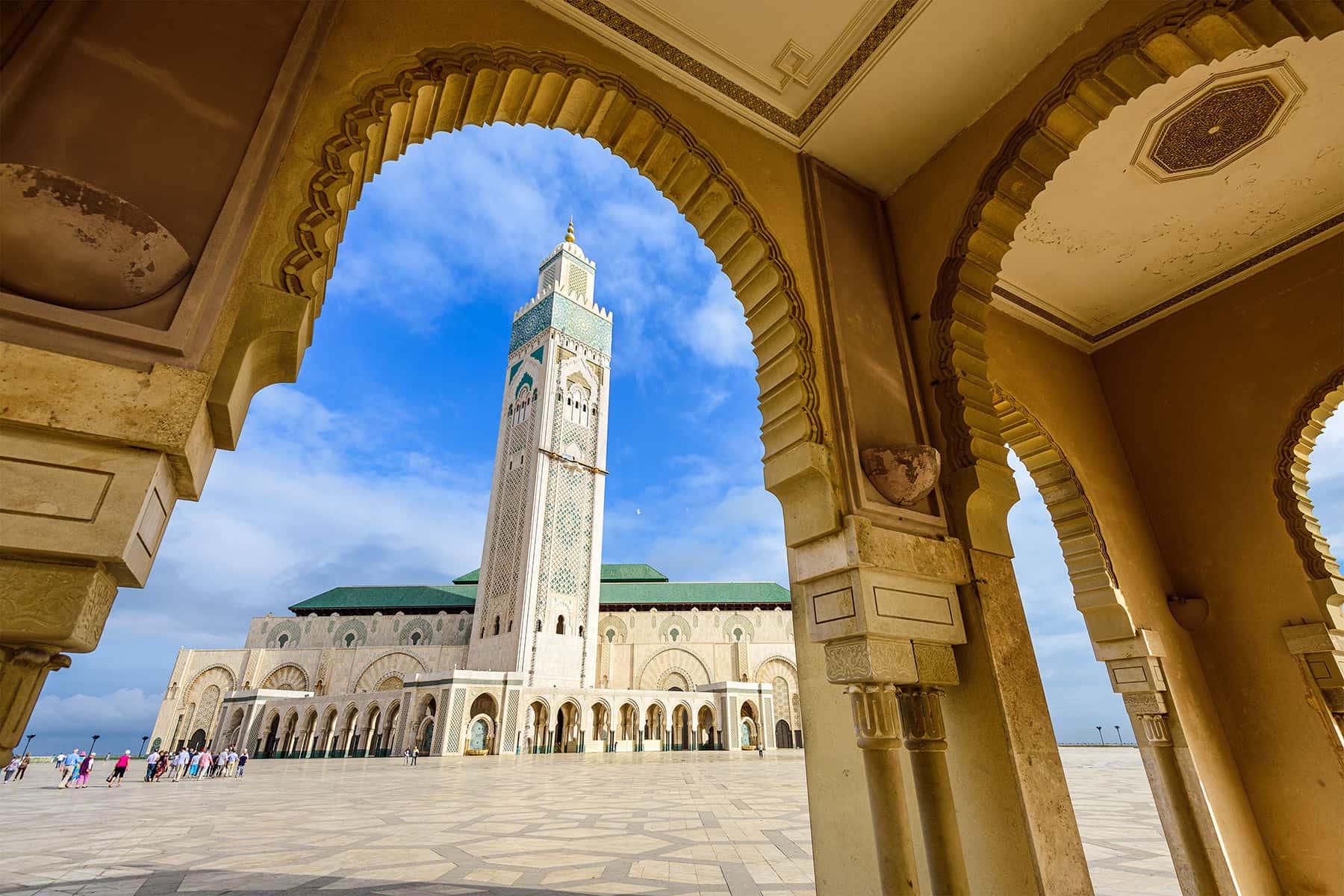 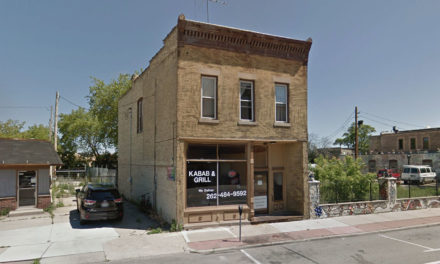